Home » Sport » Mayo tactics after half-time may have cost them against Dublin: Sky Sports panel reaction

Mayo tactics after half-time may have cost them against Dublin: Sky Sports panel reaction 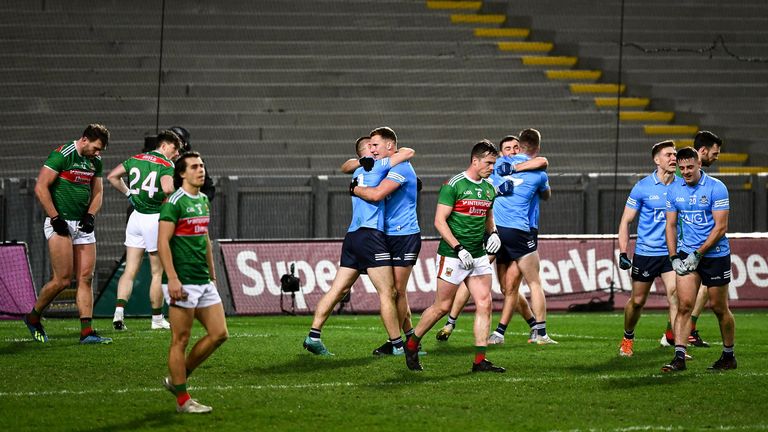 Mayo’s wait for a first All-Ireland title since 1951 goes on, after the Connacht champions put in a spirited display but ultimately fell short against Dublin.

James Horan was keen to note the positives, and there are reasons for optimism going forward.

But the westerners may lament their inability to capitalise on their numerical advantage in the second half.

Dublin’s Robbie McDaid was shown a black card on the stroke of half-time, meaning the Sky Blues would play with 14 men for the first 10 minutes after the restart.

Mayo trailed by two at the break, and Sky Sports pundit Kieran Donaghy feels Mayo did not make enough use of the extra man, as they deployed a sweeper.

“James Horan has to get a lot of credit for getting so much right,” said Donaghy.

“[But] I think when he wakes up tomorrow morning, he will be disappointed with this.

“They had to go for it. You need to attack the game. There’s no tomorrow in an All-Ireland final. You’re not going to beat a team who is going for six-in-a-row by being conservative. And it was a slightly conservative move. Dublin being so smart, Cluxton came out as an extra guy, Mayo played a sweeper back in front, so now it’s 13-against-13 out around the middle of the field which is what it was normally. So they never availed of that advantage, which was disappointing for them because they only reeled in one point in that 10-minute [period].

“I think they will be disappointed. Going with a sweeper was conservative; maybe going with a James Carr – someone who is going to take the game to Dublin and maybe open them up. Or putting Aidan O’Shea into full-forward. Make Dublin react to what you’re doing.

“Dublin came out, saw the sweeper back there, and they were delighted.” 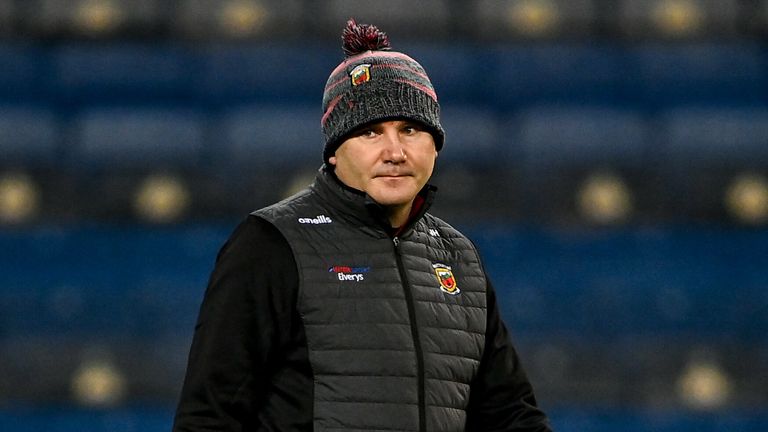 Peter Canavan was in full agreement.

“At half-time, we spoke of how the third quarter was so important for Mayo to surge ahead, and they didn’t do that,” said the former Tyrone star.

“Dublin’s game management as the game got tight was superb. The biggest compliment I can pay Mayo is that they made Dublin look very ordinary at times. It was probably, by Dublin’s standards, an average enough performance.

“But this Dublin side, apart from having very skilful and talented players, they have lads who can dig deep. And they were made to work hard, they were made to fight very hard. And for a team who has won so much, they weren’t found wanting in that department either.” 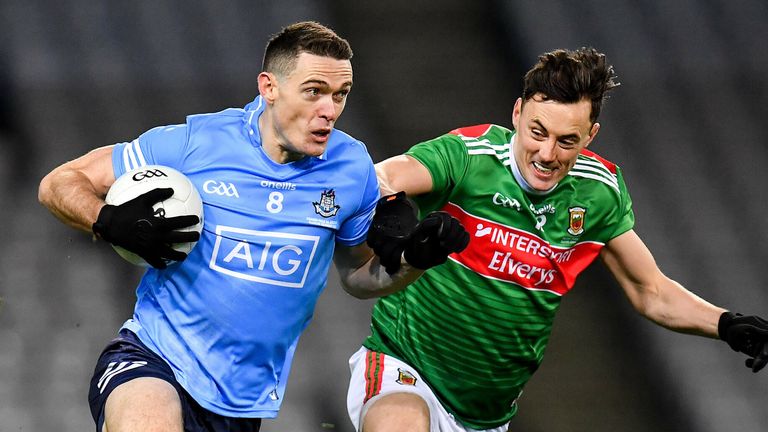 Dublin are champs once more

It was a dominant campaign from start to finish for the men from the capital. And perhaps their standout performer has been Ciarán Kilkenny.

The Castleknock star has been widely regarded as one of the best footballers in the game over recent years, but stepped up a level this year and he is right in the mix to be named Footballer of the Year.

The 27-year-old made a successful transition into the full-forward line, and was a constant threat all year. He kicked three points in the final win over Mayo, capping a stunning season.

“Kilkenny is right in there for Player of the Year along with Con and probably Fenton and Cillian O’Connor,” said Donaghy. 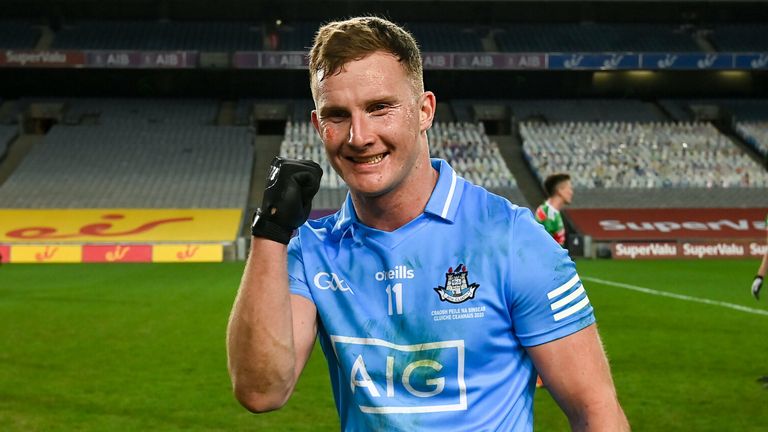 “He took on a new position. He has to get major credit for what he was able to do, by going into full-forward.

“He was famous for his point-guard role at centre-forward, getting 30 or 40 possessions, playing it through the lines, taking the odd point when he got it.

“It was a huge challenge [to switch], and fair play to Dessie Farrell for saying ‘we’re going to switch you up this year, you’re going to go in a bit more’. He bullied Kerry once or twice under a few high balls in last year’s replay. But I think he said ‘yeah we can get something out of this fella’. Outstanding, outstanding player.

“Full-forward is a hard position to play in the modern game. You don’t get as many touches as you want. When he was [further] out, he was used to getting 40 touches a game, getting on the ball all the time. A full-forward has to be a lot more patient. You might touch the ball 15 times if you have a good game. So that’s a huge one for him to take.

“He showed his class. He didn’t say ‘I’m the best centre-forward in the country, why am I being moved?’

“This Dublin group don’t get enough credit for their internal leadership, how they are able to adapt to what they are asked to do. They deserve more credit for that.” “I totally agree. Ciarán Kilkenny has shown his class this year, by playing a different position for long periods in a lot of these games and the way he adapted to that position,” said the Donegal native.

“He has made himself more dangerous in how he brought other people in the play, in a different way he does to when he’s 11.

“It gives them more flexibility moving forward. It means he could play on the 45 now, equally as good [at full-foward]. He is very close now to Player of the Year.” 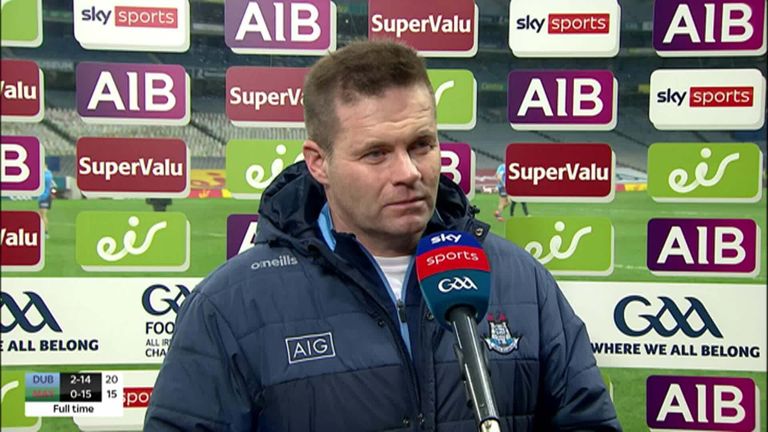 Overall, McGuinness feels the Dubs were a step above the competition in 2020.

“James McCarthy as well for me was immense. He is a seriously strong, aggressive, powerful player who doesn’t mind going down and dirty, and he also has leadership skills. Those three for me really stood out for them.

“The way they managed the game was very, very impressive. They know exactly the tempo of the game; when to speed it up and when to slow it down. Finding those players in the pocket to pop the ball over the bar at vital moments. So they are just an incredibly polished team at every facet. We’ve spoken about that all year. It’s going to take an amazing jolt from somebody to knock them off this perch.”

Tune into Inside The Game on Wednesday evening on Sky Sports Mix, as our pundits review the final, as well as the season as a whole.