Home » Sport » Mikel Arteta must ditch flops and blood youth if Arsenal are to avoid shock relegation.. just like Bertie Mee in 1974-75

Mikel Arteta must ditch flops and blood youth if Arsenal are to avoid shock relegation.. just like Bertie Mee in 1974-75 ARSENAL have now lost FOUR home Premier League games in a row – it's time Mikel Arteta trusted his talented youngsters outside of the Europa League.

The youth stars are playing with imagination and fluency in Europe, albeit against weaker opposition. 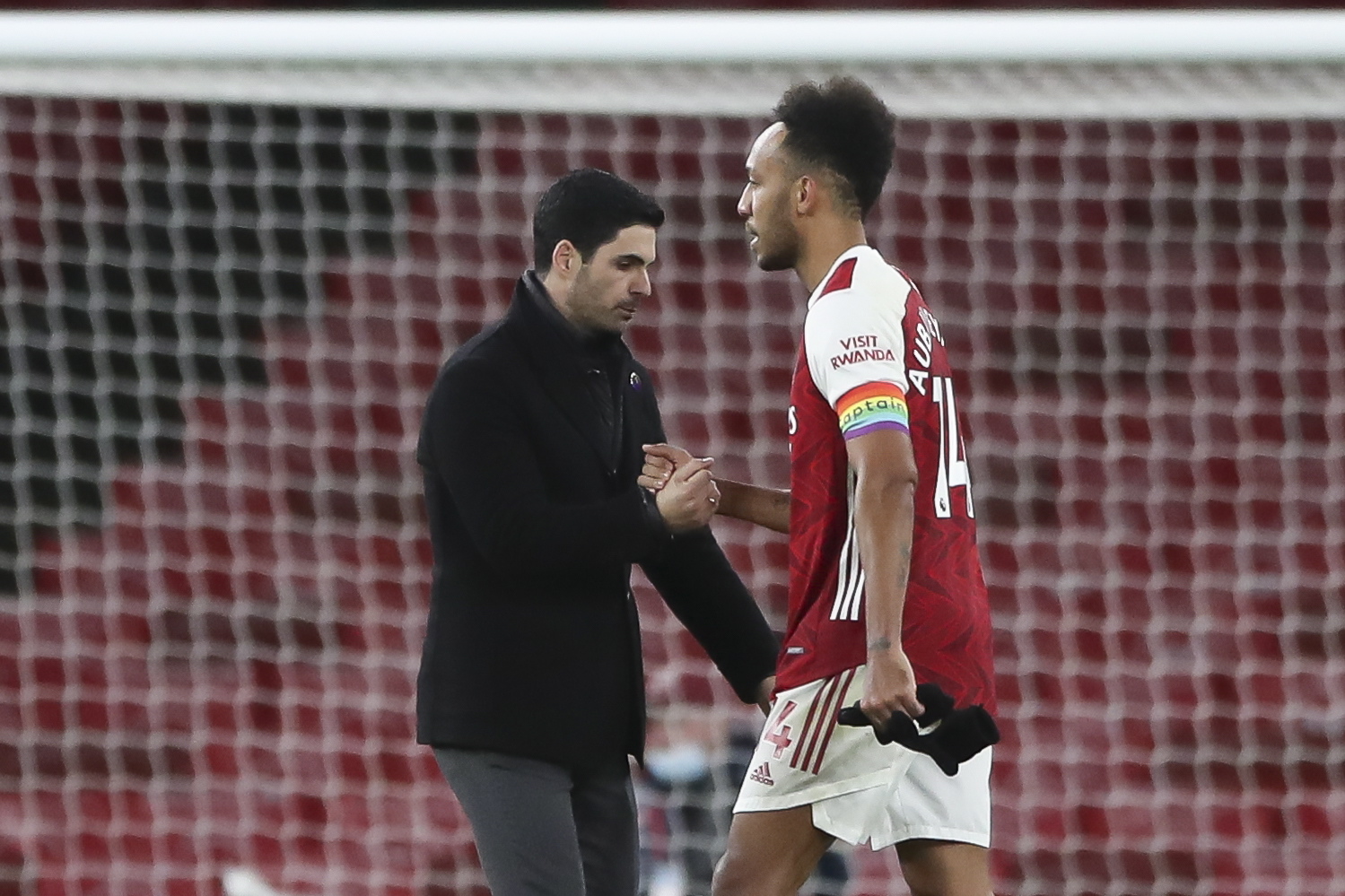 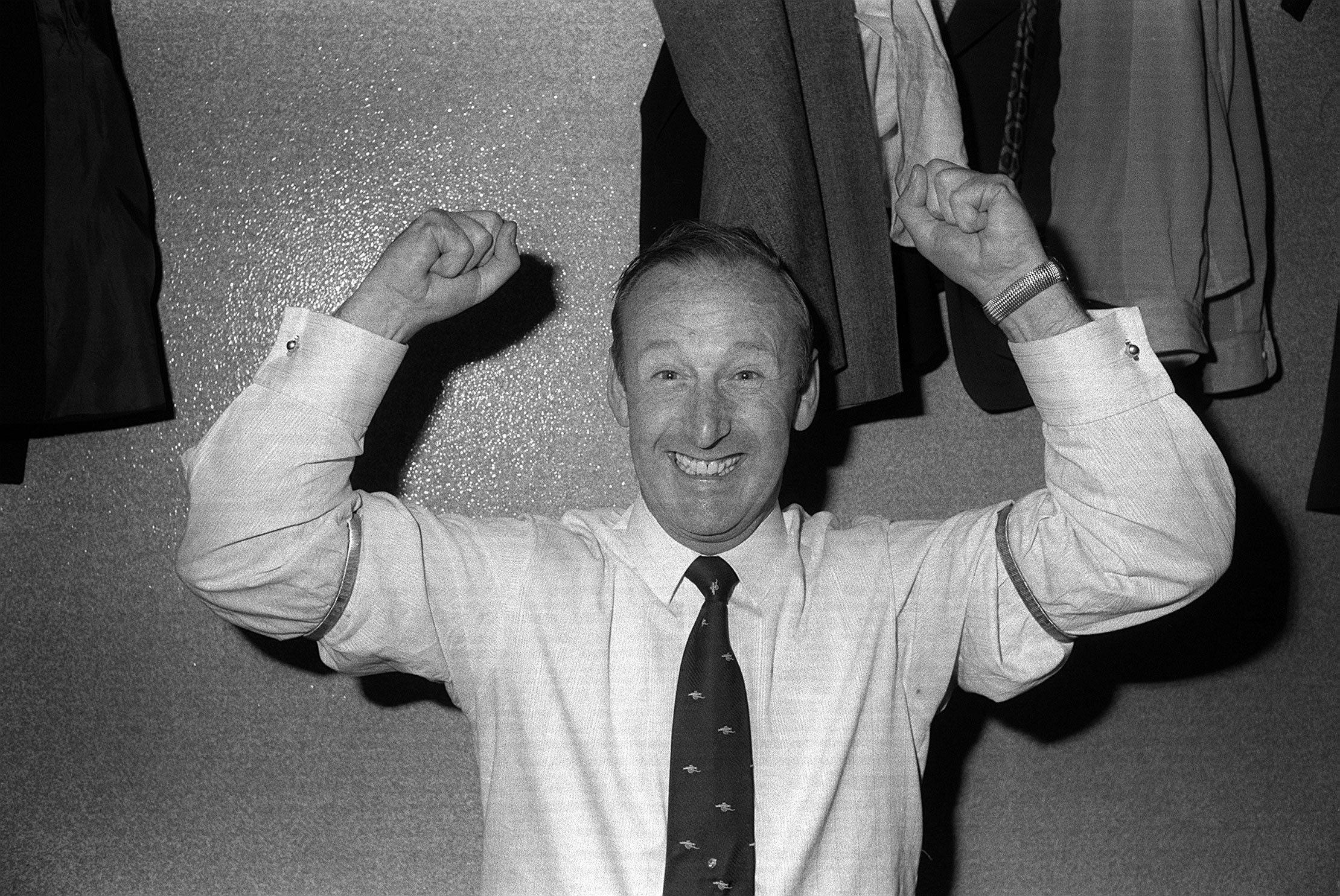 But in the league, the experienced so-called 'stars' are stuttering from bad to worse – and Sunday's hideous home defeat to lowly Burnley may finally prove the catalyst for change.

With many sections of the fanbase calling for the Spaniard’s head, Wednesday’s match against a confident Southampton, has ‘win or bust’ written all over it.

Fortunately for Arteta, circumstances beyond his control may just save his skin.

In 2014-15, struggling Arsene Wenger was saved following a spate of injuries to his midfielders, forced to throw unlikely duo Francis Coquelin and Santi Cazorla together.

And now, Granit Xhaka and Hector Bellerin being unavailable may just prove a real blessing.

As the two longest-serving players in the squad, the experienced duo should be exactly what Arteta needs – consistent and reliable role models.

Neither, in my view, has risen to the challenge and both have deserved ‘resting’ sooner.

Hopefully on Wednesday, we will see the manager freshen up the team and add some much-needed vim and vigour. 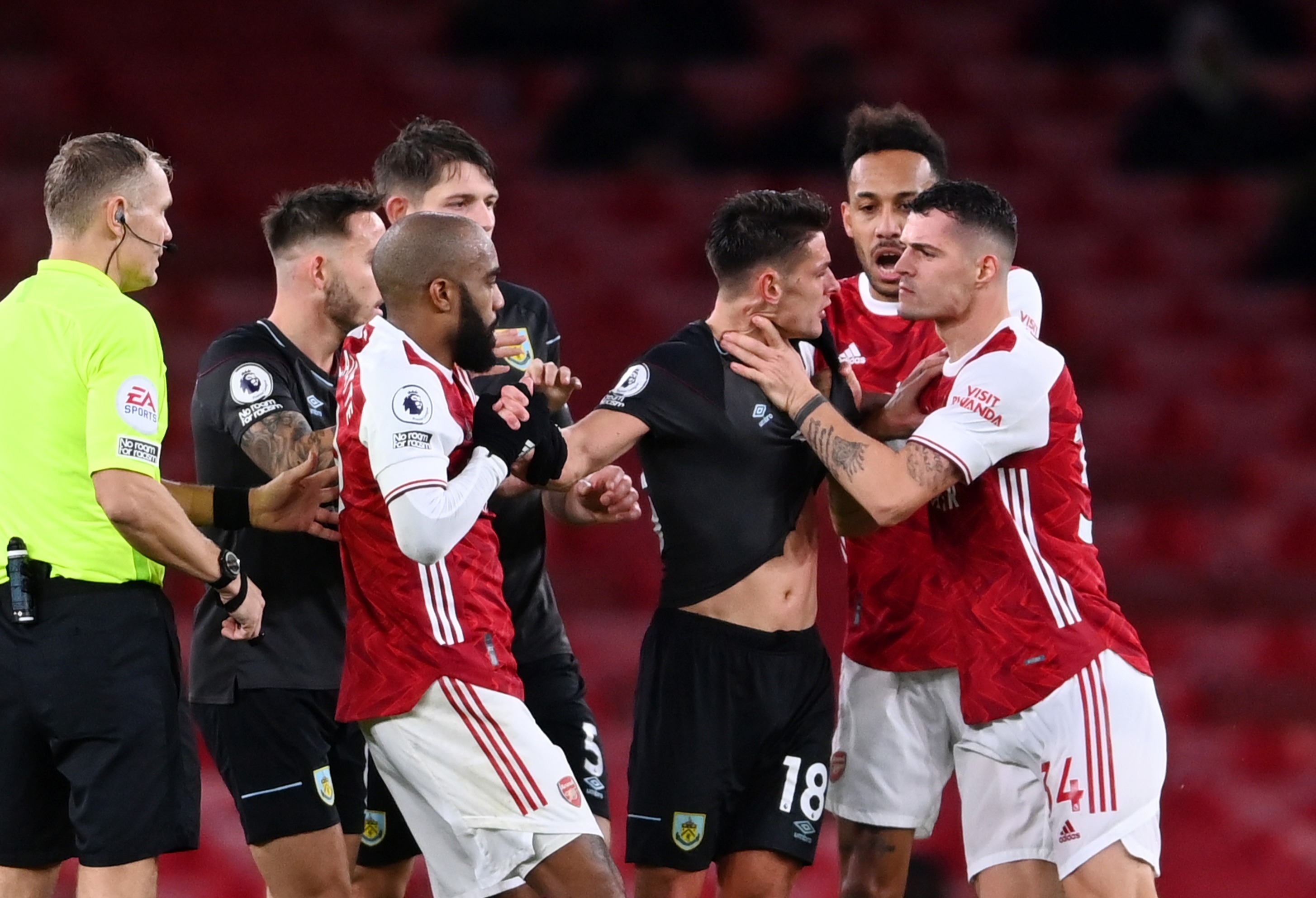 Interestingly, the current malaise represents the club’s worst start to a top-flight season since 1974-75.

That season, Bertie Mee – exasperated with his underperforming senior stars – began to blood a talented crop of younger players to spice up his aging double winners.

Brian Hornsby, came in up front for the legendary Radford during the run-in, scoring a few goals to help avoid the drop.

Long-standing understudy Sammy Nelson, then just 24, took over from Bob McNabb in  March, when relegation was still a very real concern.

The 1974-75 Arsenal side were one of those sides labelled 'too good to go down' – and this 2020-21 crop, fresh from their recent FA Cup success are in a similar position.

Just as Mee did nearly 40 years ago, Arteta needs to swallow his pride, stop relying on under-performing seniors and give some of his younger hopefuls their opportunity to shine and both his job and Arsenal's season.

Reiss Nelson will hope to join thriving Bukayo Saka in having a regular spot in the first-team – and with both Willian and Nicolas Pepe struggling, he could be the perfect starter against Southampton.

While many will call for Ainsley Maitland-Niles to start in place of Bellerin, I would suggest Cedric Soares be given the spot having earned his shot based on his Thursday evening showings this term. 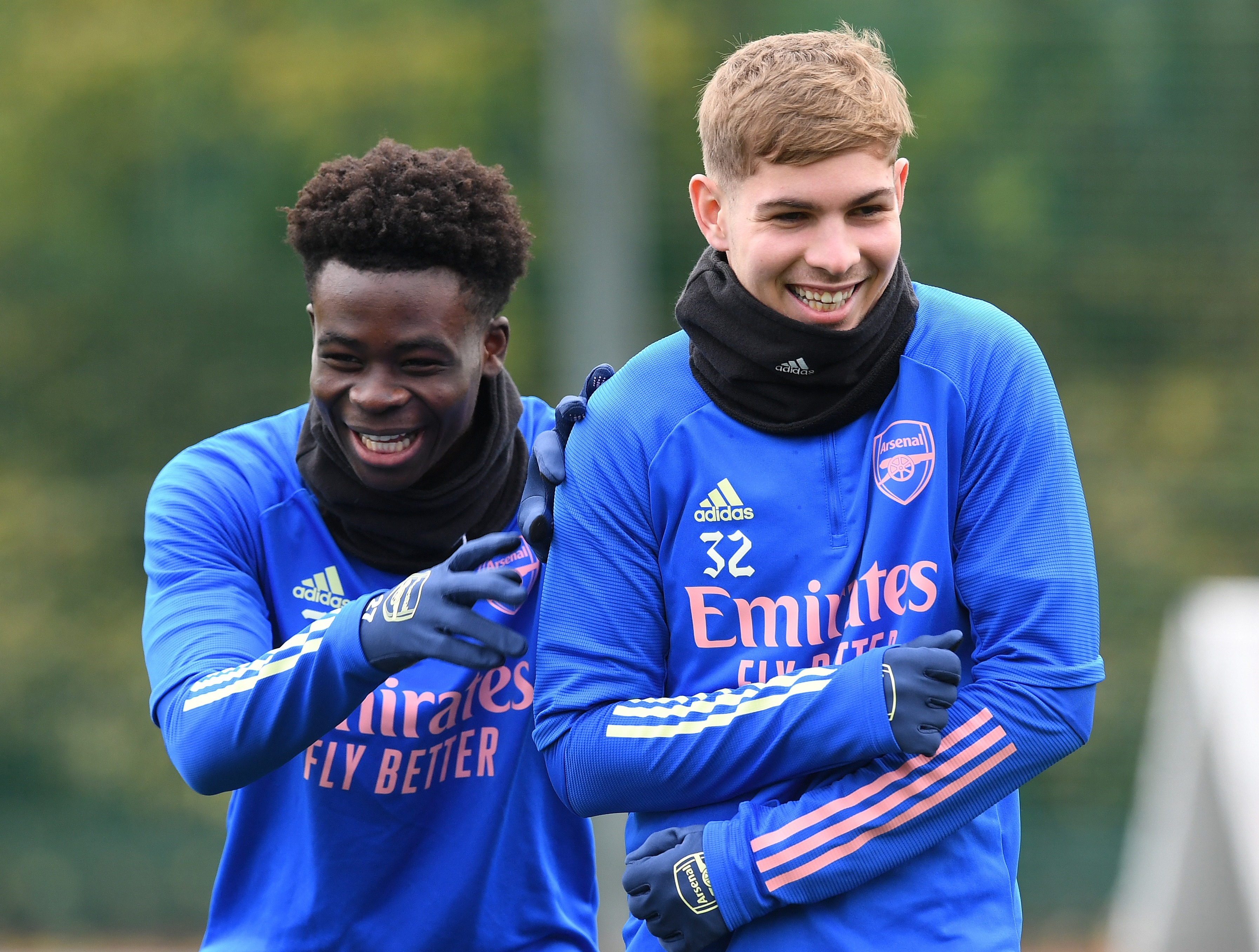 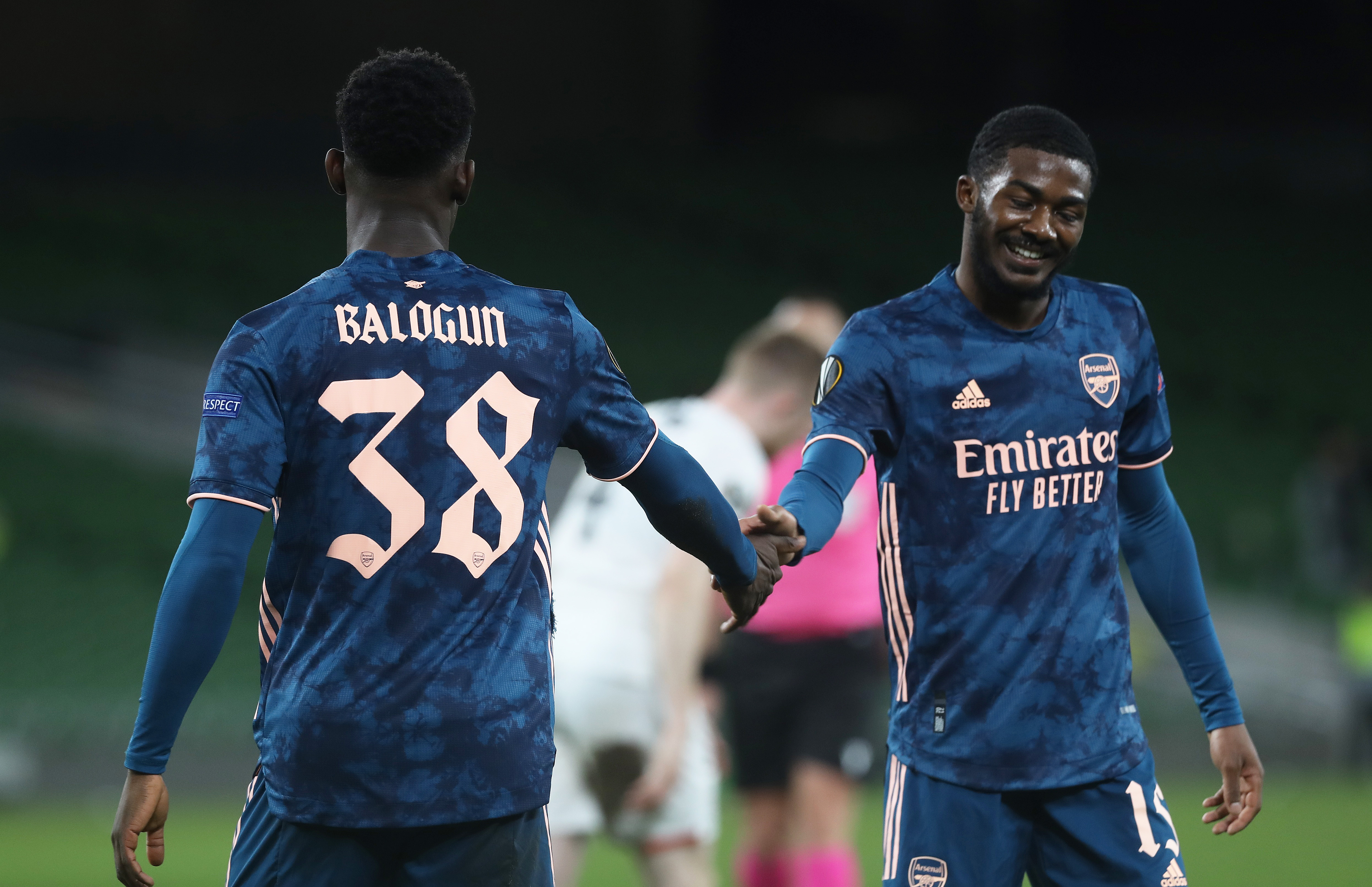 I still believe Maitland-Niles will play. But rather than taking over at full-back, he could finally get a shot in the heart of midfield – his natural position, don't forget.

Deprived of his first-choice pairing of Xhaka and Thomas Partey, now is the time to offer the England international a chance. He has never let his manager down.

Maitland-Niles links play well, drives with the ball, has superb close control and unlike Dani Ceballos or Xhaka, he can afford to push into the final third as he has the speed to recover.

Finally, I hope Arteta gives up his experiment of playing Alexandre Lacazette behind the main striker. It's just not working.

The No10 role is up for grabs, with Ceballos, Joe Willock and Emile Smith Rowe the natural choices – and I hope Arteta gambles and plays the latter in the hole.

Pierre-Emerick Aubameyang needs the right service and Smith-Rowe is a creator, with Willock more of a third-man runner.

In a 4-2-3-1, he would compete for the second pivot and with Ceballos – and with the Spaniard only at Arsenal on loan, Arteta must look to the future in Willock.

As with the 1974-75 crop, not all of Arsenal's talented youngsters will make the cut at the club.

But that team played without fear and helped their team stay in the top division. Give them a chance, boss.