MUHAMMAD ALI'S grandson Nico scored a thrilling third round knockout win before dedicating the fight to his iconic grandfather.

Nico, who had 30 amateur bouts before turning professional, won his debut against Jordan Weeks in August. 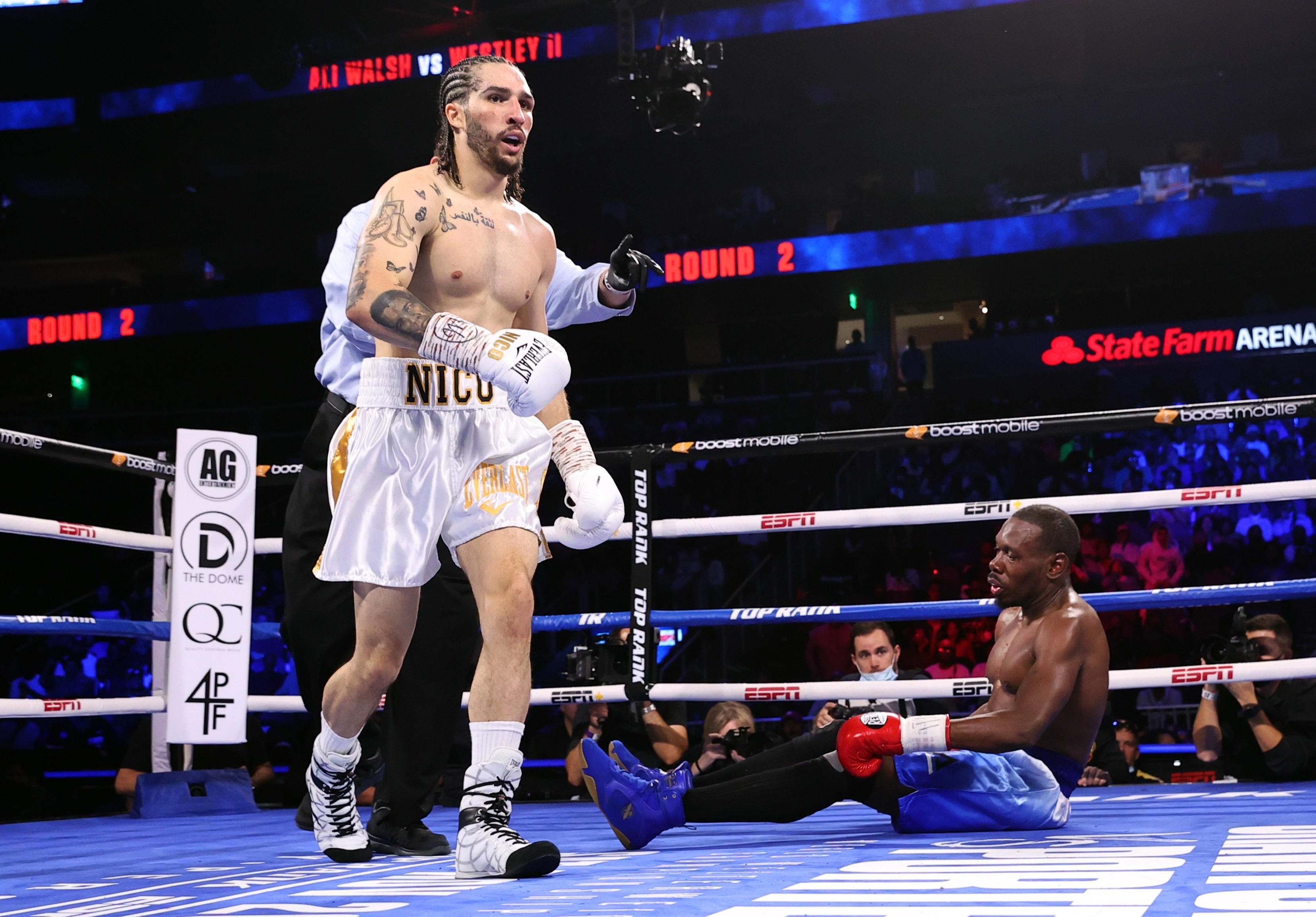 But he soon made it two knockouts in as many fights over the weekend with a stoppage over James Westley II.

Westley landed a big right hand early in the fight but was then dropped with a similar shot in round three.

He said afterwards: “I’m happy that my pro debut went the way it did. There’s stuff, of course, I have to work on.

"I know the crowd got excited seeing him land a punch, but I did not feel the punch.

"Maybe it was my energy, my adrenaline, but my hat’s off to him and his team. Mutual respect both ways, and it was a very good fight.

His mother and Ali's daughter, Rasheda Ali, watched emotionally from ringside as her son continued the perfect start to his career.

Nico competes at super-middleweight, three divisions above heavyweight, where his grandad so famously reigned.

He is trained by Javan 'Sugar Hill' Steward, the nephew to Hall of Fame coach Emanuel.