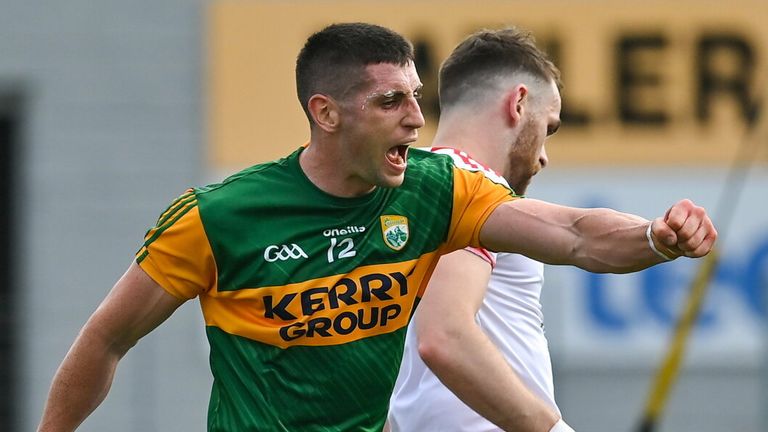 Dublin and Kerry will share the Allianz Football League title for 2021, after wins over Donegal and Tyrone respectively.

1-3 without reply for Dublin saw the All-Ireland champions take control of the contest at Kingspan Breffni Park, and from there they looked comfortable in keeping their opponents at bay.

Kerry’s result earlier in the evening ensured there would be no Division 1 final in store for the winner. But the men from the capital nonetheless put in a professional performance, as they had too much for a Donegal team who were without the injured Michael Murphy.

The Ulster side took an early lead, with scores from Michael Langan, Patrick McBrearty and Caolan McGonagle keeping them ahead.

However, the 1-3 without reply in the space of five minutes turned the contest on its head.

Paddy Small raised the green flag, rounding Shaun Patton before sliding it into the net. It sent Dublin on their way, as they took a 1-8 to 0-7 lead into the break. 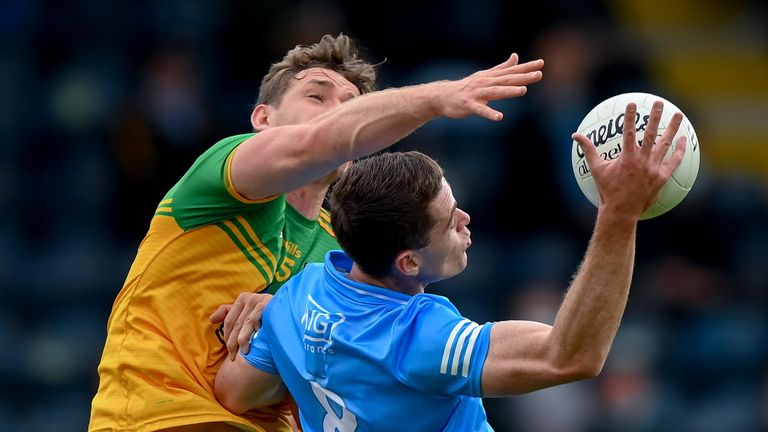 The Dubs registered the first three scores after the restart, as they looked to end the Donegal challenge.

McBrearty did carry the fight for Tír Chonaill, but Small and Cormac Costello continued to keep the scoreboard ticking over.

Donegal substitute Eoghan McGettigan scored 1-1 after being introduced, but Dublin always looked in control as they saw out the four-point victory.

Kerry beat Niall Morgan six times in Killarney, as the Kingdom dished out a 16-point drubbing to Tyrone.

Similar to their win over Galway last month, Peter Keane’s charges showed their appetite for goals and put the contest to bed early.

They had found the net three times by the first water-break. David Clifford started the rout, firing in from the penalty spot.

The second was a freak goal, as Gavin White lobbed Morgan from over 45 yards. The Dr Crokes star won the kick-out, and his long shot landed in the net before the goalkeeper could scramble back from the tee on the ’21’.

A Paul Geaney brace and a Dara Moynihan goal followed, as Tyrone were left shell-shocked at half-time, trailing 5-6 to 0-7. The Red Hands’ bench did make an impact, with Tiernan McCann finding the net. But Kerry continued to pour forward. Jack Barry pounced for a goal when the ball broke to him, after Morgan beat Tommy Walsh under a high ball.

A disappointing evening for Tyrone was compounded by injury to Darragh Canavan, as doubts now surround the Errigal Ciarán star ahead of the Ulster Championship quarter-final against Cavan on July 10.