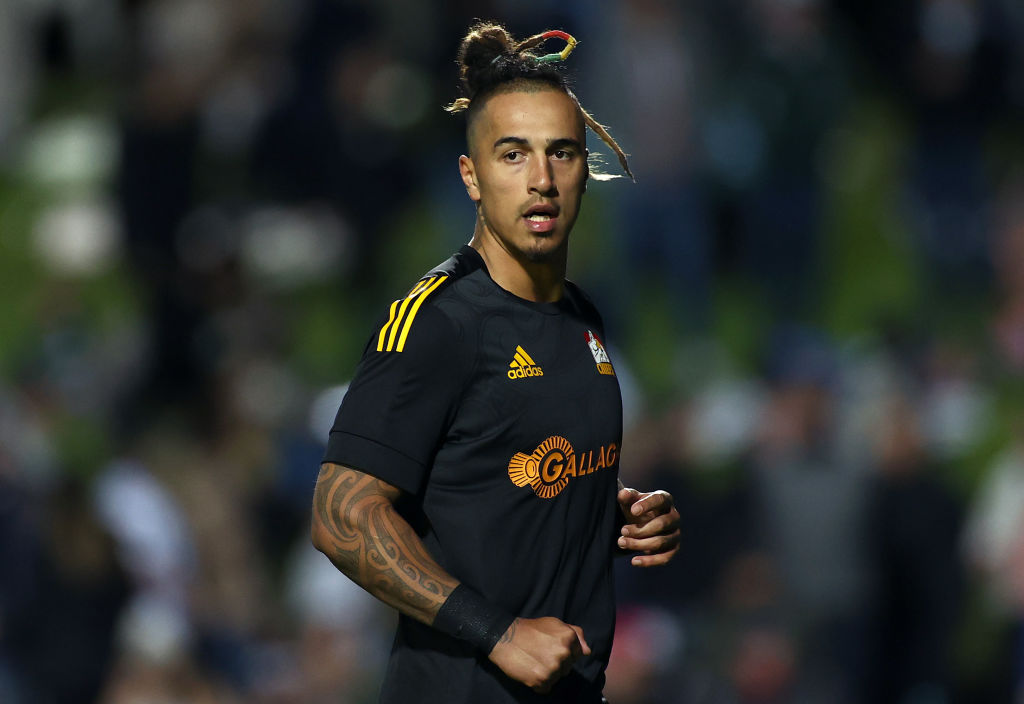 Sean Wainui, rugby union star who played for the Maori All Blacks and Chiefs, has been killed in a car crash in New Zealand at just 25 years old.

The single car crash, in which Wainui was the only occupant, was confirmed on Monday morning at McLaren Falls Park near Tauranga, with the car hitting a tree.

Wainui had turned out for Taranaki, Crusaders, Chiefs and Bay of Plenty, while also representing the Maori All Blacks 10 times.

Wainui set a record earlier this year when he scored five tries for the Chiefs against Waratahs, the most in a Super Rugby game.

Wainui is survived by his wife Paige and two young children.

‘He was an influential member in the teams he has been a part of and his presence will be missed,’ Maori All Blacks, Chiefs and former Bay of Plenty head coach Clayton McMillan said of Wainui.

‘He epitomised everything you could possibly ask for in a player. He will be remembered for being a passionate, hard-working, proud Maori who was an exceptional player but more importantly father and husband.’

New Zealand Rugby chief executive Mark Robinson added: ‘We know Sean’s passing will be felt deeply by everyone involved in rugby, particularly his Bay of Plenty and Chiefs team-mates and we share their sorrow and their shock.’

The All Blacks posted on Twitter: ‘We are heartbroken right now. Sean, you were an inspiration and will never be forgotten. We extend all of our strength and aroha to your friends and whānau.’

Sonny Bill WIlliams added: ‘My thoughts are with Sean Wainuis’ family. Especially his wife & young child. Although I didn’t play alongside him, I could always feel his mana coming up against him as his opposition.’

New Zealand Māori Rugby Board chair Farah Palmer said: ‘As a player we all saw what this young tāne was capable of and the passion and talent that he brought to the teams he represented, but we also saw a role model for young Māori, a caring father who was passionate about his culture, his language, and his identity. He will be sorely missed.’