NORWICH went into half-time of their clash with Burnley down to NINE men – before losing 2-0 – at Carrow Road.

Emi Buendia was first shown red with just half an hour gone. 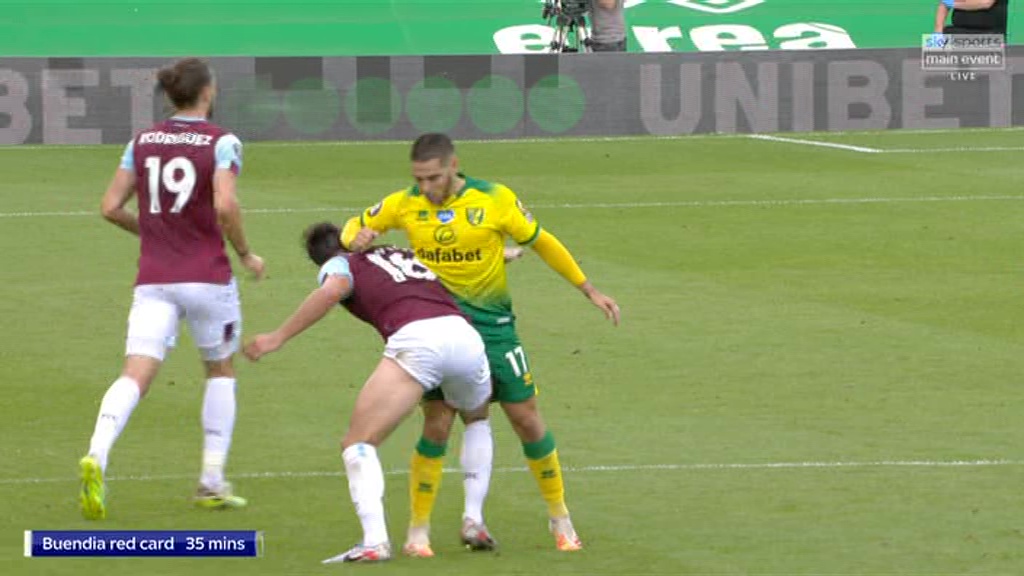 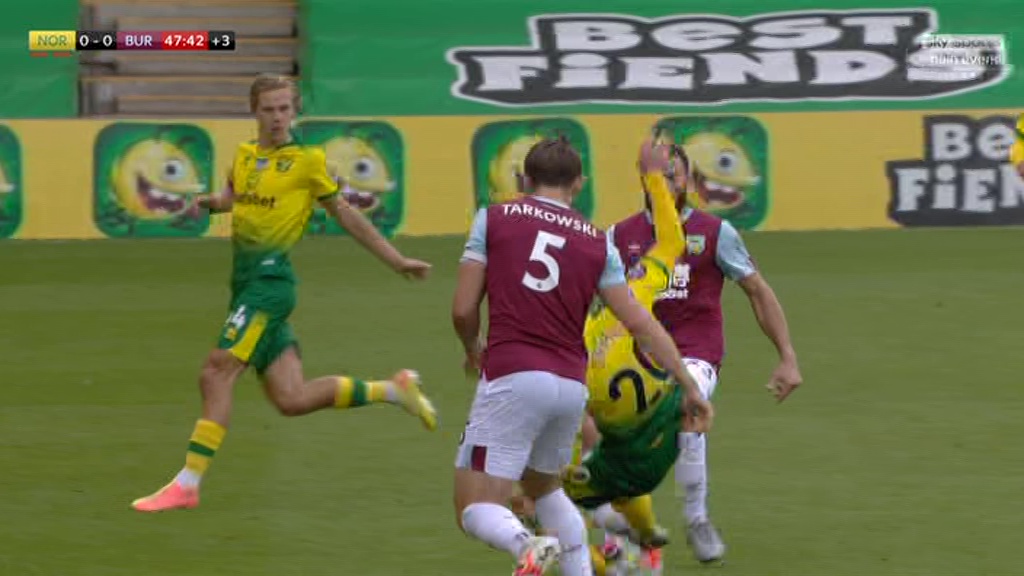 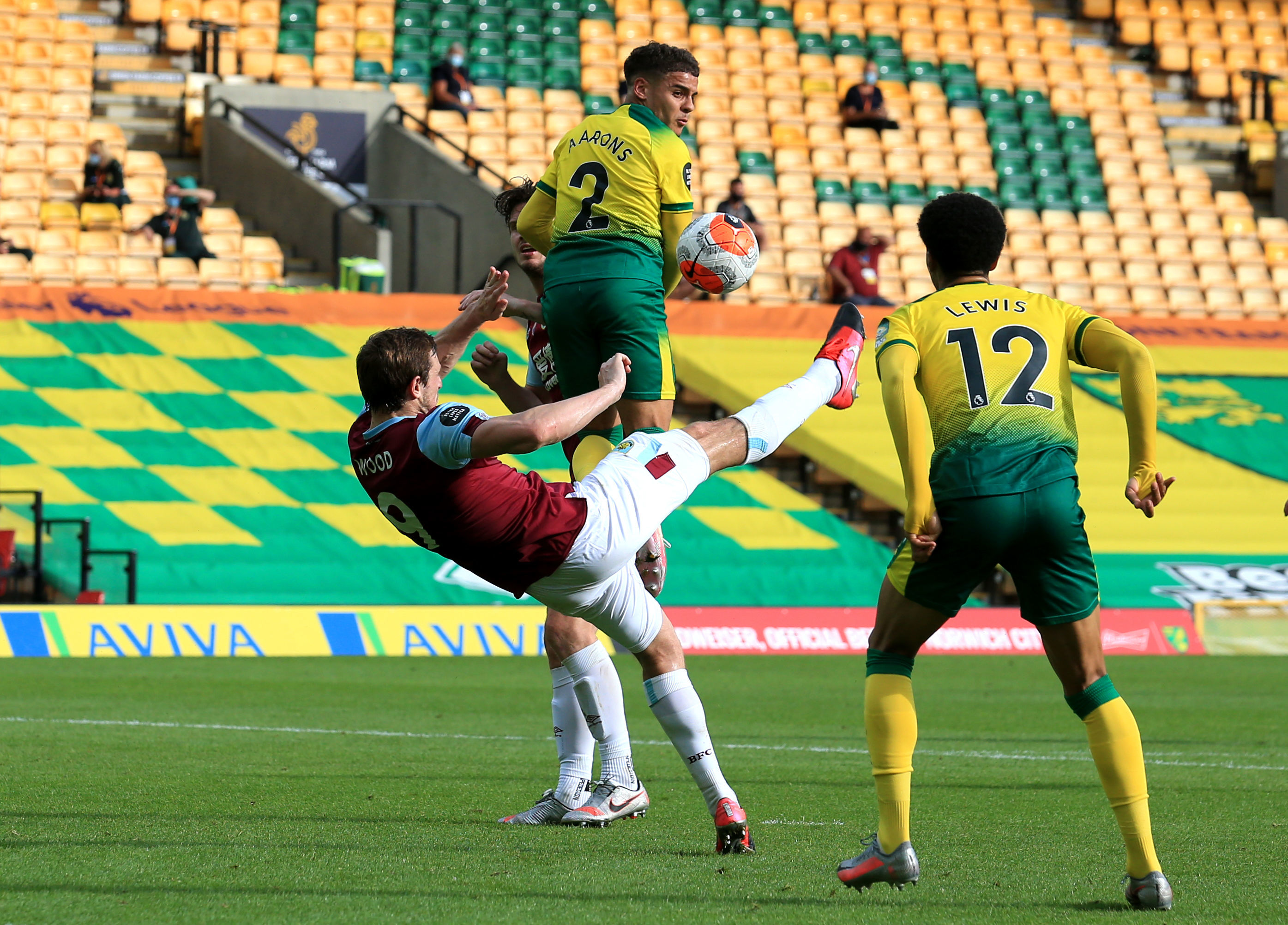 The Canaries midfielder was given his marching orders after his tussle with Ashley Westwood was checked by VAR.

Josip Drmic was then sent for an early bath himself on the stroke of half-time.

With the score still at 0-0, Drmic lunged into a two-footed tackle on Erik Pieters.

After a quick check of the video replays, he too was shown the red card.

Less than two minutes later and Burnley were 1-0 up after Chris Wood shinned an attempted overhead kick into the back of the net. 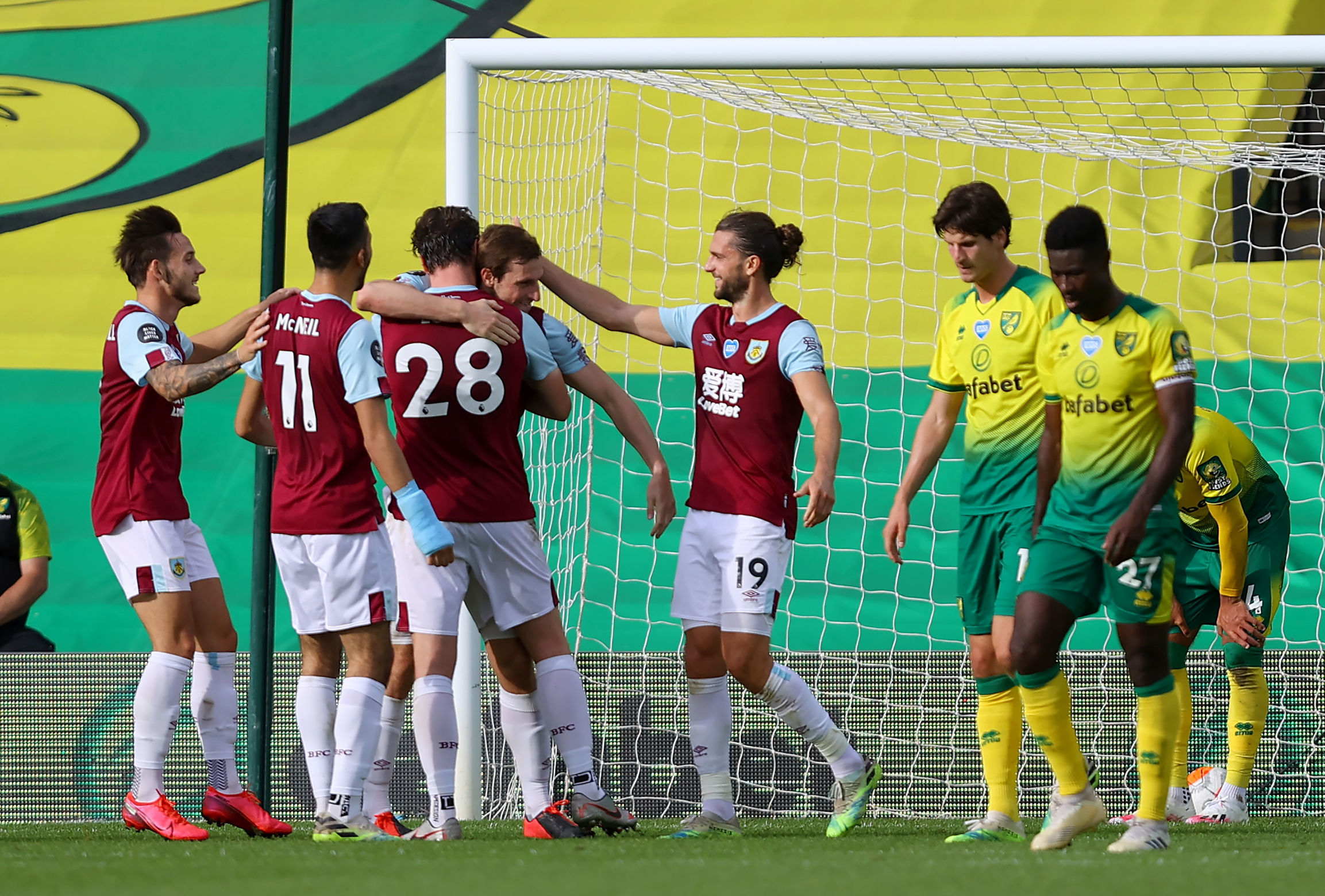 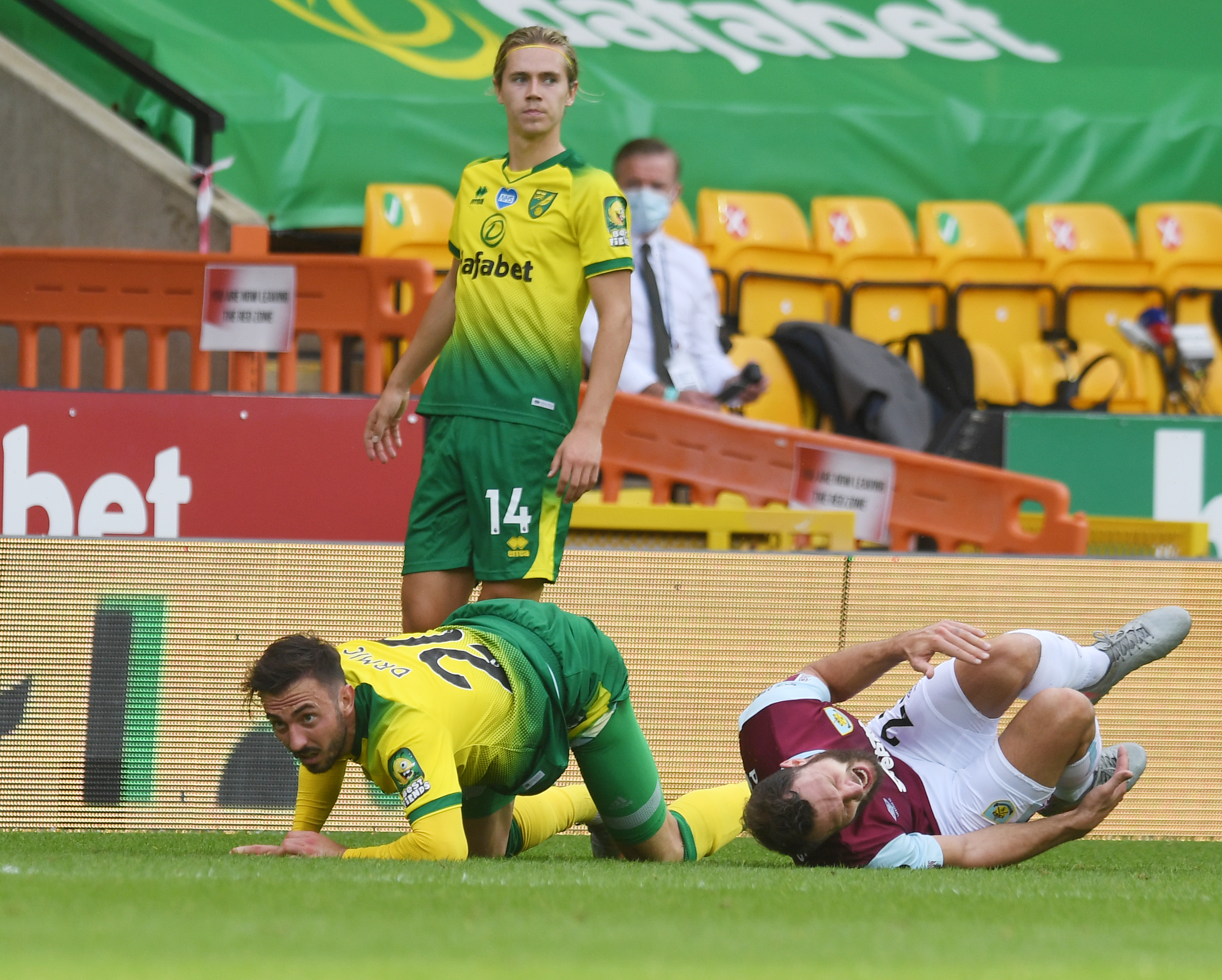 In scoring, wood became Burnley's first player since the 1975-76 season to score 13 goals in a top-flight campaign.

Ben Godfrey then compounded the hosts' misery by scoring an own goal to make it 2-0 with ten minutes to play.

Norwich are already long-relegated, but the manner of their display at home to the Clarets will disappoint both boss Daniel Farke and fans.