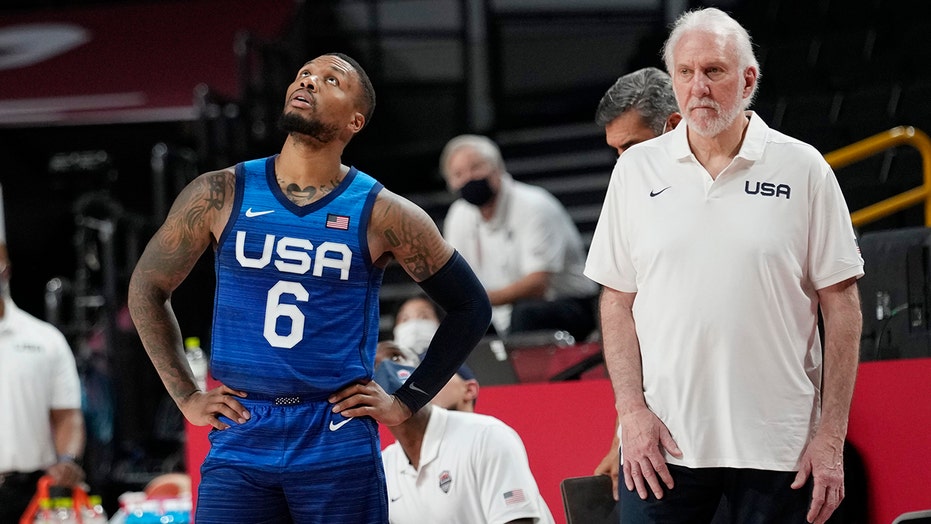 Team USA men’s basketball was put on notice Sunday night when the team shockingly lost to France in the first game of Group A of the Tokyo Olympics.

U.S. head coach Gregg Popovich has particularly been under the microscope going into the Olympics after losing two exhibition games and a new report shed light on how the locker room is feeling amid the downturn.

U.S. men’s basketball players are frustrated about having to run the San Antonio Spurs’ offensive sets during games, The Athletic reported Sunday. Sunday marked the Americans’ first Olympic loss since Argentina beat them in 2004.

Popovich, who took issue with a reporter from The Athletic over the assumption Team USA would blow out teams, reiterated after Sunday’s loss this was no real surprise.

“There is nothing to be surprised about. They knocked down some 3s down the stretch and we made some mistakes. As Draymond (Green) said, we had (a seven-point lead) late in the game and we gave up 3s, so those are mistakes by players. Those things happen. But if we can be more consistent during the game, we wouldn’t have been in that position. When you lose a game, you’re not surprised. You’re disappointed,” said Popovich, who is the Spurs’ head coach.

He added: “I think that’s a little bit of hubris if you think the Americans are supposed to just roll out the balls and win. We’ve got to work for it just like everybody else. And for those 40 minutes, they played better than we did.”

France snapped Team USA’s 25-game win streak, 83-76, in the first game of the group stage. Popovich is 6-3 since taking over as Team USA’s head coach.

“We have to defend better down the stretch,” Green said. “And close the games out.”

The top two teams from Group A advance to the knockout round.