The German legend, 30, was speaking on the Einfach Mal Luppen podcast with his brother. 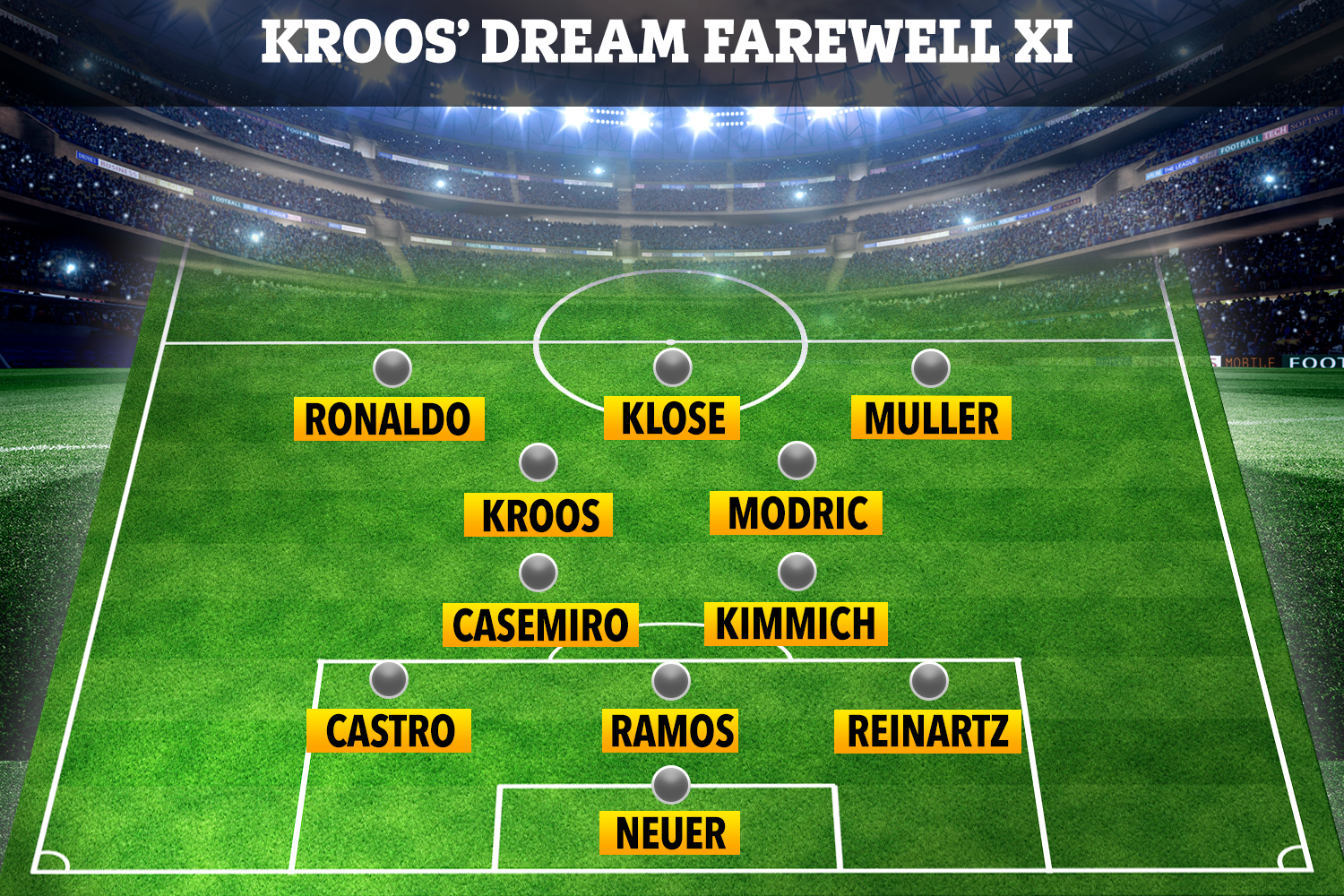 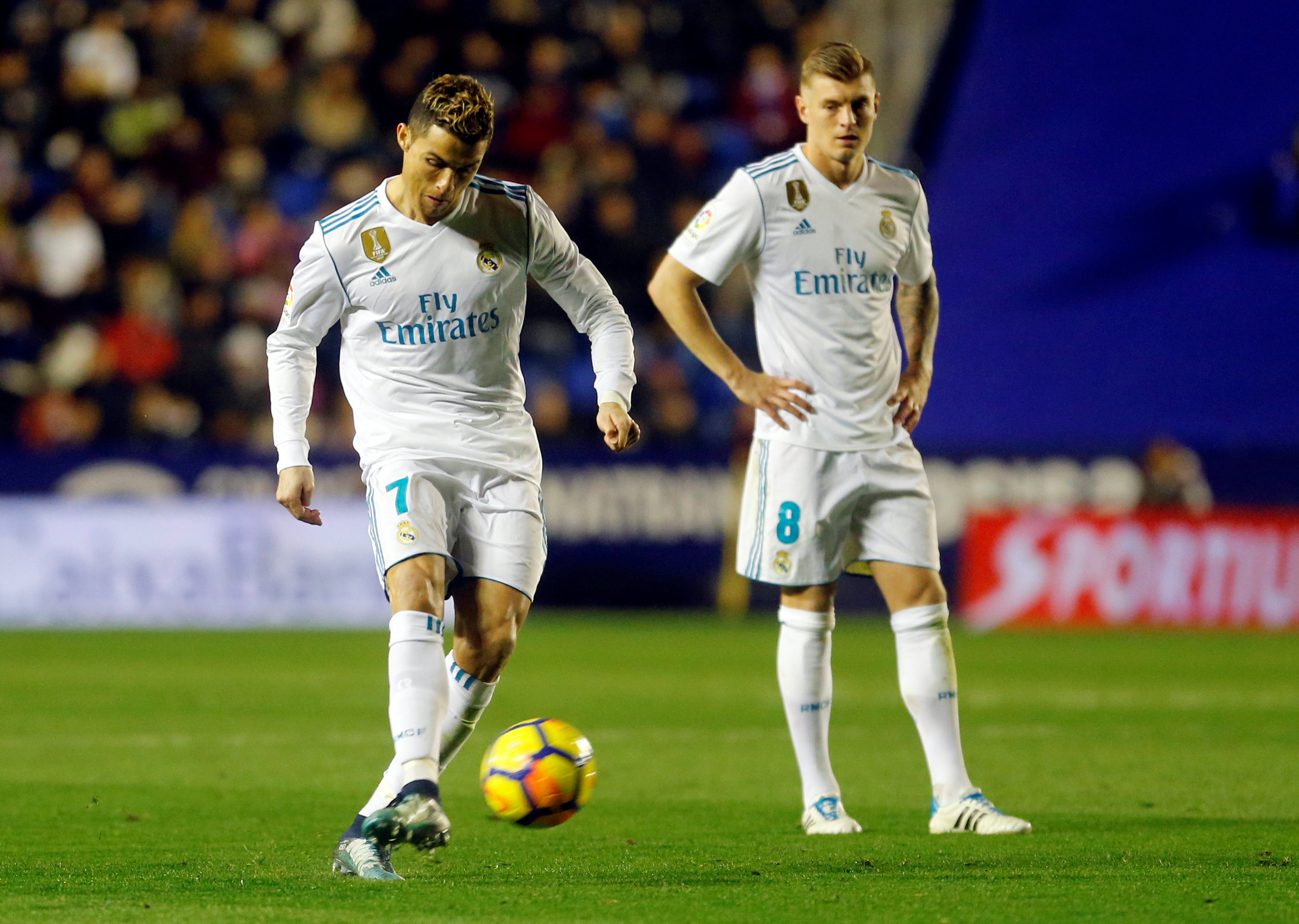 Kroos was asked who he would pick in his fantasy XI if he could play alongside ANYONE for his last ever game of football.

And the Los Blancos playmaker listed a host of stars from his days at Real Madrid and the German national team.

In goal, Kroos opted for German icon Manuel Neuer behind a 3-2-2-3 formation.

Despite Real Madrid being lauded as having one of the best defences in the world, up there with Liverpool, just one Bernabeu defender made the back-three.

Sergio Ramos was given a starting spot by Kroos – with the German calling him "one of the best central defenders of all time".

Germany team-mate Joshua Kimmich was given the nod alongside Real pal Casemiro in the defensive midfield ranks.

And Kroos picked Bernabeu buddy and 2018 Ballon d'Or winner Luka Modric to start alongside him in the more advanced midfield roles.

Up front, Ronaldo – who Kroos described as "the best player I've played with" – starts on the left flank.

Thomas Muller – a third current Bayern Munich star in the team – starts on the right flank.

And retired Germany legend Miroslav Klose was named as his sole striker.