Home » Sport » Robin Smith: ‘It wasn’t if I was going to kill myself, it was when’

Robin Smith: ‘It wasn’t if I was going to kill myself, it was when’

‘It wasn’t if I was going to kill myself, it was when’: Startling interview with Robin Smith, one of the most popular cricketers to play the game, who hit rock bottom

There is nothing of the swagger and confidence that epitomised Robin Smith when he was one of the best and bravest batsmen in the world as he talks calmly but with the hint of a tear in his eye about the time he wanted to take his own life.

‘It’s very difficult for me now to even talk about it,’ said the man known throughout cricket as The Judge because of his wig-like hair.

‘It wasn’t a case of if I was going to kill myself but when the right time was. I was days away from doing it because I couldn’t cope any longer. I was spending a lot of time at Barry Richards’ place in Perth and often I would drink half a bottle of vodka, walk up and down the beach and look at the Rendezvous Hotel. 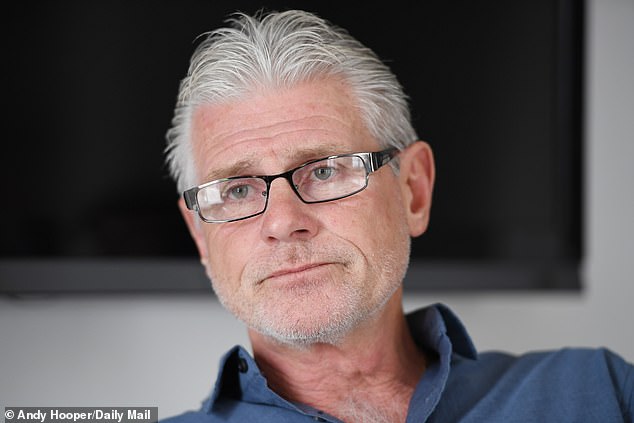 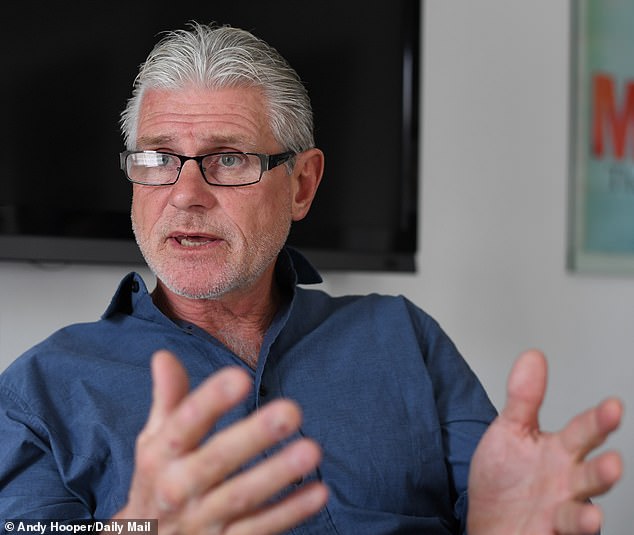 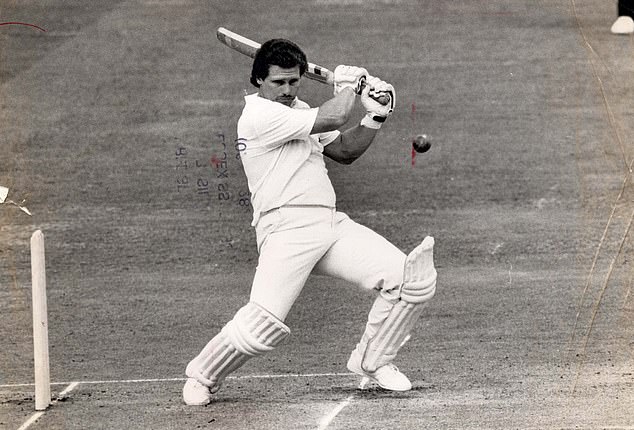 ‘I’d worked hard at visualising bowling when I was a cricketer and now I visualised exactly what I was going to do. I felt quite comfortable about it because I believed it would put a lot of people out of their misery. I thought I was bringing too much baggage to my family and upsetting too many people.

‘I didn’t feel I could ever recover from the things I did or the guilt of losing the respect of my children which is the last thing you want to do as a parent. I don’t think I’d ever have had the guts to put a gun to my head but taking a whole heap of sleeping tablets, drinking three bottles of vodka and then jumping over a balcony was something I could do.’

It is a startling revelation from one of the most popular cricketers to have ever played the game, a batsman of rare ability who took on and conquered West Indies bowlers in their prime in the late 80s and 90s at a time of huge under-achievement and chaos in the English game. Good old Judgie, loved by all, had hit rock bottom.

‘The last 15 years have been a traumatic time and that’s because something that absorbed my life from the age of 10 when Dad dragged me out of bed at 5am each day to train had come to an end,’ continued Smith.

‘Cricket was my life, and even though it was always going to finish at some stage, that doesn’t make it any easier to cope with retirement. To have that wonderful time taken away was particularly impactful on me because I’d given my heart and soul to this beautiful game of ours. Once I was no longer involved in that unity of dressing room life I found it very difficult to cope.’ 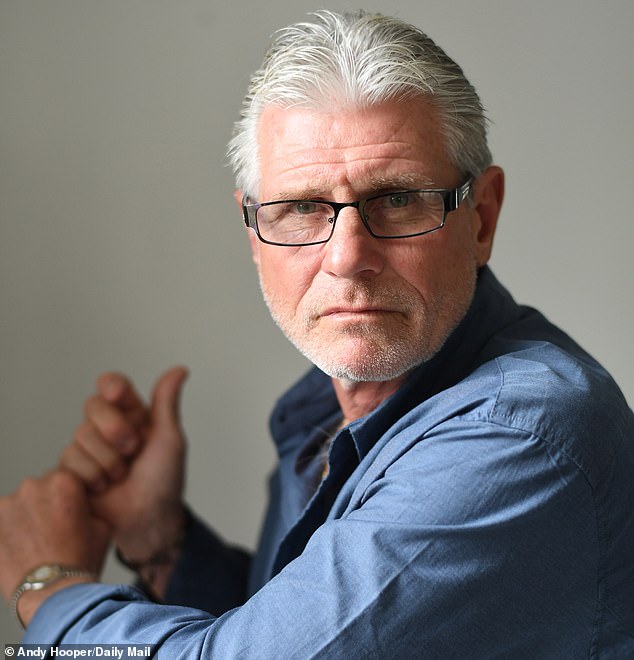 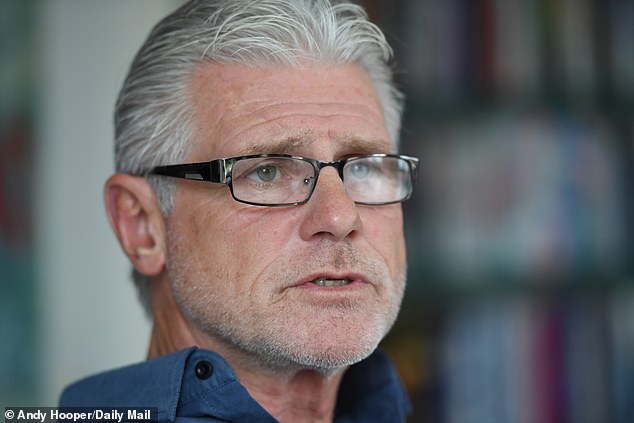 Suddenly in 2003 everything Smith had always known from his days as a sporting prodigy in South Africa under the tutelage of his driven father to his time as a superstar in the England team of Ian Botham, Allan Lamb and David Gower had come to an end.

‘I had very serious issues,’ said Smith. ‘At the time I felt alcohol was the only thing getting me through each day. I’ve always enjoyed socialising, I was an old-school party animal who loved a few beers after a game but it was controlled and I only drank back then to enjoy the company of others.

‘But when I retired I felt, rightly or wrongly, that I could have had another year or so in the game and it took me a while to get over that. I was then asked by Hampshire to work in an ambassadorial role in the Robin Smith suite at the Rose Bowl but it didn’t really help my mental fragility at the time. I was watching the cricket when I felt I was still good enough to be out there. I missed it terribly.

‘I enjoyed my pints when I played cricket but when I finished I wasn’t doing the training and started putting on a bit of weight and that led me into drinking vodka which seemed like a good idea at the time. But then I got into doubles and triples.’

It all culminated five years ago, with failed businesses behind him and a history of anxiety and depression, with that contemplation of suicide. Smith, who had begun a new life in Australia after retiring to get away from his old self and in a doomed attempt to save his marriage, was only rescued by the words of his son Harrison and the salvation which came with meeting the woman who is now his partner, Karin. 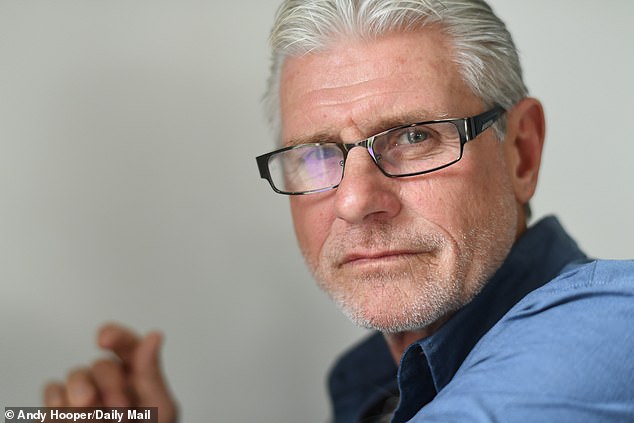 ‘That right time to take my own life was approaching when my son found me crawled up in Barry Richards’ apartment. He reminded me I was still loved and that made me think. Then I met Karin in the same apartment block where I had gone to live with my parents.

‘I was still drinking and incredibly depressed. I’d lost the will to live and the enthusiasm to get out of bed in the morning. I’d lost my bubbly sense of humour but Karin became a friend and made me understand I was a good guy with a terrible problem.

‘She didn’t know who I was because she had no idea about cricket — and that was good because she wanted to help me for who I was rather than who I used to be. With her help, love and encouragement I’ve been able to get through it.’

Smith, 55, is sharing his extraordinary story in London where he has come to publicise his new book The Judge, an incredibly moving yet uplifting account of his career of high achievement and fall to the depths of mental illness and as a ‘functioning alcoholic’.

‘I was very concerned about baring my soul to the world because it’s hard to let people into my life, the good and the bad. But Karin encouraged me and thought it would be inspiring for anyone with similar issues and cathartic for me to get my problems out there. I’ve got everything off my chest now and I can rub my hands and move on. It’s been very good for me to put my soul into these pages.’

The book will be launched on Thursday at the Ageas Bowl when Smith will be surrounded by old friends and mentors like Richards, Lamb and Mark Nicholas. He will also be back at his old home ground on Friday when, appropriately, England face West Indies.

I remind him of the classic image of Robin Smith, bobbing and weaving against the very best West Indian fast bowlers, and invariably putting them to the sword mainly with that ferocious square cut of his. You were, I tell him, a quite brilliant batsman. ‘In the book I talk about the fractured identity of being Robin Smith and The Judge,’ he responds. 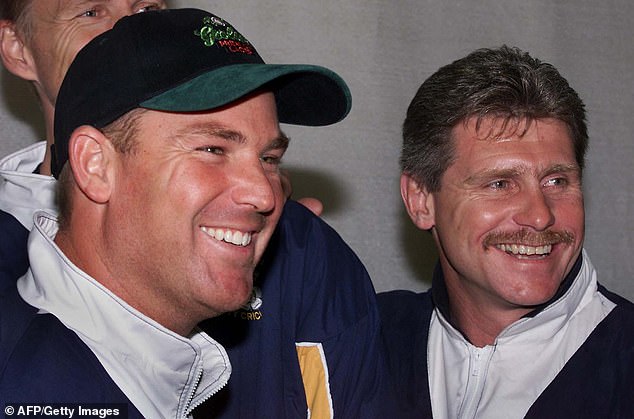 ‘Listening to you say that as Robin Smith is very humbling and lovely but I find it difficult to accept. Maybe I was a good player but I don’t think of myself like that.

‘I was The Judge when I played with Lamby and Beefy, full of confidence and a bit of arrogance, but Robin Smith as a person is shy and introverted and he lacks self-belief. I don’t think that helped when I retired.’

But now, with the love and support of Karin who is by his side throughout our hour together, he is actually enjoying being Robin Smith. He has metaphorically used his square cut to swat his demons to the boundary and he is flourishing in Perth working for his brother Chris, a former England batsman himself, and as a coach who advocates a traditional technique rather than Twenty20 strokes.

‘Life is good,’ added Smith. ‘It’s certainly very good from where I was five years ago but I will continue to strive to make sure I enjoy the rest of my life and enjoy giving plenty. I’ve learnt over the years that the more you give the more you get back. With Karin’s help, love and encouragement I’ve been able to get through it. Life now is as good as it could be.’

The Judge by Robin Smith with Rob Smyth is published by Yellow Jersey Press on Wednesday.