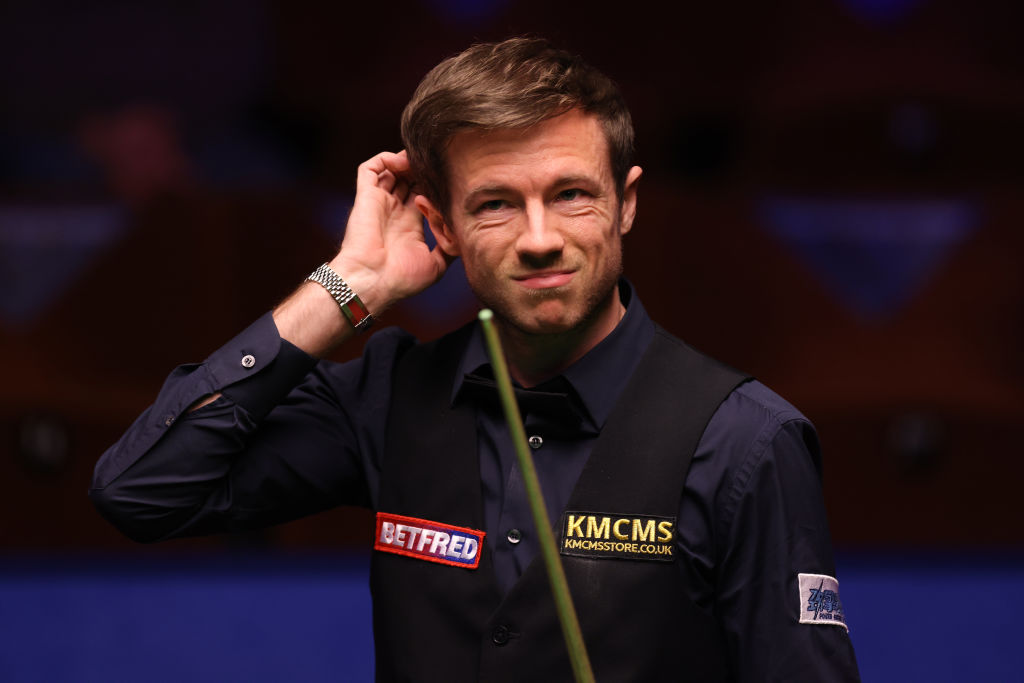 Ronnie O’Sullivan feels Jack Lisowski could do with the ‘steel and determination’ of Graeme Dott to make the most of the immense talent he has for snooker.

The Rocket made pretty short work of Jackpot in the first round of the Masters on Tuesday afternoon, winning 6-1 with an excellent display which included two centuries and three half-centuries in the final five frames.

Lisowski showed flashes of his incredible ability, winning the second frame with a break of 104, but he was otherwise pretty much brushed aside by the six-time world champion.

The 30-year-old is known as one of the best players to watch on the circuit but is still looking for the first title of his career.

O’Sullivan thinks there are trophies to come for Jackpot, but he could do with trying to take on the mental talents of former world champion Dott to improve his chances.

‘I don’t want to be critical of Jack because he’s such a good guy, such a good lad,’ Ronnie said on the BBC.

‘A lot of people look at cue actions and stuff that looks pretty on the eye, but there’s an inner part as well that sometimes people don’t go on about, which is steel, determination.

‘You look at players like Graeme Dott who would be the first to admit, probably, that he hasn’t got half the talent that Jack’s got but he’s been to three World finals, won one, massive winner. Sometimes you need to have it all to be a great player.’

O’Sullivan rates Lisowski highly, but did warn him that he and the rest of the Class of ’92 are clearly going nowhere any time soon, with John Higgins and Mark Williams also into the quarter-finals at Alexandra Palace.

‘Jack’s a fantastic player and his time will come, he’s only young,’ said Ronnie. ‘But if me and John and Mark carry on, maybe their time won’t come! Maybe they’ll have to wait for another generation.’

O’Sullivan goes on to face Neil Robertson in the quarter-finals on Thursday afternoon in what is sure to be a closer contest before the two former champions.