Home » Sport » Ryan Shotton is among hundreds of free agents amid the Covid pandemic, but the pub landlord is not calling time yet

Ryan Shotton is among hundreds of free agents amid the Covid pandemic, but the pub landlord is not calling time yet RYAN SHOTTON is just one of the hundreds of football players currently out of work amid the coronavirus pandemic – but the pub landlord is not ready to call time just yet.

The experienced defender recently made headlines when he played for non-league Leek Town in the FA Trophy the day after turning 32. 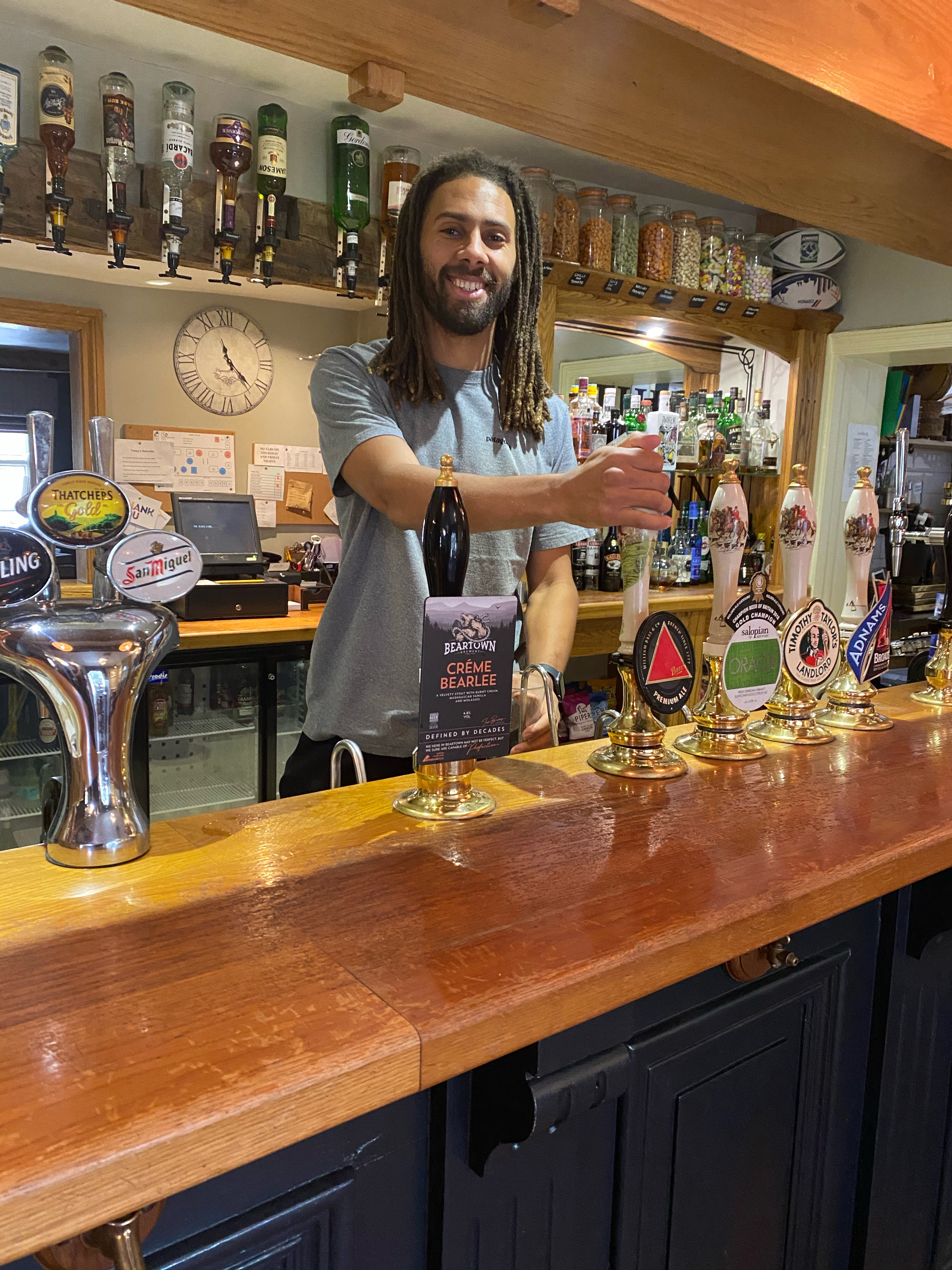 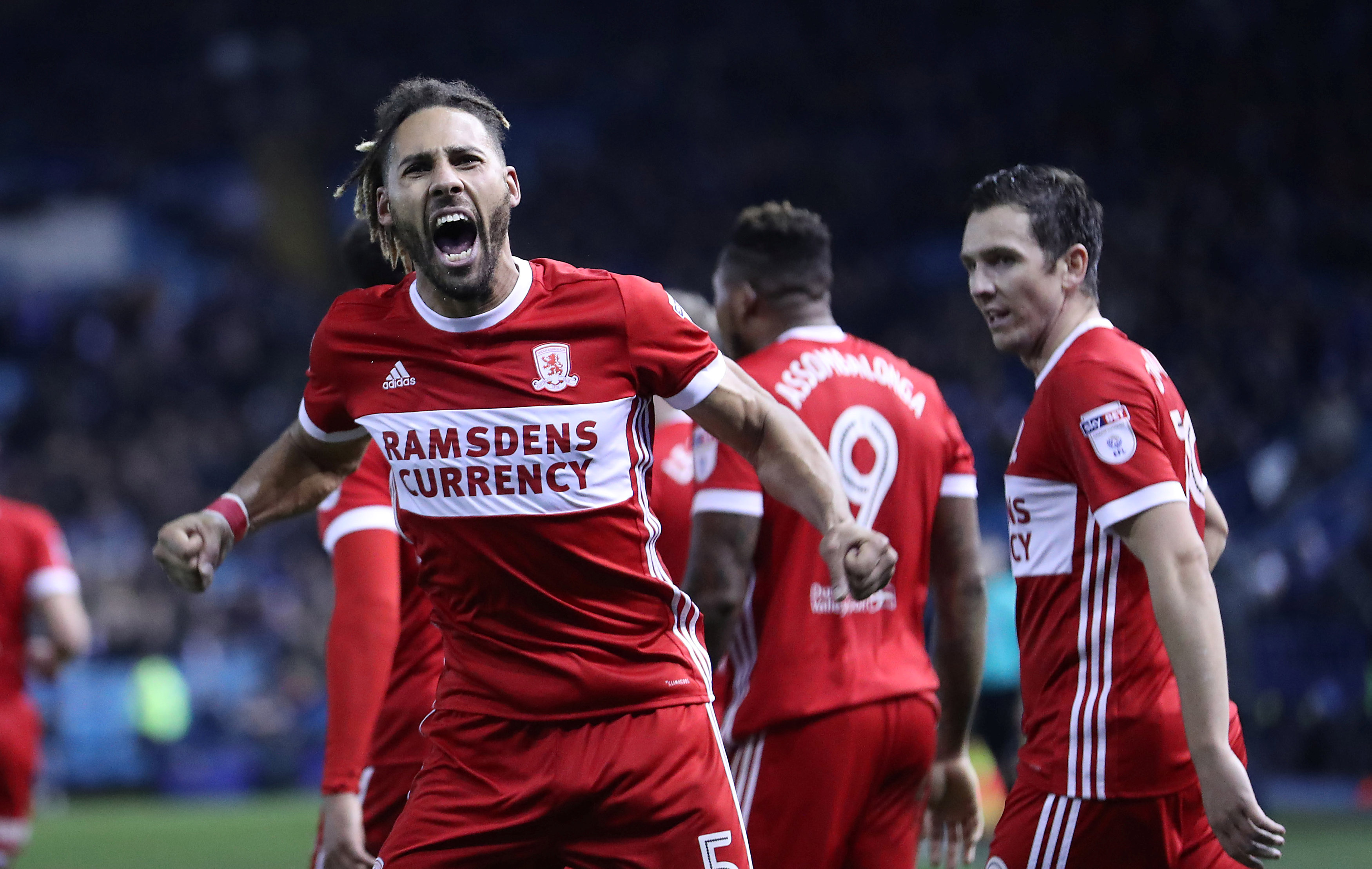 That marked a brief return to the pitch for the former Stoke City Premier League star, who has been a free agent since leaving Middlesbrough in July, until the latest lockdown suspended the Northern Premier League First Division South East side’s campaign.

Shotton, who has over 300 appearances to his name in the top two tiers, has had plenty to keep him busy during his absence from the game.

He and father-in-law Dave Goodwin teamed-up in 2017 to buy the Black Lion pub near his home in Cheddleton, a village in the Staffordshire Moorlands, which has recently featured in the Good Pub Guide.

But it is not just his football career that Covid-19 is affecting – the doors of the local have now been forced to close along with thousands others around the country.

He said: “I can’t take a lot of the credit for the Black Lion, it’s mostly down to the father and mother-in-law.

“They have taken that pub to another level while I’ve been up in Middlesbrough for most of the four years we have had it.

“I’ve been in Cheddleton since I met my wife 11 years ago and it’s a great little village. The pub came along as an option and we’ve never looked back.

“I’ve been on the other side of the bar more recently to be honest because I don’t usually get this time at home, so I’ve tried to enjoy myself a little bit there.

That marked a brief return to the pitch for the former Stoke City star, who has been a free agent since leaving Middlesbrough in July, until the latest lockdown suspended the Northern Premier League First Division South East side’s campaign.

Shotton, who has over 300 appearances to his name in the top two tiers, has had plenty to keep him busy during his absence from the game.

He and father-in-law Dave Goodwin teamed-up in 2017 to buy the Black Lion pub near his home in Cheddleton.

But it is not just his football career that Covid-19 is affecting – the doors of the village local have now been forced to close along with thousands others around the country.

He said: “We have great staff who know more than me so I’d just be getting in the way more than anything. But it’s a community hub, and people rely on it, and it is such a shame at the moment we can’t open.”

For someone so experienced in the game, with appearances in the Europa League also under his belt, many would expect a step into the dug-out as a natural progression.

But Shotton has other ideas, saying: “I sat down with my father-in-law last night to discuss the options when there’s no more football. I like to challenge myself in life, so coaching would be the easy option but I don’t see myself going into that.

“I’ve got a young family that I want to enjoy weekends with, but I think possibly the pub would give me that option. But there’s still plenty of miles in the legs before I have to think about all that.”

Shotton openly admits he has taken advantage of his first pre-season off in 14 years and capitalised on the extra time he has gotten to spend with his loved ones.

But the itch to get out on the pitch could not be resisted for too long, leading to him pulling on the boots in the eighth tier just three months after his previous game in Boro’s Championship clash with Bristol City in July.

He explained: “With a three and a five-year-old it was pretty easy to stay entertained as they keep me on my toes.

“But it was a strange feeling but a nice one. Having left school at 16 and going straight into the academy within a week, it was nice to get a bit more time off than usual really. 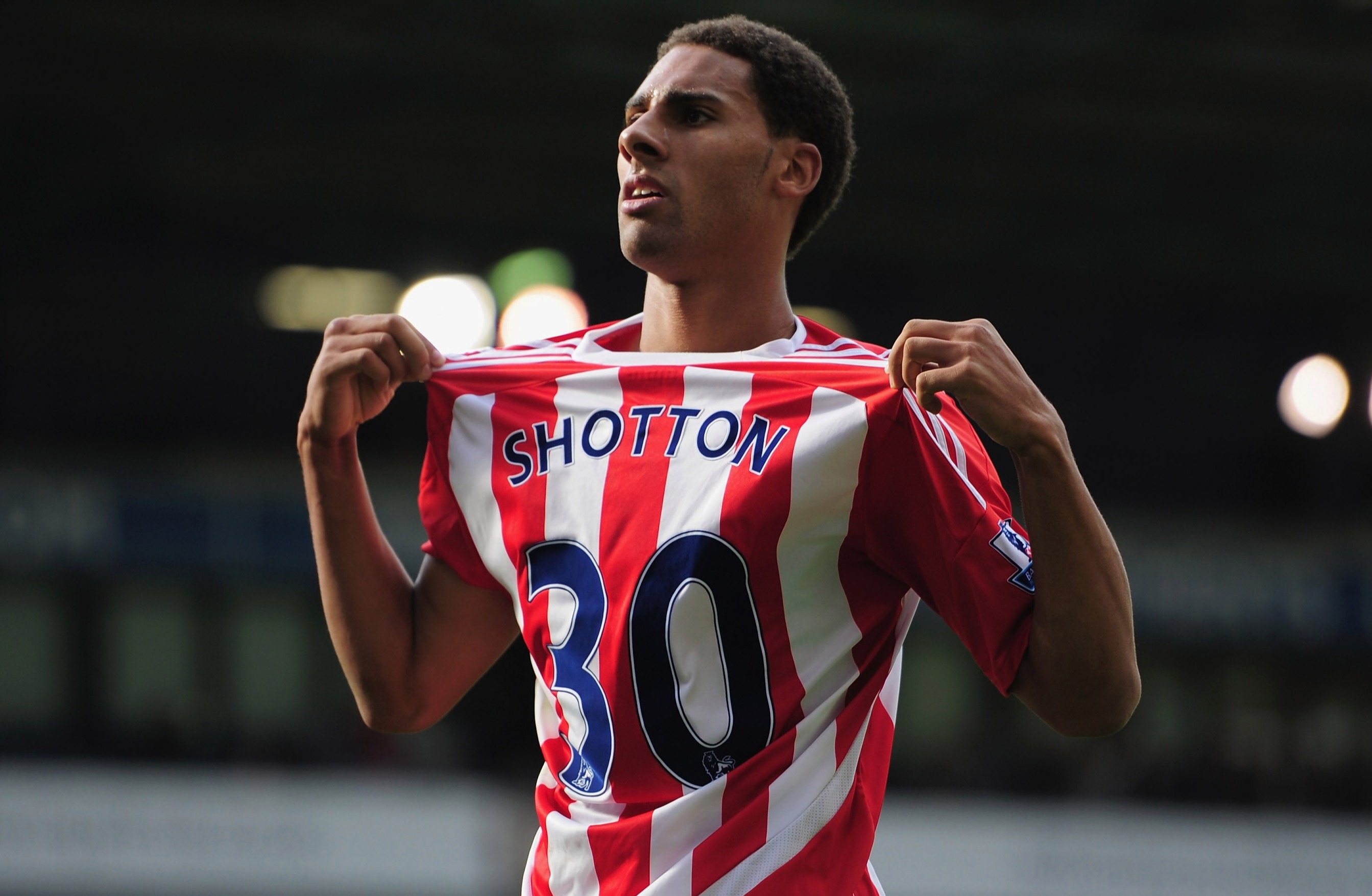 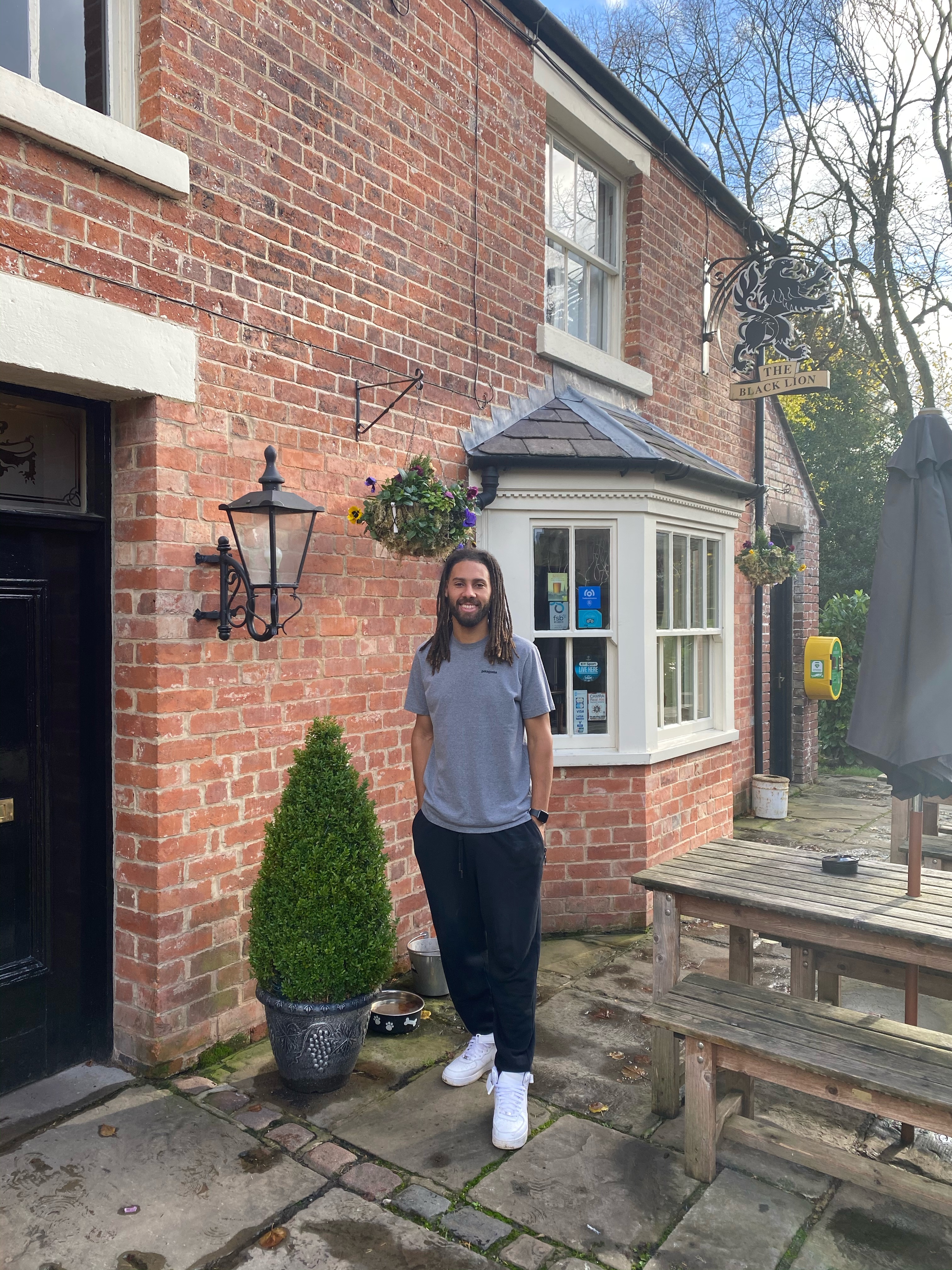 “There comes a point where you need a purpose and need to get back on the grass and get the football under my feet and tackle a few people and that’s what I’m looking to do now as it’s been long enough.

“I’m not worrying, it’s just one of those situations.

“I live in Leek, and there have been offers here and there and spoken to a few clubs, but I started to train with them.

“The manager, Neil Baker, is a great lad and offered me the chance to train with them so I took it up and it was good to get a touch of a football again.

“A couple of weeks later they had lost one of their centre-halfs and asked me if I fancied a game, so I said ‘why not’.

“I’ve not signed for them for the rest of season or anything like that, it was just a registration form, it was just the matter of getting a few games in before I went off to try and get ready for a club that comes in for me.”

He continued: “There were about 400 people there because we get good backing, and even Stoke fans from around the area come just because they want to be in a crowd with not being allowed to watch their team currently.

“It was good to be back out there with a bit of an atmosphere to be honest. It was nice to be in front of fans again and celebrating with your team.

“We played in Birmingham the first game and Derby the second, so I got a bit of abuse because I’ve played for both clubs, so it wasn’t all nice and cheery, but it was great to be back out there.”

However, his time at Leek was quickly halted as their standing in the pyramid fell just short of the elite football bar that was allowed to continue during lockdown. 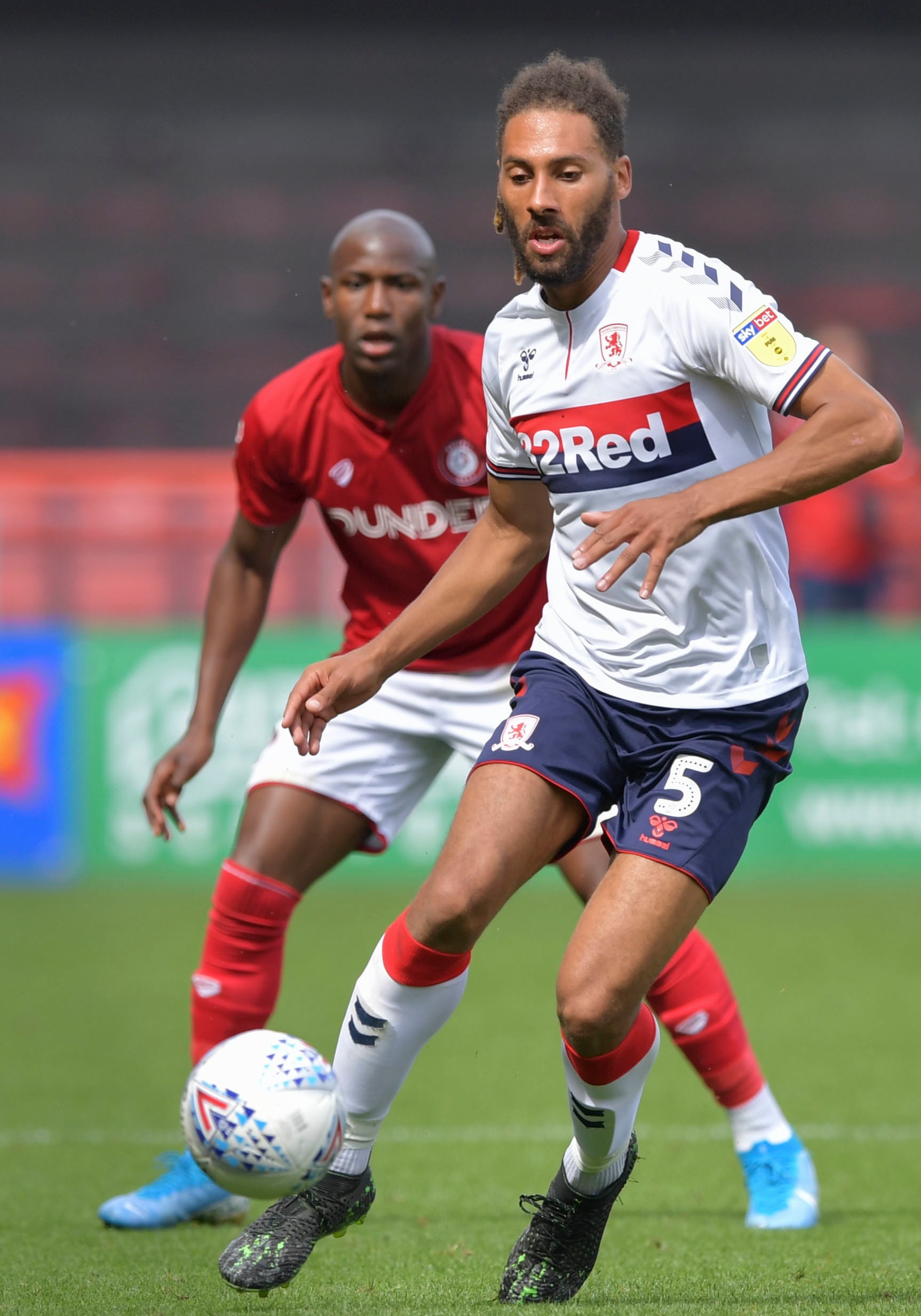 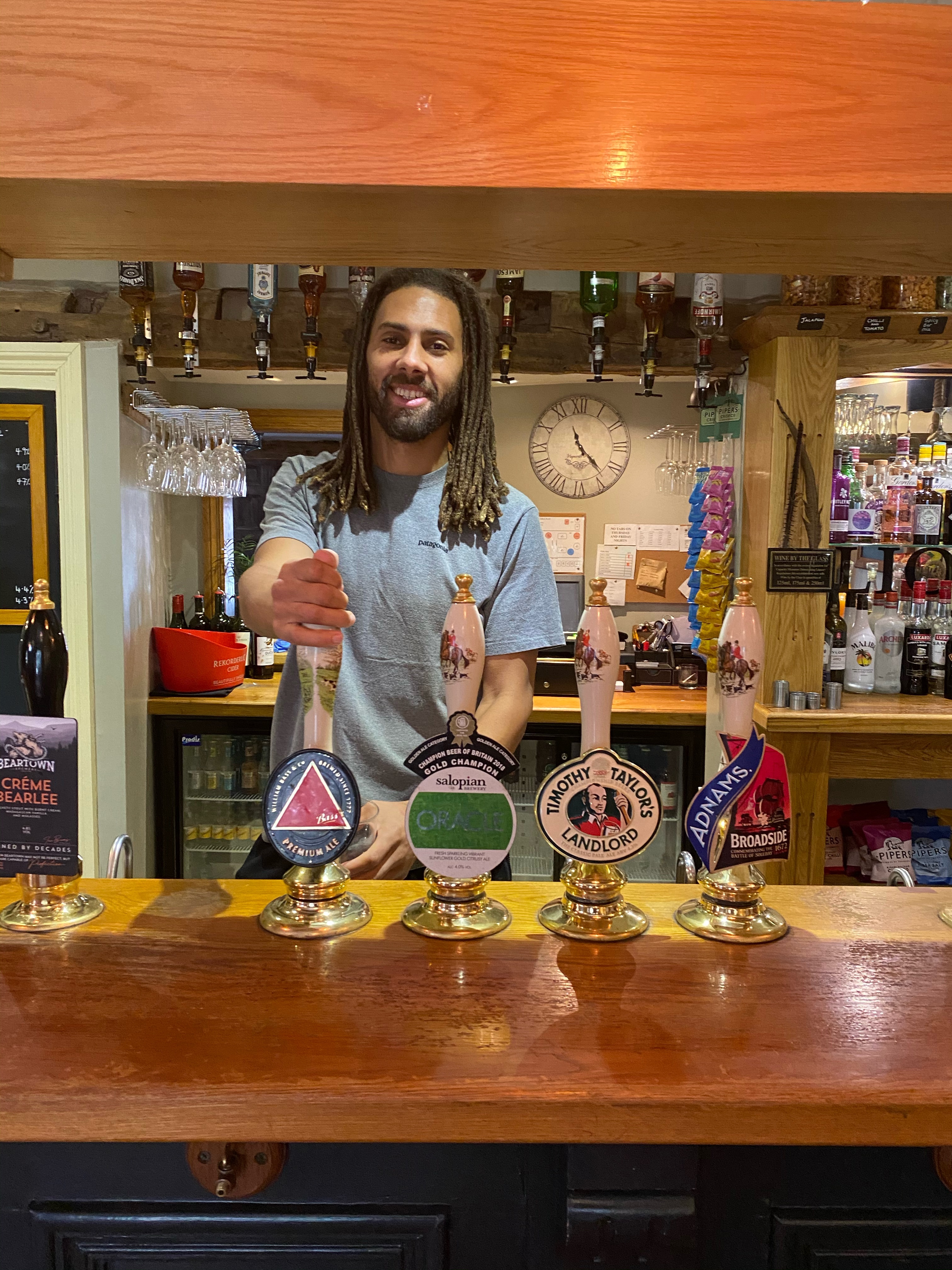 Shotton said: “That was disappointing. There’s not many reasons why that league can’t continue but I suppose you have to draw the line somewhere and it was unfortunate because if the league had finished last season instead of being cancelled then Leek would be playing now as they were top.

“It’s a real shame for them as they are a great bunch and the club deserve recognition, so it’s just as disappointing for them as it was me after dipping my toe back in. The quality in those leagues will surprise some people.”

With a pub to run, two young daughters and house move on the horizon, most would think uprooting to play again would be the last thing Shotton would want to do.

But the ex-Wigan ace insists he has no problem moving anywhere if the right club comes knocking.

And he is even more adamant that there are still plenty of miles left in the tank.

He added: “We are about to move into a new house which will be out forever home next week in Cheddleton, but I have no qualms about taking a young family to new destinations again.

“We’ll be at this house for the rest of our lives, so what difference will another three, four or however many years away make?

“I am not restricting myself as that would be a very silly thing to do.

“I’ve not been short of offers, it’s just picking the right one that is right for me and my family and at the moment none of them have ticked enough boxes for me to commit anywhere.”