TYSON FURY has urged Derek Chisora and Joseph Parker to put on a show in their heavyweight bout in a good luck message to his close friends.

The pair face each other inside the ring at Manchester Arena on Saturday night in what has potential to be a Fight of the Year contender. 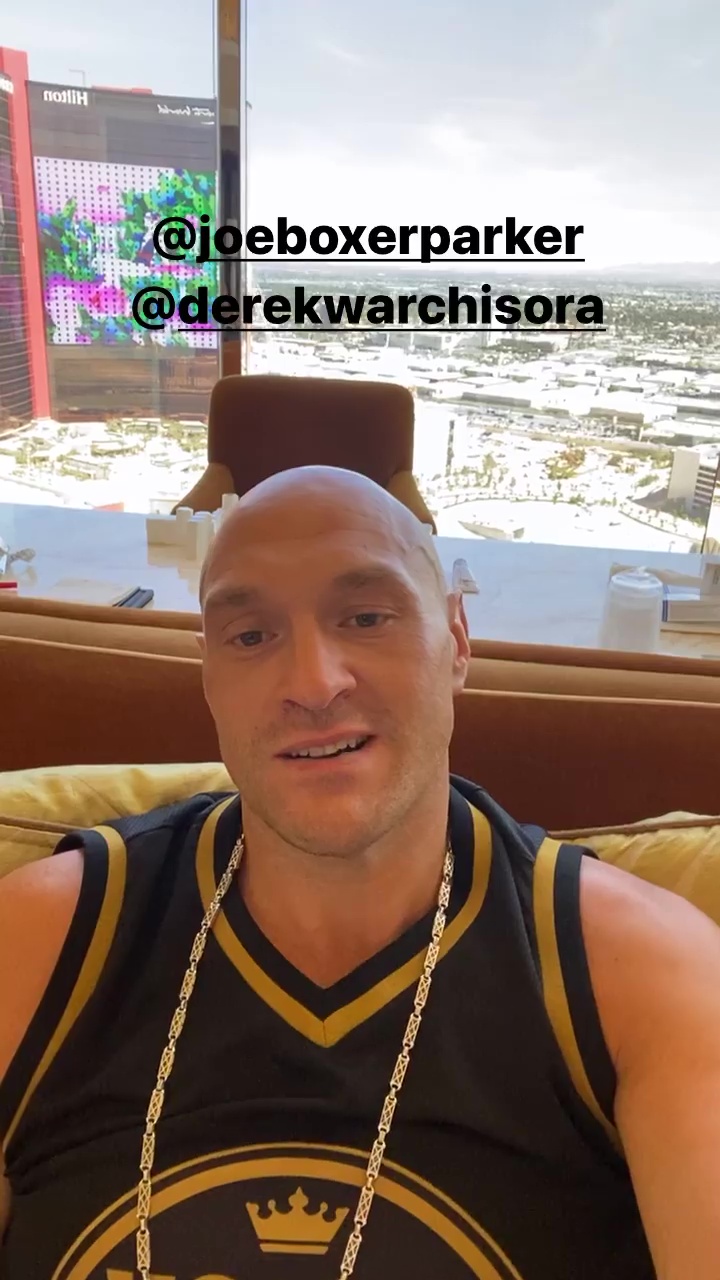 Del Boy was scheduled to fight the New Zealander in October 2019 only for the 29-year-old to pull out due to a spider bite.

But the duo will finally square off later tonight, with WBC king Fury wishing them good luck ahead of their contest.

Speaking on his Instagram story while out in Las Vegas, the unbeaten Mancunian said: "Hey there this is Tyson Fury AKA the Gypsy King.

"I'd just like to say a massive good luck to Derek Chisora and to Joseph Parker.

"Both of them I consider as friends, close friends. May the best man win tonight, no hard feelings, it's a boxing match.

"So Derek and Joe, go out there and put on a display for the world watching.

"You both look in fantastic shape, you've both had fantastic training camps, so now go out there and show them who you are.

"Let them know what time it is guys and may the best man win. God bless both fighters."

🥊 CHISORA VS PARKER: TV, live stream and start time info ahead of the big fight

Former WBO champion Parker is hoping a win over Chisora could see him compete for world titles again, but the Brit banger is looking to scupper those plans.

Quoted by Bad Left Hook, he said: "Great for him he’s looking to become a world champion, but it doesn’t mean nothing to me.

"I’m just going to pound on him when I see him. What can I do better than Joseph Parker? That’s a good question. Everything.

"The fight is going to be a great fight, we’re going to push on it, train hard and go crazy about it. You know the routine, man: ‘WAR.’

"Expect what I always deliver. Beat the guy and pound on the guy. Destroy that guy. Confidence.

"I put the fear of God in him. I am bringing pain and war."