THE Prix Morny at Deauville is next on the agenda for Dandalla following her gutsy win at Newmarket last week.

Karl Burke's unbeaten filly blew her rivals away in the Albany Stakes at Royal Ascot and followed up in the Duchess of Cambridge Stakes to make it 3-3 in her short career. 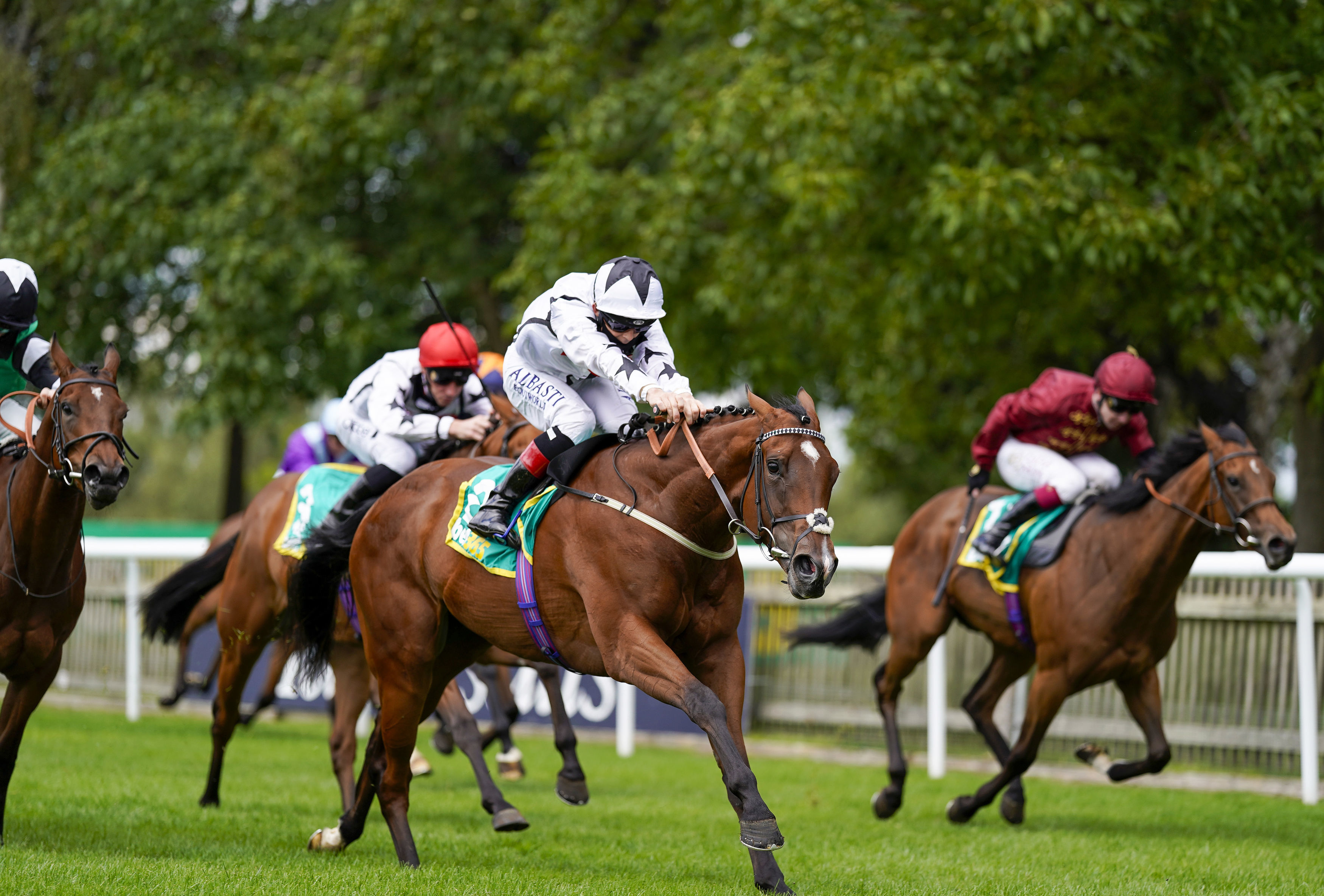 She was made to pull out all the stops by 28-1 shot Fev Rover, who races in the same colours of Nick Bradley Racing, but Dandalla displayed a good attitude to win by a head.

It was revealed after the race that the filly had spiked a temperature just over a week ago, and syndicate manager Bradley is now eyeing a step up in class.

He said: "It has to be right up there with the best results we've had.

"Dandalla has lost a bit more weight than she did after the race at Royal Ascot. Ascot was a cakewalk for her and it wasn't the other day, but we're putting that down to her not being quite right beforehand.

"Since the race a few people have said she'd have got beat in another few strides, but I don't agree – I felt she was always just doing enough to hold Fev Rover at bay.

"We're in no rush with her now, we'll give her a bit of time and aim for the Group 1 Prix Morny in the middle of August – hopefully she'll be back to her best by then."

Dandalla, who is part-owned by the trainer's wife Elaine Burke, has attracted plenty of interest from prospective buyers, but she looks set to remain in the Bradley's white and black colours for the foreseeable future.

He added: "I think we've said no to everybody, at this stage – we're not planning to sell."

The Richard Fahey-trained Fev Rover faced a big step up in class on Friday, having filled the runner-up spot in a novice race at Doncaster on her only previous start. But her performance came as no surprise to connections.

Bradley said: "Richard told me beforehand that she'd win, but I thought he was pulling my leg!

"We won't her back too quickly, either. The race I've got my eye on is the Princess Margaret at Ascot (July 26), but I'm sure there'll be other options and we'll see where we end up.

"There have been a few offers for her as well, but we said we'd keep her and try to win a Group 1 – whether she will or not, we'll have to see, but that's the plan."