The United States Soccer federation voted Saturday to end a ban on players kneeling during the national anthem.

The federation governing body needed to vote on a measure passed by the Board of Directors in June 2020, which repealed the ban on kneeling that had been in place since 2017.

U.S. Soccer implemented the ban after women’s soccer star Megan Rapinoe knelt before a 2016 friendly against Thailand – a move made in solidarity with NFL quarterback Colin Kaepernick to protest racial injustice. 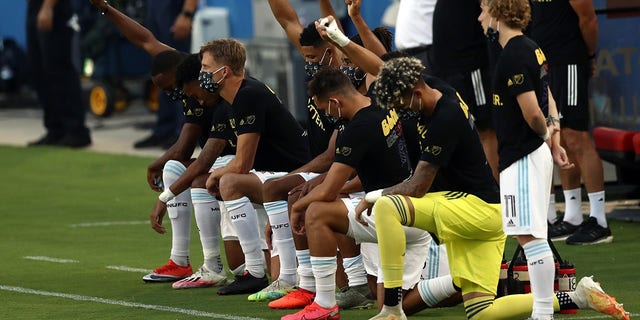 Following the widespread protests against police brutality in 2020, the board decided to repeal the policy.

The members’ vote garnered around 70% support.

“We know that this is a very divisive issue within our country and throughout the world,” U.S. Soccer President Cindy Parlow Cone told reporters during a breakout session after the vote.

“So I was not surprised that our membership was not 100% one way or the other.”

U.S. Soccer also put out a statement later that night to denounce comments made by delegate Seth Jahn, who spoke in fervent support of the ban.

“The offensive comments made from the floor by a delegate during today’s annual general meeting do not represent the views of U.S. Soccer,” the statement read.

“As we reflect on a successful AGM, we also want to underline the importance of U.S. Soccer’s focus on diversity, equity and inclusion efforts within the federation and across our membership.”

Jahn, a paralympian and current U.S. Soccer Athlete councilman, denounced the politicization of sports, saying that the sports industry “is entertainment” and “escape.”

“In 2020, when every citizen was craving an outlet as they were locked down in their homes, sport should have had the highest ratings ever in history, yet nearly every major sports organization saw an incredibly massive decline … as they expressed an inundation of varying displays of their politics,” Jahn said during a seven-minute speech.

Jahn also downplayed the impact of slavery in American history, saying that “every race in the history of mankind has been enslaved by another demographic at some point in time.”