The striker, 22, suffered the horror injury in a collision with Milan Skriniar. 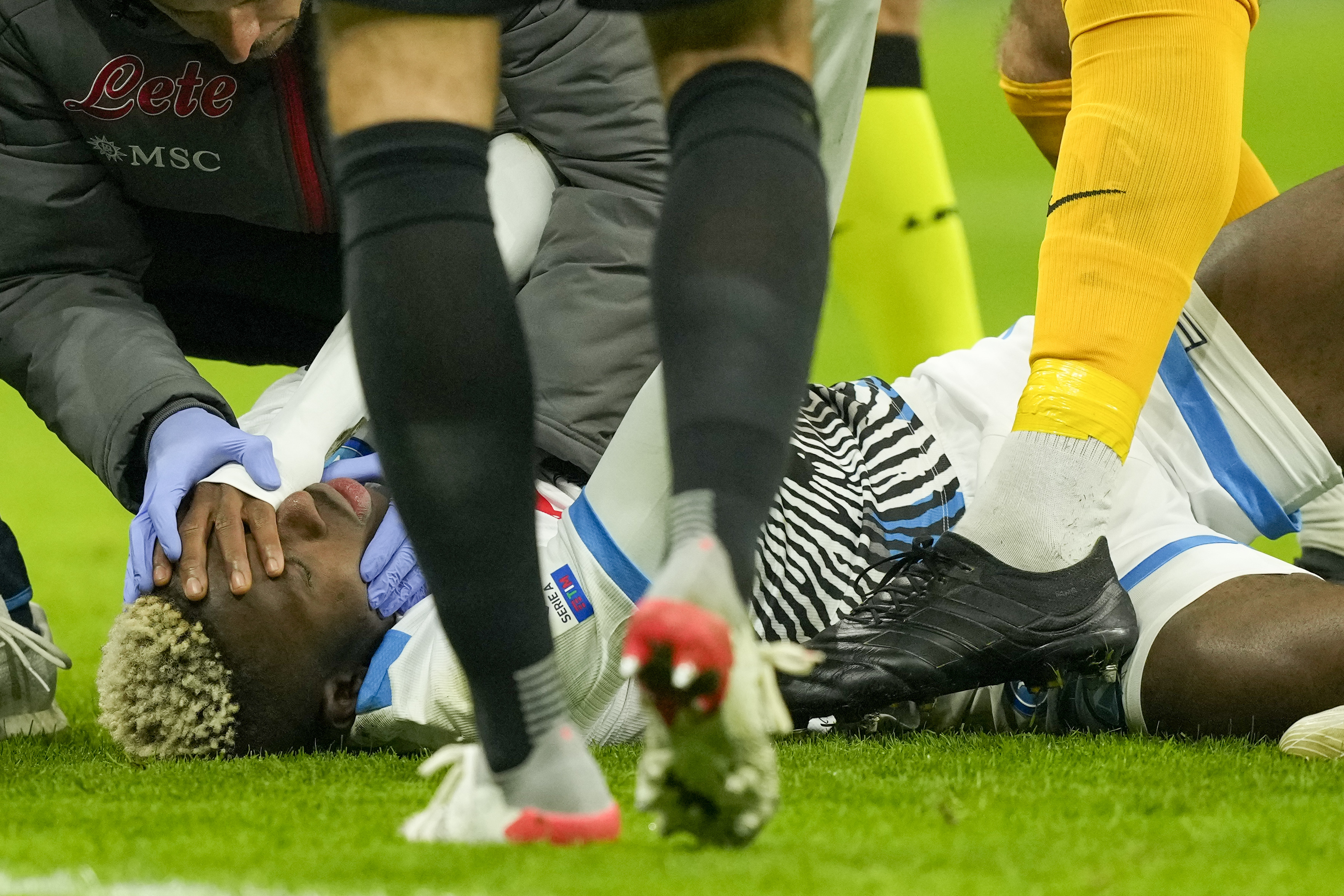 Osimhen underwent surgery and was given six plates and eighteen screws to repair the damage.

His surgeon Gianpaolo Tartaro said it was not an easy procedure and warned Osimhen that he must be careful upon his return to action.

Tartaro told Corriere dello Sport: "He had a series of fractures, it was as if his head had ended up under a press.

"The eye came out of its socket. It is not simple at all, in fact it is very delicate due to the crushing of the socket, due to the curving of the malar bone [which is] practically destroyed.

"The various fractures, not only the cheekbone, obviously brought complications and six plates and 18 screws had to be inserted.

"[Surgery] took three hours, we had to cut him in three places on his face.

"We have to now look at a special mask for his case. It is not something banal, there is a nerve there, it is all very difficult. We will see how his situation evolves.

"Victor has to be very careful because if there is a problem he must return to the operating room."

Napoli suffered defeat to Inter after Osimhen went off and also lost in mid-week to Spartak Moscow.

But the Serie A league leaders responded with a 4-0 win over Lazio on Sunday, despite Osimhen's absence.

The Nigerian has bagged nine goals in 14 games this term and acted as the focal point for Luciano Spaletti's attack – a role Mertens flourished in at the weekend with two goals.