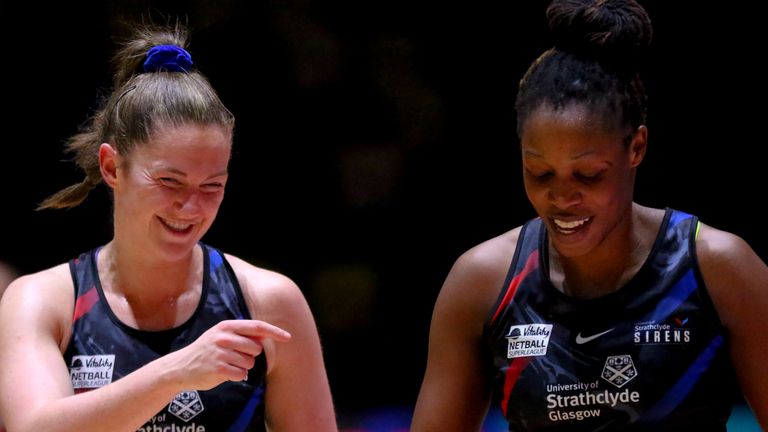 Strathclyde Sirens once again highlighted their play-off credentials with an impressive victory over Saracens Mavericks at the Copper Box Arena.

The Scottish franchise, who now sit fifth in the table, showed exceptional composure and maturity to secure their 41-35 victory. Meanwhile, Kat Ratnapala again pointed to Mavericks’ lack of consistency as one of the reasons for their defeat.

Both outfits still remain in the hunt for the last remaining play-off place though, and while Sirens can put their feet up for the rest of the round, Mavericks must return to court on Monday against fourth-placed Wasps.

Earlier in the day, Leeds Rhinos Netball lost to Loughborough Lightning, while Manchester Thunder finished off proceedings by securing a second victory of the weekend. Strathclyde Sirens’ players showed an incredible level of focus in order to keep Saracens Mavericks at bay and put the pressure on those around them in the table.

Karen Atkinson’s side were unflappable on court and unlike their opponents, were able to consistently marry flair with accuracy.

From the first whistle to the last, Beth Dix anchored them in attack alongside the outstanding Gia Abernethy, while Towera Vinkhumbo was at her best in defence and Emma Barrie shone in the shooting circle.

With the encounter poised at 19-16 after 24 minutes, both teams knew how pivotal the third quarter would be, both to the game at hand, and potentially to their respective seasons.

Mavericks used the first minutes of the third to get back level, as they converted turnovers from Jo Trip and a fit-again Razia Quashie.

After that, it became a bit scrappy for a few minutes and Sirens were the first to restore their poise and composure. They pressed hard again in defence, with Taylor Cullen setting their intensity, and they forced Mavericks into another personnel change.

Sirens strike again….And now it's back over to wasps. Crazy round of netball so far! #racetofinalfour @SkyNetball

Britney Clarke’s introduction at shooter and Kadeen Corbin moving out to GA, initially sparked Mavericks. However, as time ticked by they began to force things again in attack.

In contrast, Sirens’ seven stayed settled and focused on themselves. They avoided the trap of being sucked into upping the tempo and instead played the ball around and continued to find the ever-accurate Barrie in the circle. 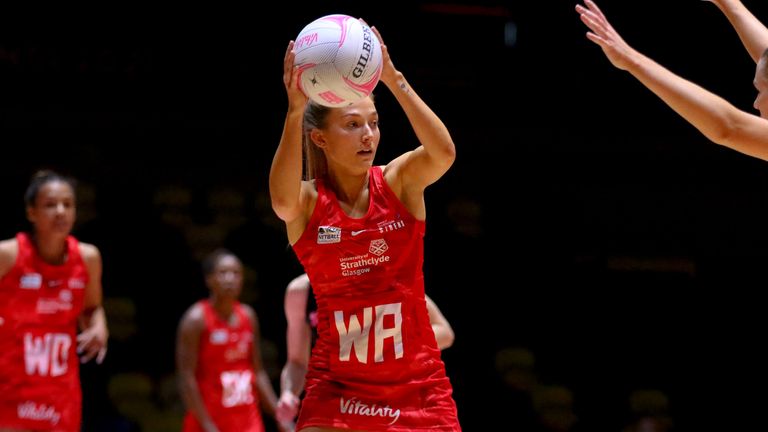 We’ve just worked really hard and I think that everyone can see it this year. It’s been building, it’s such a good feeling and we’re so happy. Our captain said it all, she said that we are a big gun and we’re ready. It’s exciting. 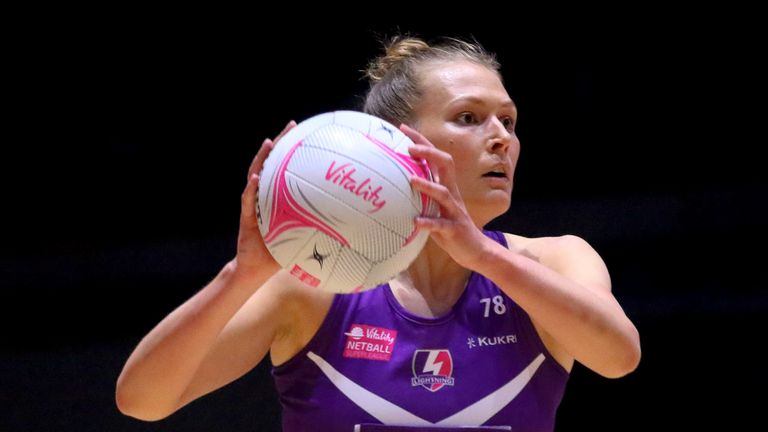 Lightning, who have already qualified for this year’s semi-finals, overcame a slow start and an inspired third quarter paved the way for their ninth win in succession.

For Rhinos, the loss opened up the play-off race further, however their head coach remains positive about their chances.

“We’ve just got to take care of our own business, which has been our process for the whole season,” Ryan said to Sky Sports.

“We’ll reflect on this game pretty deeply but we’ll wake up tomorrow and put in an emphatic performance against Storm. It’s always been about the response for us and with three games to go, we’re looking for three good performances.”

Throughout the first half, both teams went through patches of nerves.

Lightning struggled early on and their jitters handed Superleague’s newest francise a 6-1 lead. Then, Rhinos’ nerves arrived during the second quarter after they’d levelled the scores.

Throughout the first half, when both teams were ‘on’ they produced outstanding netball; with Mary Cholhok and Donnell Wallam being fed superbly by their respective attacking units.

With nothing between them at half-time, a few early errors allowed Lightning to edge ahead at the start of the second half. And, although Rhinos reeled them back in, Clark became more and more influential as the quarter went on.

The dual international’s ability to play what was in front of her, and put up her own shots, was the catalyst for Lightning’s match-winning surge. To add insult to injury, Rhinos lost co-captain Fi Toner to a nasty fall and in the end, they weren’t able to produce another comeback in the final stages.

The tough run-in is probably good for us; we’ll play Thunder and Bath and then we’ll probably play one of them again [in the semi-final]. The girls will be battle-hardened, and they’ve got to learn to absorb pressure. We did that today and we’ll have to do it again for the next two weeks… it’s going to be fun.

In the last match of the day, Manchester Thunder added another victory to their season’s tally as they overpowered Surrey Storm.

After booking a play-off place on Sunday, the 2019 champions flexed their muscles after half-time in order erase Storm’s efforts.

A 16-10 third quarter proved to be pivotal and during the final 12 minutes, Karen Greig continued to hand minutes to her youngsters, including defender Millie Saunders, who had made her Superleague debut on Saturday.

Sky Sports is your home of netball. The Vitality Netball Superleague continues on Monday with the final two matches of Round 18, live on Sky Sports Mix and streamed on the Sky Sports YouTube channel from 5pm.