Home » Sport » Vitamin injections and a trip to see ‘Yoda’ in France – Arsene Wenger was ahead of his time at Arsenal, says Wrighty – The Sun

Vitamin injections and a trip to see ‘Yoda’ in France – Arsene Wenger was ahead of his time at Arsenal, says Wrighty – The Sun

ARSENAL legend Ian Wright has lifted the lid on how boss Arsene Wenger turned the club's faltering stars into Premier League champions – by injecting them with vitamins and taking trips to see 'Yoda'.

Speaking on Match of the Day on Saturday, Wrighty revealed exactly how Wenger ended the club's binge drinking culture, smoking and awful diets which included steak and chips BEFORE Premier League matches. 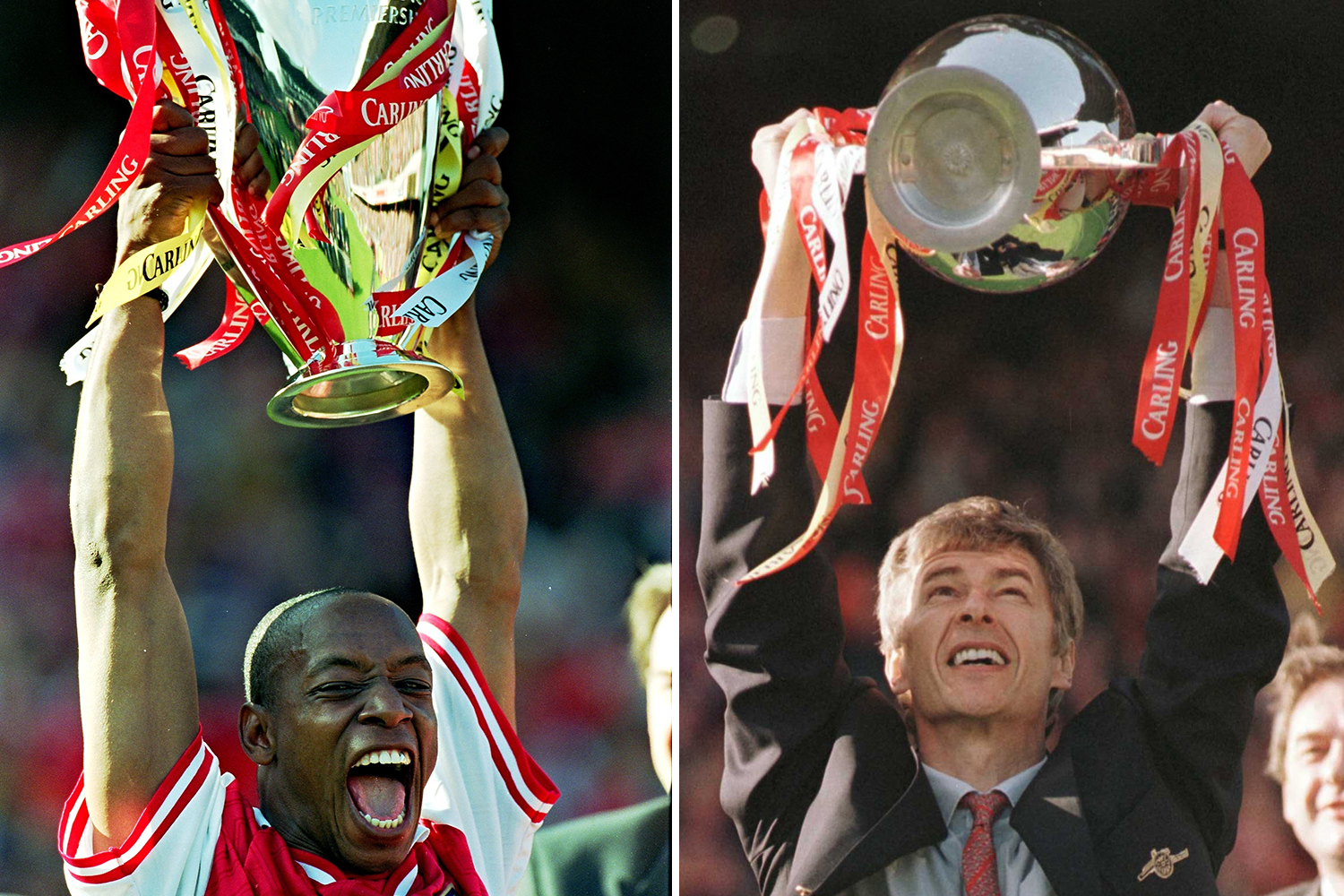 But the Gunners' hero's claim that the side were injected with vitamin boosters prompted Match of the Day pal Alan Shearer to claim Wrighty and his pals had 'cheated' their way to multiple trophies.

Wenger took over at Highbury in 1996 with the side struggling under previous boss Bruce Rioch.

The former Monaco chief arrived from a spell at Japanese side Nagoya Grampus Eight.

And he transformed not only Arsenal's fortunes but also the outlook of the entire Premier League with his radical and forward-thinking methods.

Wright said it meant that he and his team-mates were so far ahead of their rivals in terms of fitness because of their better nutrition.

They had regular injections of B10 and B12 into their arms to make them stronger.

It set up an astonishing period of success at the North London club when they claimed three Premier League titles, a Double and became the unbeaten 'Invincibles' in just nine years.

Wrighty said: "We used to have vitamin injections right into us, right into our arm.

"We wouldn't take it for a while, and slowly you would introduce it in, and you could see they were training at a different level after six or seven weeks than you were.

"So when you started taking it, everybody got to the same level – we just got so strong in the games. 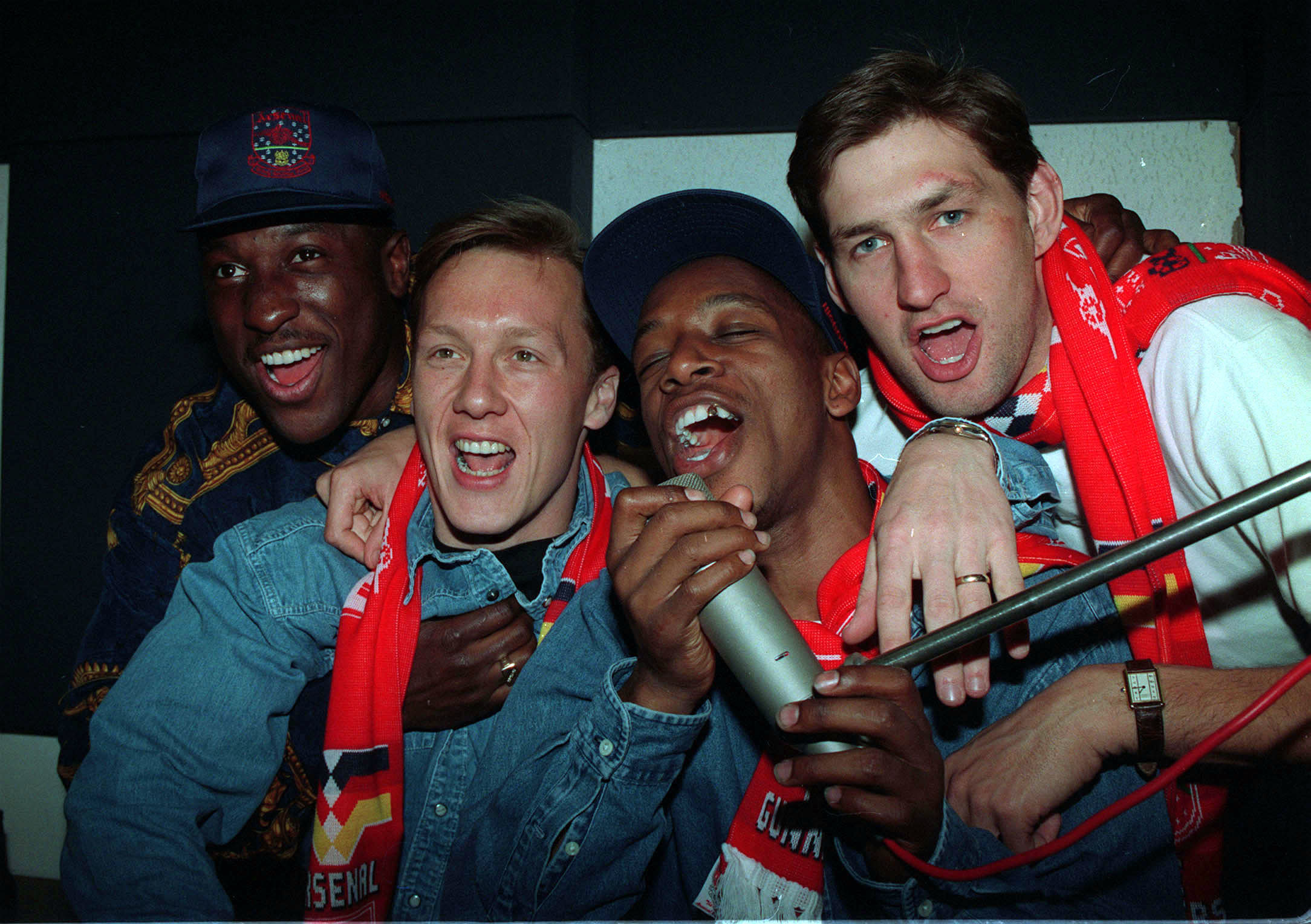 "Before he came, we were eating anything we wanted. We were still eating pies and chips.

"We used to get sent to France. I used to have to do a session with a guy, I used to go there for two weeks because when you get to 30 or older, he was worried about how you would rehabilitate after you had played games and how you recover.

"I used to have to go and see a guy, unfortunately he has passed away, but it was like going to see Yoda.

"That's what Arsene Wenger did, he'd take you to a place where you had to be literally the best you could be.

It was a far cry to the days under George Graham and Rioch with three-day benders and skipper Tony Adams ending up in jail for drink-driving.

The notorious Tuesday Club, saw players turn up for Tuesday training in their best clothes to head straight off into a drinking binge afterwards at various exclusive clubs, pubs and hotels.

Wright, who scored 185 goals for Arsenal breaking Cliff Bastin's all-time club record, explained: "I remember when we started training in pre-season, after we finished, and you know what pre-season was normally like, running you into the ground to the point where people were vomiting. And they'd say, brilliant, that's a good pre-season.

"We literally hardly did anything [under Wenger], to the point where Tony and Lee Dixon were saying, "boss, we don't feel fit enough."

But they soon understood when they went on to lift the title in Wenger's first season.

The Frenchman revolutionised the game in England.

Wright said: "He was ahead of his time."

But Shearer said: "You cheated."

And Match of the Day host Gary Lineker joked Wright had let the cat out of the bag and they should have been tested.