Home » Sport » Where are Neymar’s team-mates from Barcelona debut in 2013, including Alexis Sanchez, Song and an ex-Brighton full-back? – The Sun

Where are Neymar’s team-mates from Barcelona debut in 2013, including Alexis Sanchez, Song and an ex-Brighton full-back? – The Sun

NEYMAR has been continually linked with a return 'home' to Barcelona since he left.

The Brazilian, 29, seemed to have fallen out of love with Paris Saint-Germain on several occasions and appeared to be keen on a move back to the Nou Camp. 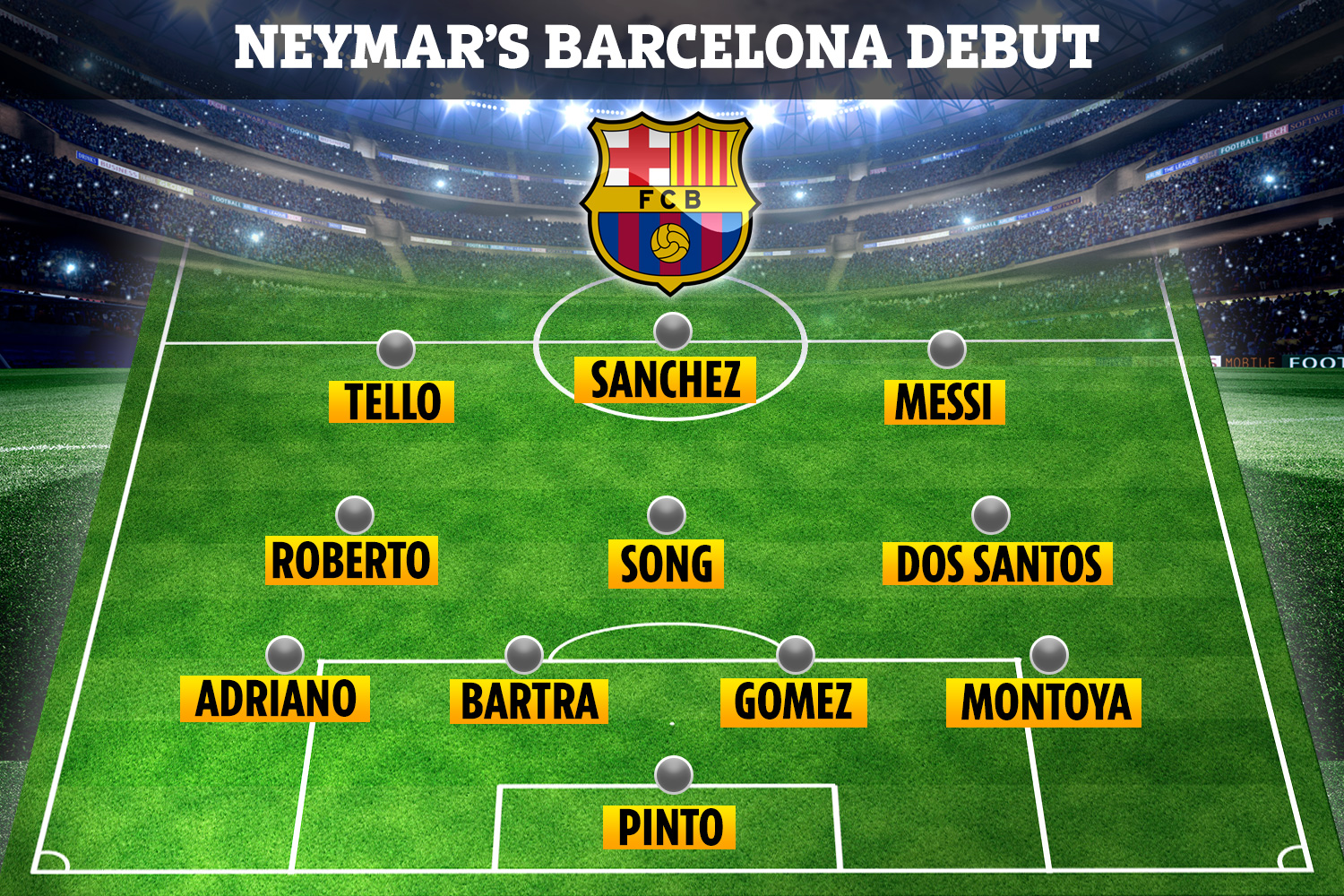 Barca are in the midst of a major overhaul, having lost Lionel Messi and Antoine Griezmann this summer.

The Catalans could end up playing with Newcastle and Middlesbrough rejects Luuk de Jong and Martin Braithwaite in their place this season.

And after Neymar signed a new PSG deal in May, there is surely no chance he'll want to go back now.

But SunSport have taken a look back at the starting XI for his Barcelona debut in 2013. 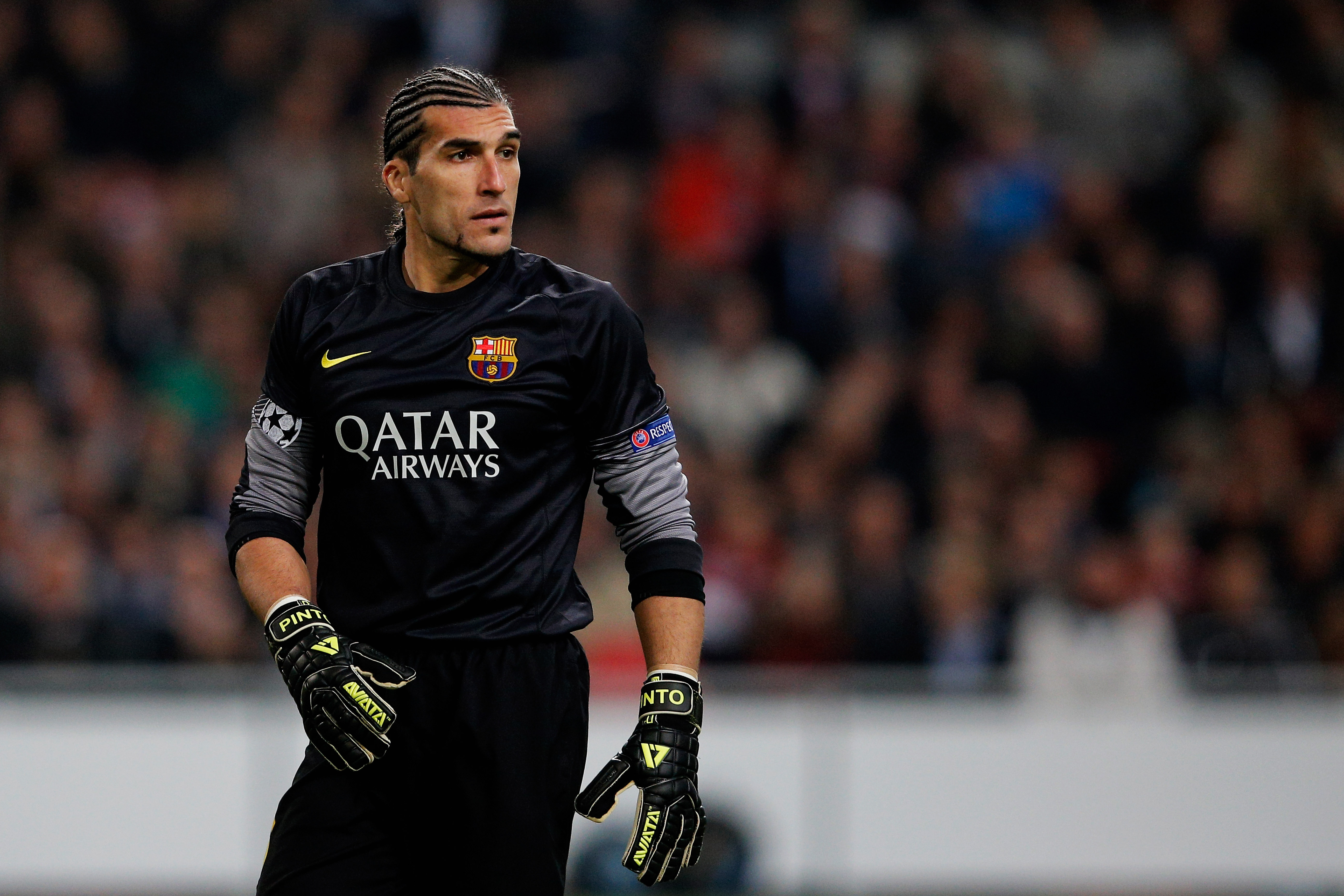 IN the Victor Valdes era, Pinto was never any more than just the cup goalkeeper – at the club from 2008 until 2014, initially as cover for injured backup stopper Albert Jorquera.

Pinto retired after six years at the club with only 31 LaLiga appearances to his name.

Under the pseudonym Wahin, Pinto formed his own hip hop music label, Wahin Makinaciones, in 2000 and released his own album in 2006. 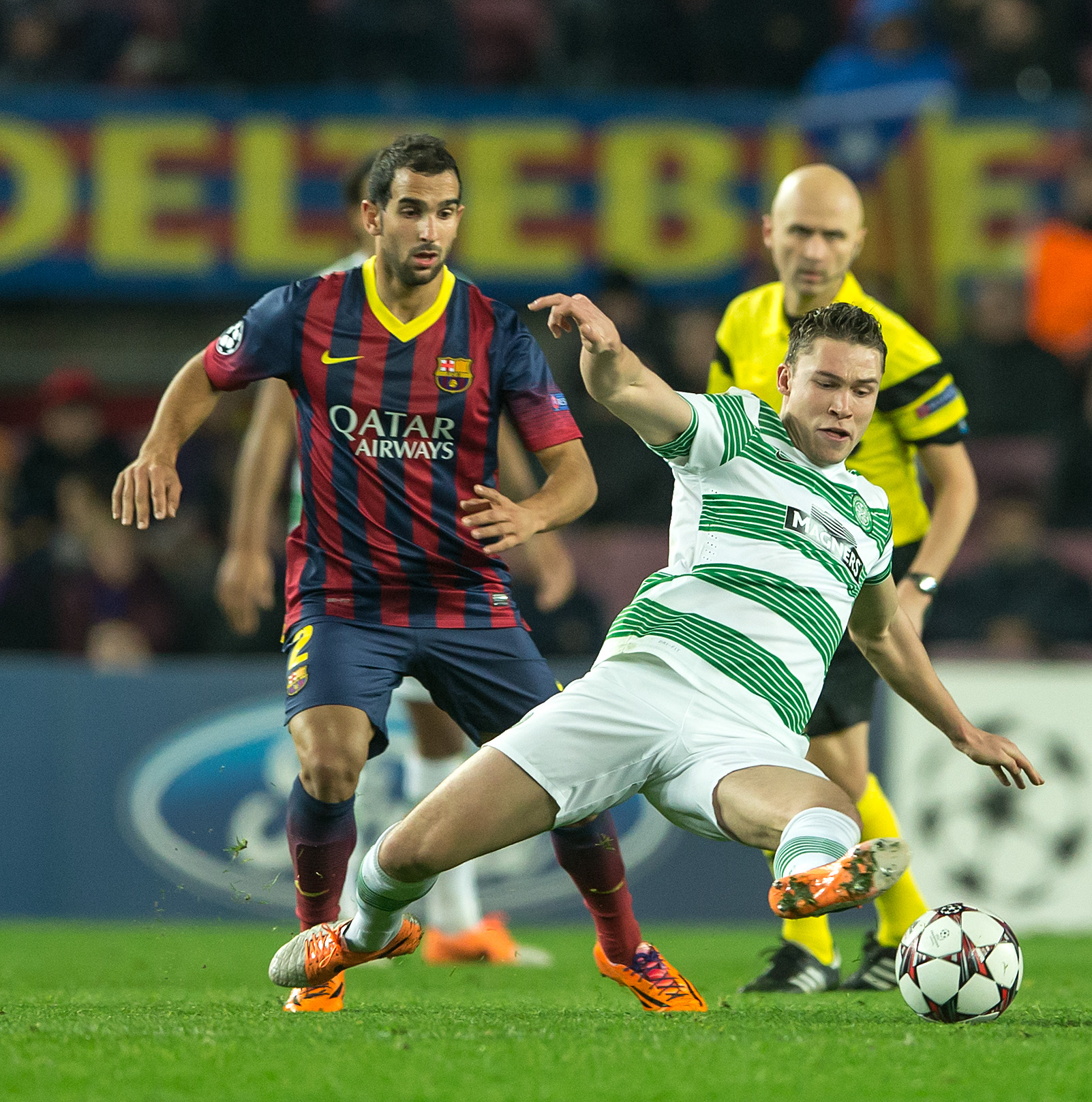 MONTOYA worked his way through the youth ranks, staying at Barca between 1999 and 2016.

After stints at Inter Milan and Real Betis on loan, Montoya moved to Valencia, spending two years at the club before moving to Brighton.

He is now back with Betis. 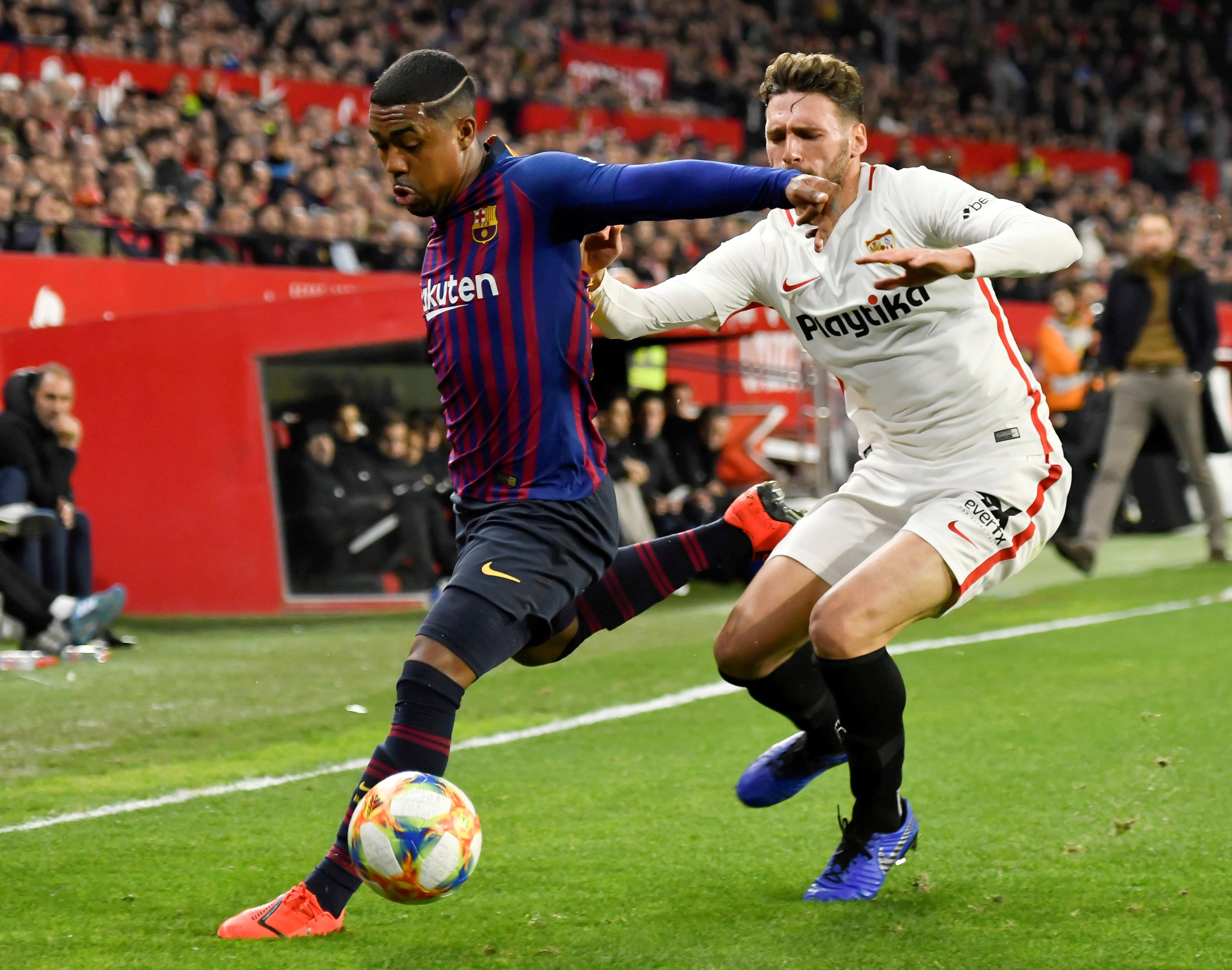 ANOTHER former Barcelona youth product, Gomez failed to play a single LaLiga game before heading to Celta Vigo in 2014.

After four years shining in the first team, Gomez moved to Sevilla and is now at Espanyol. 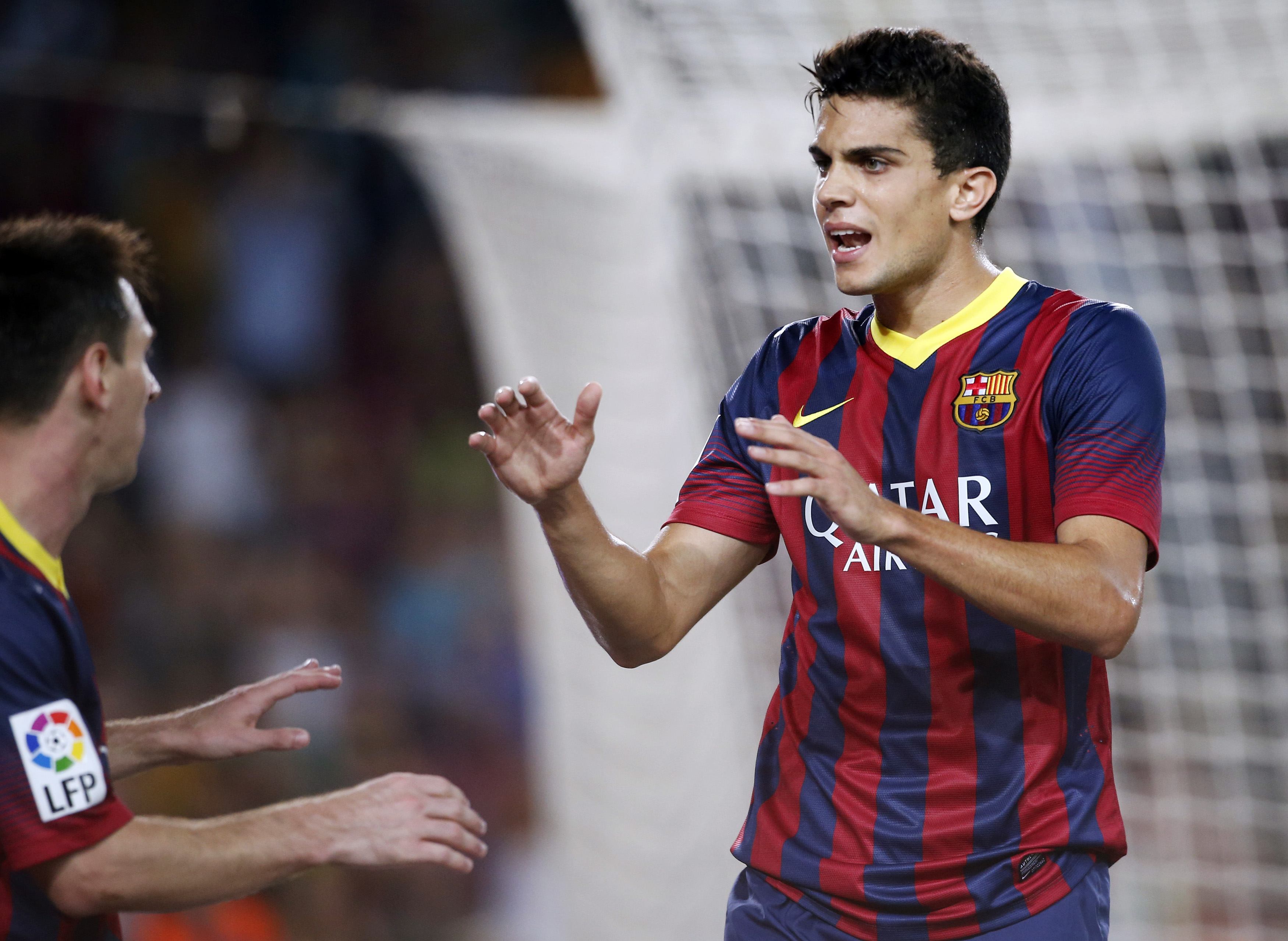 YET another youth product in the starting XI for Neymar's debut, Bartra fared slightly better, notching nearly 60 LaLiga games in six years in the first team.

Two years at Borussia Dortmund followed his 2016 Nou Camp exit, before he joined Real Betis in 2018. He still plays there now. 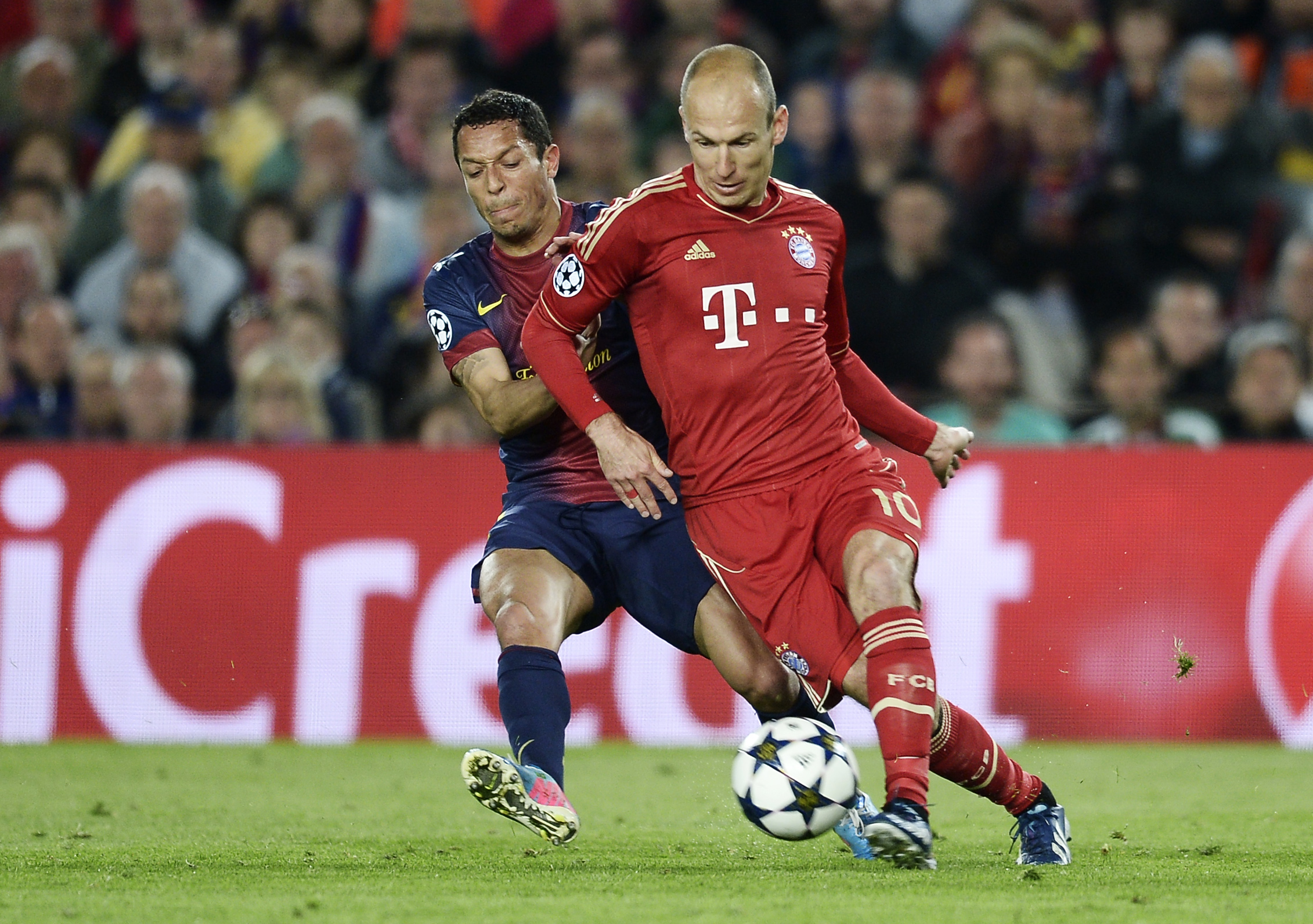 A REGULAR in the Barcelona team between 2010 and 2016, Adriano racked up over 100 LaLiga appearances after joining from Sevilla.

After his exit in 2016, Adriano spent three years at Besiktas before heading to Atletico Paranaense in Brazil.

He's now at Belgian side Eupen. 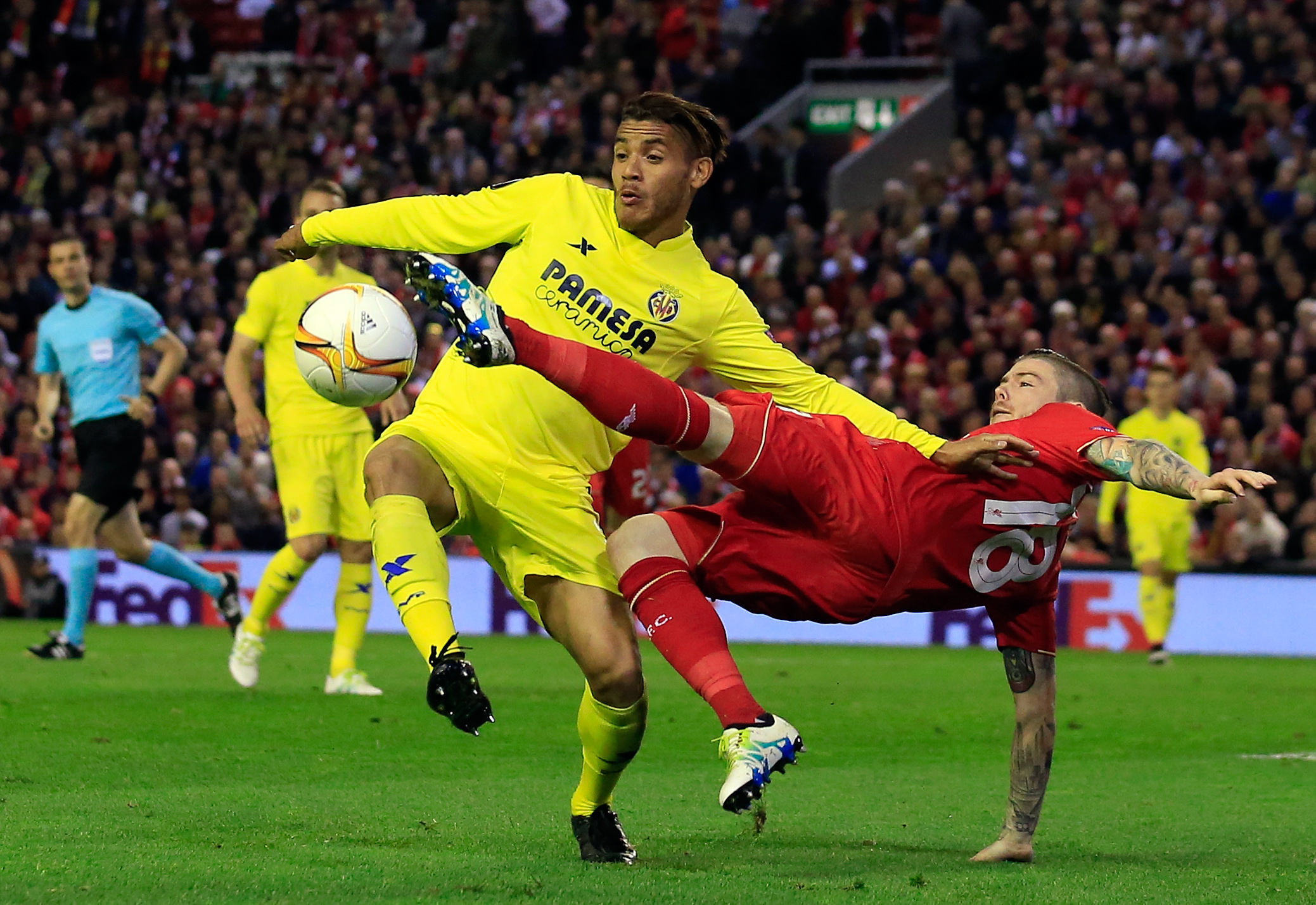 THE brother of ex-Tottenham flop Giovani, Jonathan spent 12 years working his way through the ranks at Barcelona.

But he only mustered 14 LaLiga appearances across five years in the first team and was sold to Villarreal in 2014.

Three years at the Spanish giants followed, before he joined his brother at Los Angeles Galaxy where he remains. 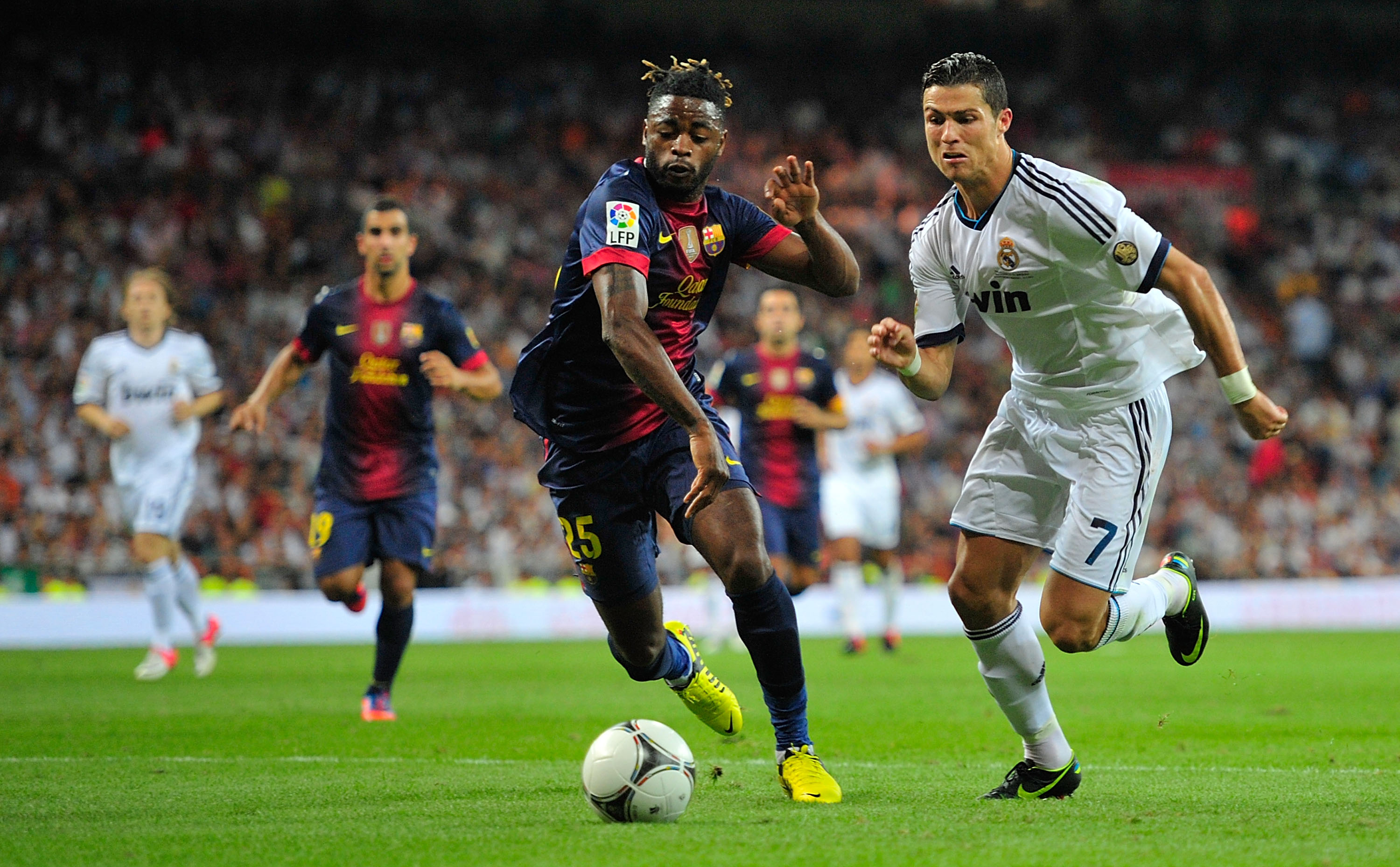 PERHAPS best-known for his blunder, believing Carlos Puyol was handing him the 2013 LaLiga trophy, when it fact it was meant for Eric Abidal, Song struggled at Barcelona.

In four years at the Nou Camp, following time at Bastia, Arsenal and Charlton, Song was loaned to West Ham twice, before being sold to Rubin Kazan.

After a spell in Switzerland, the Cameroonian is now playing for AS Arta in Djibouti. 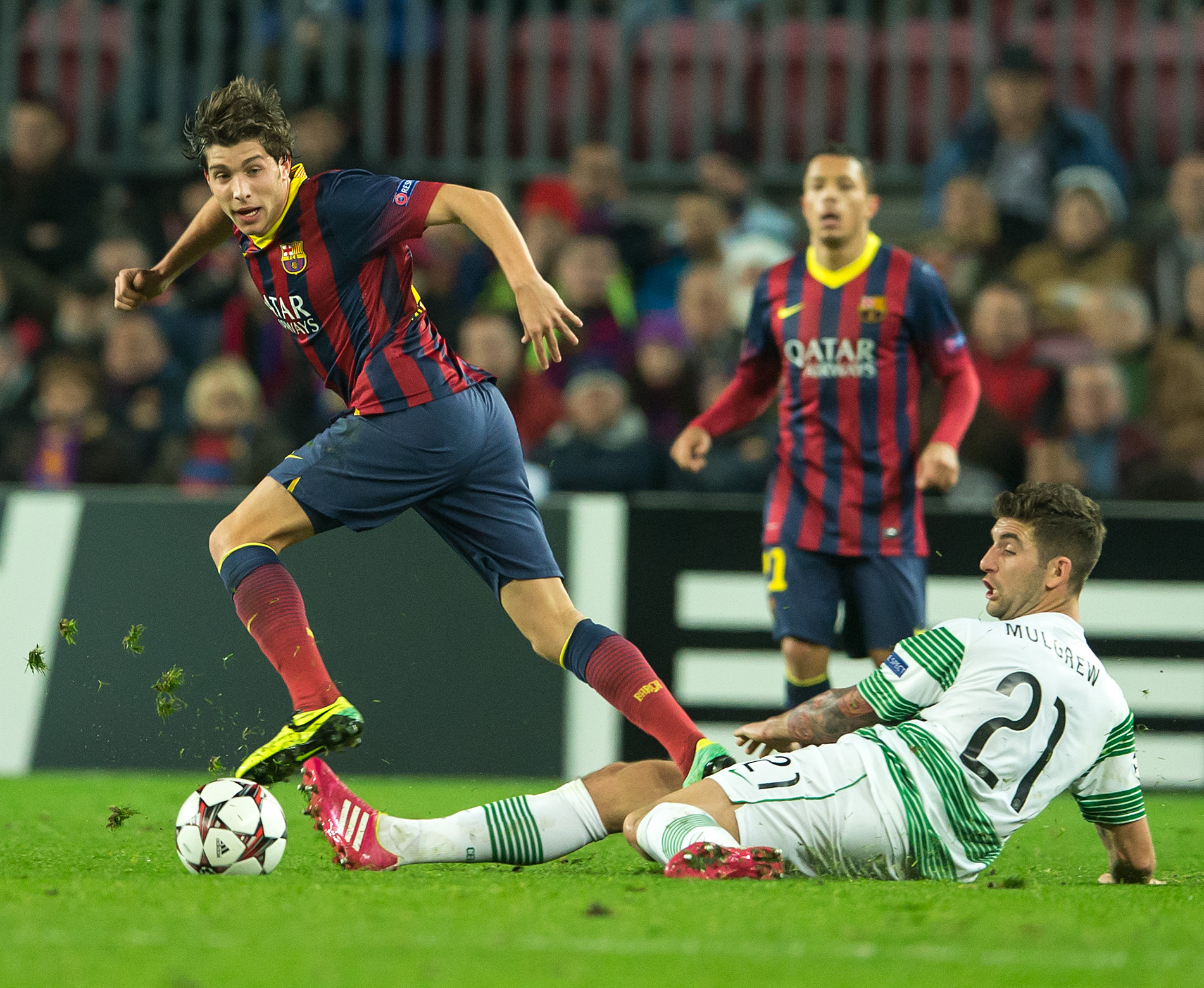 He's played 307 times for the Catalans – and has two Champions League winner's medals.

Famously scored the last-gasp aggregate winner in the thrilling 6-1 comeback victory over Paris Saint-Germain in 2017. 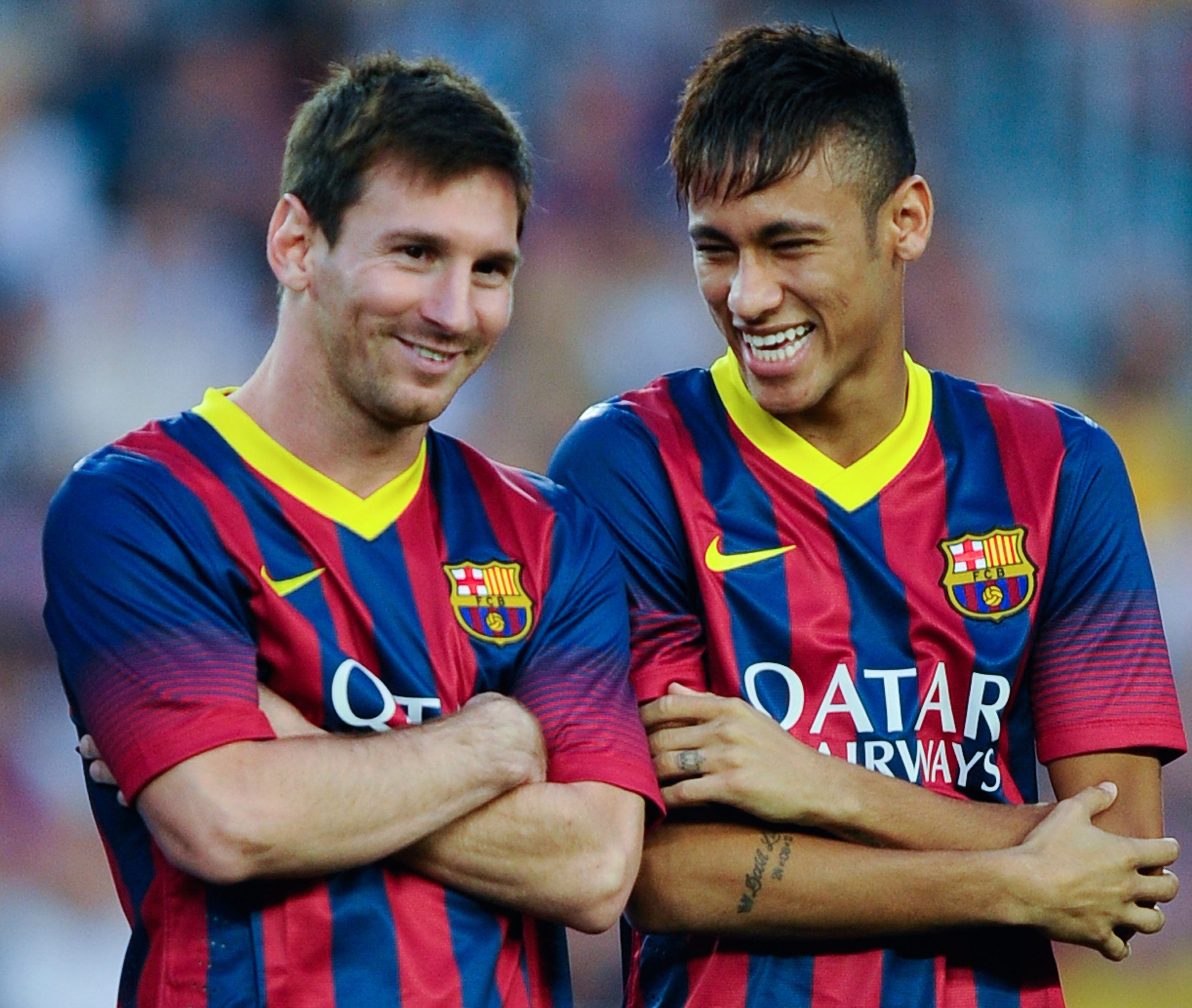 SCORED the second equaliser as Barcelona twice battled back to draw on Neymar's debut, Messi needs no introduction.

Left for PSG this summer after Barca made a pig's ear of their finances and couldn't register him.

A true legend of the game. 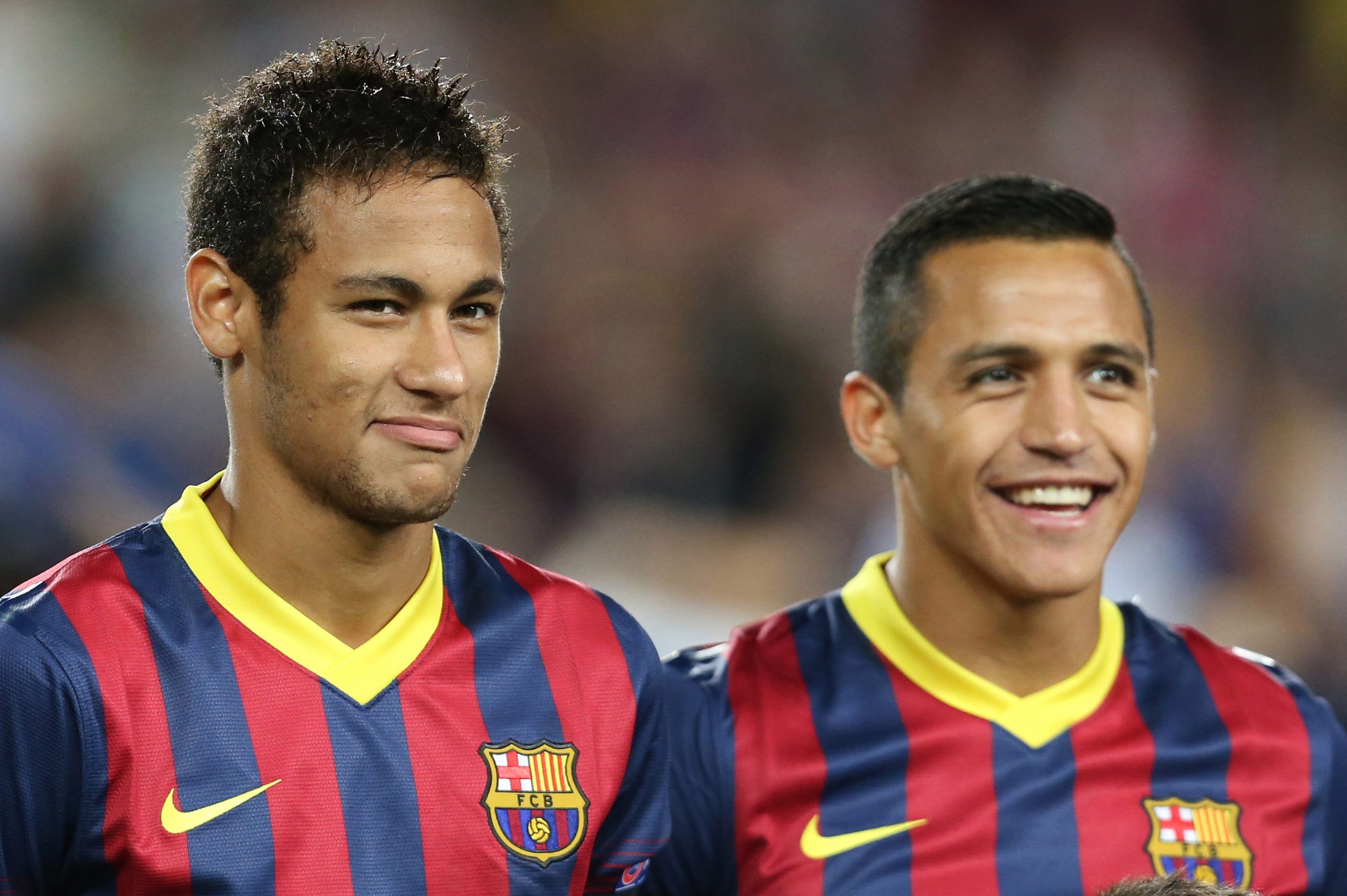 THE man who was taken off the pitch so Neymar could make his debut, Sanchez is well known on these shores.

Sanchez joined Barcelona from Udinese in 2011.

He enjoyed three decent years, mostly off the bench, before joining Arsenal, where – early on, at least – he enjoyed arguably his best stint as a footballer.

Flopped miserably at Man Utd before being loaned to Inter Milan where he has found life almost as tough.

Earned in excess of £500k-a-week at Old Trafford though so is probably OK for a few quid. 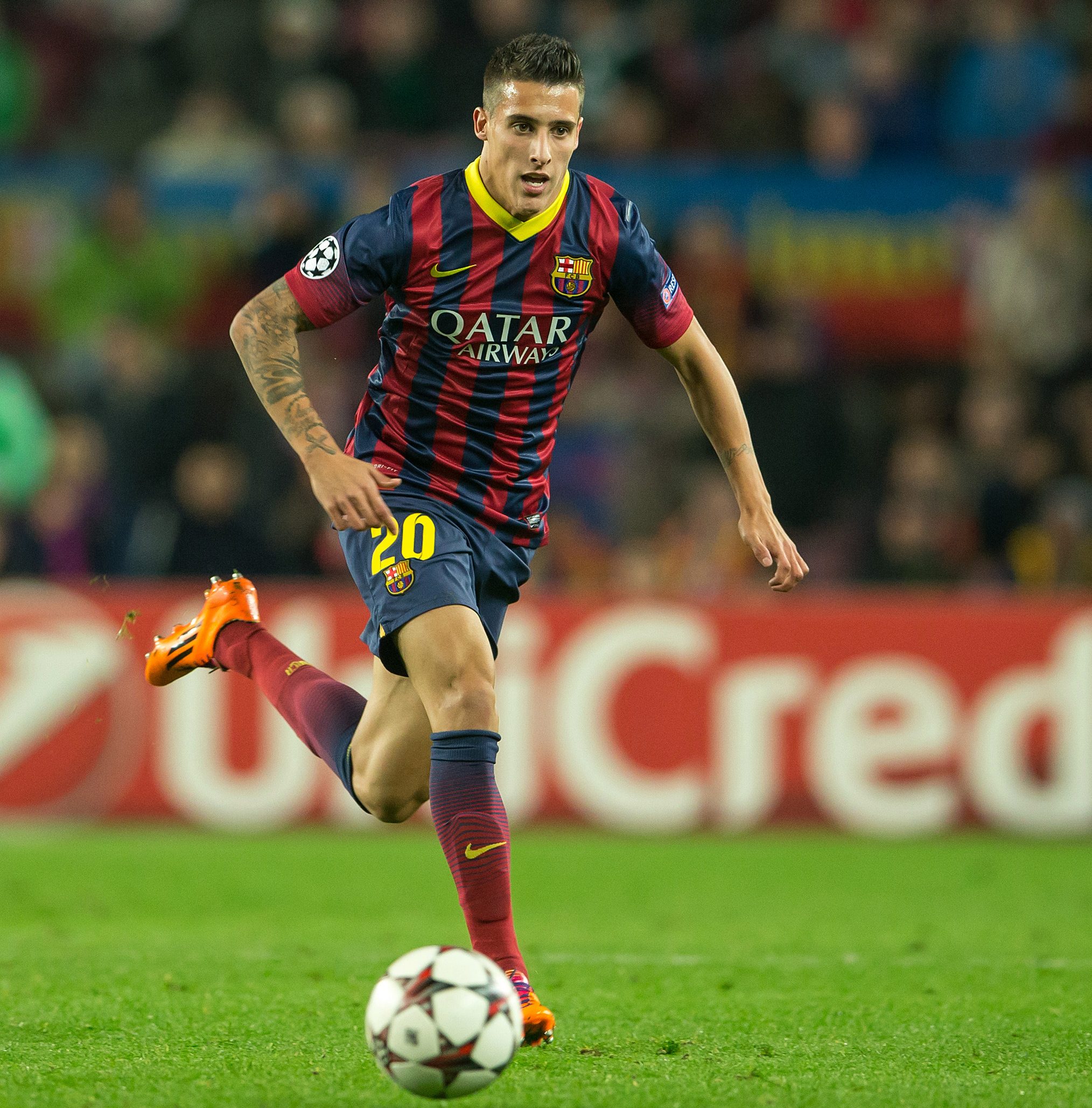 ANOTHER of the bench mob, Tello scared 11 goals in 59 La Liga games across six years at the club.

Moved to Porto and Fiorentina on loan, before securing a permanent switch to Real Betis – where he still plays today.

are, Neymar’s, team-mates, Where
World News