ADAMA TRAORE left Burnley chasing shadows at Molineux but could not mark his recall with the win that would have seen Bruno Lage’s side boost their top-four bid.

Instead it was Burnley’s stubborn display that saw them go FIVE games unbeaten. 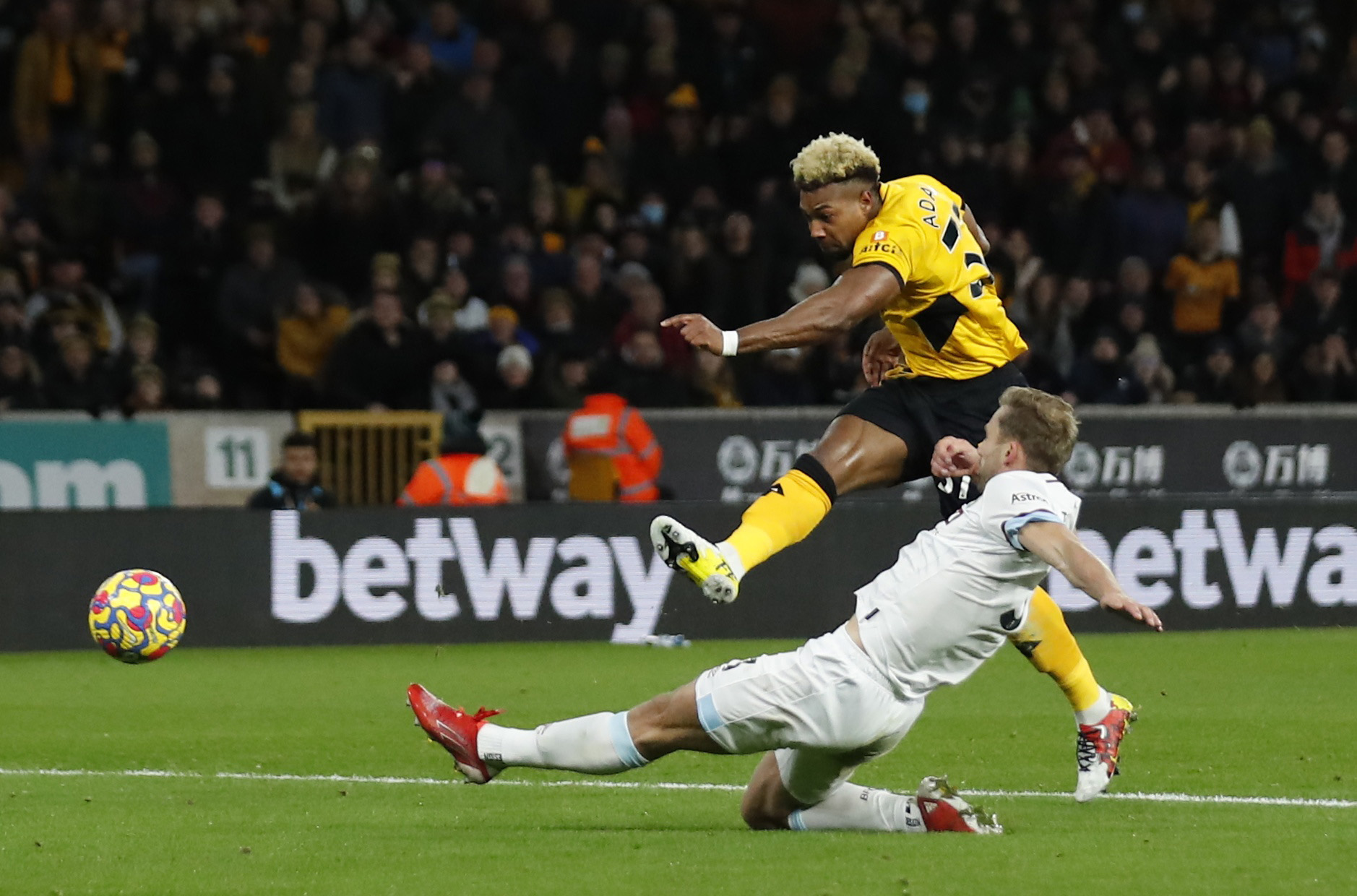 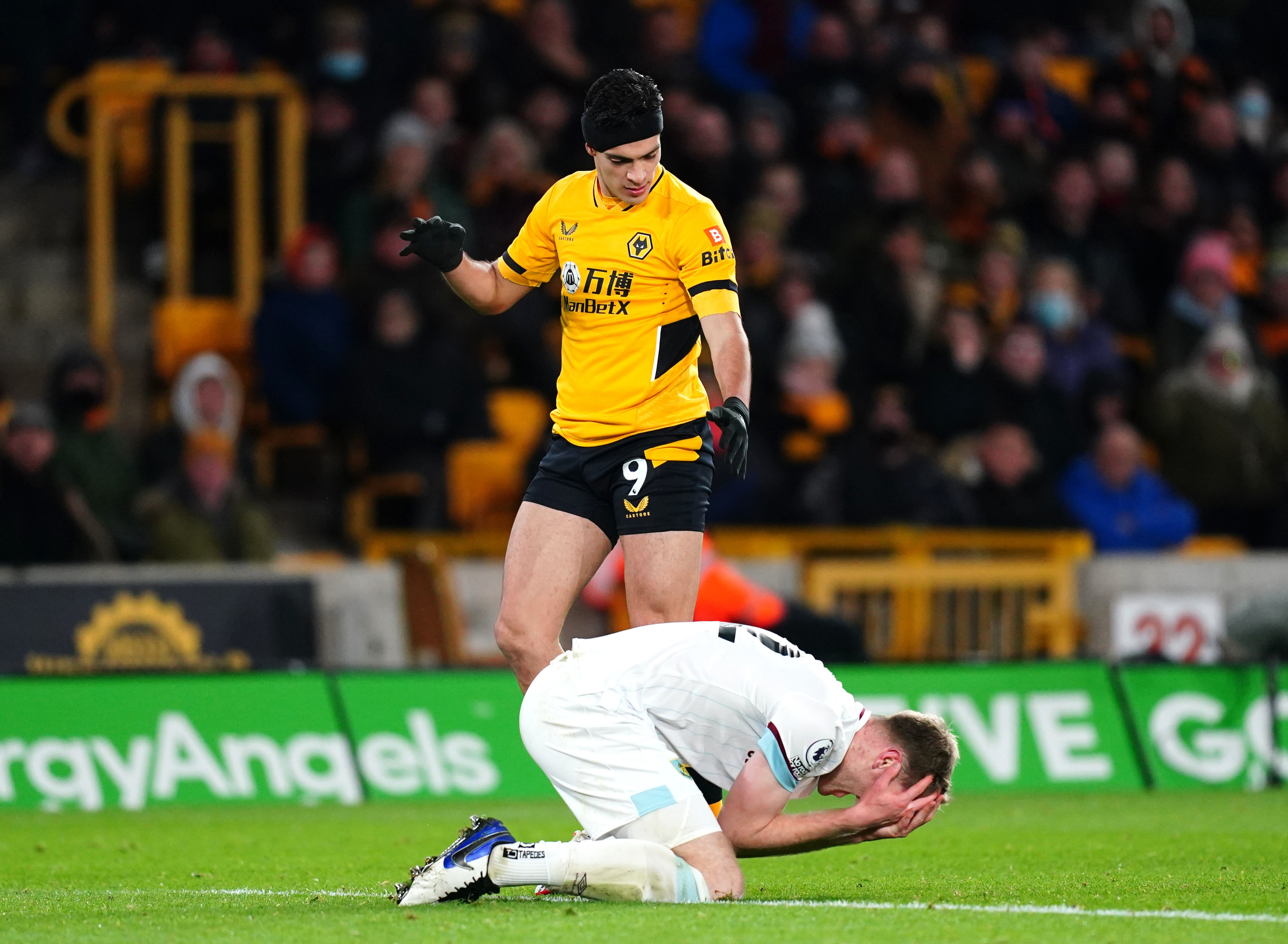 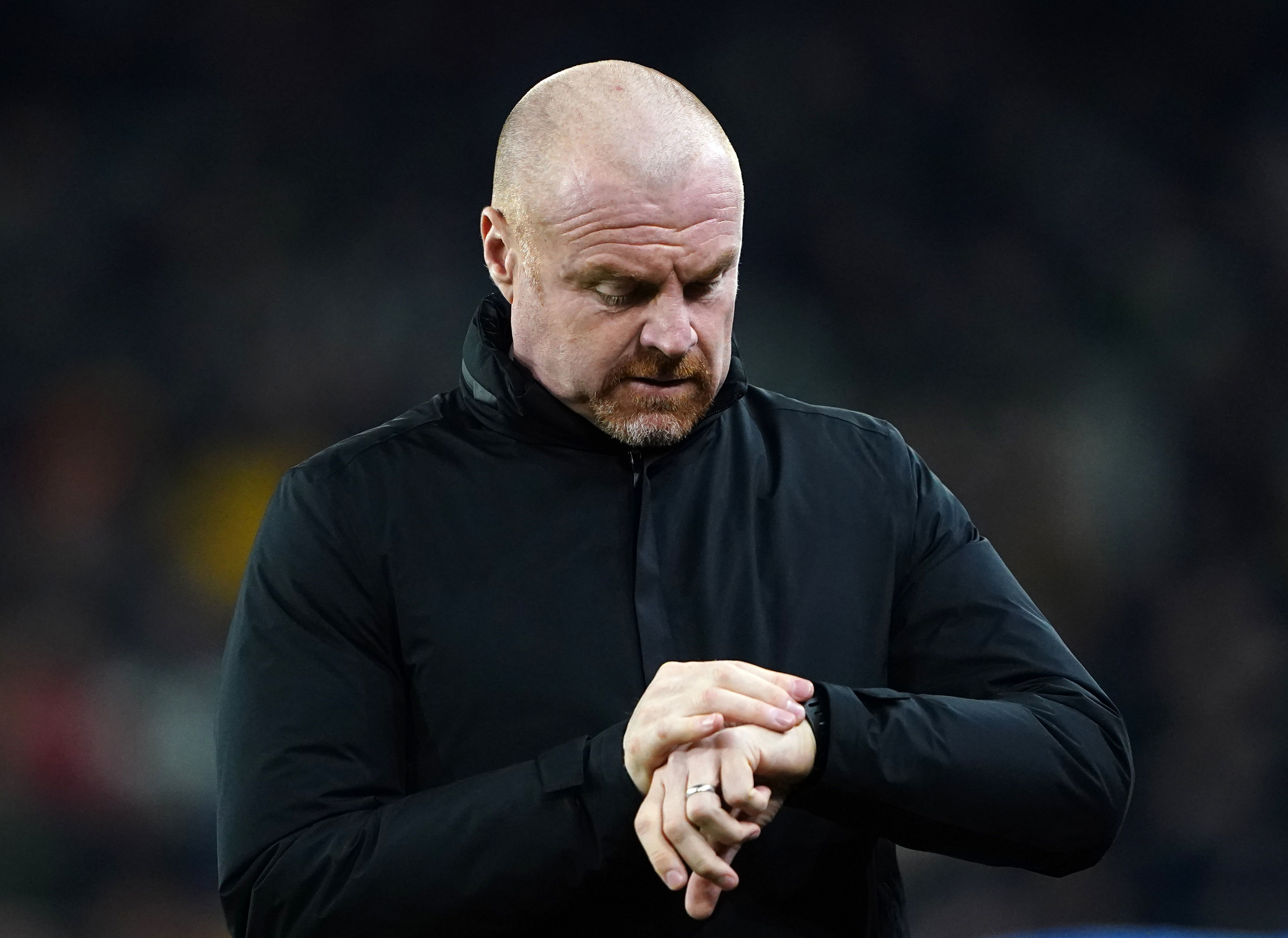 Traore was named by Lage after three games on the bench – and looked determined to impress after his manager said his game lacked consistency.

The Spaniard responded by crashing a shot against the bar after half an hour.

But it was an act of selfishness as he could have slipped in the unmarked Raul Jimenez who would surely had make his 100th Premier League appearance with a goal.

Dazzling Traore caused Burnley problems all night – and seemed determined to make a point to Lage.

He also forced keeper Nick Pope into a late save – but it was not enough.

Wolves wanted a fourth successive home win after moving into the top six.

But they have found Burnley tough to beat in recent years.

And so it proved again – but Sean Dyche’s side are still in the bottom three.

Wolves were already without the suspended Ruben Neves and were dealt a further blow when it was revealed Fernando Marcal along with Daniel Podence who tested positive at the weekend.

Neither team held back in the early stages with Burnley skipper Ben Mee collecting a sixth minute yellow as he brought down Traore.

Wolves forward Hwang Hee-Chanal almost landed himself in trouble when he retaliated after Matt Lawton caught in the face with an elbow.

But ref John Brooks – taking charge of his first Premier League game – felt a yellow each was enough.

Wolves had the best of the opening exchanges, but it took half an hour for Clarets keeper Nick Pope to be seriously troubled.

Burnley’s Maxwel Cornet delivered an inswinging corner which keeper Jose Sa had to punch away from underneath the bar.

But moments later, Traore raced clear from the halfway line and had Jimenez unmarked to his left.

But Traore went for it on his own and unleashed a powerful drive that rattled the crossbar and bounced out again.

Jimenez had the look of a man who would have appreciated a pass.

The niggly aspect to the game continued after the break when Jimenez appeared to catch Nathan Colllins in the face – but a VAR check ruled out a red card for the Mexico striker.

Traore produced another dazzling run after 68 minutes but his cross could not be converted by Jimenez.

Wolves were on a roll and Hwang put an effort just wide of the far post a minute later.

But Burnley almost grabbed a goal with 14 minutes left when Dwight McNeil forced Sa to save at his near post.