Profanity in movies has been around for about 55 years, officially, which can all be attributed to the loosening of the Hays Code in the late 1960s. Fast-forward to a film like Uncut Gems, and a new record for profanity has been set. If one thinks the film was breaking records in other ways, its use of a certain four-letter word is now in the record books.

No, it’s not #1 on that particular list, but in the Top Ten. Whether a moviegoer will find that interesting will be dependent on how much of the demonstrative F word viewers want in punching up the scripts of their favorite movies.

So far, Martin Scorsese is in that group while still managing to be in the pantheon of all-time great filmmakers. Now the Safdie Brothers will join him.

Where does ‘Uncut Gems’ fall in terms of ‘F’ word use? 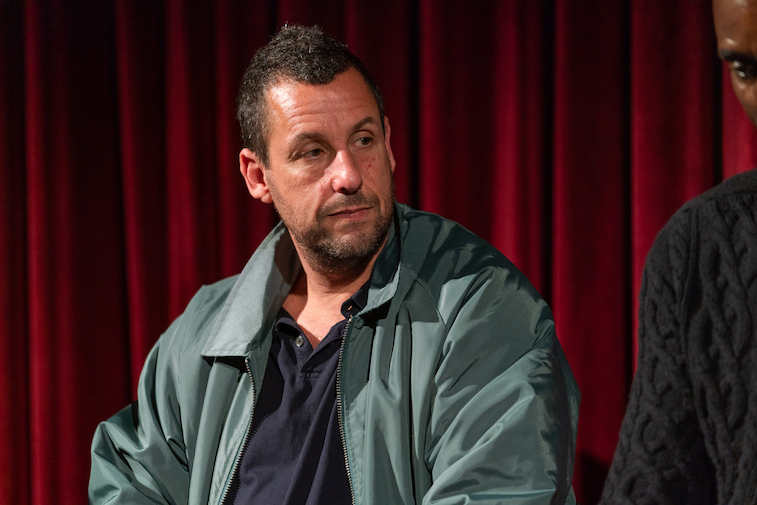 According to Entertainment Weekly, Uncut Gems falls in seventh place for 408 instances of the most famous four-letter intensifier. Not all of those are from Adam Sandler in his now nearly iconic Howard “Howie” Ratner role. While he’s the showcase of the movie, this is really an ensemble piece, something the Safdie Brothers know how to do with true skill.

Not that using the F word 408 times necessarily enhances the film, which is based squarely on a compelling story and the acting by Sandler. Yet, there always seems to be a contest on how many uses of the word can be slipped into a film without gaining a hard R rating. In many cases, studios just let those films gain hardcore ratings since they always find an adult audience.

Should there really be a behind-the-scene joke on how many F words can be inserted into a film, the Safdie Brothers haven’t won yet. Martin Scorsese is still at the top for most voluminous use of the word in The Wolf of Wall Street. This is only for fiction, though.

Two documentaries top all-time F-word usage. Second is a documentary from 2005 called F*uck, and the first is a 2014 documentary called Swearnet: The Movie.

Spike Lee hasn’t been afraid to use the word hundreds of times in his movies. He’s at No. 4 on the list with his Summer of Sam. Rounding things out at #5 is Gary Oldman’s 1997 film Nil by Mouth, followed by Scorsese’s Casino.

With so many more on the list, does this designation take away from the art of those movies or add to it? The arguments over the use of profanity still has wide divides based on personal philosophies and whether it’s just becoming annoying due to its overuse.

There’s a valid argument the shock value of the word has long been played out, leading to use of the word sounding as common as “the.” For those older who grew up with movies using the Hays Code, use of the word (and other profanity) might feel like the downfall of good cinematic dialogue.

Will the ‘F’ word become annoying or still forceful?

Some might choose to believe the overuse of profanity in movies has hurt movies to a point where profanity no longer means anything. Actors screaming the F word at the top of their lungs doesn’t make the impact it once had several decades ago. Audiences have also admitted in polls they’re tiring of watching profanity-laden films.

As a result, will movies start using it less, or is it just a natural reflex in every script nowadays? In the event there’s a contest to see how often the F word can be said like in Uncut Gems, (reportedly, every 3.7 minutes) it might go on a while and just become an annoyance.

In the chance it’s removed from overuse, there may be the first adult PG-rated film in years that everyone runs to see.