Antiques Roadshow star Jon was joined by a gentleman who had worked as a member of the backstage crew at the Live Aid concert in 1985. With the charity fundraiser watched by billions across the globe, any memorabilia obtained from the day would be priceless if valued. Therefore, the expert of the BBC programme just spoke to the guest about how a clear panel with the Live Aid logo inscribed on it had come to be in his possession. However, he was taken aback when the man told him he’d found it whilst looking for his dirty laundry.

Jon began: “This is without a doubt one of the most famous logos in the history of Rock and Roll music; the Live Aid guitar in the shape of the continent of Africa.

“Such an image, such a strong image. You were there on the day back in July 1985. Why were you there?”

The guest explained he used to help feed the crew, adding: “The crew had been there all week. They need feeding. Important guys and they needed looking after.”

Intrigued, the expert then asked the gentleman to describe his memories of the summer day 40 years ago when a plethora of celebrities did their part for the charity fundraiser.

“What I remember of the day was actually looking for certain items that had been thrown out in my personal laundry.” 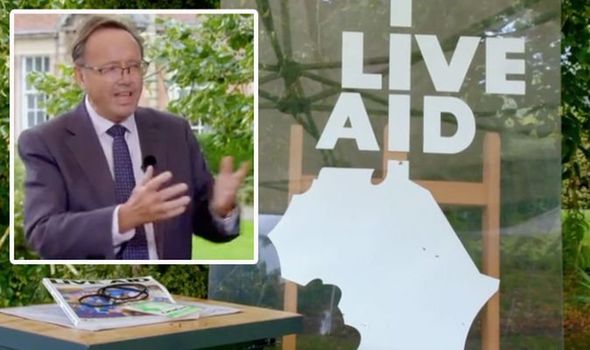 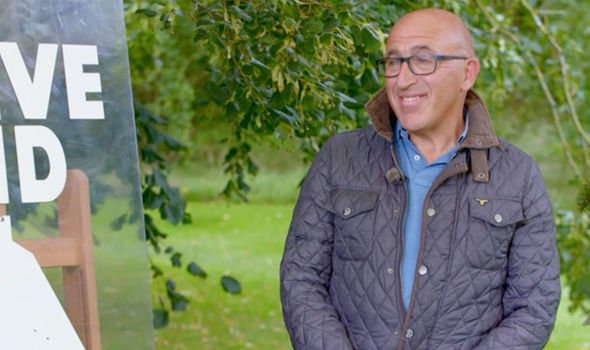 “Someone threw them out thinking they were rubbish,” the guest explained which left Jon rather bewildered.

“So you’d sent your laundry off to be cleaned and it had come back and someone thought it was junk?” the expert asked.

“Yeah and then at the refuse area, that’s where I found this,” the guest replied, pointing towards the Live Aid memorabilia.

“I didn’t find my laundry but I found this and that made up for it, slightly,” the gentleman admitted. 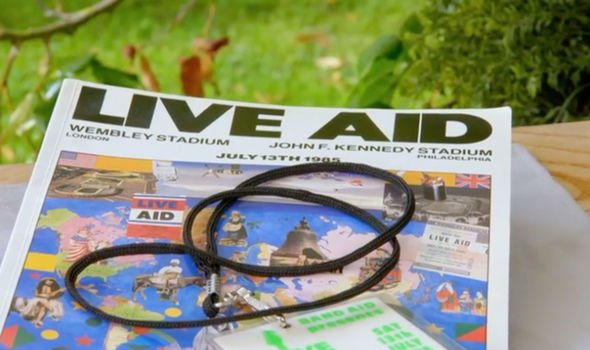 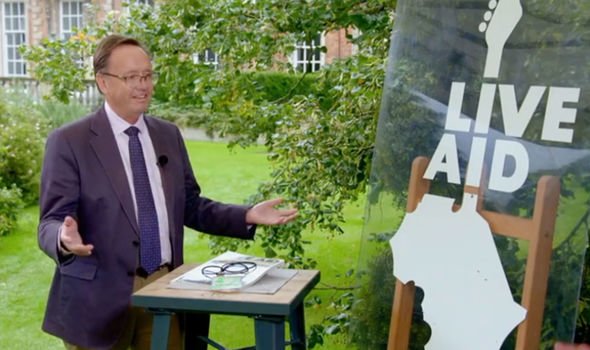 You weren’t looking for this at all?

Jon then added: “So, you weren’t looking for this at all? You were trying to find your clean underpants,” astonished by the fact the panel had been found in the rubbish.

Composing himself, the expert then gave a little more detail about what happened on the day of Live Aid and how much money was raised.

“Bob Geldof, it was his idea and he raised seven or eight million pounds the previous Christmas with Band-Aid, the number one single.

“And then he thought it would be a good idea to get a few mates along together to do the concert at Wembley in July.”

“He congealed all these people to turn up on the day and obviously Queen were there and it was seen by 1.8 billion people worldwide,” Jon explained.

“I mean, an incredible TV experience. I remember watching it on television, really envious of [everyone] there for the day.

“And seven or eight hours into the show, Bob asked, ‘How much money have we raised?’ and I think it came to £1.5 million.”

The expert continued: “I think he was really cross because he thought, ‘All this effort and we need more money’.

“When he went to do the live interview, he famously came up with the phrase, ‘Forget about this, give us the money’.

“Because of his emotion and because of the force of his personality, it increased the donations by £300 a second and in the background, you’ll see this and another one.

Antiques Roadshow airs Sundays at 7pm on BBC One.