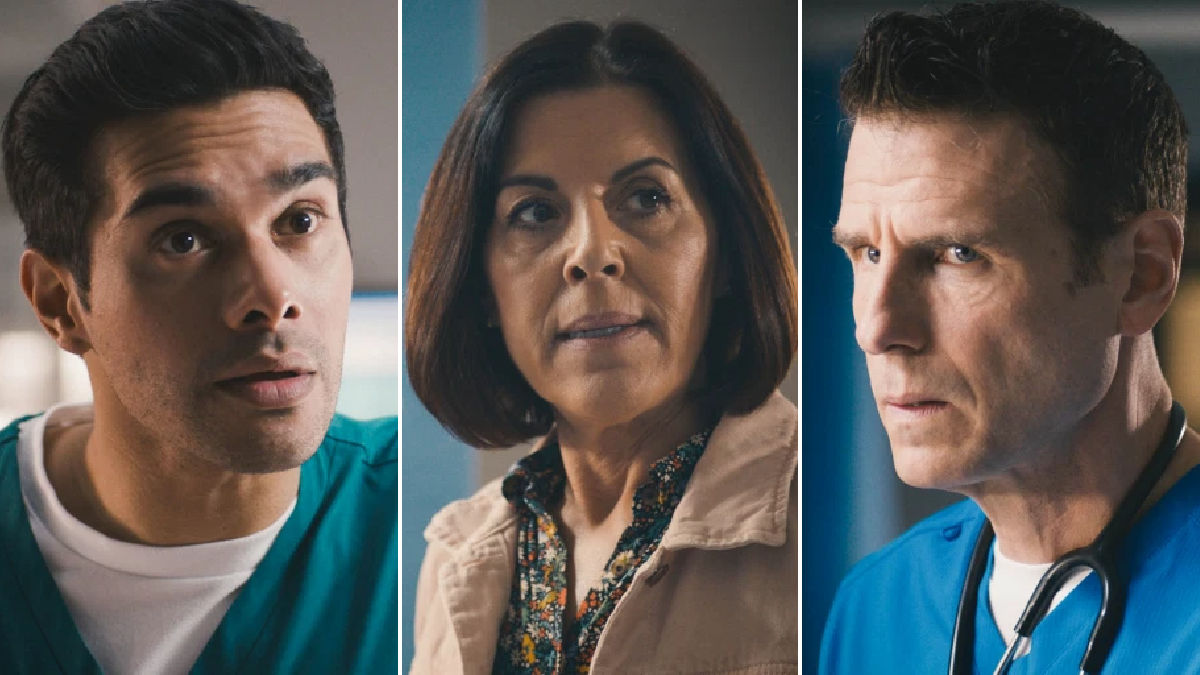 Could Casualty’s hot-tempered but generally marvellous health care assistant Rosa Cadenas (Jacey Salles) really be hurting her step-son Ollie Hide (Harry Collett)? Reluctantly this was the conclusion that Rash (Neet Mohan) came to after he excluded everything else that might be causing Ollie’s mysterious symptoms.

Rosa herself had been behaving strangely, lying about what she was doing and constantly squabbling with husband David (Jason Durr). Her behaviour towards Ollie was ‘getting a bit obsessive,’ Ollie told his father. This could all be partially explained by the tragedy in Rosa’s past – her son Gabriel died at the age of nine, and she has an understandable fear that something might happen to Ollie (and to be fair, quite a lot has already happened to Ollie health-wise, including a near-drowning, almost choking to death and having a surgical airway performed in a barn by Grace Beauchamp).

Rosa told David she’d been prescribed antidepressants because she was having a hard time. David, a man who struggles himself with mental health issues, wasn’t sympathetic on this occasion – he was too worried about Ollie. There was a furious row in which he more or less accused Rosa of killing Gabriel and told her to keep away from his son. Surely Rosa can’t really be poisoning Ollie?

So what’s really going on? We were left with all the questions but so far no answers.

Yet again Ethan (George Rainsford) and Fenisha (Olivia D’Lima) failed to tell each other how they really feel. Poor Rash was forced to be the voice of the frustrated viewer as he tried to get both of them to realise that they really love each other and should be together. What he really needs to do is tell them this at the same time in the same room, rather than telling them separately and then letting them wander off to make the wrong decisions regardless.

Fenisha is beginning to realise that Ethan is pushing her towards Matthew (Osi Okerafor) because he’s worried about his own failing health and thinks Matthew represents a better bet for Fenisha and baby Bodhi’s future. There was an upsetting moment when Ethan was playing adorably with his little boy – he’s even got him a cuddly Dalek, the sweet geek that he is – and a spasm in his arm made him drop the baby. Bodhi was fine, but Ethan had to admit he thinks he’s becoming more affected by Huntington’s.

Whoever ends up being with Fenisha will have their work cut out, as she has a tendency to rush into danger at every opportunity.

This week she ran into a building that was about to be demolished to look for a missing baby, and narrowly avoided having her head smashed to bits by a digger. Luckily the baby was safe, having been previously removed by a helpful trainee builder and reunited with her mum in a story that was one of those rare ones in Casualty where everyone is nice, everyone helps each other out and everyone survives.