Chris Packham was a guest on season two of Gardeners’ World Magazine podcast recently. The naturalist and Springwatch TV presenter spoke about his plan and the work he has been undertaking to transform his new garden, having recently moved house. Chris told Kate Bradbury, wildlife editor at BBC Gardeners’ World Magazine about the task he was challenged with and how it left him with an aching back.

Chris previously spoke about the rhododendrons which had been “growing rampantly for more than 100 years” across his land.

“Removing all the rhododendrons was essential and obviously I needed a hedge and I didn’t want to plant anything non-native, so I’ve got holly,  a bit slow growing,” he told Kate.

“But again, I’ve looked over the fence and analysed by broader environment and it will be compatible with everything else that is growing.”

“So all of this rhododendron digging out must’ve kept you quite fit over the last year then?” Kate asked. 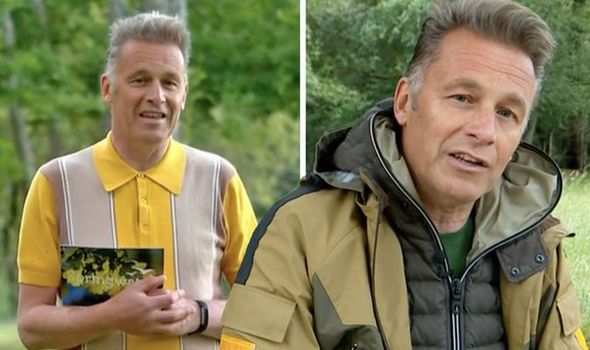 Chris replied: “It’s kept me aching in places I’d forgotten about aching in for some considerable time.

“I’ve dedicated two days a week and I’ve done a lot of manual labour and I’m sure it’s done be enormous good!

“I have been aching, I’ve also got cuts and sores and blisters and bruises as well; because getting back into practice of wielding a pickaxe and fork has been entertaining.

“Only one bad back incident which fortunately lasted a week,” the environmentalist remarked.

“That’s very lucky!” The podcast host responded and Chris continued: “Yes, now it’s down on the hands and knees which is the more exciting stage because it’s all very well with taking things out – that’s a destructive process obviously, I think moving the non-natives in that capacity is a good thing – but I do prefer the creative process. 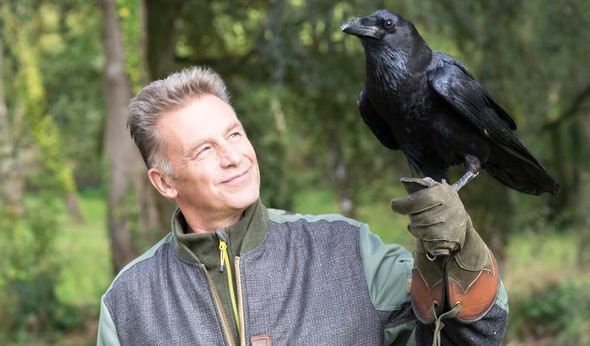 “That’s amazing!” Kate connected and Chris asked: “In the rain, in the wind in the cold! Now we’re just finishing the bulbs, we’re a bit late, I know we’re a bit late, but it’s taken us longer than we thought to get rid of the rhododendron.

“The seed’s been ordered, the bed has been prepared and hopefully, depending on the weather, we’ll get those wildflower seeds in and we’ll get rid of what I inherited – one of the most tedious lawns in the history of lawn-dom.

“That’s all gone, and hopefully, by the end of the year, it will be a bristling mass of some annuals I put in for some instant colour and then some perennials I’ve put in.”

“Are you going to be creating a new meadow in this place? You had a bit of a love-hate relationship with the meadow in your last garden?” Listeners heard Kate wonder.

Chris explained: “I loved putting the meadow in and it prospered for a few years before mare’s tail came in and if I ever see any mare’s tail in this garden, I will shriek – you’ll hear the shriek from wherever you are in the world – and it will be instantly removed.

“Mare’s tail became a real problem, I don’t like the spray things, but nothing eats mare’s tail, it’s really a robust plant full of calcium, it’s really crunchy. Rabbits don’t mind nibbling it when it’s fresh, I found, but rabbits eat everything else as well!

Kate asked whether this was the reason Chris moved house and he replied: “It isn’t actually, but I’m very friendly with the person moving into the house.

“I didn’t put the mare’s tail there, I don’t know where it came from, it wasn’t a deliberate introduction,” he clarified.

“But I have to say, I wasn’t aware of just a problem is would turn out to be.”