Back in 1970, Clint Eastwood starred in the Western Two Mules for Sister Sara, which is on Channel 5 this afternoon, opposite Shirley MacLaine. Elizabeth Taylor had been the first choice, but she’d decided to shoot in Spain with Burton on his latest movie instead.

Originally both Eastwood and Two Mules for Sister Sara director Don Siegel were unconvinced by her pale complexion.

However, The Good, The Bad and The Ugly star believed the studio was keen on MacLaine, having had confidence in her 1969 movie Sweet Charity in which she played a taxi dancer.

Nevertheless, both men found her to be far from friendly on set, especially the director who she openly had spats with.

Siegel said of the leading lady: “It’s hard to feel any great warmth to her. She’s too unfeminine and has too much balls. She’s very, very hard.” 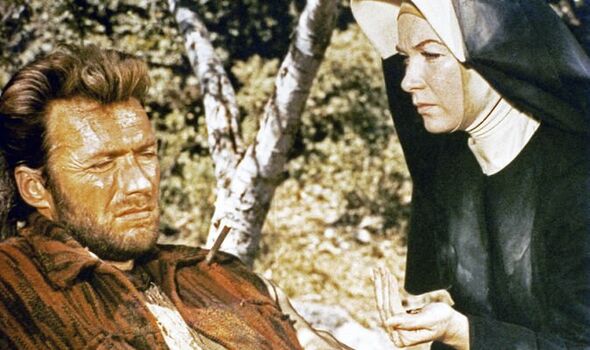 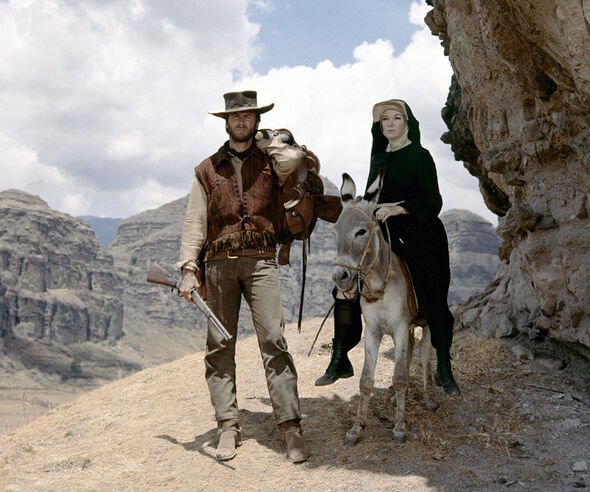 Two Mules for Sister Sara saw Eastwood play Hogan, an American mercenary during the French intervention in Mexico between 1861-7.

He gets mixed up with a nun called Sara played by McLaine and helps a group of Juarista rebels during the puppet regime of Mexico’s Emperor Maximilian.

The leading lady found it frustrating that since they were filming south of the US border, it took ages for footage to be sent to California for processing before being returned as dailies.

When she eventually saw them, she was appalled by how over the top her false eyelashes were in the movie, since she was portraying a prostitute posing as a nun. 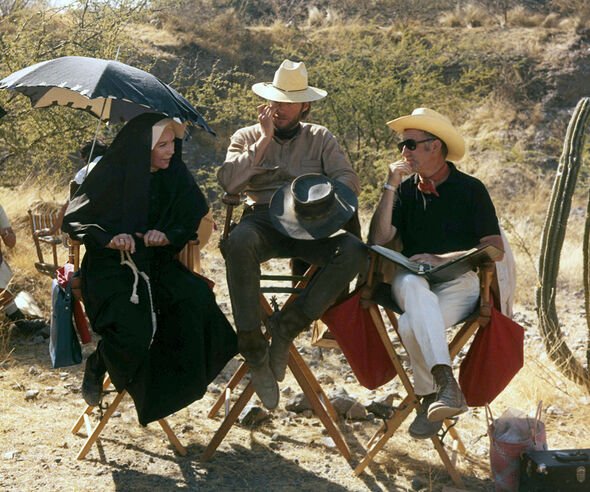 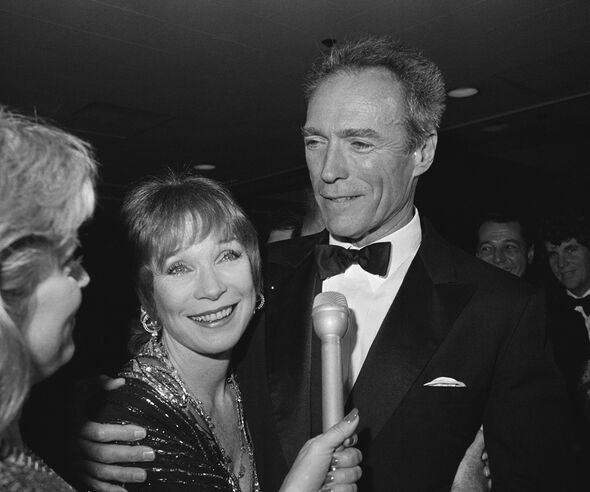 Annoyingly she couldn’t remove the false eyelashes for the remainder of Two Mules for Sister Sara otherwise the footage wouldn’t match up.

Apart from her feud with the director, MacLaine had barely anything to say in her memoirs about co-starring with Eastwood in the movie.

Even when she discussed her career on The Oprah Winfrey Show, the Hollywood legend’s name didn’t come up.

However, she did have something to say of Eastwood during Q&A at the TCM Film Festival which was pretty amusing.

MacLaine said of Eastwood: “Quite brilliant and funny  because he’s so laconic and doesn’t know it. I adore him. I remember when we were doing Two Mules for Sister Sara, his horse was acting up. This is when I knew he’s a true Republican. He got off the horse, looked at the horse, and socked him.”