Kevin (played by Michael Le Vell) has been a pinnacle of the Coronation Street community for many years and has never shown a killer instinct. In recent months, his friendship with Abi (Sally Carman) has ventured into new territory as they both wanted more form their platonic relationship. However, New Year’s Eve led to some shock revelations and his love interest ended up in the arms of ITV soap newcomer Ray (Mark Frost). Having been unlucky-in-love so may times and a touch of the green-eyed monster simmering, could the mechanic turn to murder to ensure the floor is open for him to pursue a romance the troubled character?

The drama begins next week when Abi starts to grade over her new man, who has taken over the deeds to the Bistro and doesn’t seem to be shy when it comes to flushing the cash.

Clearly riled with jealousy he blew his chances with the mechanic, Kevin doesn’t hold back and makes a snide remark about the character landing herself a sugar daddy.

Having struggled to find love since she arrived in Weatherfield, his former love interest takes great offence and storms out of the garage.

What the soap stalwart doesn’t realise is just how menacing Ray could be, so could the two men end up in a deadly scuffle as they fight over the no nonsense character? 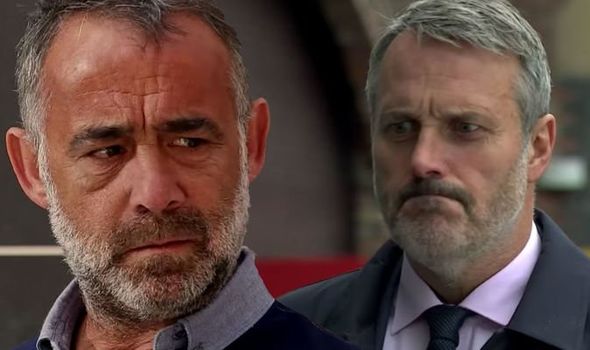 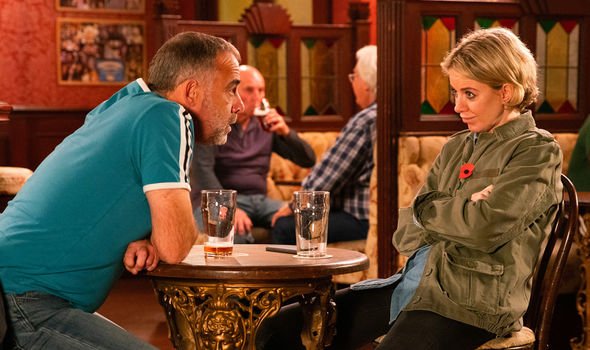 When he was introduced last year as part of a storyline with former Bistro owner Michelle Connor (Kym Marsh), viewers got a glimpse for themselves how sleazy the newcomer was.

After calling the former Rovers Return barmaid to his hotel room where he was waning in just a robe, Ray may unwarranted advances towards her.

Wanting to bury his secret, the ruthless businessman threatened the now departed character with a lawsuit if she were to say a word against him.

Having shown just how vindictive he can be, would the hotel owner go after Kevin to get justice for the comments he made about Abi? 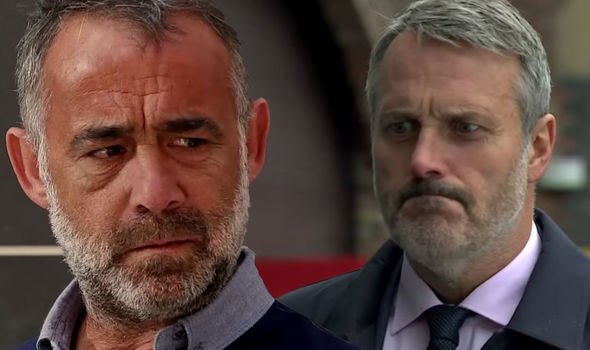 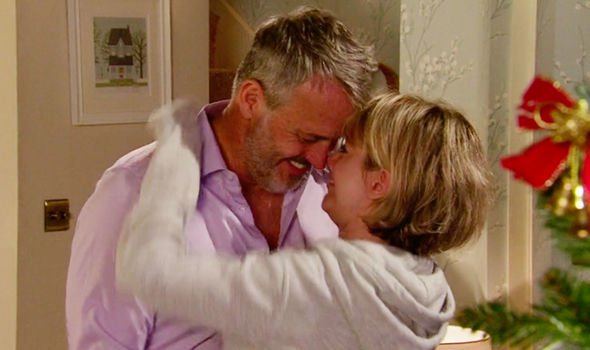 Riled with hatred over his love interest’s blossoming romance, the mechanic could throw a deadly punch Ray’s way and end up murdering him accidentally?

However, he would then have to cover it up to ensure no one got wind of his killer actions and recent soap spoilers could have given him a way out.

If the businessman were to end up dead, Kevin could get get rid of the body and spin a tale to Abi her boyfriend has left Weatherfield with no explanation.

Last week, it emerged the troubled mother-of-three would be involved in explosive scenes as on-location pictures showed actress Sally, 38, walking away from a car on fire.

It’s the beginning of the next chapter

Could she set the fireball a light if she falls for Kevin’s lies if her were to murder her boyfriend?

There is no official confirmation how long Abi’s romance with Ray is going to last, but Executive Producer Iain MacLeod teased a new chapter for the New Year.

Speaking with press, including Express.co.uk, the soap boss explained how the stalwart misunderstanding what the mechanic said about him during the festive episodes would lead to heartbreak.

“It will be to some degree the end of the first chapter of the long-running romcom we’ve been playing between Kevin and Abi.”

“But in another way, it’s the beginning of the next chapter which will span into the New Year,” Iain added.

With actor Michael, 55, signing a new contract with the soap last year and after spending four decades on the cobbles, could his character be rejuvenated?

Viewers have seen firmly established resident Gary Windass (Mikey North) venture down a dark road in the past 12 months, so could Kevin end up following in his footsteps?

Would Ray’s murder be the first of more dodgy deeds to come?