Deadly danger for Serena in Hollyoaks after devastating drugs mistake 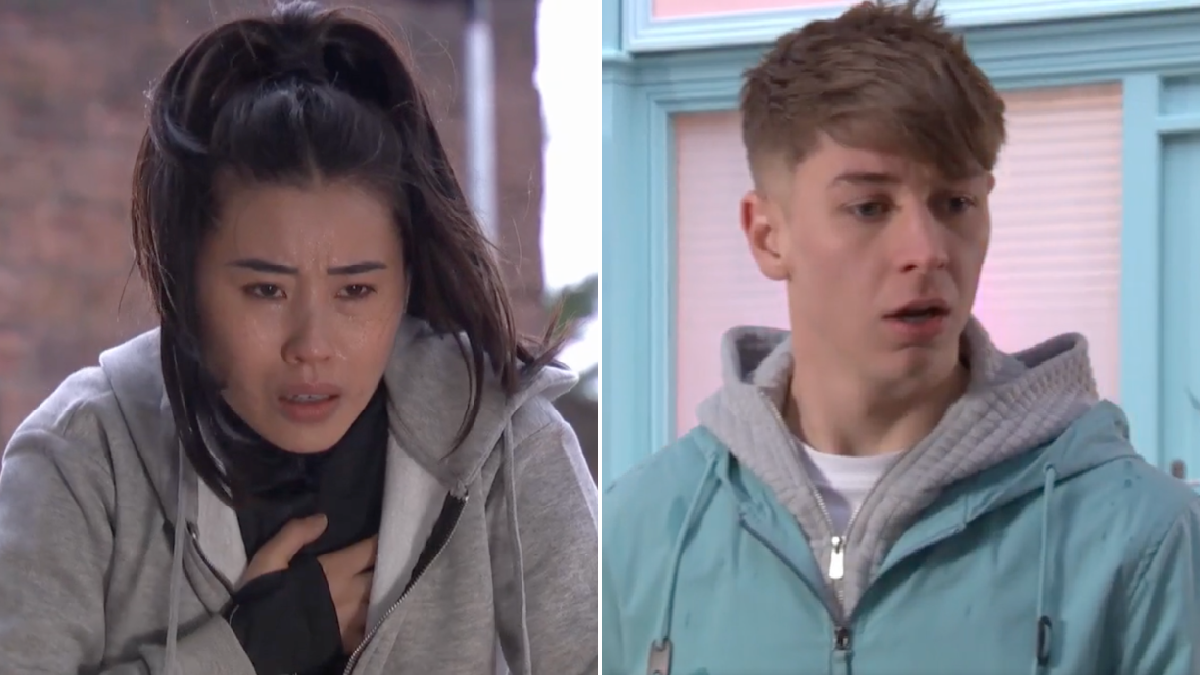 Serena Chen-Williams’ (Emma Lau) life hangs in the balance in Hollyoaks, after she drank from mate Clara’s water bottle.

Clara, as revealed earlier this week, is a former customer of Sid Sumner’s (Billy Price) from his drug-dealing past, who rocked up in the eponymous village to train with Serena.

But upon setting her sights on Sid she asked if he could sort her out with some drugs, revealing that her new dealer had ‘run dry’.

Horrified, Sid set her straight, telling her that he no longer deals drugs, before pleading with her to keep his involvement in County Lines a secret from Lizzie (Lily Best).

Clara, however, used this revelation as an opportunity to get what she wanted, as she blackmailed Sid, telling him that if he failed to get her the drugs she was after then she’d spill the beans to Lizzie.

Sid found himself with quite the dilemma on his hands, but he ultimately made the right choice, refusing to get drugs for Clara.

His decision, however, left Clara furious, and thus she told PC Sam (Matthew McGivern) that Sid is a drug dealer – and that he’d attempted to deal to her!

Sid, meanwhile, decided to tell Lizzie the truth for himself, but before he could do so, Sam stormed in and branded him a drug dealer in front of the Chen-Williams clan.

Lizzie struggled to process the claim, as did Serena. Sid promised his girlfriend that Clara was lying, but Lizzie asked for some space to get her head around what she’d learned.

Serena, meanwhile, asked Clara if she asked Sid for drugs, but Clara feigned outrage, claiming she would never endanger her career.

But tragedy struck moments before the credits rolled on Friday’s (March 11) edition of the serial drama, as Serena drank from Clara’s water bottle by accident.

The bottle in question contained drugs, with Clara having acquired what she was after from elsewhere, and thus Serena she was in need of urgent medical attention.

Will Serena be okay?

Hollyoaks continues Monday March 4 at 7pm on E4, or catch the next episode on All4 on Monday morning.