Dr Hilary offers warning about hugging loved ones on GMB

During Monday’s Good Morning Britain, ITV presenters Susanna Reid and Adil Ray were joined by Dr Hilary Jones, who spoke to them about the new rules for hugging people from another household. From May 17, hugging between people from different bubbles will be allowed and people will also be able to meet outdoors in groups of up to 30 people. Despite giving his advice and demonstrating the correct way of hugging people, some viewers were not happy with the segment and called out the GP for “scaremongering” people.

Dr Hilary advised people to continue wearing a face mask when giving loved ones a hug, as he explained: “I would turn your head away and not talk to them while you’re hugging them.

As GMB proceeded to play a pre-recorded clip of Dr Hilary hugging his wife, Susanna chipped in: “What have we become?” 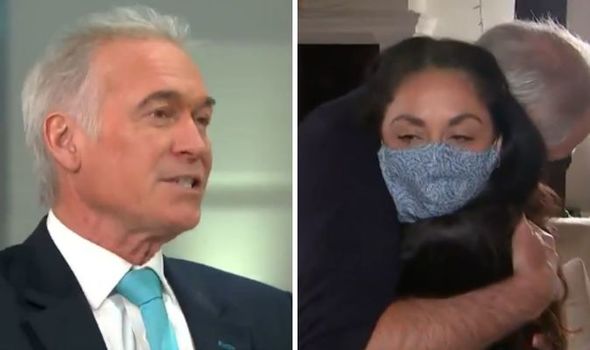 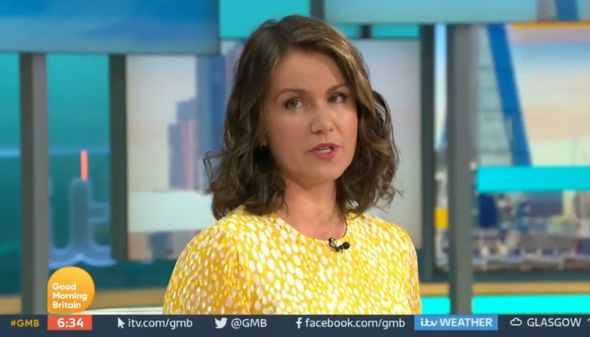 Dr Hilary replied: “This is how it’s done. We were practising safe hugging.”

Susanna continued: “Yesterday we weren’t allowed to hug anybody else when we filmed that.

“So, we did do it with you and your wife although, normally it might be different.”

Adil went on to quiz the TV doctor on the correct way of hugging, as he asked: “So if you’re going to hug someone keep your mouth and your face pointing away from them?” 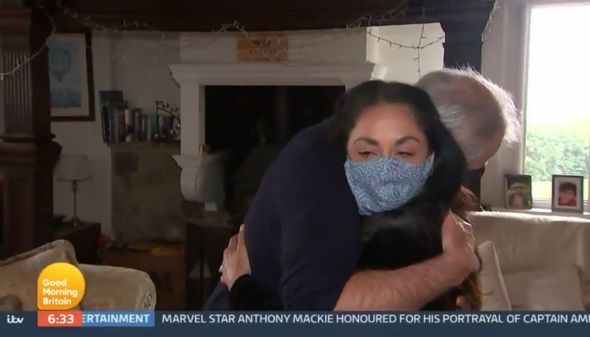 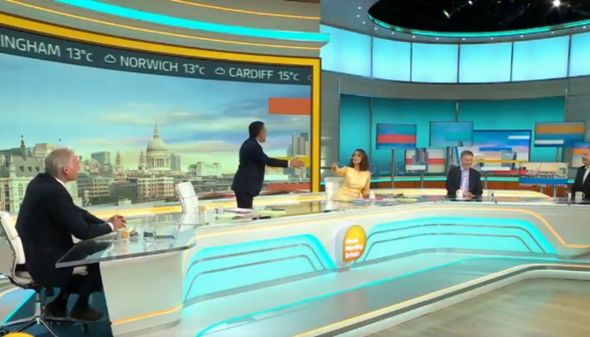 “Absolutely,” Dr Hilary confirmed. “It’s inhaling aerosol droplets from someone who is transmitting the virus that is almost guaranteed to transmit the virus to you.

“If it’s somebody you haven’t seen for a while and you don’t know how they’ve been behaving and whether they’ve been socially responsible.”

Before Dr Hilary could finish his sentence, Adil rose from his chair and jokingly threatened to hug his co-host, much to Susanna’s horror.

Susanna told him: “I know and I’m still in the mood for a virtual hug.”

Some viewers took to social media after the segment, with many slamming Dr Hilary for “scaremongering” people.

Another tweeted: “Here we go again more scaremongering from Dr Doom, I would have thought tory boy would have had some common sense, but no he has joined the doom merchants.” (sic)

A third added: “Dr Hilarious telling us all the new variant is rampant in this country, where does he get his information? #scaremongering.

A sixth viewer tweeted: “You noticed any time they want to try scare us the wheel Dr Doom out his closet to waffle his lies and scaremongering.”

Some viewers also accused the programme of panicking people about the new Indian variant of coronavirus, as one viewer commented: “Wish you would put context around the numbers you quote for COVID infections. India has 7 times the population of Pakistan!

“Quoting 10s of thousands compared to a few thousand without that context is scaremongering for the masses. Does anyone report the facts without spin?” (sic)