Emmerdale spoilers: Chas Dingle and Paddy Kirk to keep gender of their baby a secret

Emmerdale has been full of drama in recent weeks, and it’s been an especially difficult time of Chas Dingle (played by Lucy Pargeter) and Paddy Kirk (Dominic Brunt).

The couple already lost one child earlier this year, and they were both delighted and worried when they found out they were pregnant yet again.

However, they’re concerned that things could end up like they did before and Chas is especially scared.

They will be discussing having a 20-week scan, and both of them are fearing the worst.

In scenes which will air this week, Chas will be very worried about her upcoming scan.

Paddy will then cancel her appointment without her permission, believing that he’s doing the right thing for her.

However, when Chas eventually discovers what Paddy has done, he’ll end up in the doghouse.

Can Dingle (Jeff Hordley) will encourage Chas to be honest with Paddy about her feelings and eventually the couple will go to the hospital to rebook their appointment.

They will be terrified, yet when Chas has the scar, it’ll be revealed that their baby is perfectly healthy and they will also be informed of their child’s gender.

However, they’ll decide to keep this information a secret from everybody. 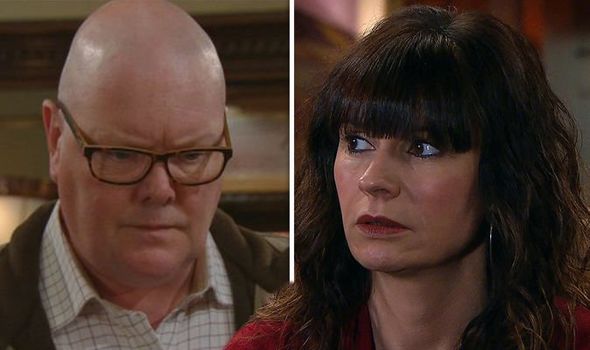 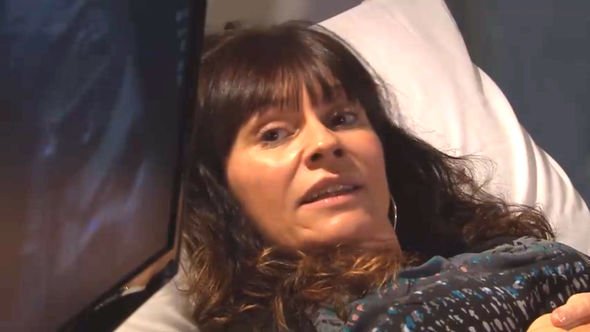 Yet, there is one person they decide to tell in confidence: their deceased daughter, Grace.

A Grace’s grave, Paddy and Chas will tell their daughter the gender of the baby, which will be a secret she can keep for them.

Meanwhile, fans are preparing themselves for heartbreaking scenes to come after the announcement of Lisa Dingle’s (Jane Cox) terminal illness.

Now, actress Jane Cox has revealed what will happen to the family after she dies and who will replace her in the family.

Actress Jane has teased: “I don’t think Lisa has thought about passing on the mantel, but I think Lydia (Karen Blick) is a prime person for that.

“I can see her and Sam (James Hooten) in that role. Lydia has a similar maternal feeling to her character as Lisa, and the actress is wonderful, her and Jim Hooten together are fantastic.” 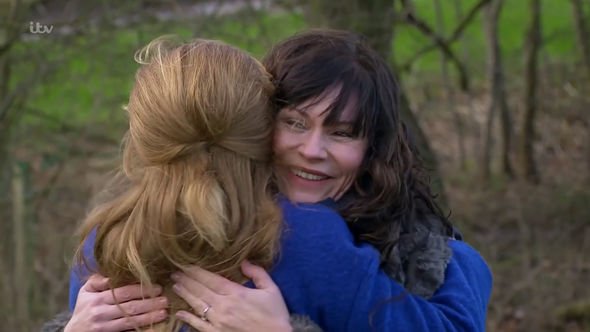 She added to Metro.co.uk: “I’d like to see Lydia and Sam more prominent and little Samson is so good, I’ve thought that when I’ve watched it. Lydia has that kind of empathy as a character.”

Lisa has been trying to make sure her family will be looked after once she’s gone, and that will leave her having to think about her son, Cain Dingle’s (Jeff Hordley), future.

Cain has been raising Kyle at Butler’s Farm over the last few months. However, Zak Dingle (Steve Halliwell) is still the boy’s legal guardian.

Lisa will be determined to make things right between Cain and Kyle before she dies, and she’ll try and convince her son to become a true father to the boy.