Paul Ashdale (played by Mathew Bose) arrived in Emmerdale to forge a bond with his estranged son Vinny Dingle (Bradley Johnson) and so far, so good. His relationship with Mandy (Lisa Riley) on the other hand hasn’t been so peachy, but as the two share an intimate night together, little does he know Vinny has uncovered his dirty little secret.

Paul is a gambler, which is ultimately what drove him and Mandy apart all those years ago, forcing her to bring Vinny up as her own while he was AWOL.

With Mandy adamant he won’t have changed, their son is besotted with his long-lost dad and she’s had to suck it up and tolerate their relationship.

But in coming scenes, the pair will reconnect on an intimate level, after Paul overhears her recalling losing their baby.

After failing to set Vinny up with Liv Flaherty (Isobel Steele), Mandy runs into Tracey Metcalfe (Amy Walsh), who has just found out she is pregnant and expecting her first child with boyfriend Nate Robinson (Jurell Carter). 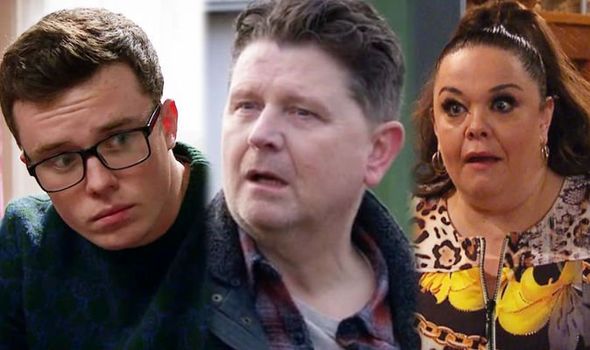 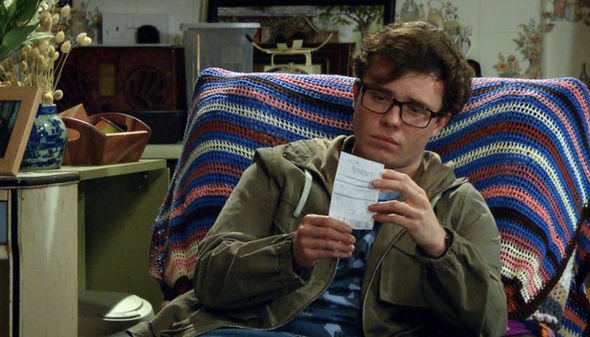 The pregnancy woes stir up uncomfortable memories for the loud mouth Dingle, but not wanting Paul to know about what she went through, she begs Vinny to keep it to himself after he walks in on her crying.

Little does she know, Paul is listening from upstairs and after a deep chat, the two finally put their differences aside as Mandy forgives him.

As they head upstairs, Vinny comes in and searches his dad’s pockets for some spare cash after realising what they’re up to and not wanting to disturb them.

But what he finds leaves him crushed.

Paul had promised Vinny and Mandy that he is a changed man, having left all his gambling habits in the past. 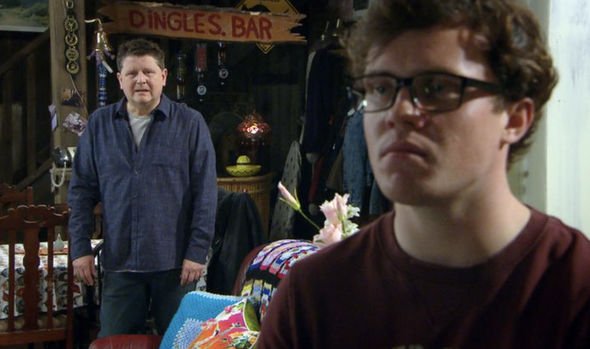 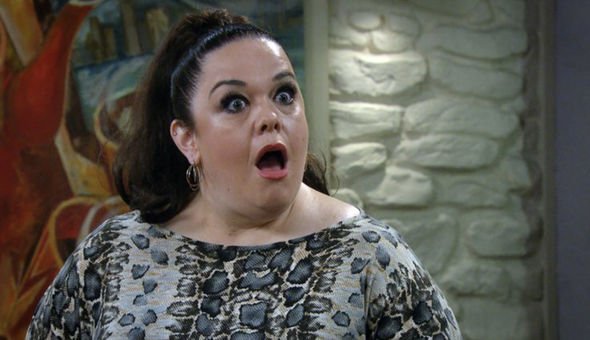 While Mandy was sceptical, she now believes that he is who he says he is, but Vinny knows different.

Pulling a betting slip out of his dad’s coat pocket, he’s left shocked and disappointed that he’s been lying through his teeth this whole time.

Later on, Vinny plucks up the courage to confront his father about the ticket, and Paul is horrified.

But how will Mandy react?

Is this the final straw as she forces Paul to leave the Dales and never come back?

Elsewhere in the village, Manpreet Sharma’s (Rebecca Sarker) sister Meena (Paige Sandhu) arrives looking to reconcile with her sibling, but she receives a frosty welcome.

The GP refuses to be reasoned with and slams the door in her face, leaving Priya Sharma (Fiona Wade) concerned.

Speaking to Express.co.uk and other press, actress Rebecca explains why her troublesome sister isn’t welcome.

“Well to quote the wonderful Billy Connolly, I think Meena’s return is about as welcome as a fart in a spacesuit,” Rebecca joked.

“It’s obvious that she has been wronged by Meena in some egregious way.

“I think viewers will be left in no doubt from the outset that there’s some serious unresolved conflict between the two sisters.”

After being forced to find somewhere else to stay, Meena finds herself in trouble when she skips her B&B bill but is saved by Rishi Sharma (Bhaskar Patel), who is yet to find out what’s gone on between his wife and the newcomer.

When Manpreet decides to reveal the gritty details of their rocky relationship, he’s shocked but will the revelation cause him to see her in a different light?