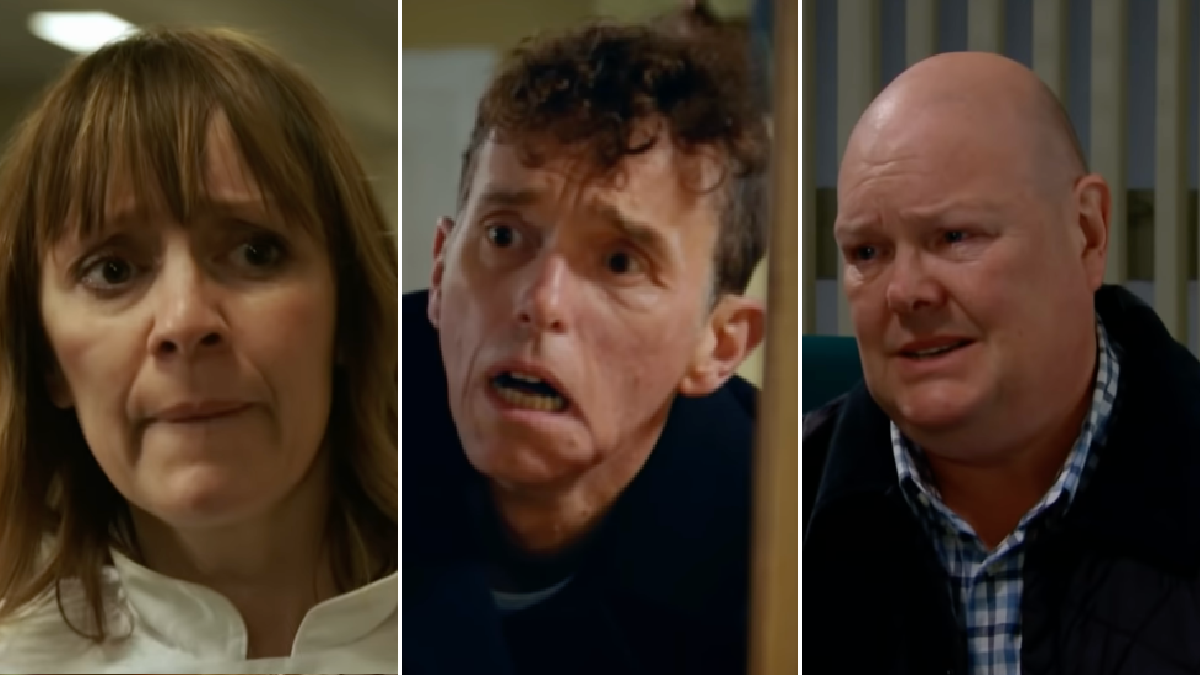 Emmerdale has dropped a brand new trailer for next week’s devastating scenes, which will see Marlon Dingle (Mark Charnock) suffer a life-changing stroke.

The eponymous village’s signature chef will be full of joy as the week kicks off, after he and partner Rhona Goskirk (Zoe Henry) simultaneously propose to one another.

But things will take a turn when he dashes off to find the engagement ring, as his vision becomes impaired.

The trailer, released on the ITV soap’s social media platforms which you can watch below, previews the scenes, as Marlon falls to the ground, realising that he’s suffering from a stroke.

Everything seems to slow down,’ actor Mark Charnock told Metro.co.uk of the scenes in question. ‘He’s very aware that something is very wrong, but there’s been no build up really.

‘Then he catches sight of himself in the mirror and his face has completely drooped on its right side. He collapses and is frozen really, he can’t really move. As you can imagine, he’s seized with terror.’

Frightened and disorientated, Marlon will desperately cling onto consciousness as he scrambles to remember the F.A.S.T acronym. April Windsor (Amelia Flanagan) is seen in the trailer from her dad’s perspective, pleading with him to be okay.

Subsequent scenes will see April swiftly call for an ambulance, and Marlon will be rushed to hospital.

Rhona awaits news at the hospital, while Paddy Kirk (Dominic Brunt) sits by Marlon’s bedside, pleading with his best mate to ‘come back’ to him.

Other bits in the short preview clip see April comforted by Rhona’s mum Mary (Louise Jameson), while Rhona herself tells Marlon that they will get through this together.

‘It doesn’t matter how long it takes or how hard this is. We’re going to do it together,’ she says.