'FBI' International Spinoff in the Works at CBS 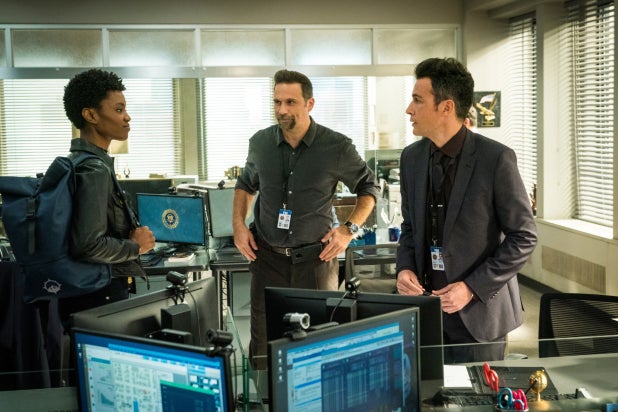 CBS is developing a third “FBI” series based on Dick Wolf’s burgeoning franchise, this one set within the bureau’s many international branches, according to multiple reports.

The series has a working title “FBI: International” and is in the early stages of development, according to Deadline. Longtime Dick Wolf vet Derek Haas is the writer and executive producer on the series; Haas was recently co-executive producer on the flagship “FBI” and created Wolf’s “Chicago Fire” NBC series, which birthed its own “Chicago” franchise.

If it goes forward, it would be the third “FBI” series on the network, joining the flagship series and “FBI: Most Wanted.”

While the “Federal” name in the FBI moniker means that its primarily a domestic organization, according to the Bureau’s website, they have 63 legal attaché offices and more than two dozen smaller sub-offices in certain cities around the world (providing coverage for more than 180 countries, territories, and islands) that are situated within the U.S. embassies.

News of the new “FBI” series comes as CBS is developing a fourth “NCIS” spinoff set in Hawaii — the network is bringing “NCIS: New Orleans” to an end this year — and a limited series revival of “CSI” under the working title, “CSI: Vegas.”