GAME Of Thrones fans have hit out at the show's production team AGAIN after spotting plastic water bottles in shot during the season finale.

It's another embarrassing blunder for the most expensive TV show ever, after fans noticed a coffee cup in front of Daenerys Targaryen in episode four. 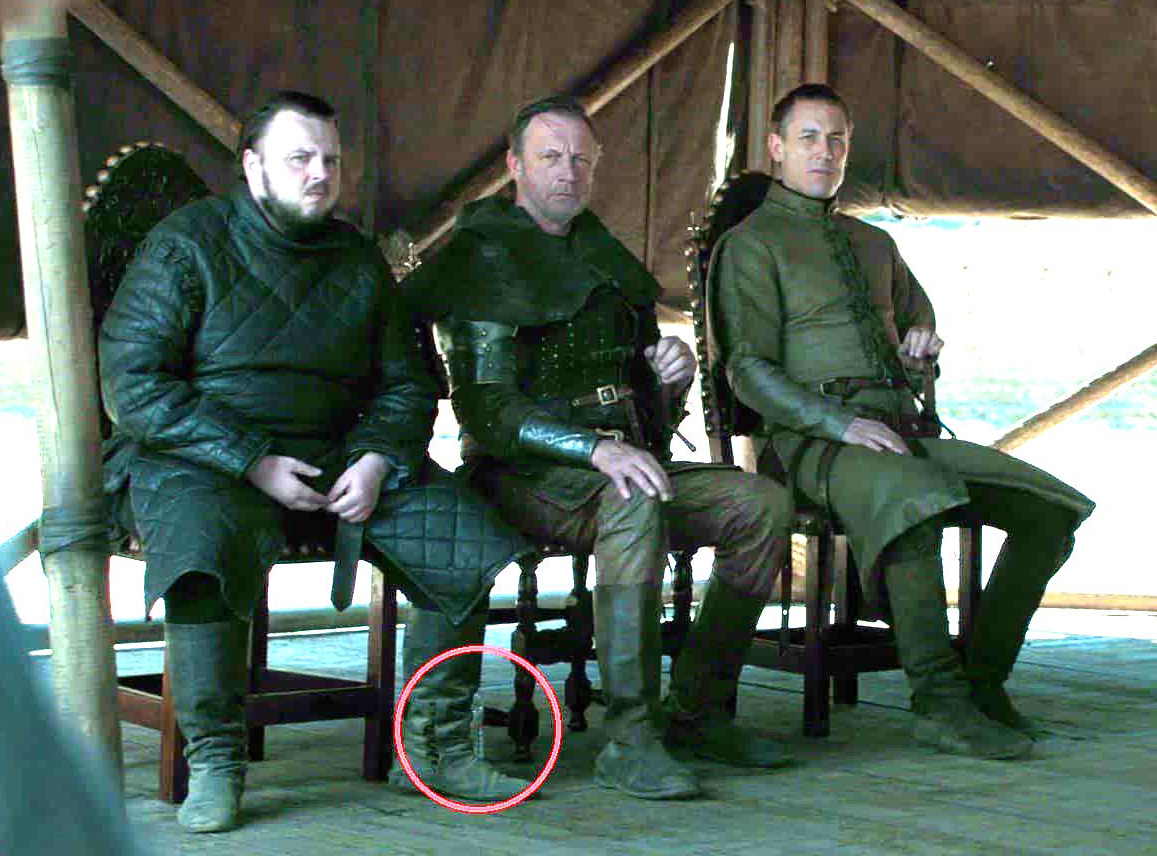 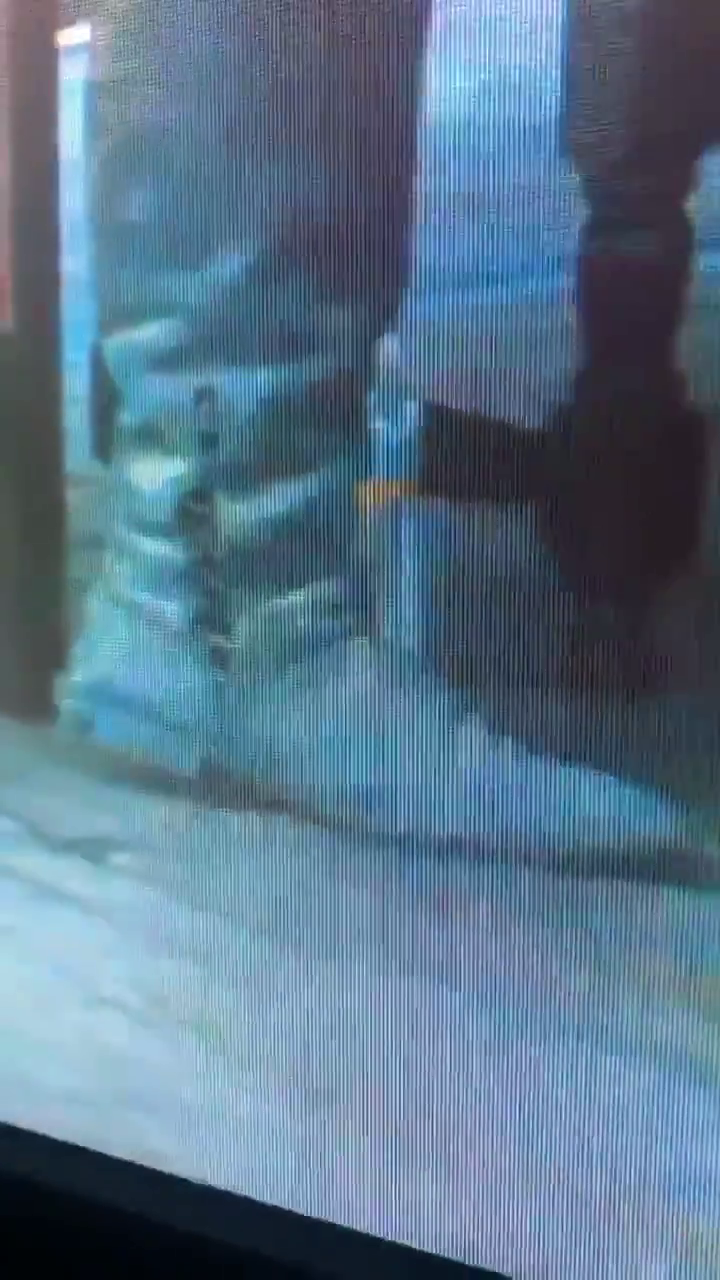 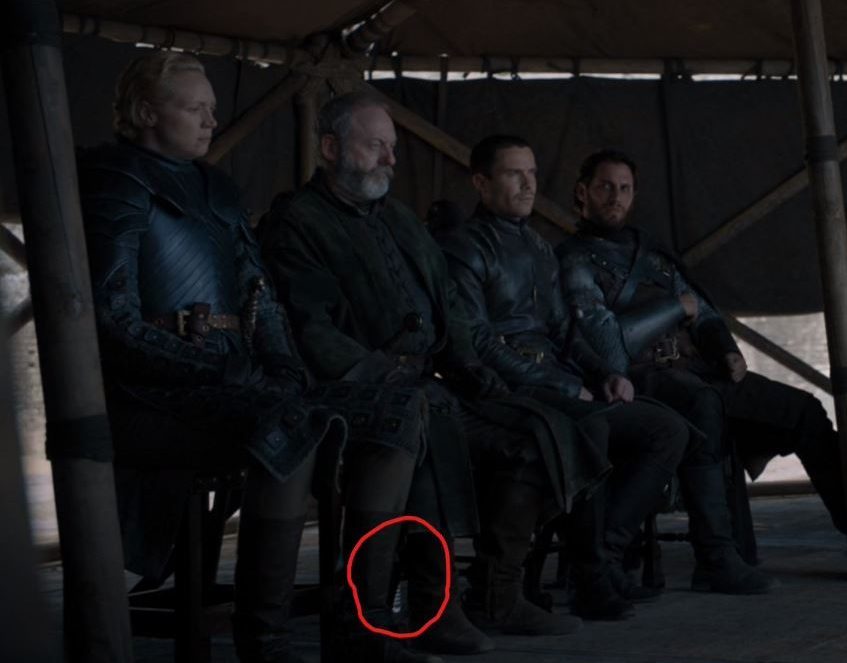 During a meeting of some of the show's most beloved characters in King's Landing's ampitheatre, not one but two bottles were spied beside the feet of the protagonists.

Angry fans vented their frustration on Twitter, with one writing: "? this episode keep getting worse."

Another fumed: "I think the set management people and the writers are the SAME people. They clearly don't care about the integrity of the show or the audience."

Someone elsed posted: "At this point they trolling us….. wtffffffff #GameOfThrones." 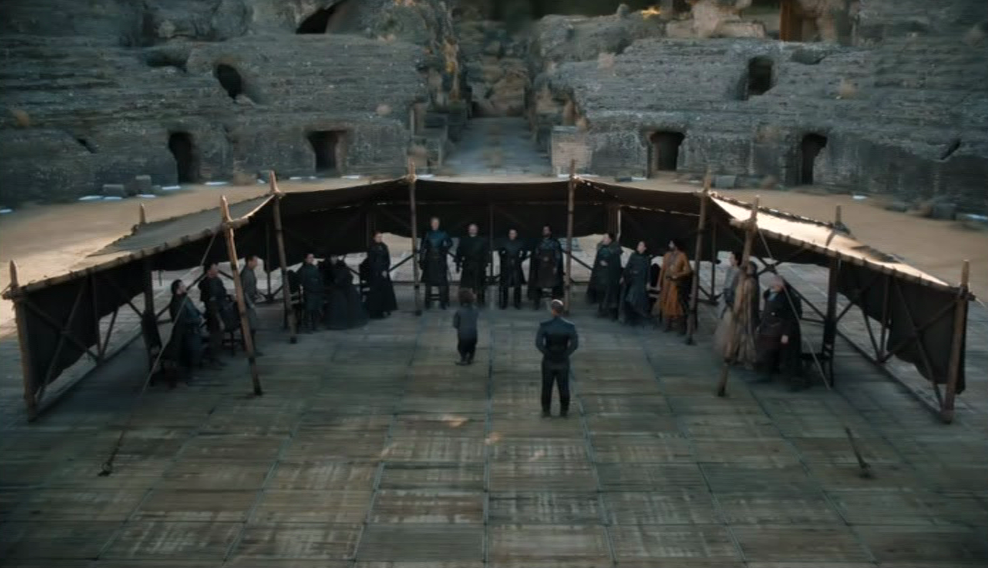 Viewers' frustrations were already riding high with a serious of plot holes and blunders including coffee cup gate at the Winterfell banquet.

The tense episode included several dramatic scenes as the characters dealt with the aftermath of the Battle of Winterfell – but it was a container that stole the show. 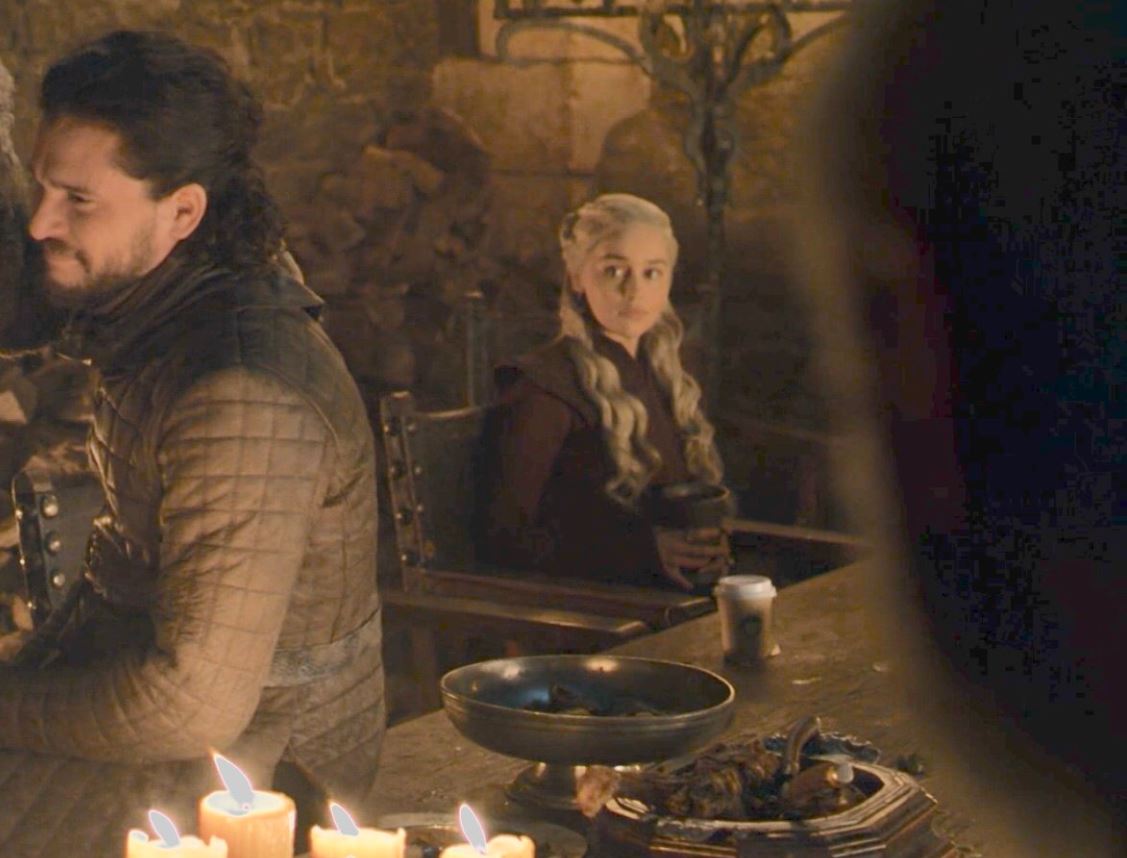 One of the opening scenes featured all of the key characters celebrating the Night King's defeat with a boozy banquet in the castle.

While Jon Snow joined in with the drinking, Daenerys remained distant and forlorn having lost one of her closest friends in the fight – Ser Jorah Mormont – and learning that Jon has a valid claim to the Iron Throne.

As she stared sadly at the revellers from her spot at the head table, a coffee cup sits just in front of her amid the medieval props.

Noticing the awkward blunder, one fan tweeted: "They seriously left a Starbucks cup in a GoT scene… I don’t even know what to say… How didn’t anyone spot this on set, let alone in post?" 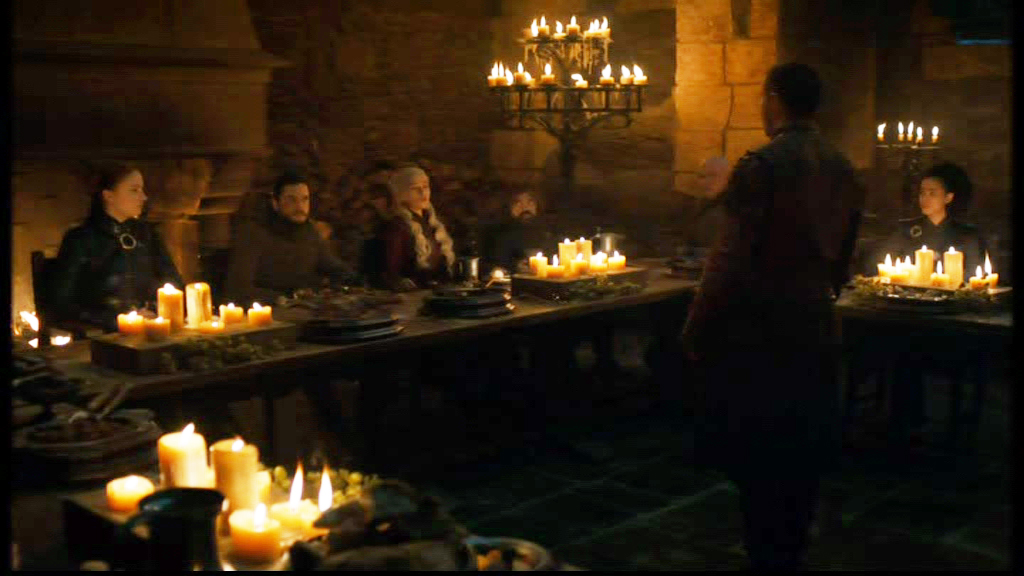 Another wrote: "I still can’t believe they left a Starbucks cup in this scene from the biggest show on television….."

Addressing the gaffe, HBO revealed the cup was actually a craft services coffee cup, not Starbucks and added: “The latte that appeared in the episode was a mistake. Daenerys had ordered an herbal tea.”

While some questioned how actress Emilia Clarke didn't notice the cup in front of her during filming, others joked about how long her character's name would be if she were to place an order with a Starbucks' barista.

Daenerys' full title is Daenerys Stormborn of House Targaryen, the First of Her Name, Queen of the Andals and the First Men, Protector of the Seven Kingdoms, the Mother of Dragons, the Khaleesi of the Great Grass Sea, the Unburnt, the Breaker of Chains

The gaffe came one month after a viewer noticed a mistake in the first ever episode of the eight-series show, with an extra spotted in modern clothes in the background of a scene.

A character can be seen wearing what appears to be a pair of blue jeans and a raincoat as Jaime Lannister, played by Nikolaj Coster-Waldau, walked to his steed.

The fan wrote: "Watching the Game of Thrones first episode and there a guy in the background with a straight up Patagonia jacket, blue jeans and boots."