Home » Is King George secretly working for the DEA in Queen of the South season 5?

Is King George secretly working for the DEA in Queen of the South season 5?

Queen of the South season five is airing on the USA Network now and it will be the show’s final season. Drug kingpin Teresa Mendoza (played by Alice Braga) returned to face her enemies once more. Could she have some unexpected foes? Some fans have discussed whether King George (Ryan O’Nan) could be working for the DEA.

Is King George secretly working for the DEA?

Queen of the South season five is now underway and fans are expecting big things from the final season.

As the crime drama series draws to a close, there is bound to be plenty of unanticipated twists and turns.

The trailer for the fifth season shows Teresa Medoza saying: “There was a time when I was always running from my life.

“Now, I’m the one who does the hunting.” At the end of the fourth season, James Valdez (Peter Gadiot) returned to warn Teresa someone was coming for her.

Teresa is now on a mission to find out who these people are and whether she is being led into another trap. 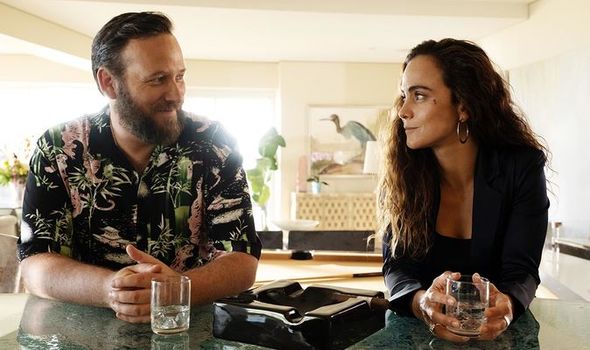 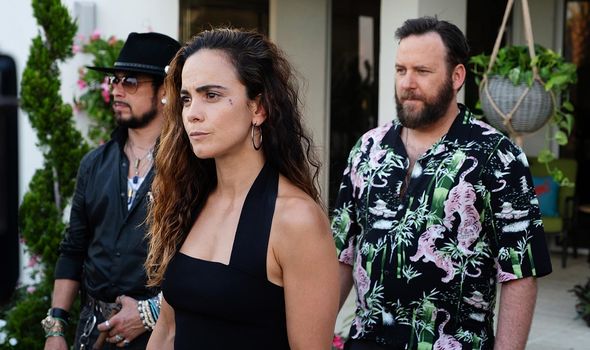 Fans have taken to the online platform Reddit to discuss who may be after Teresa in the new season.

There is a lot of speculation over who could be acting undercover, working for the Drug Enforcement Administration.

While many fans believed James was working for the DEA, others have named some surprising suspects.

One said: “I don’t feel like James being with the government would be a good twist at this point.

“IMO, good twists are those which no one sees coming. They’ve played the ‘can James be trusted’ card so many times that any shock value from a big reveal would be severely diminished. 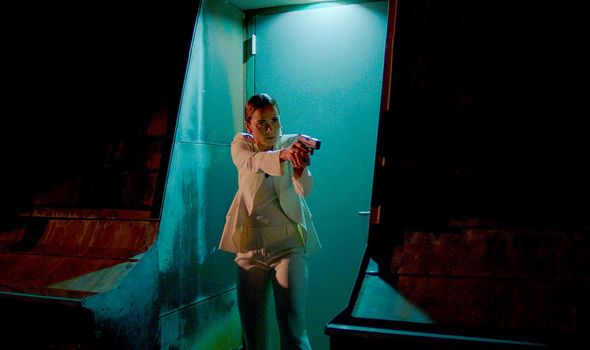 “Now, someone like George or maybe even Chicho – no one would see that coming.”

King George is a drug smuggler from the second, third and fourth season who helped Teresa build her drug empire.

He has always been supportive of her and has had her back on many occasions, making him an unlikely suspect.

However, with this being the show’s final season, it would make the perfect plot twist if he turned out to be working for the other side.

Another viewer said: “My money is on George. I like him but I can definitely see the possibility. 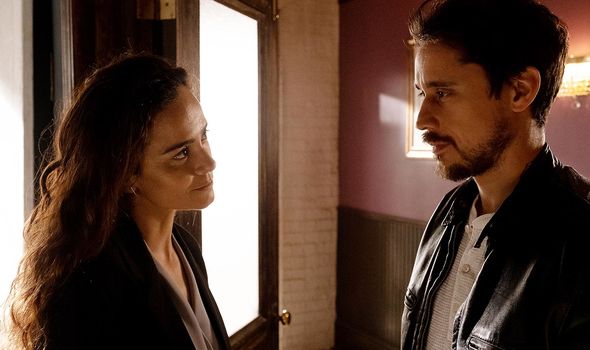 “Recall what he told Camila back in season three when she asked him if he had no loyalty to Teresa…and his response was I’m a pirate not a saint.”

Viewers do not believe there is a big twist involving James as it would “not make sense”.

Another fan said: “I understand what you mean by twists and surprises but not on a character level. It’s the last season.

“I just want some good action and great writing. No need for some BIG betrayal honestly.”

Actor O’Nan is on Instagram and he has been sharing clips from the latest season.

In the latest video, he is having a discussion with Teresa and says: “I have only loved two women in my life – my momma, and you.”

He added: “You’re like the sister I never had. I’m always going to be looking out for you.”

There is a high chance he could be bluffing, and viewers will have to wait until the new episodes air to find out.

Another fan added on Reddit: “As for betrayal, it depends on what you mean by betrayal. James already has more than enough info to put Teresa in prison for life, and he had that info during the whole year that he was MIA.

“He could’ve tipped off the DEA/FBI to the winery at any time…..He also could’ve easily killed her a gazillion times.

“And frankly, anyone who has insight into her business can betray her. Not sure why there has to be a betrayal, or why it would have to be Pote, James, KA, Boaz, or George?

“She was an episode away from being taken down by El Gordo’s man just last season.”

Queen of the South season 5 airs on the USA Network.