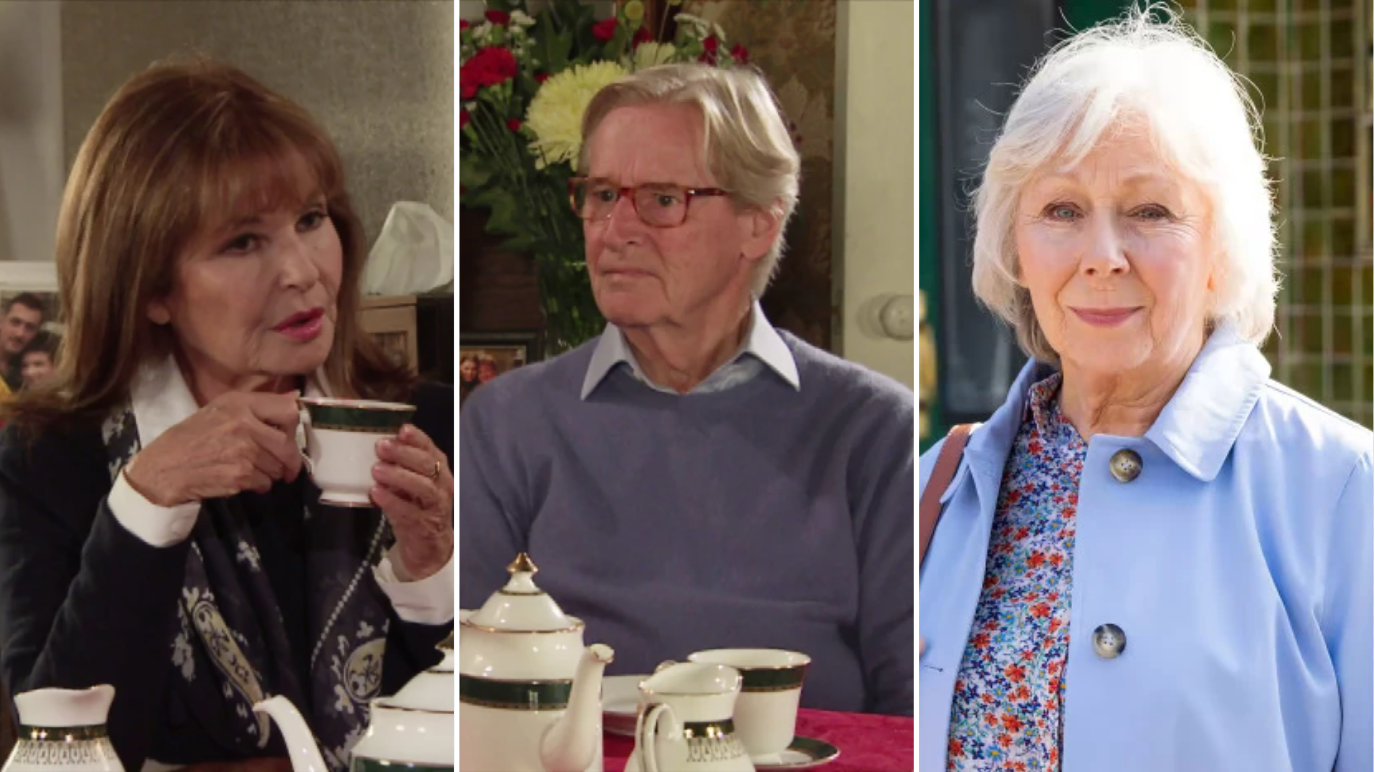 Coronation Street legend Ken Barlow (William Roache) has certainly accumulated a lifetime of memories during his 60+ years on the soap. Having enjoyed numerous affairs and several marriages over the years – including the iconic relationship with his beloved Deirdre – Ken could be forgiven for spending his time relaxing and pondering days gone by.

But our Ken is a busy man. Currently enjoying a rekindled romance with old flame Wendy Crozier (Roberta Kerr) – who almost but not quite split up him and Deirdre back in the day – he now finds himself with yet another former love interest back in his life.

Glamorous Martha Frazer (Stephanie Beacham), the woman Ken used to enjoy cosy afternoons with on her barge, returns to Weatherfield as an acting coach for Mary (Patti Clare).

It’s felt that Mary’s performance in the play is a little bit over-the-top, and she needs to tone things down a bit. Nigel (Richard Elis) says he has an actress friend who could give Mary some pointers.

Ken is gobsmacked to discover that the actress is Martha. It’s an awkward situation, but Ken tells Wendy that he and Martha have history and he needs to build bridges with her for the sake of the play. So he meets with Martha at the bistro and they talk things through and make amends.

This is all beginning to sound like vintage Ken, when he was juggling affairs with Wendy or Martha alongside being married to Deirdre. Will he try to keep relationships going with both of his exes?