The 36-year-old who plays Terry Boyles in the BBC One crime drama, has quickly become a major character delivering some of the most nerve-racking moments. 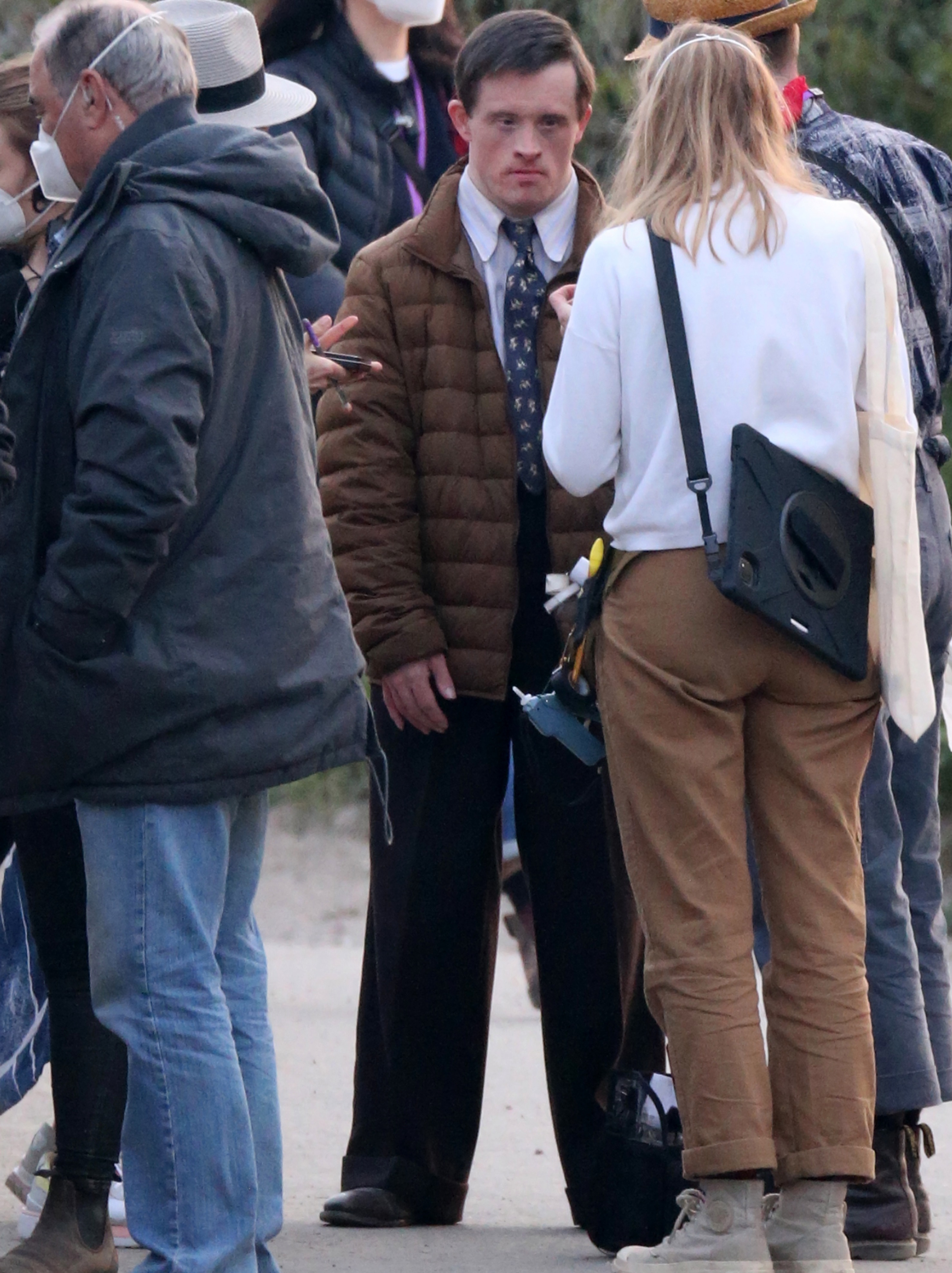 The actor's career is really taking off as he has now bagged a part in Spielberg and  Oscar-winning Hollywood actor Tom Hanks' World War II drama series Masters Of The Air.

Tommy was spotted on set as the Apple TV miniseries took over the English village of Bledlow, Buckinghamshire.

He was pictured shooting scenes for the upcoming drama based on the Eighth Air Force of the US Army Air Forces.

A huge filming operation could be seen set up around the Lions Of Bledlow pub in the picturesque village on the county boundary with Oxfordshire. 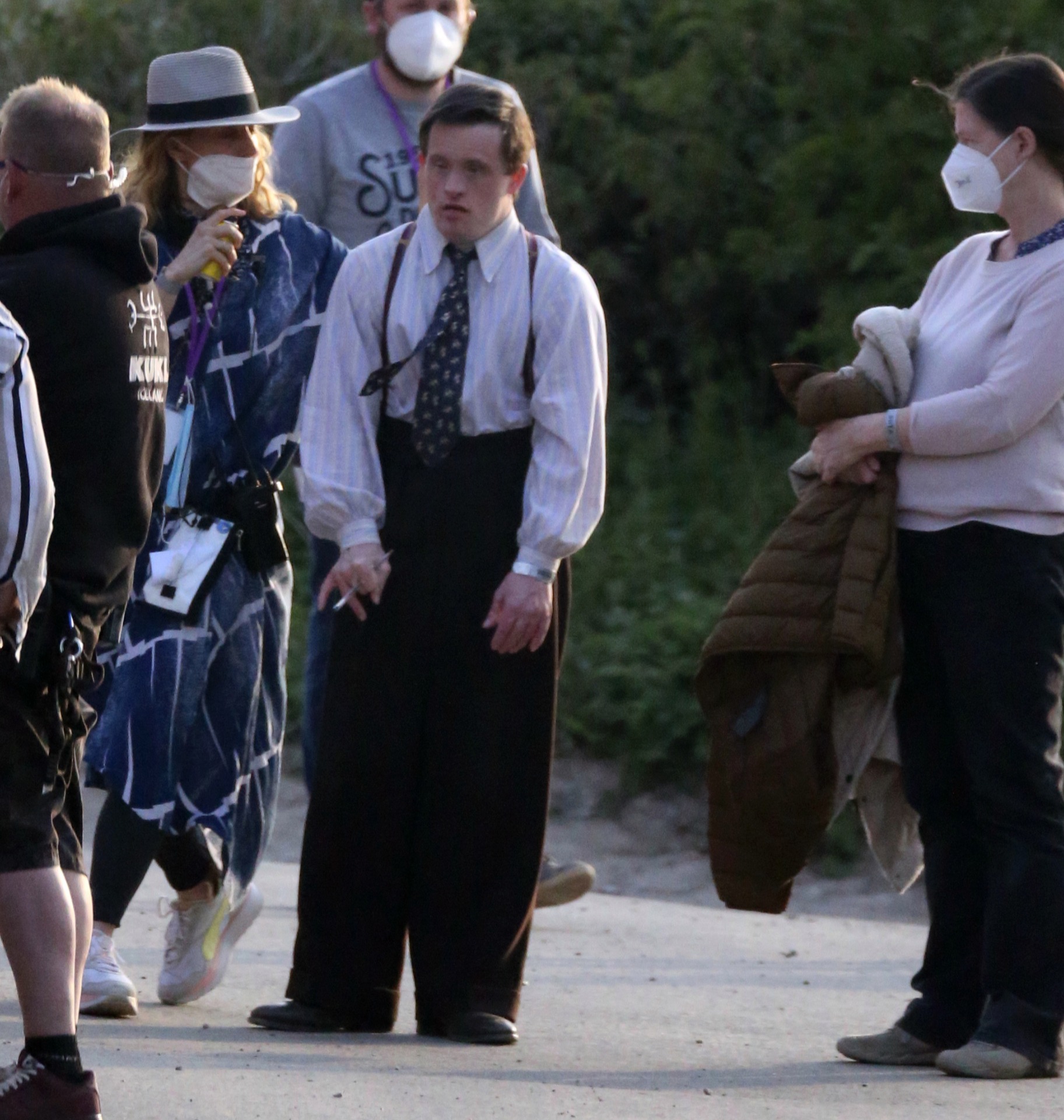 The star, who has Down Syndrome, is yet to be announced as a cast memberbut has been teasing a "top secret" project he's filming on Twitter.

He tweeted how he had learned boxing, sword fighting and fishing for different films.

The actor was pictured wearing a shirt with a navy patterned tie and brown puffer jacket.

Tommy looked dapper in his period costume, wearing baggy dark trousers and suspenders while he got his hair done by professionals. 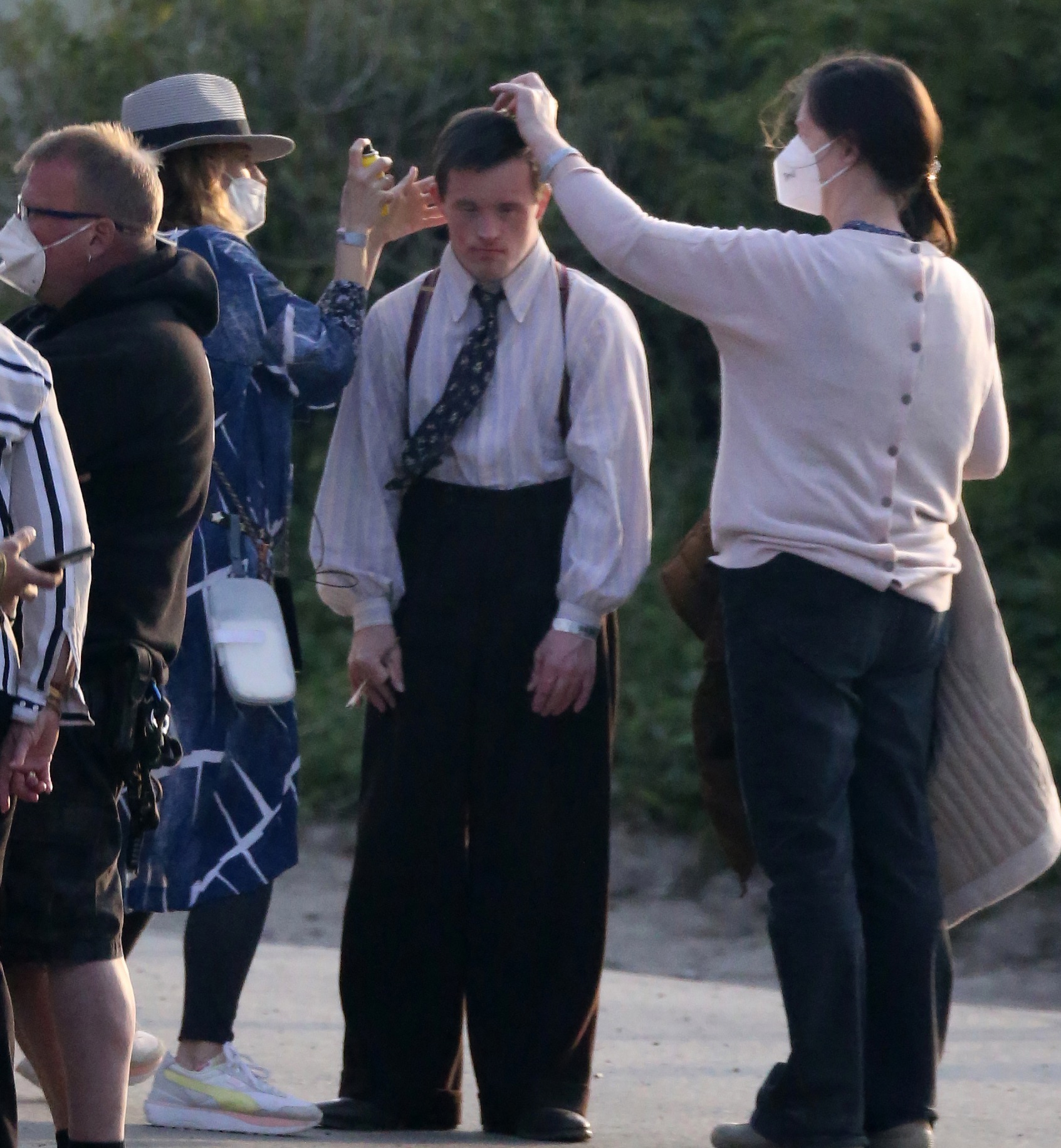 The TV star looked in his element surrounded by the cast and crew, while many were wearing protective face coverings amid the coronavirus pandemic.

It is an upcoming series based about wartime bomber crews focusing on the US air armada raids on Nazi Germany in World War II.

The series reportedly began shooting in February but most of the details remain under wraps.

It is billed as a follow-up to acclaimed series Band of Brothers and The Pacific, produced by the same company, Playtone. 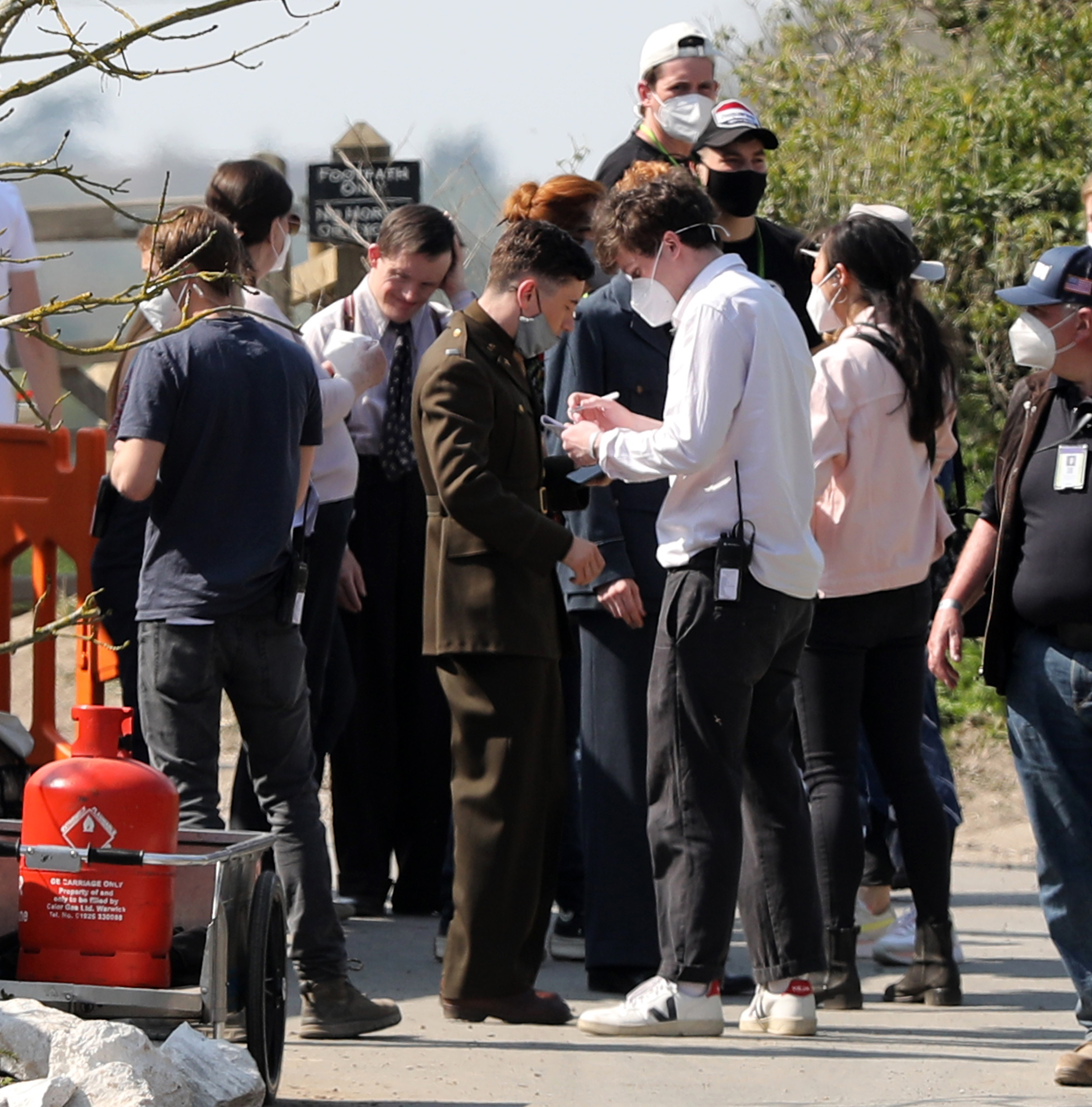 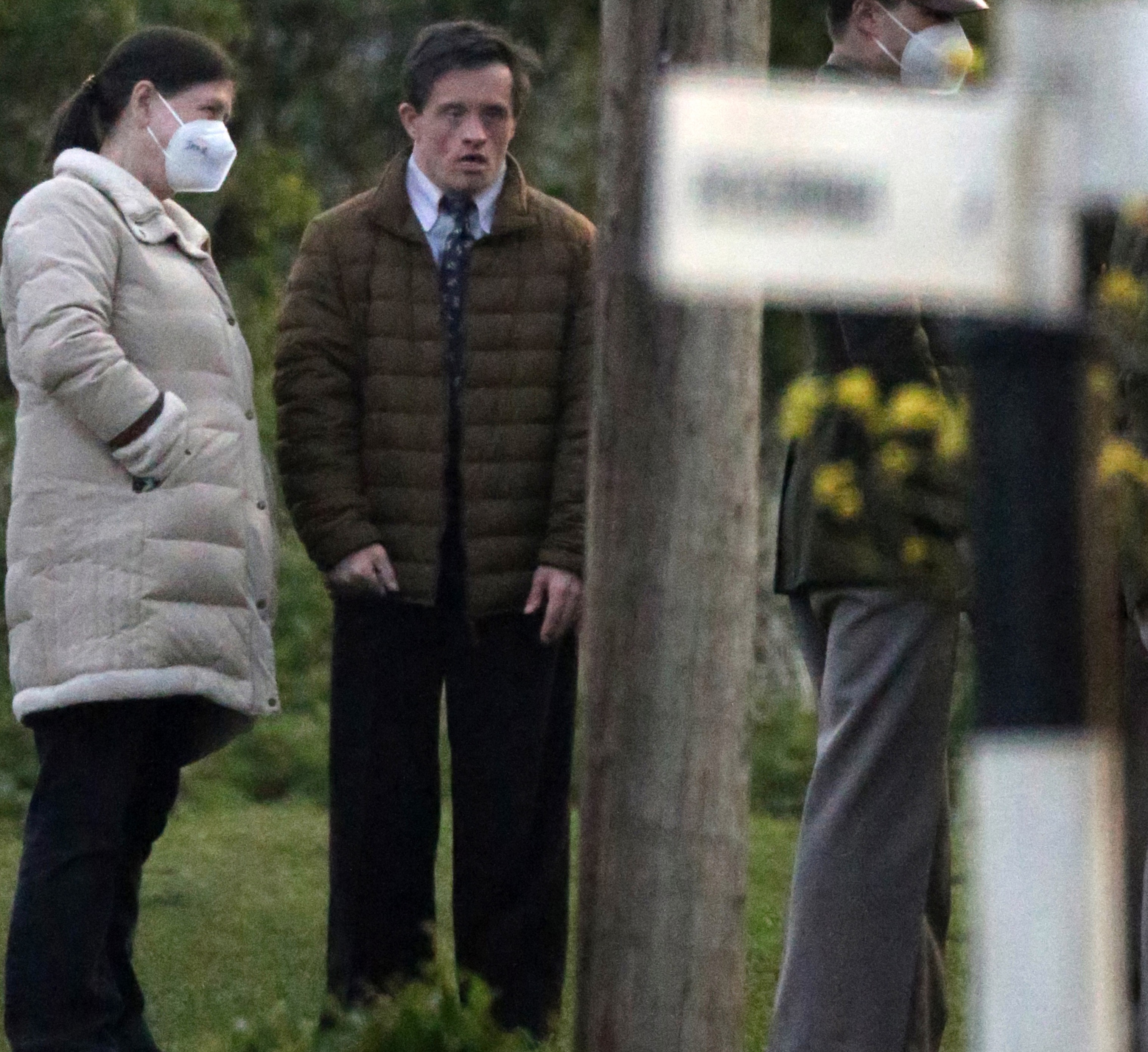 Tommy rubbed shoulders with other Hollywood royalty despite Spielberg or Hanks not being present on the day.

The actor has become a favourite with viewers in the current series of the AC-12 drama.

Terry has been embroiled in tense interview scenes — and even cheated death when he was a passenger in a car that mobsters crashed into a lake in a bid to stop him from talking. 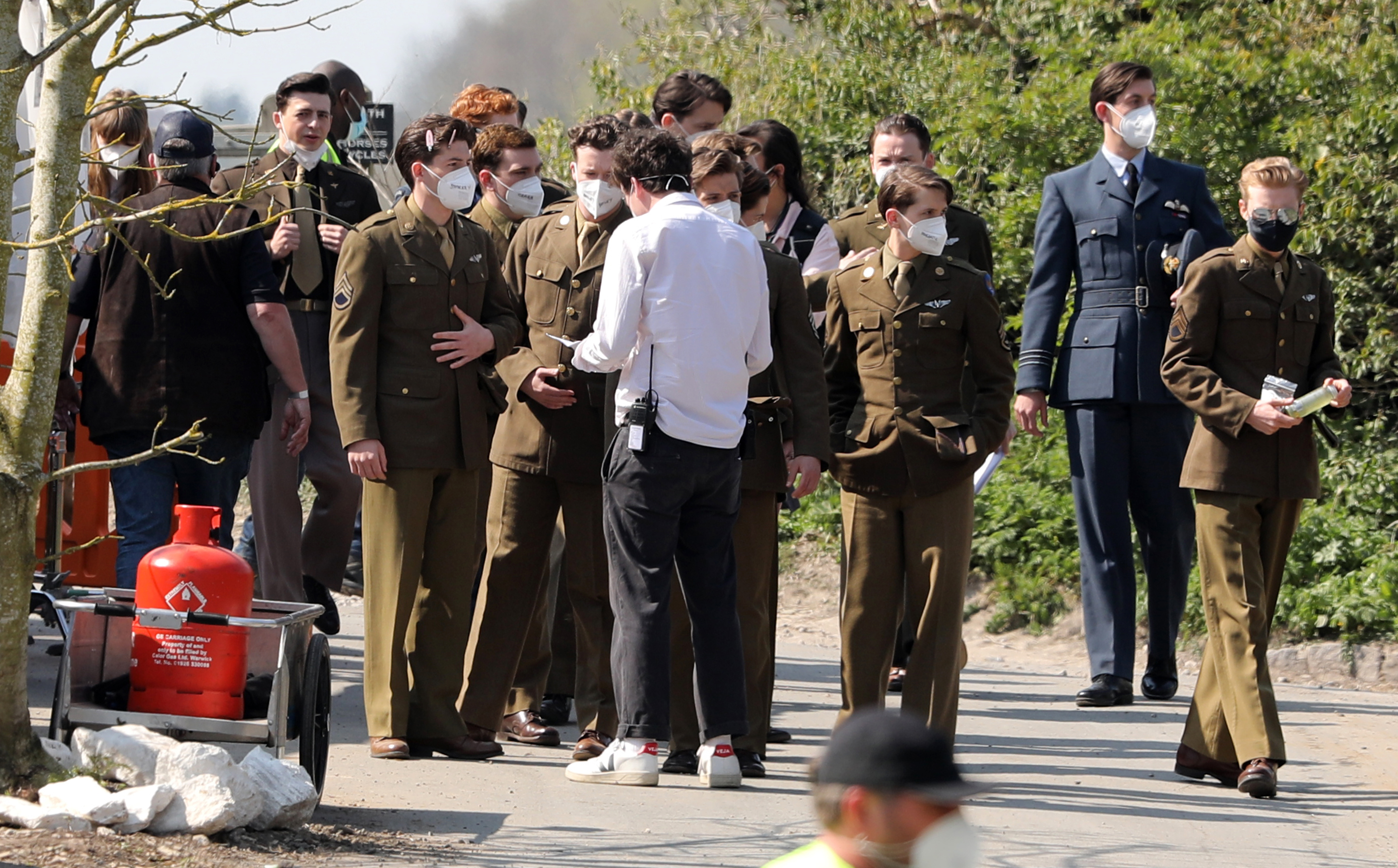 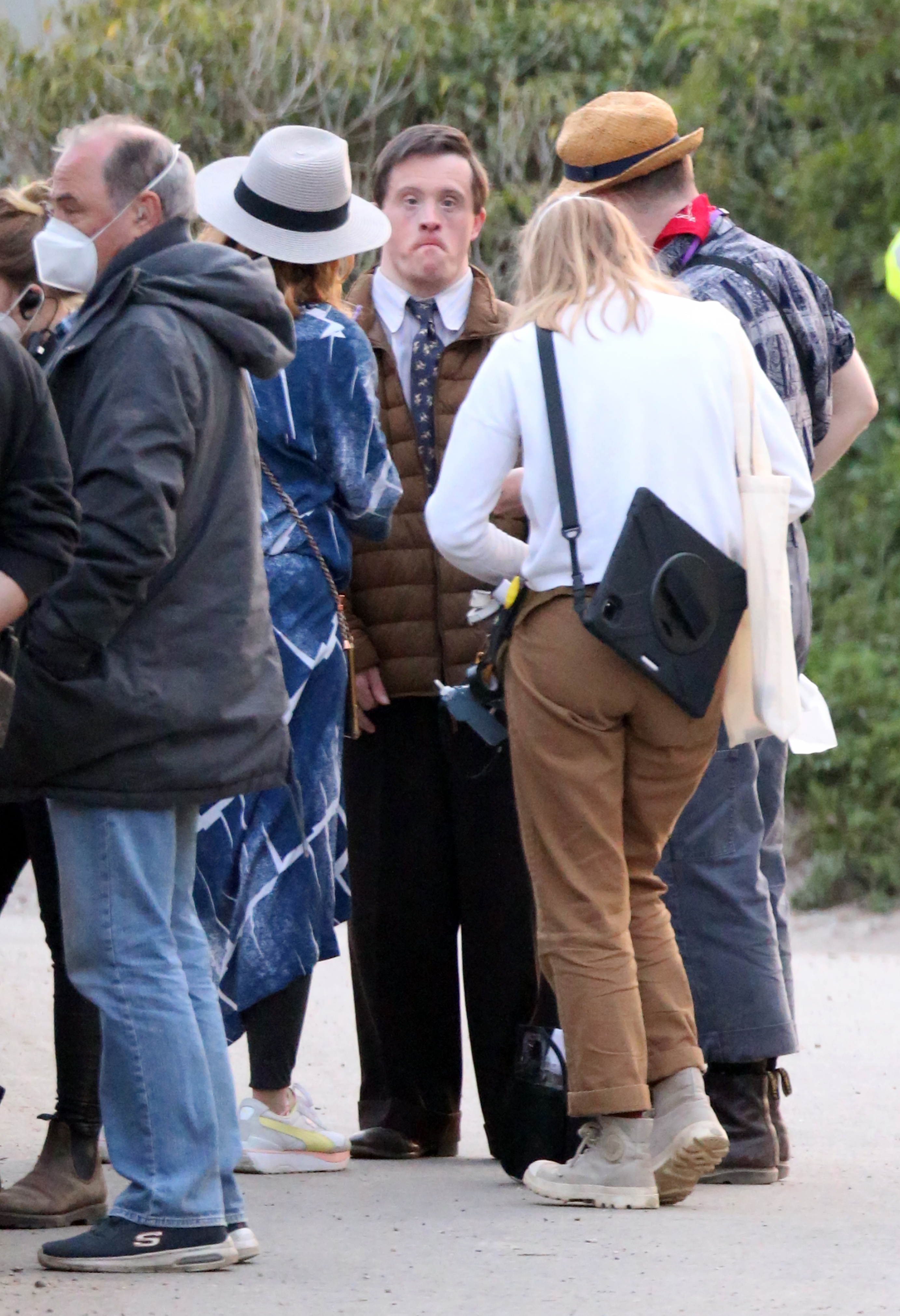 The actor who plays the gang victim, rose to the occasion every time, keen to be a role model for other people who have Down’s Syndrome.

His brother, documentary film-maker William, said: “Tommy can’t really tie his own shoelaces but he can stand on stage and break your heart.”

Writer Jed Mercurio has quickly made him a key member of the cast, so much so that some viewers have started asking him if he might be the show’s arch criminal.

Tommy said: “People are now asking me whether Terry is H. Obviously I can’t tell you anything, you will just have to keep watching and keep guessing. 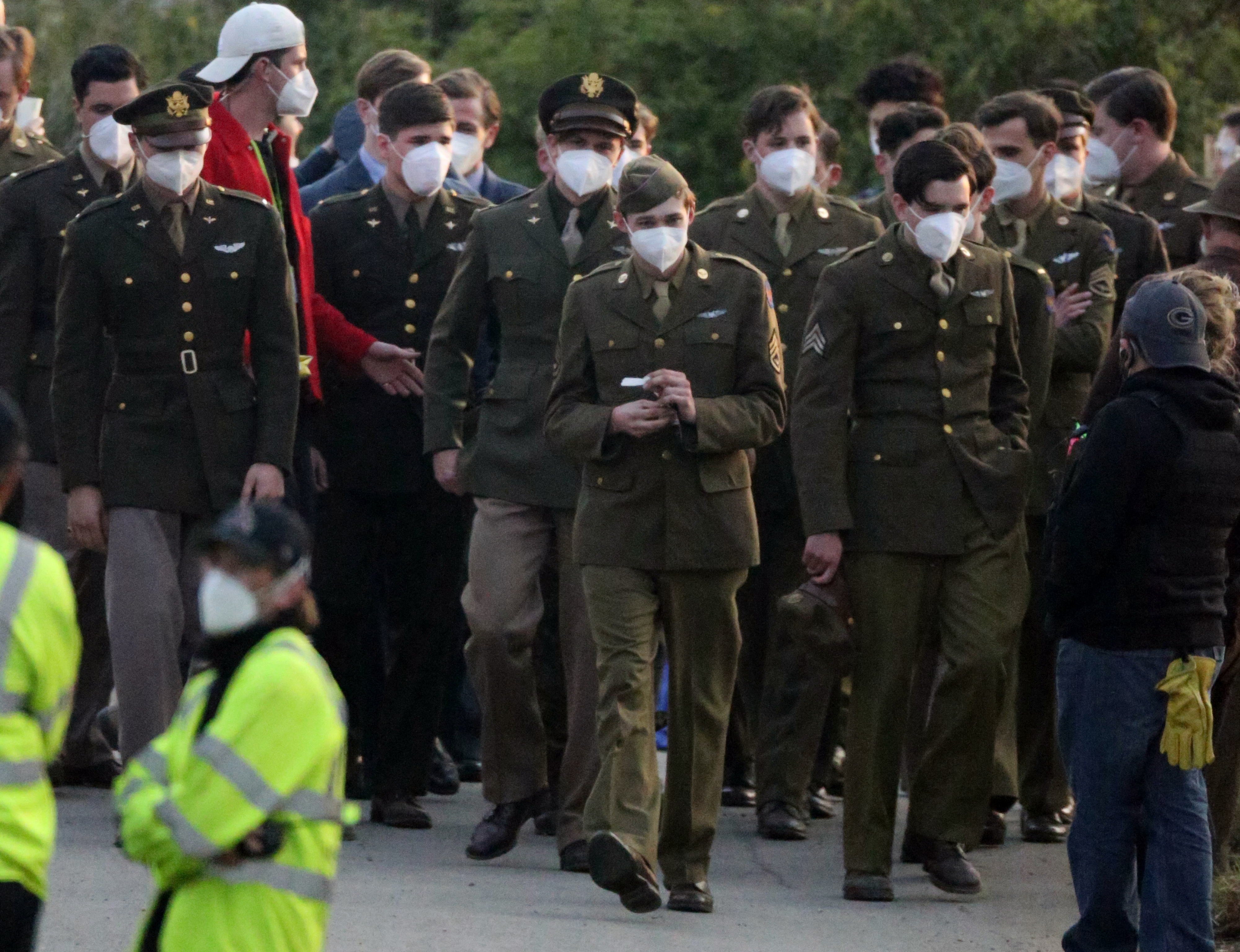 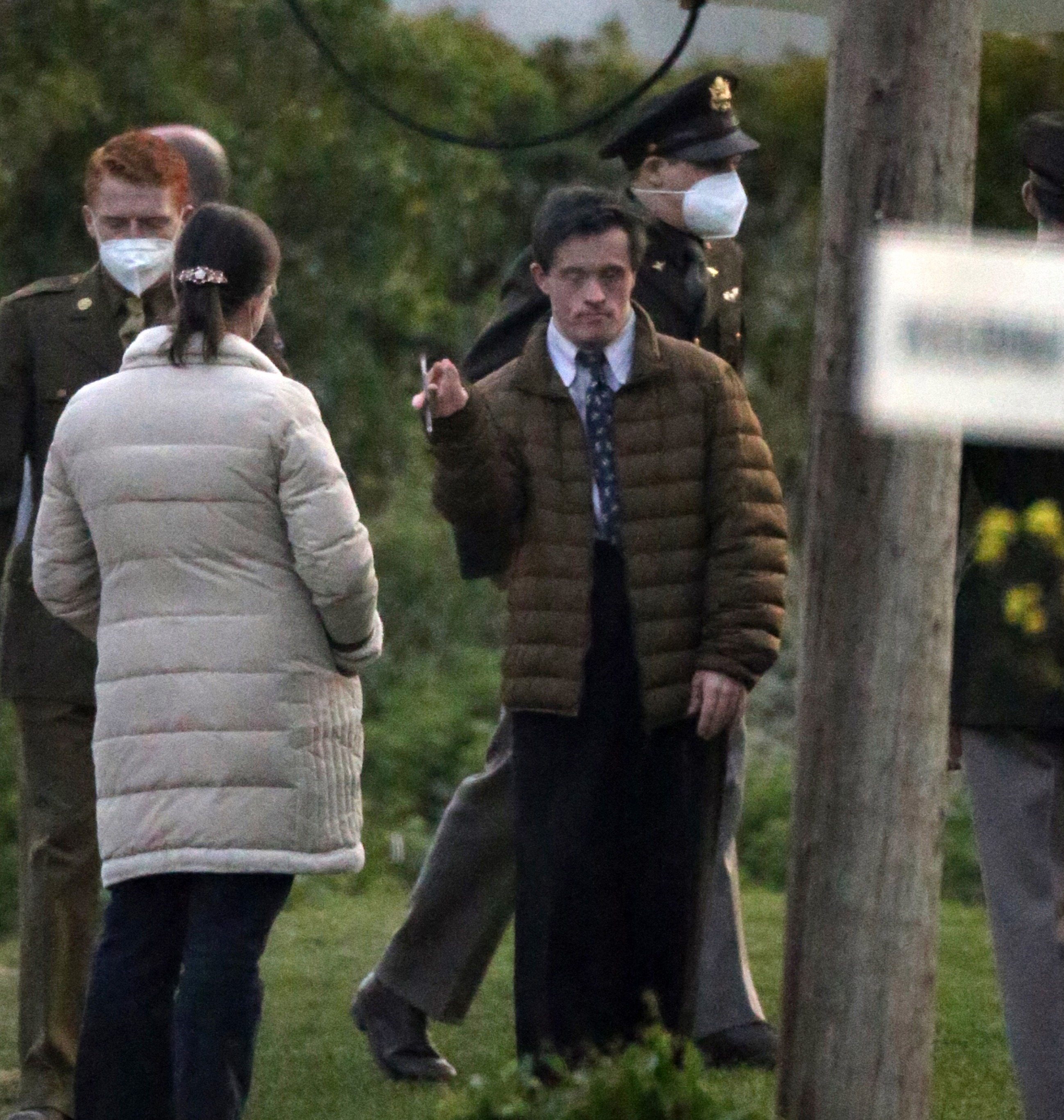 “I just hope that by being in Line Of Duty and other shows I can help change people’s minds about being more accepting of a diverse range of people.

“And I want to show what I truly am capable of doing and show what other people with Down’s Syndrome can do in real life.

“People living with Down’s Syndrome are diverse too and we need to show this. Some are dancers, photographers, actors, gymnasts, competitive swimmers, public speakers, waitresses, drag queens. 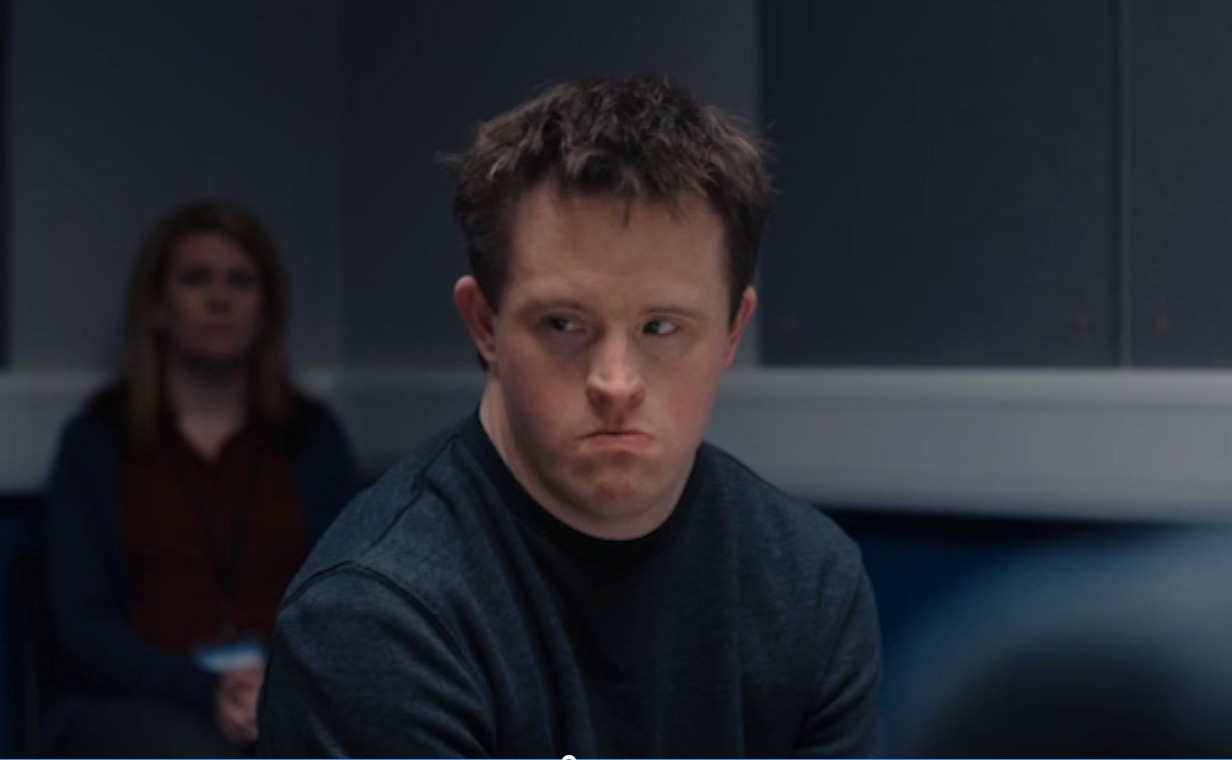 Tommy, who lives in Winchester, Hants, first starred in Line Of Duty in series five as Terry, though a different actor, Elliott Rosen, played the character when he appeared in series one in 2011.

He was a vulnerable target for criminals who have “cuckooed” his life, using his home as a base for illegal activities — and stuffed his freezer with the corpses of their victims.

In the latest series, Terry has played an even bigger part, being framed for the murder of TV journalist Gail Vella, which saw him arrested and interrogated.