Lucy Savage (played by Juno Temple) is a butter wouldn’t melt, daddy’s girl who’s never had to lift a finger in her life but is now looking for something new and exciting, to change her life and give her a sense of purpose. Lucy heads off to Morocco and meets a number of people along the way and the most influential is Lili Von X (Nina Sosanya), who welcomes her into a life of freedom with a dash of debauchery.

Set in the 1950s, viewers will see Lucy head off to Tangier with her English aristocrat husband Lord Hugo Cavendish-Smyth (Hugh Skinner) to forget her past life.

But as Lucy overhauls her life and appearance, Juno explained her costumes left her “uncomfortable” on set.

Speaking to the press including Express.co.uk, Juno said: “Lucy changes bit by bit coming from New York to Tangier. 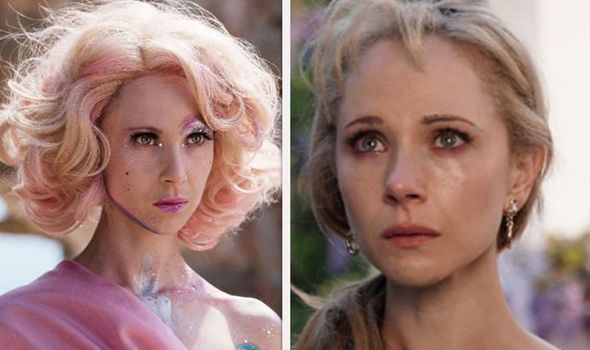 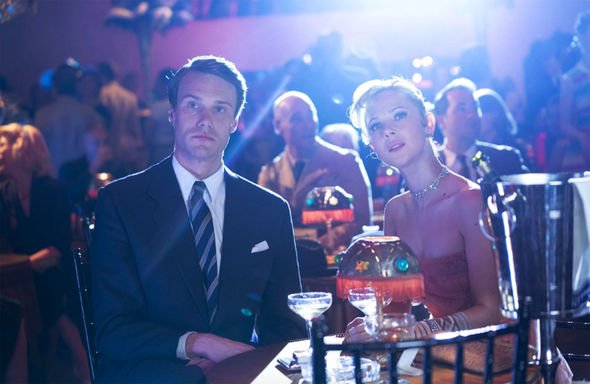 “Actually a lot of the clothes were then copied from originals and made for me.

“I love playing these characters always and Jo Thompson was so up for it and as the show progresses, Lucy starts to wear slighting bigger hoop earrings.

“But I think little details like that just felt like a little bit of freedom so that when she sees her dad later in the show she can turn around and be like I don’t know you.”

She continued: “I had a lot of fun with the costumes because I’m not gonna lie, a lot of them were not very comfortable. 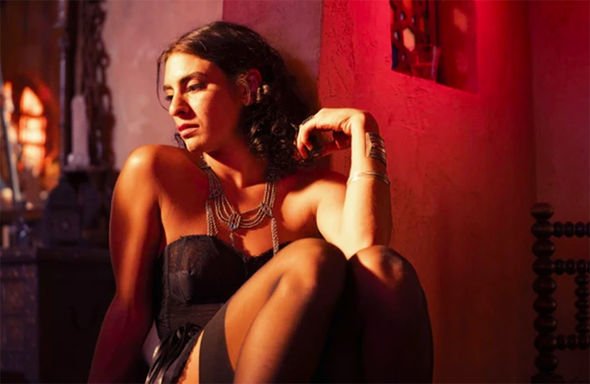 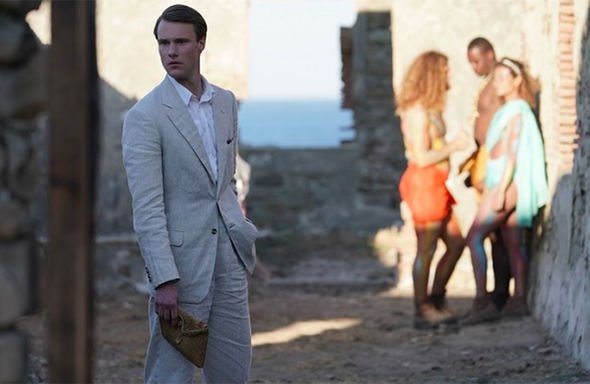 “But, I think that is really important to a character like Lucy.

“In one scene I am in an original piece that had not been altered and if I slouched, I got stabbed by a piece of boning, but I do think that was actually great to my character.”

Detailing what viewers can expect from the series overall, June added: “Lucy Savage is somebody that I felt had so many layers and so many things going on inside of her.

“It’s like at the beginning of a bubble bath and the bubbles just keep going and going.

“Then she’s given the needs to create this perfect life, get away from the old one, and be this perfect woman but she falls down the most wonderful rabbit hole.”

However, it’s not all fun and games as Juno teased a darker side to Lucy’s time in Morocco.

“She’s pretty heavily medicated and I think that is something that also sedates her from experiencing things,” she commented.

“She constantly keeps her doctor and father’s voices on her shoulders.”

But Lucy will be shown she doesn’t have to listen to the men in her life and can be her own woman.

The women she will encounter over the course of six episodes will invite her on a variety of experiences that will change her life forever.