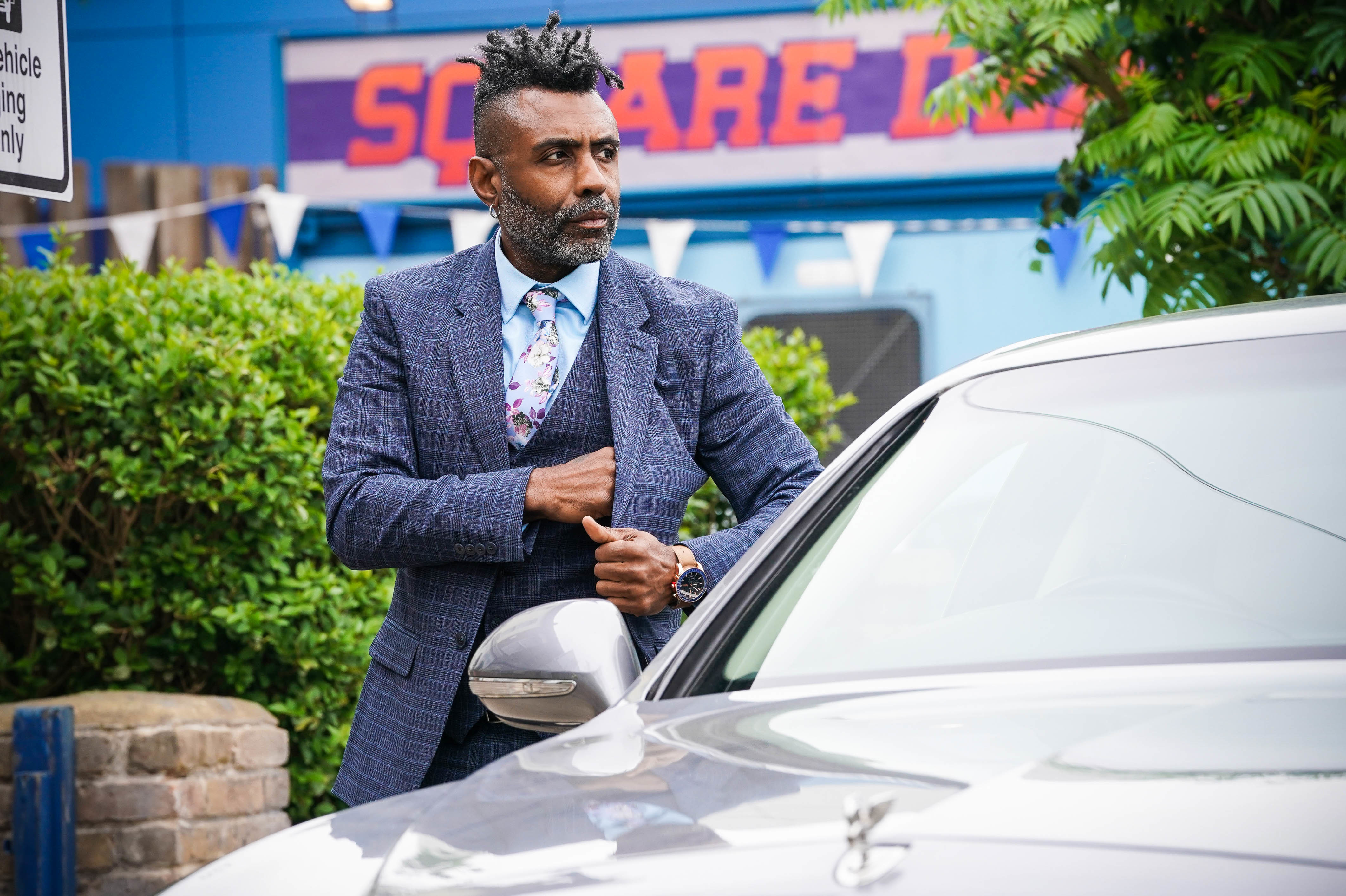 It’s Mitch Baker’s (Roger Griffiths) birthday in tonight’s episode of EastEnders, and it’s set to be a memorable one as his brother Avery (Omar Lye-Fook) also rocks up to see him.

At first, Mitch has no idea his brother has arrived in Walford in his flash car, which immediately annoys the market traders.

Sensing that his arrival hasn’t exactly been a success, Avery tells the market traders to meet him in the pub later that day – a gathering, if you will.

Elsewhere, at the flat, Mitch tells Karen (Lorraine Stanley) he really doesn’t want to celebrate his birthday this year, but she ignores him and drags Mitch to the pub.

But when they enter, Mitch soon spots Avery.

As the week continues, it’s very clear Mitch doesn’t want Avery around, but his focus shifts when his brother collapses.

After a phone call from Mitch, Avery’s sons, Felix (Matthew Morrison) and Finlay (Ashley Byam) soon arrive and share a revelation with the Taylor family – but what’s going on?

How many secrets are these new faces hiding?