With Charlie Stayt having filled in for Dan Walker earlier in the week, Naga Munchetty was joined by presenter Jon Kay for Friday’s BBC Breakfast. To bring the latest headlines to BBC viewers, Naga and Jon were accompanied by resident weatherman Matt Taylor and sports reporter Mike Bushell. But when Naga weighed in on one of Mike’s segments, she was rather red-faced when the former Strictly star had to correct her.

Mike was giving fans a peek at the Formula E championships which take place in Saudi Arabia over the weekend.

But before handing back over to Naga and Jon, Mike recalled a story about when he got behind the wheel of one of the modern vehicles.

“It does take you to a different world,” the BBC star began. “I’ve been in a Formula E car,

“I’ve driven around Silverstone and the big thing they teach you is if something goes wrong, 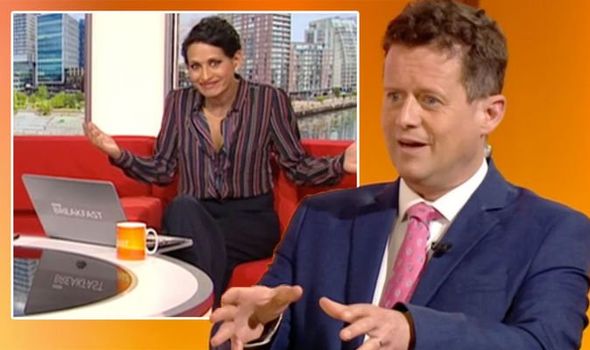 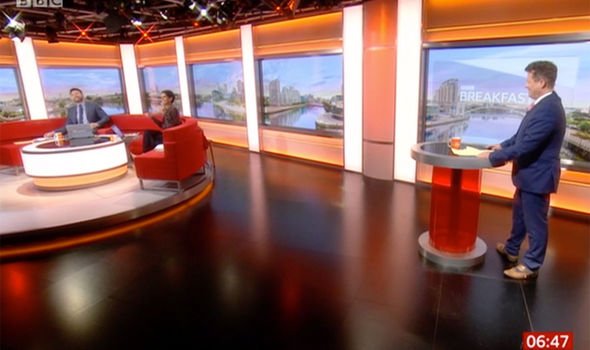 “If a light pops up, you have to jump clear of the car so you don’t get electrocuted,” the former Strictly star added.

“That was a big thing you had to learn before getting in the car,” Mike added, prompting Jon to reply: “Wow.”

However, Naga, on the other hand, seemed rather confused by Mike’s tale.

“At what speed?” Naga quizzed, under the impression drivers would have to leave the vehicle whilst moving. 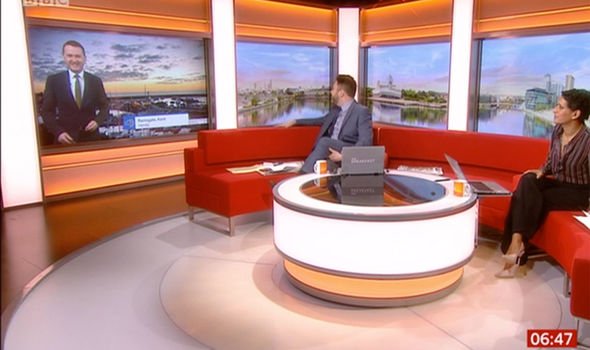 It didn’t take long for the studio to burst into laughter as Mike pulled her up on her error.

“Oh no, if something goes wrong, you stop the car,” explained as Naga burst into hysterics.

As the laughter settled, Naga held her hands in embarrassment before she and Jon cut to Matt for today’s weather forecast.

Matt popped up on-screen and he too saw the funny side of the back and forth.

“He’s still chuckling at my stupid question,” Naga commented before Matt delved into the forecast.