Jessica Knight’s (played by Katrina Law) introduction has been highly anticipated among NCIS fans for weeks now following the news the actor had landed a recurring role in the CBS drama. And while she’ll be thrown straight into the thick of the action alongside Bishop (Emily Wickersham), McGee (Sean Murray) and Torres (Wilmer Valderrama), the promo for her debut episode Blown Away has left fans concerned it may not just be at work where the drama will unfold.

For context, the synopsis of Blown Away from CBS reads: “When members of an NCIS Regional Enforcement Action Capabilities Training Team (REACT) are killed during an explosion, NCIS Special Agent Jessica Knight, the lone surviving member, helps crack the case.”

And the promo trailer for the next instalment shows just how Knight’s introduction will disrupt the dynamics of the McGee, Bishop and Torres trio right away.

McGee then clarifies to the team: “Agent Knight is going to be joining us on our investigation.” 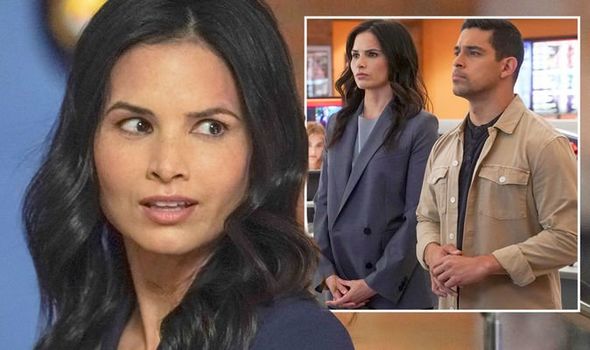 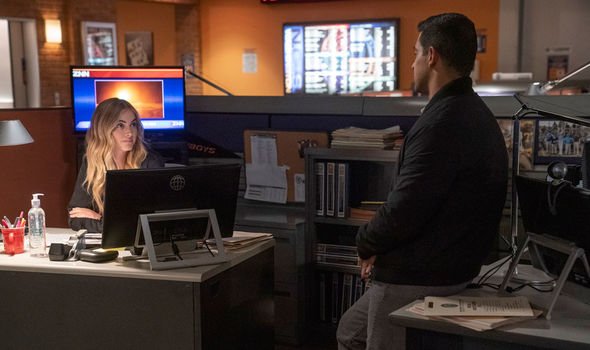 What follows is a series of action-packed sequences before NCIS fans get to see Knight and Torres one on one working on the case.

“Let’s move in,” she tells the NCIS regular who airs on the side of caution: “Back up should be here soon.”

“That’s funny,” Knight hits back before making a beeline for the building they’re scouting out, prompting Torres to giggle and say to himself: “She’s a bad influence.”

The promo ends there but the chemistry between the two is enough to leave a number of the fandom fearing Torres and Knight could muster up a romance – despite his bond with Bishop. 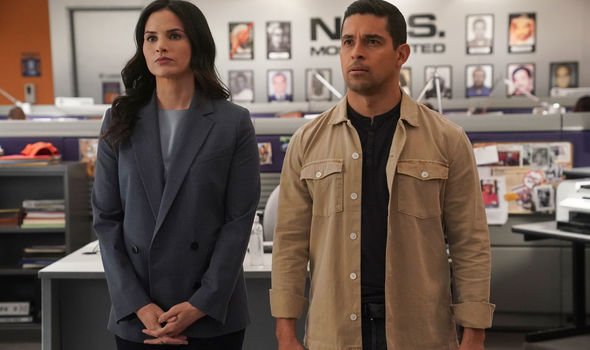 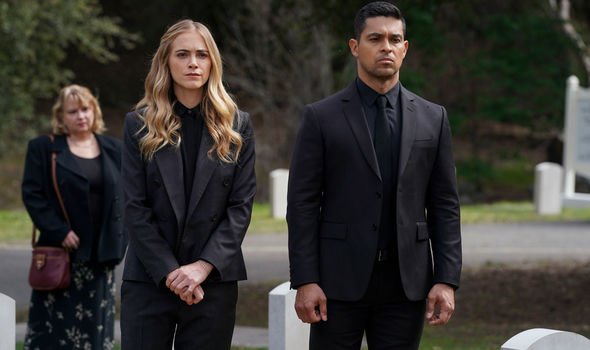 Replying to the promo on YouTube, one fan voiced their concerns: “They better not have nick and the new girl get together not after the talk he had with bishop.” (Sic)

While another spotted the sparks on Twitter, weighing in: “Uhh looks like torres is a little fond of the new agent in the promo… jealous bishop perhaps? #NCIS.”

Whereas on Reddit, another concerned NCIS fan even toyed with the idea Knight could replace Bishop: “I’m nervous because we are supposedly getting another female character (Katrina Law). It would be cool if they both are on next season together, but who knows if they are?”

Of course, this would be a huge blow to fans who’ve been tipping a Torres and Bishop romance all season-long – particularly after a conversation they shared recently.

After Jimmy Palmer (Brian Dietzen) had watched the two’s chemistry unravel, he approached Torres and began to quiz about their relationship status.

And it brought a rather too defensive outburst from Bishop, who confronted Jimmy: “There’s nothing to talk about. Nick and I don’t really need to have an official talk because we’re just friends. And not like Gibbs (Mark Harmon) and Sloane (Maria Bello) were friends. Do people think we’re like Gibbs and Sloane?”

She continued to protest: “Like, are they, did they, will they, won’t they? What exactly do people think is going on between me and Nick?

“Because people are talking about us behind our back, Jimmy, that’s not cool.”

But despite her protests, by the end of episode 14, Torres and Bishop agreed to a chat – although fans were devastated not to hear what was said.

If the two had both shared their true feelings for one another, maybe a romance between them was on the cards.

But if Bishop had reservations and Knight now enters the fray to turn Torres’ head, what will it mean for their relationship?

Fans will have to tune in to episode 15 to see if their fears come to fruition and Torres moves away from the Bishop romance with Knight.

NCIS season 18 continues Tuesday on CBS in the USA.