OWN last year made its first foray into original holiday movies, which do well viewership-wise, especially among women who are OWN’s core demographic.

“Following the overwhelming success of our inaugural holiday movie slate last year, we’re excited to announce all-new movies with heartwarming storylines the whole family can enjoy,” said Tina Perry, president, OWN. “We hope that viewers will continue to make watching our movies together a part of their ongoing holiday traditions.”

A Christmas For Mary premieres Tuesday, December 8 at 9 p.m. ET/PT

Vivica A. Fox stars with Jackée Harry and Morgan Dixon (Being Mary Jane) in a holiday tale of rediscovery and renewal when up-and-coming journalist Lena Jones (Dixon) is tasked with delivering a story by Christmas that will wow her boss, magazine editor Vivian Vaye (Fox), who is dangling a promotion to head writer over Lena’s head. Intrigued by a portrait of a mysterious woman painted by her late grandfather, Lena journeys to the small town of Pineville, where with her mother, Deborah’s (Harry) blessing and support, Lena uncovers a long-ago forgotten tale of young love that not only uncovers cherished memories of the past, but also inspires Lena to follow her heart and find her own true love … and her perfect Christmas story. A Christmas For Mary is produced for OWN by Hybrid and executive produced by Vivica A. Fox in association with Harpo Films. 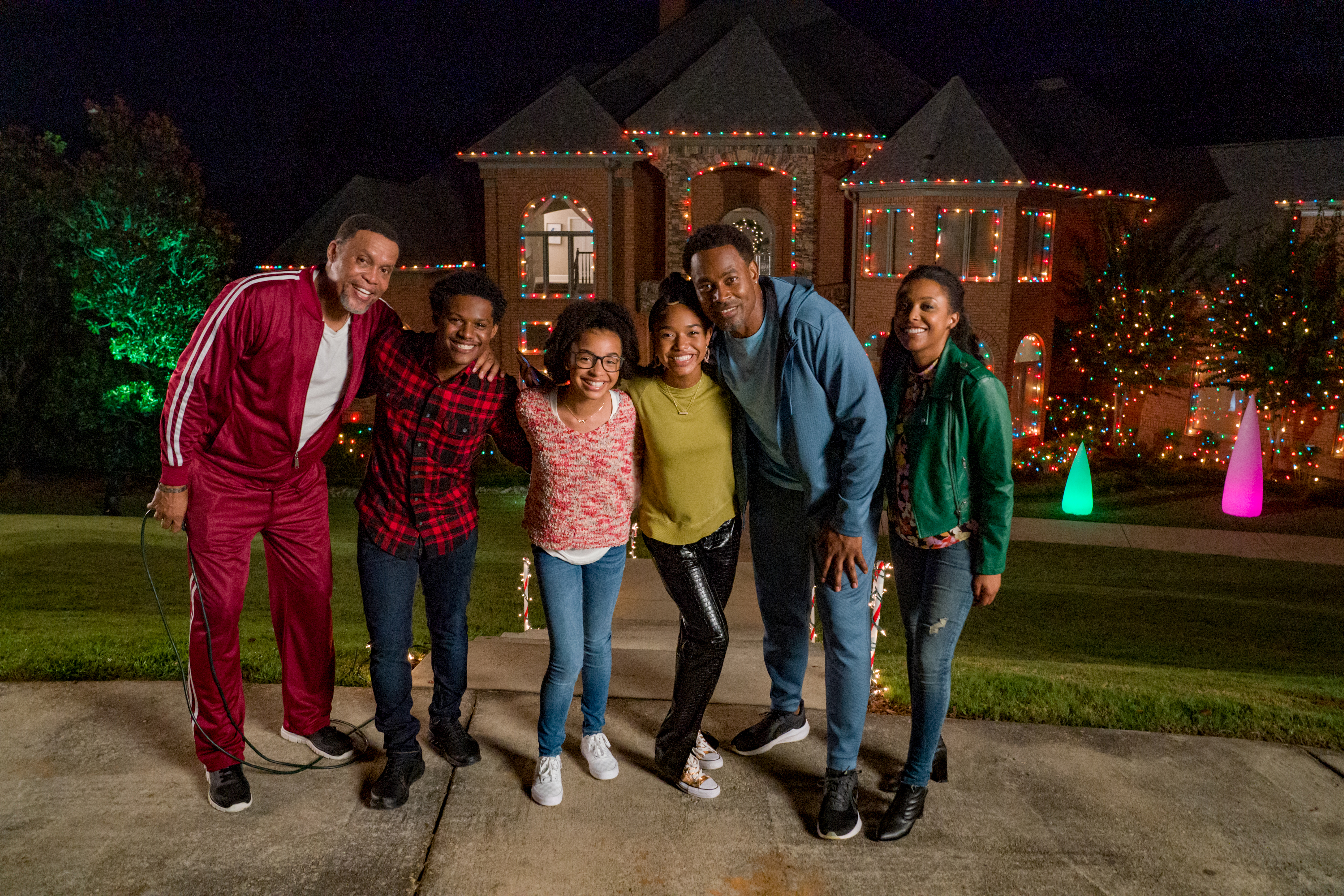 Meagan Holder (Pitch) stars in this family-centric holiday story as Chloe, an Atlanta-based chef at a fine dining restaurant who gets fired just weeks before Christmas and reluctantly takes a job with pro baseball player Donovan Jackson (Rucker), who is a single dad of three needing a live-in-chef to get him through the holidays with the kids. Chloe only takes the job in order to save up enough capital to live out her dream of opening her own restaurant, but soon finds herself caught up in the ups and downs of the Jacksons encounter during her residency. Throughout the holiday season in the Jackson household the importance of family and Chloe’s good Southern cooking are two constants that remain. As Christmas comes to an end, Chloe discovers that her lifelong dream might finally come true… and that her heart has a mind of its own. Cooking Up Christmas also stars Jen Harper and Laparee Young from OWN’s Greenleaf and Lindsey Amani Blackwell from OWN’s David Makes Man. Cooking Up Christmas is produced for OWN by MarVista in association with Harpo Films. Executive produced by Roger M. Bobb, Lamman Rucker, Megan Ellstrom, Larry Grimaldi, Hannah Pillemer and Fernando Szew. 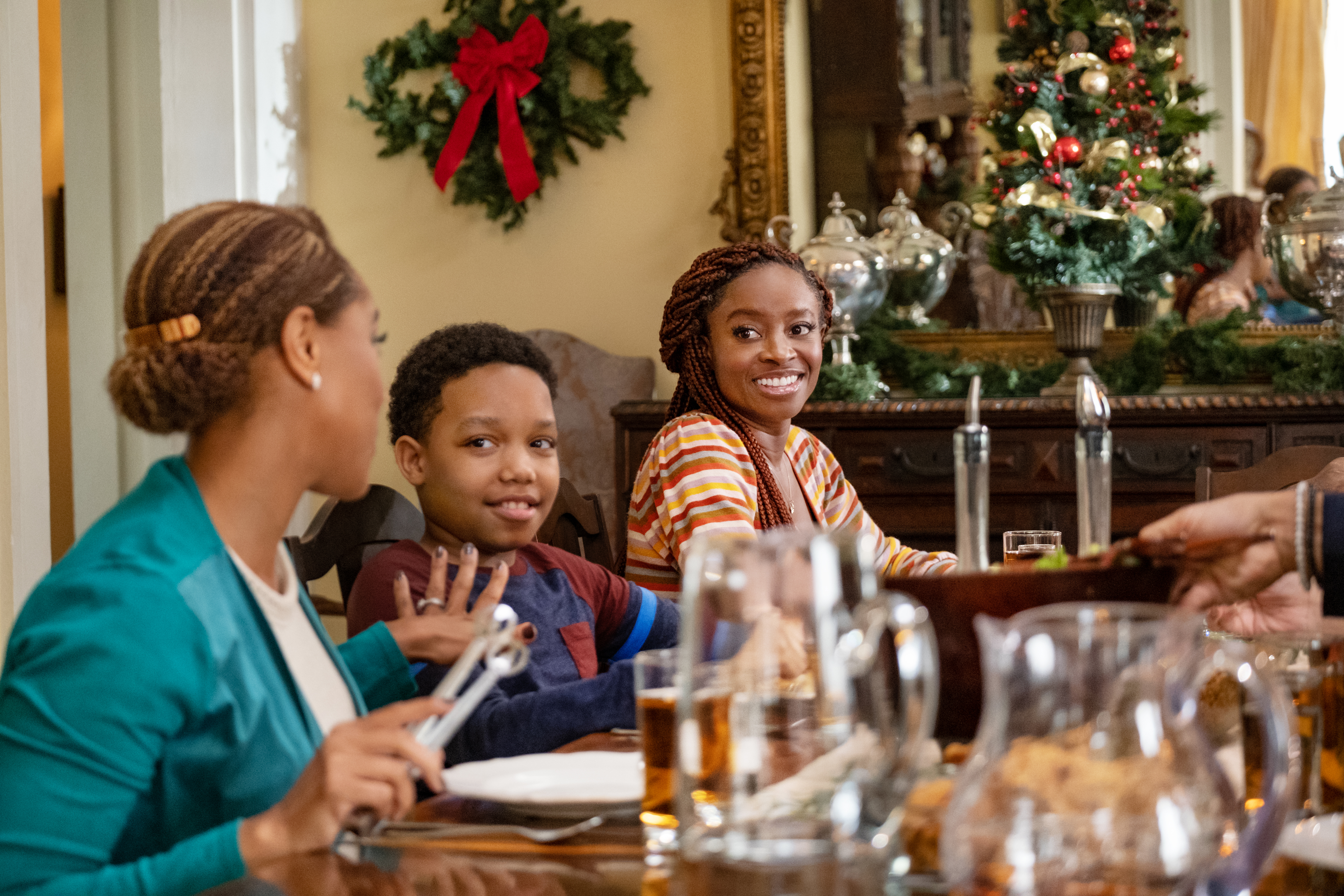 Given up for adoption and placed in foster care at a young age, writer Halle Downing (Victor, Alita: Battle Angel) receives the blessing of a lifetime when she is invited to spend Christmas in New Orleans with the biological family she never knew she had – The Moores. Halle’s grandmother “Memaw” (Stewart, A Time to Kill) welcomes the young woman with open arms, completely overwhelming Halle with emotion at the significance of finally finding her family. Extremely excited to meet her twin siblings Tiffany (Samantha Smith, Welcome Home, Roscoe Jenkins) and Glenn (Mason Beauchamp, NCIS: New Orleans) along with younger brother Drew (Peyton Jackson, Nobody’s Fool) for the first time, Halle soon faces the hard reality that finding her place in this close-knit family is going to take longer than she thought, something that becomes particularly evident when she witnesses Tiffany’s apprehension about introducing her new girlfriend Paris (Amanda Tavarez, Queen Sugar) to the family for the first time. However, as Christmas approaches, Halle begins to gain perspective on the Moore family dynamic and ultimately comes to embrace and celebrate her first family holiday with a special gift that tells her she is right where she is supposed to be. First Christmas is produced for OWN by MarVista in association with Harpo Films. Executive produced by Tia Mowry, Tiegen Kosiak, Todd Y. Murata, Larry Grimaldi, Hannah Pillemer and Fernando Szew.