The ITV Good Morning Britain presenter took to Twitter to slam Theresa May after she announced to the nation she was stepping down as Prime Minister.

Piers Morgan, 54, shared a photo of Theresa May waving at crowds, captioning it: “Thanks for nothing.”

The star then retweeted a betting company who had given odds of 500/1 that he would become PM himself.

Piers continued his new “campaign” by posting a photo of himself waving outside No 10 as GMB co-star Susanna Reid grimaced.

He captioned it: “It’s time #PMforPM.”

The tweet soon went viral, racking up hundreds of retweets and thousands of likes.

Social media users were divided about whether they wanted Piers to be in charge though. 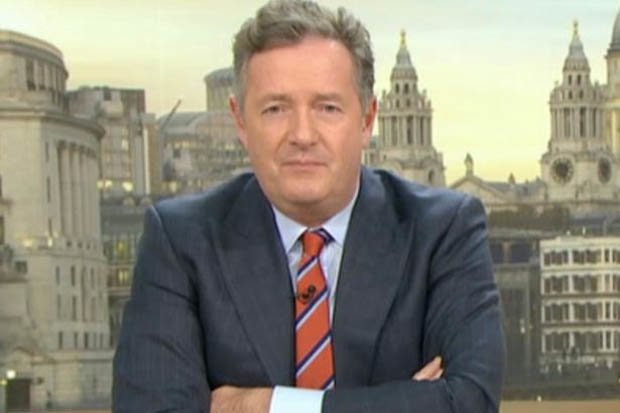 One exclaimed: “Do it!” While another added: “You’ve just got to love Mr M.”

However, another blasted: “No thanks,” while another added: “Never laughed so much.”

May, 62, announced her resignation in an emotional speech outside No 10 this morning.

She said she’s quitting her role as Conservative leader on June 7 and spoke of her “deep regret” that she couldn’t deliver Brexit. 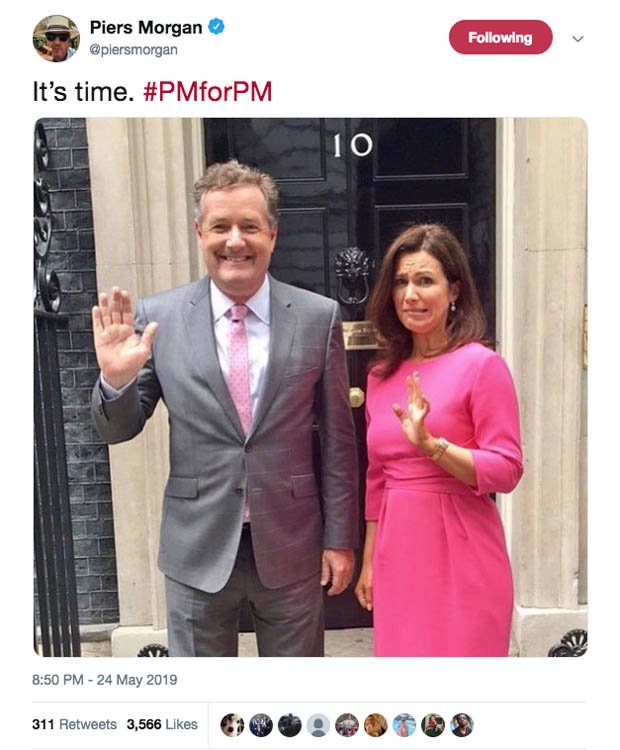 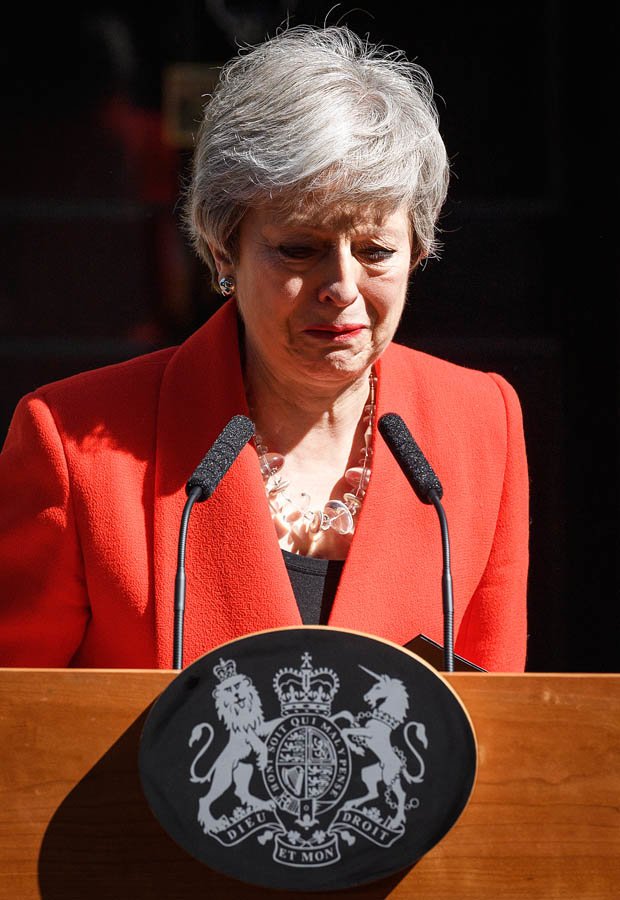 She commented: “I will shortly leave the job that it has been the honour of my life to hold.

“The second female prime minister, but certainly not the last.

“I do so with no ill will, but with enormous and enduring gratitude to have had the opportunity to serve the country I love.”