Pointless: Richard Osman hits out at Alexander as he’s SNUBBED by contestant

Pointless fans tuned in to see a new round of the quiz show this evening hosted by Alexander Armstrong and Richard Osman.

Unfortunately things didn’t get off to the smoothest start as one player snubbed Richard in favour of presenter Alexander.

Player Tony jumped in during his round to ask Alexander if he would say hello to his aunt Julie, who would be watching the BBC quiz show at home.

Of course, Alexander was happy to oblige and greeted the player’s relative.

However, co-host Richard was not completely happy by being left out as the camera panned over to him.

He announced: “Not such a big fan of mine, auntie Julie?”

Laughing, he went on to add: “Interesting, interesting. Quite what I’ve done I don’t know – but that’s absolutely fine.”

While it seemed Richard was going to continue with the show, he instead opted to hit out his colleague over the snun from Tony’s aunt Julie.

Pretending to be furious, he pointed at Alexander and said: “I tell you what Julie…

“I’ll tell you a couple things about this guy if you really wanna know the real him!” 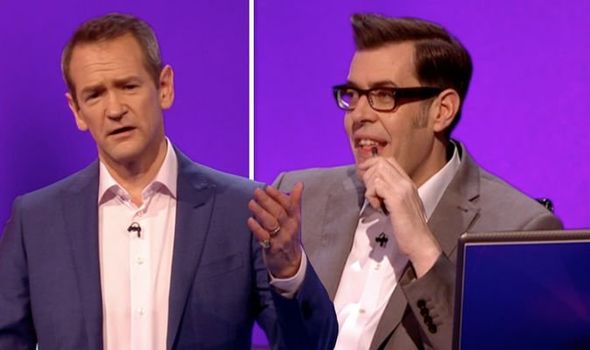 Obviously the pair were joking around and quickly carried on with the rest of the show.

Yesterday on Pointless, a duo struggled to come to terms with a potential new catch phrase for the show.

While they were originally trying out: “Low score, early doors,” Alexander attempted to abbreviate the new slogan.

In the episode he tried: “High scores – out!”

Richard enjoyed it and yelled: “That works even better! 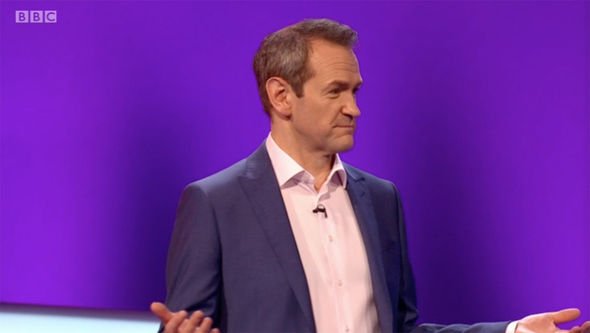 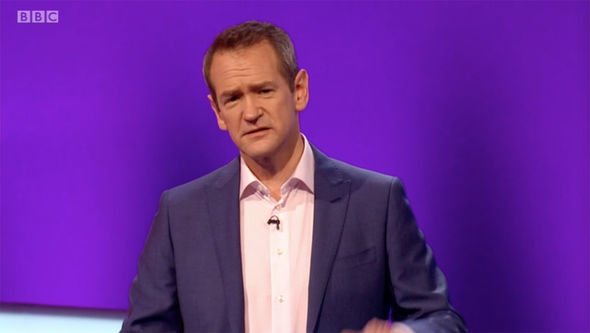 “If you haven’t been watching, we’ve started a rhyming thing which is speeding things up even more.”

But then Richard made another suggestion, prompting an apology from Alexander, as he asked: “But can I make a suggestion?

Alexander then continued on to say: “I’m sorry, I’m so sorry, but out!”

Pointless airs weekdays at 5.15pm on BBC One.