Emma Corrin rose to fame when she was cast as Princess Diana in Netflix’s hit royal drama The Crown. The actress starred in the historic role for the fourth season of the award-winning series. In a recent interview, Emma has spoken out about some scenes that were missing from the season.

Emma joined the cast of The Crown for the fourth season of the show when she portrayed the late Princess Diana.

The actress shared many of her scenes with Josh O’Connor who played Prince Charles in the series.

She also starred alongside Olivia Colman who played Queen Elizabeth II and Helena Bonham Carter who took on the role of Princess Margaret.

Looking back at her time on the hit drama series, Emma explained that there were some Diana scenes that didn’t make the final cut. 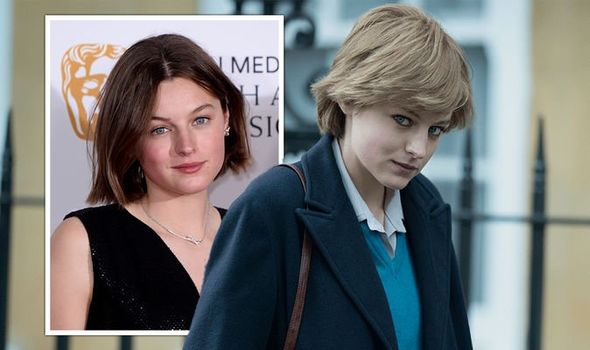 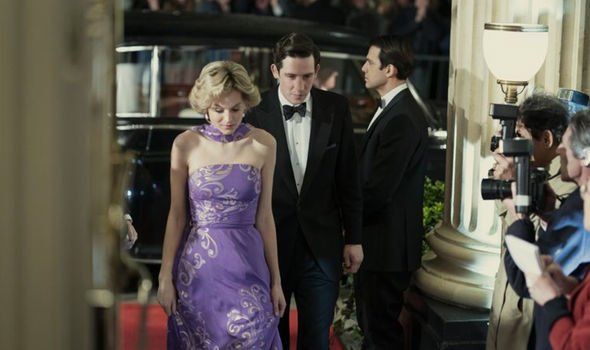 Speaking about her portrayal of the royal, Emma revealed filming was cut short because of the coronavirus pandemic.

As a result, she was unable to film certain scenes that had been planned, but Emma explained her final scene was meant to have been filmed in the Alps, in Spain.

The star confessed she was gutted to have missed out on those scenes as she and her co-stars were looking forward to shooting some skiing action.

However, Emma admitted that having to shut down two weeks early, wasn’t all bad news. 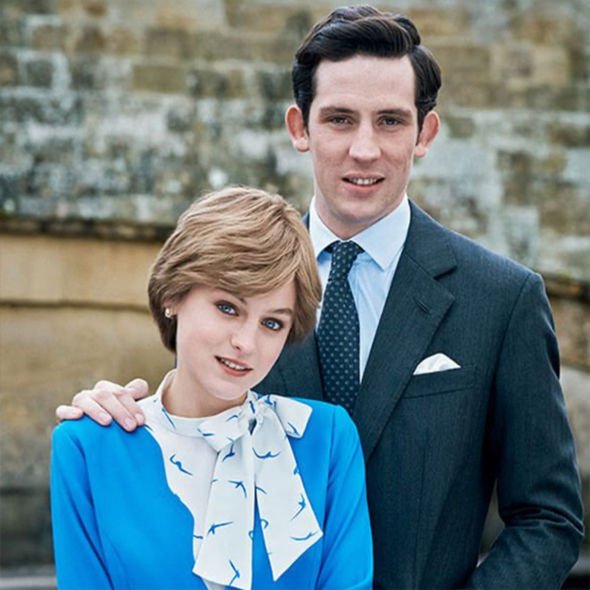 She saw her own positive side to the situation, saying: “I didn’t know it was going to be my last scene when it was my last scene, which maybe was a good thing, because it didn’t mean I got very emotional.

“But I remember it was bizarre because it was just as everything was sort of shutting down,” she remarked.

The actress then revealed that the last scene she filmed was actually one that didn’t make the final cut.

It was a scene with Diana at a cocktail party where she comes down the stairs in a white bolero jacket and long gown.

She explained that the scene was set in New York, but was instead filmed in a London skyscraper.

Emma said she was asked to look over the horizon and the edit team were going to CGI in the New York skyline.

“It was bizarre because I was standing on the roof and they were playing this emotional music to try and get me to be emotional.

“And I remember finding it really strange that there were no planes in the sky, because normally in London, there are planes all the time.

“I remember being like, ‘Whoa, it feels like the world has shut down.’ And that was literally just before we went into lockdown,” Emma told TheWrap.

Sadly, the actress’s time on the Netflix drama has already come to an end as the series is set to return for season five, but with an entirely new cast.

Emma’s being replaced by Elizabeth Debicki who is set to take on the role of Princess Diana.

Meanwhile, Imelda Staunton will be leading the new cast, taking on the role of Queen Elizabeth II.

Seasons one to four of The Crown is currently available to stream on Netflix.