REAL Housewives Of Orange County’s Braunwyn Windham-Burke slammed an online troll who called her “selfish” for “leaving” her kids as she dates her new girlfriend.

The Bravo star clapped back at the Instagram “mom-shamer” who insisted she ditches her seven children “all the time” as she faces marital struggles with husband, Sean Burke. 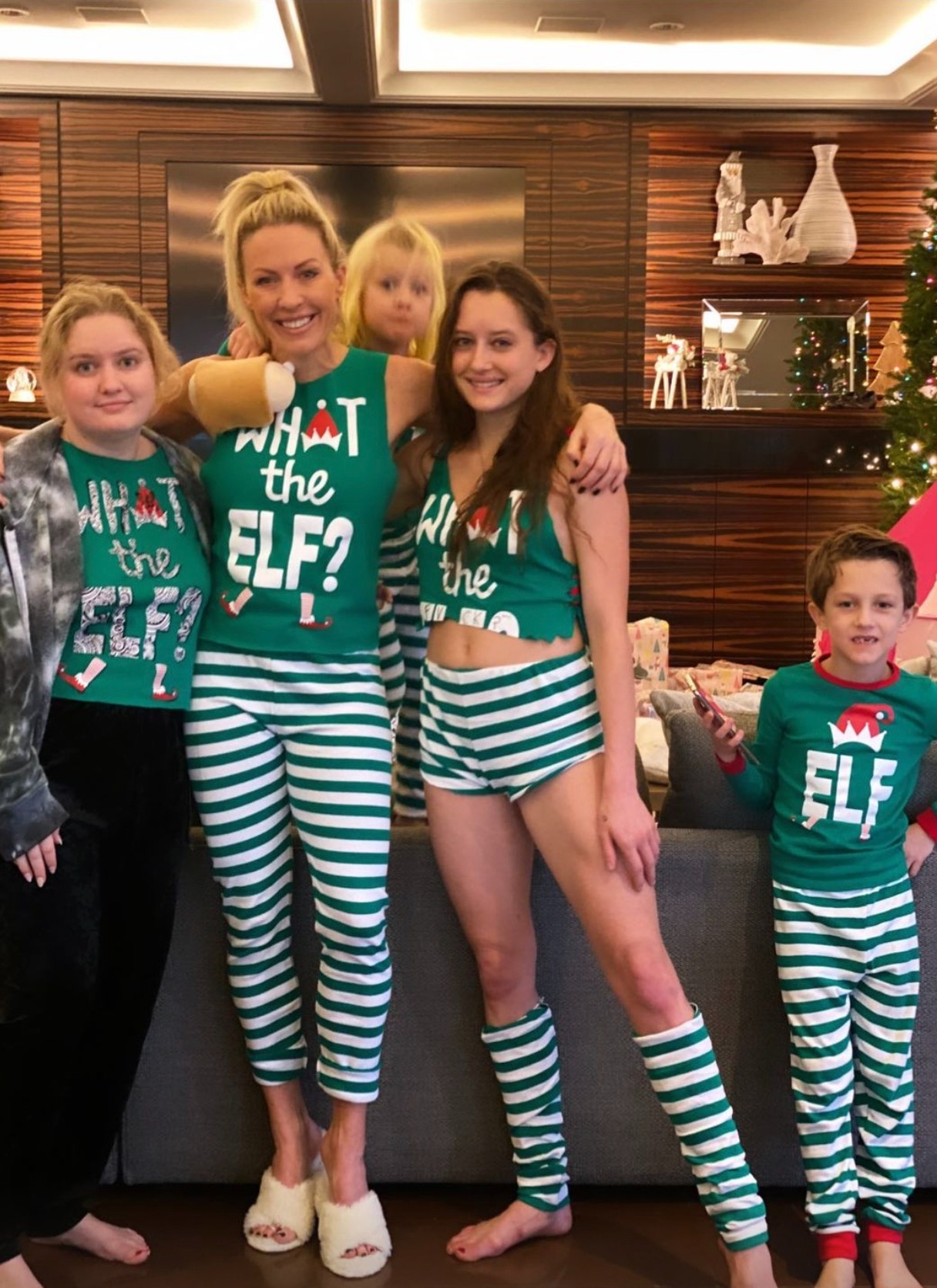 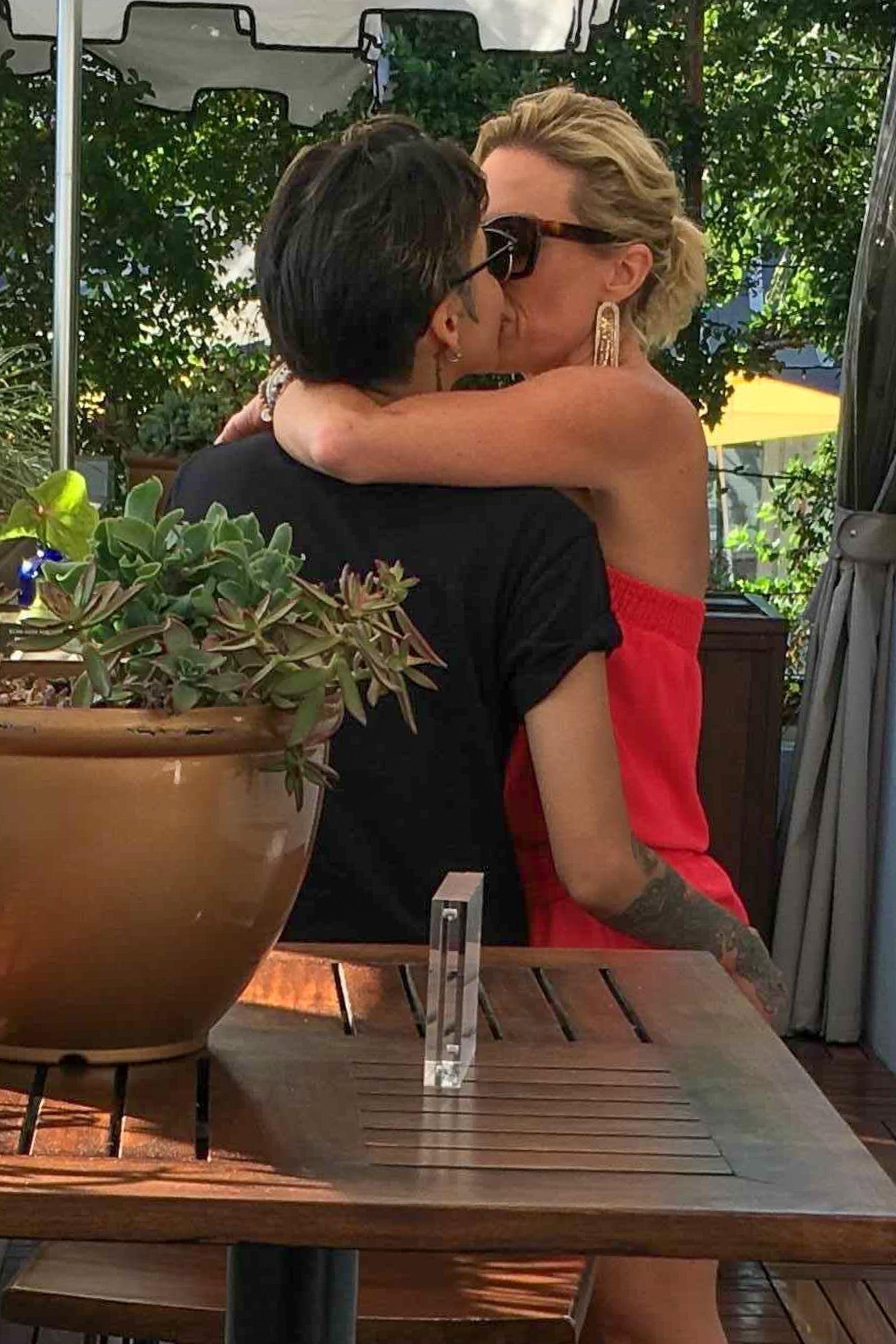 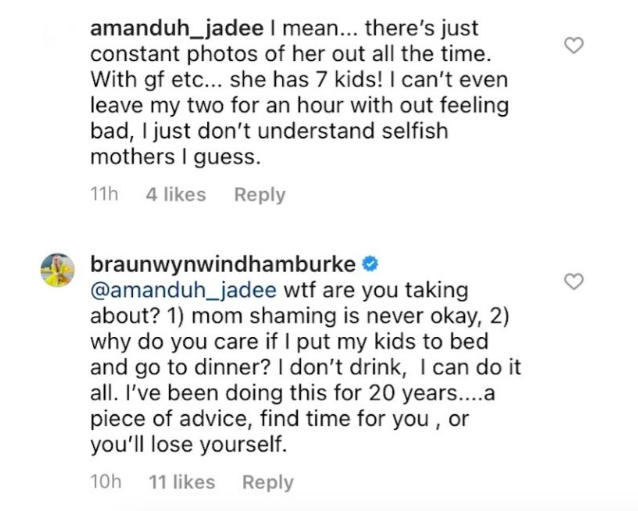 On Christmas Day, the 43-year-old shared a snap where she was cuddled up with her husband on the couch of their Newport Beach, CA mansion.

“Anyone else already ready for a nap,” she questioned in the caption of the post.

The holiday photo also included a candid moment from her curly-haired toddler and sparked some critique about the matriarch’s parenting. 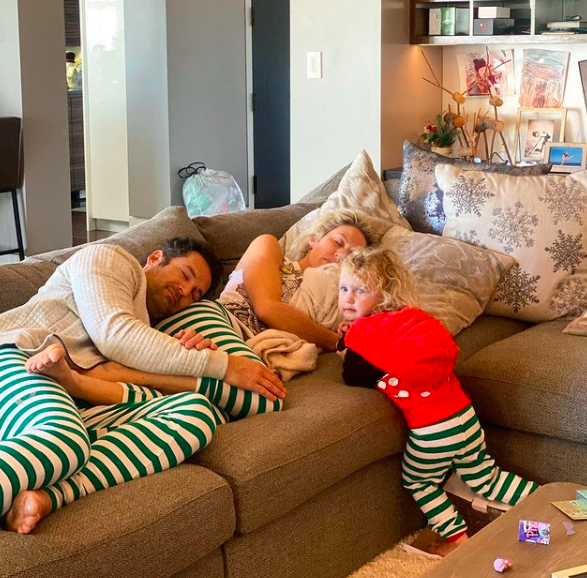 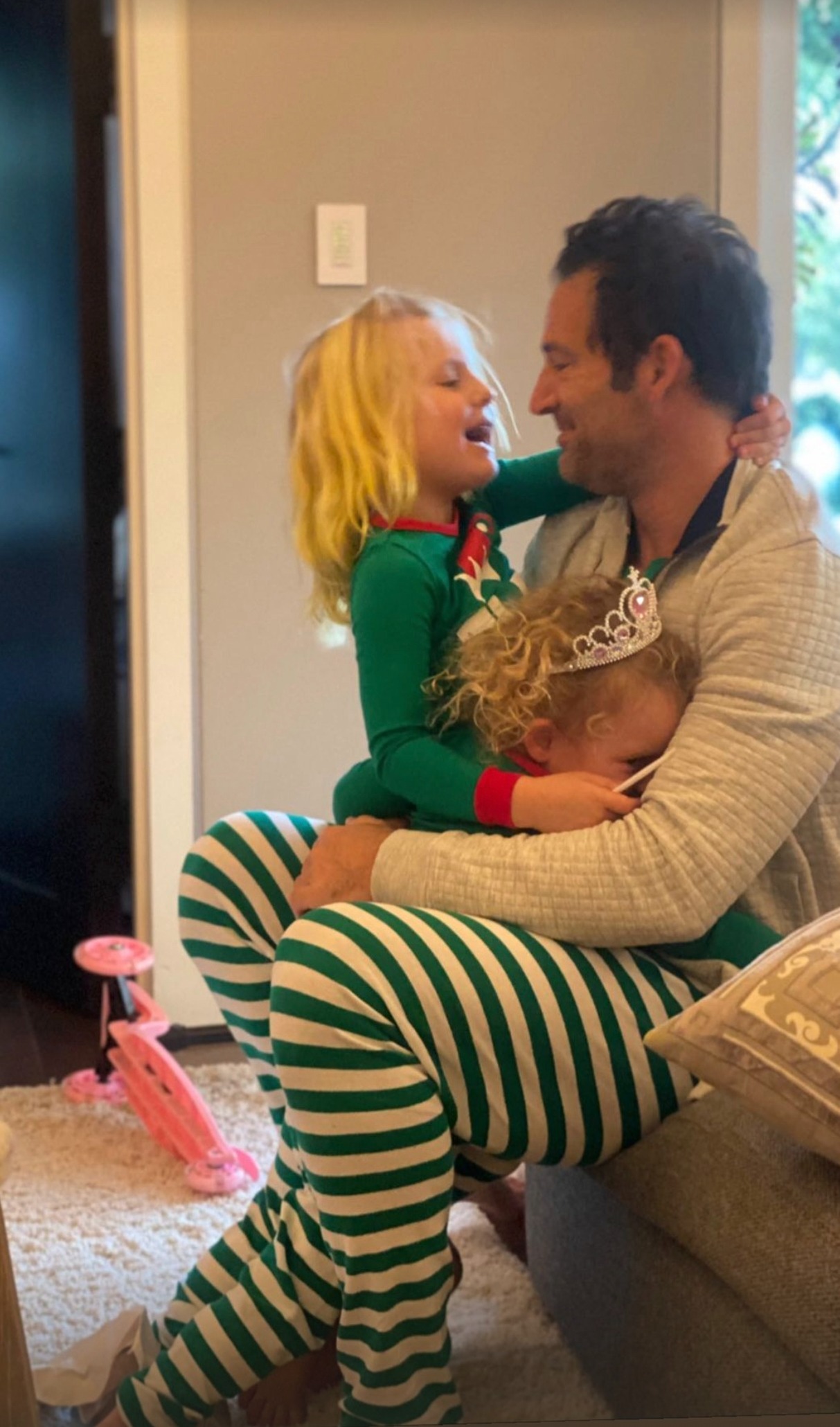 After coming out earlier this month and showing off her new girlfriend, Kris, one fan accused her of being gone “all the time.”

One person wrote: “I mean… there’s just constant photos of her out all the time. With GF etc… She has 7 kids!

“I can’t even leave my two for an hour without feeling bad, I just don’t understand selfish mothers I guess.”

Furious, Braunwyn fired back: “Wtf are you talking about? 1) Mom-shaming is never okay. 2) Why do you care if I put my kids to bed and go to dinner? 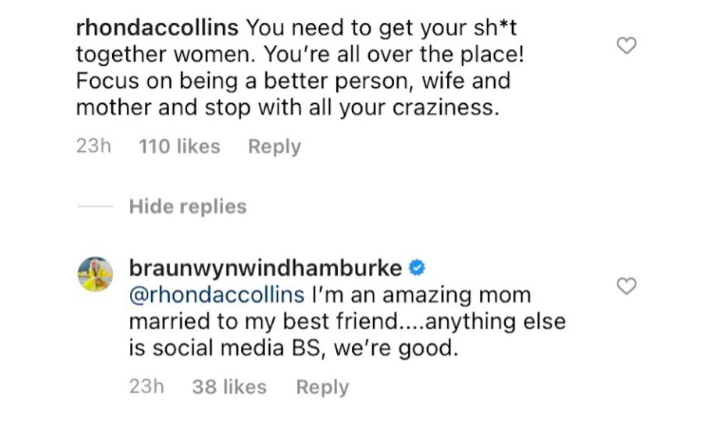 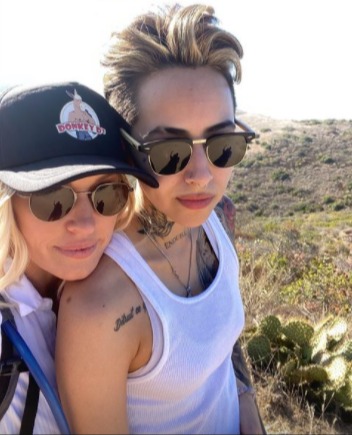 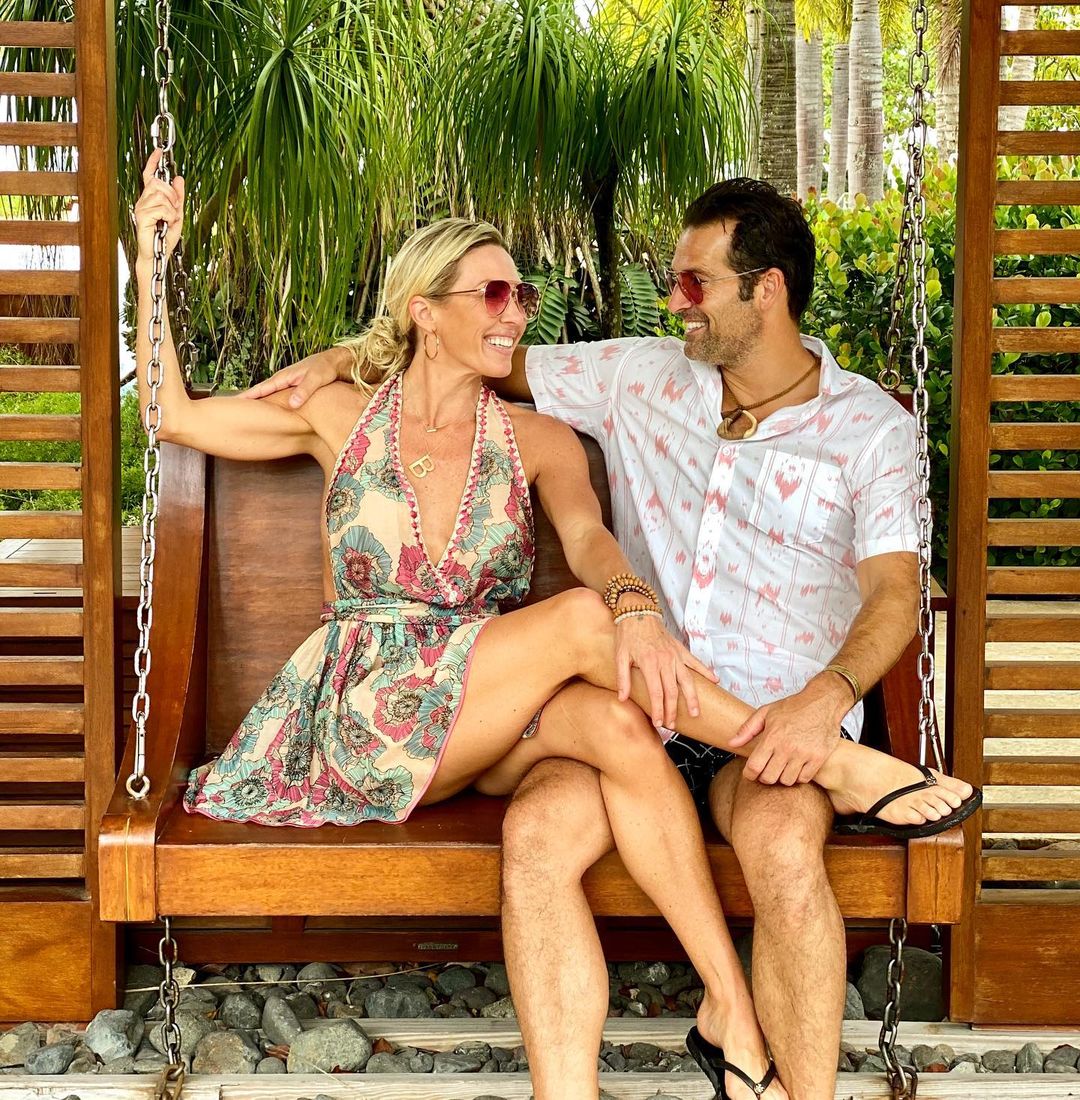 “I don’t drink, I can do it all. I’ve been doing this for 20 years… a piece of advice, find time for you, or you’ll lose yourself.”

In another harsh comment, one of the RHOC personality’s followers said: “You need to get your s**t together woman.

“You’re all over the place! Focus on being a better person, wife and mother and stop with all your craziness.”

Proud of her accomplishments, the California girl defended her parenting and marriage: “I’m an amazing mom married to my best friend….anything else is social media BS, we’re good.” 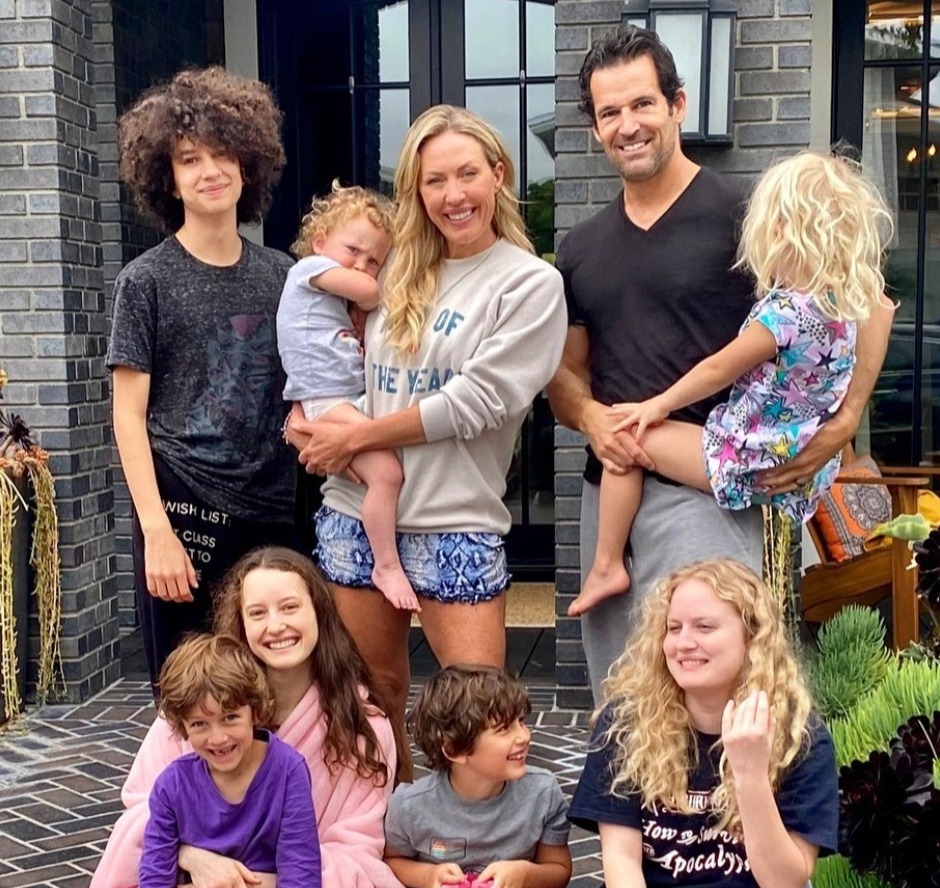 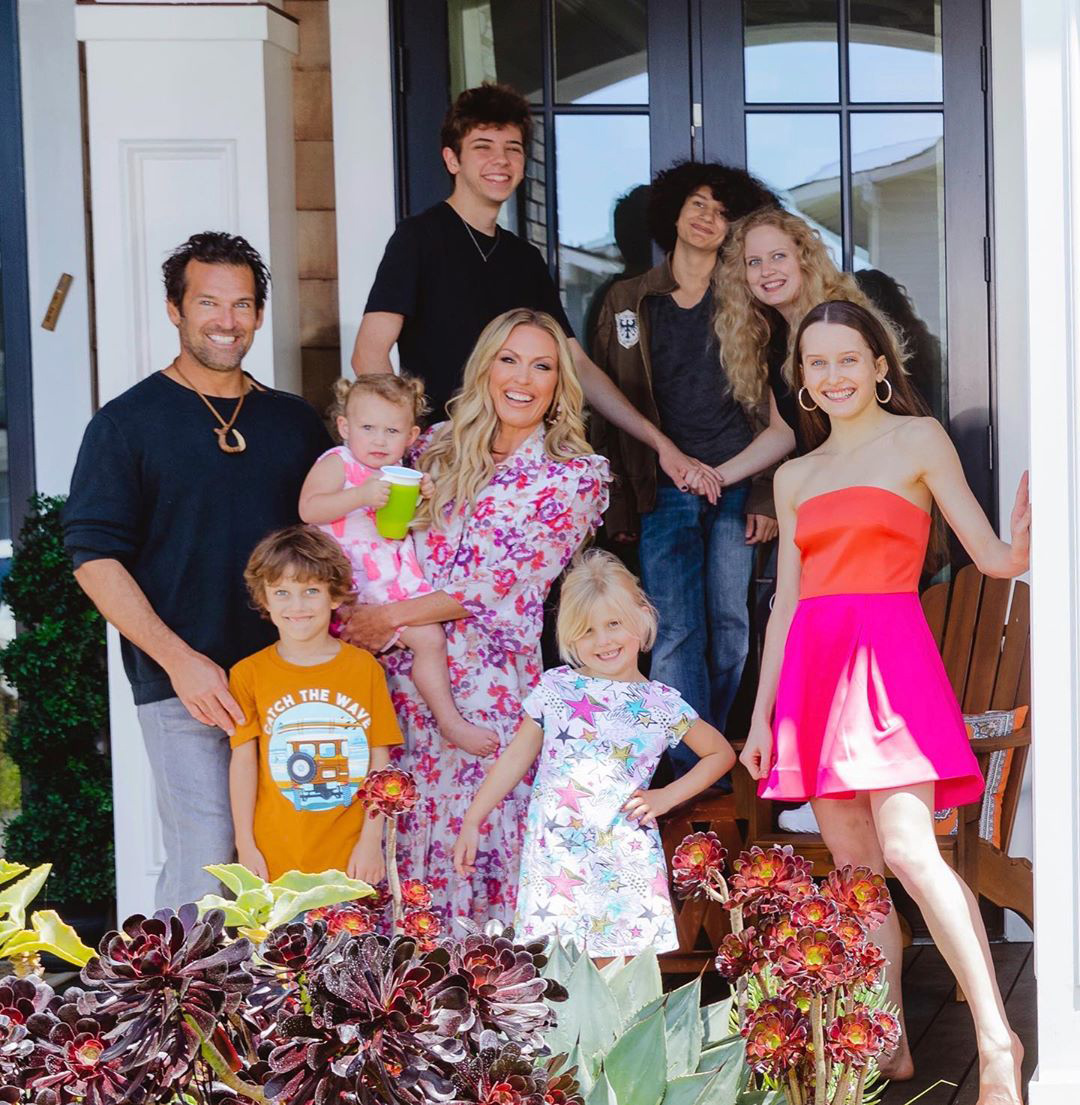 Earlier this month, the reality star revealed she identified as a lesbian during a chat with Anthony Ramos on GLAAD, insisting that she and Sean would stay married.

During the interview the Bravo star said: "It's been something that everyone knows has been coming but I'm now comfortable enough to say that I like women, I'm gay! I'm a member of the LGBTIA+ community. I am a lesbian.

"It has taken me 42 years to say that and I'm so proud of where I am right now and I'm so happy where I am. To be comfortable to be in my own skin is just so nice.” 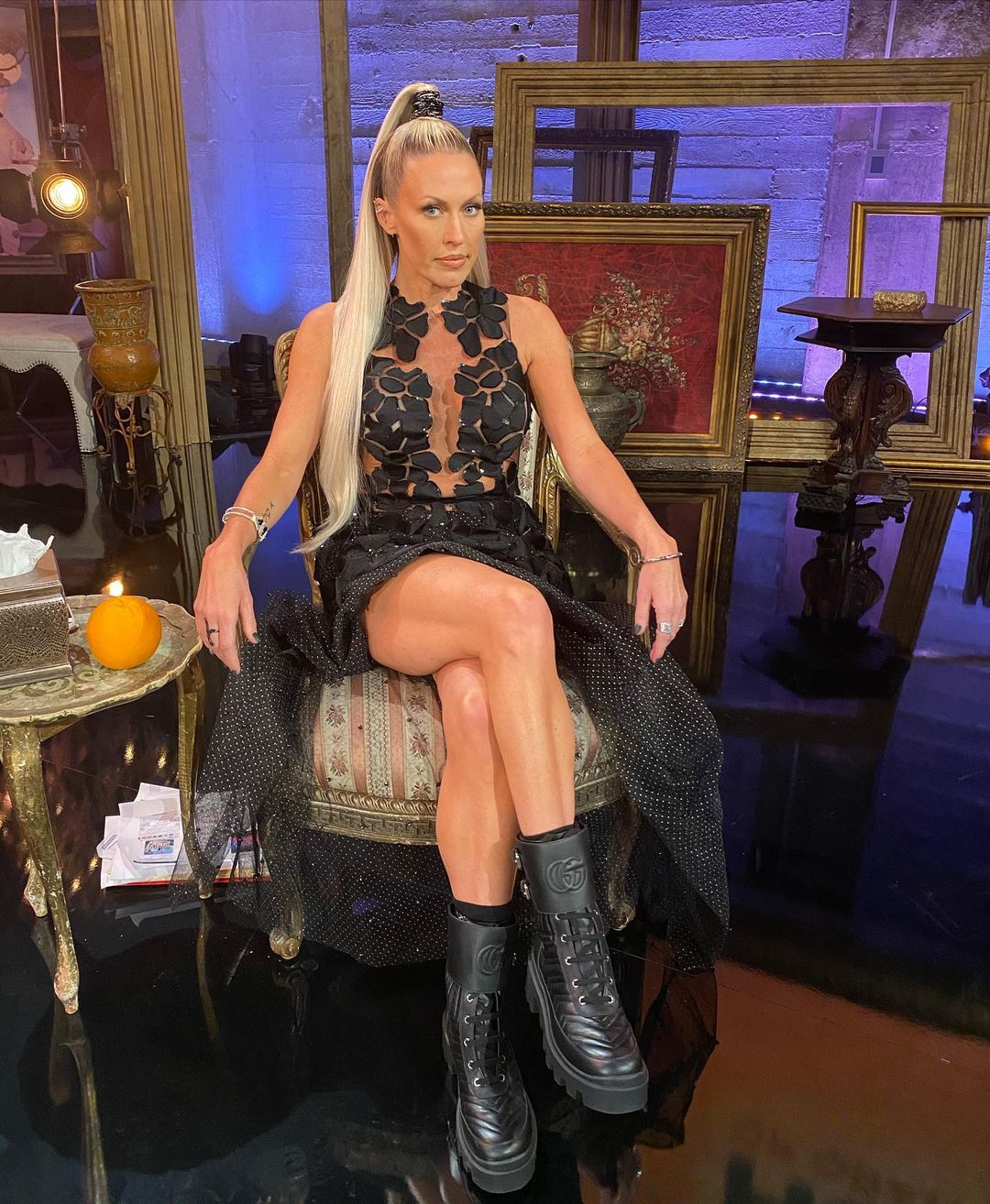 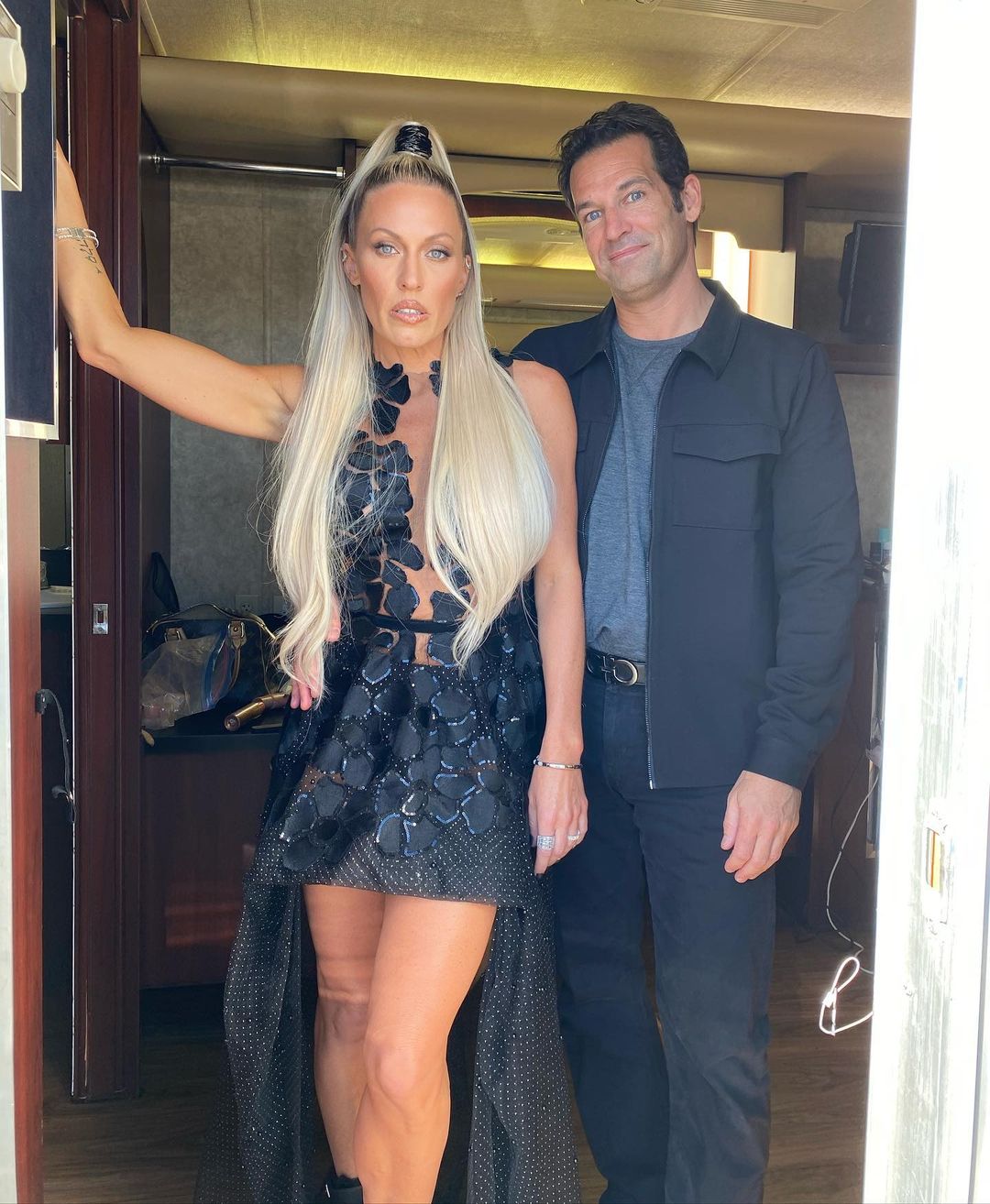 She first shared a picture of her new lady love, Kris, just moments after her GLAAD interview revealed she was gay.

In the weeks since, the couple have been spotted on numerous outings – including a PDA-filled beach stroll.

The lovers were seen sharing the romantic smooch as the sun set over the beach.

Although she continues dating his girlfriend, Braunwyn remains married to her husband and maintains they are “happy” – despite him briefly moving out months ago.