The former Disney star kept a low profile in recent months, taking time to recover from a serious health scare.

Now, Selena Gomez is back on the scene – and looking more radiant than ever.

The 26-year-old paraded up the red carpet at this year’s Cannes Film Festival in two separate white ensembles.

Starting off the night, she arrived in a satin Louis Vuitton two-piece, featuring a tailored brassiere and a quilted floor-length skirt.

With a slit up one side and a chunky belt cinching her waist, the cream get-up put her spectacular curves on full display.

By way of accessories, the singer wore a silver Bvlgari choker necklace and matching diamond rings.

Her brunette locks were swept back off her face in a neat low bun, and she added deviously flicked eyeliner and lashings of red lipstick. 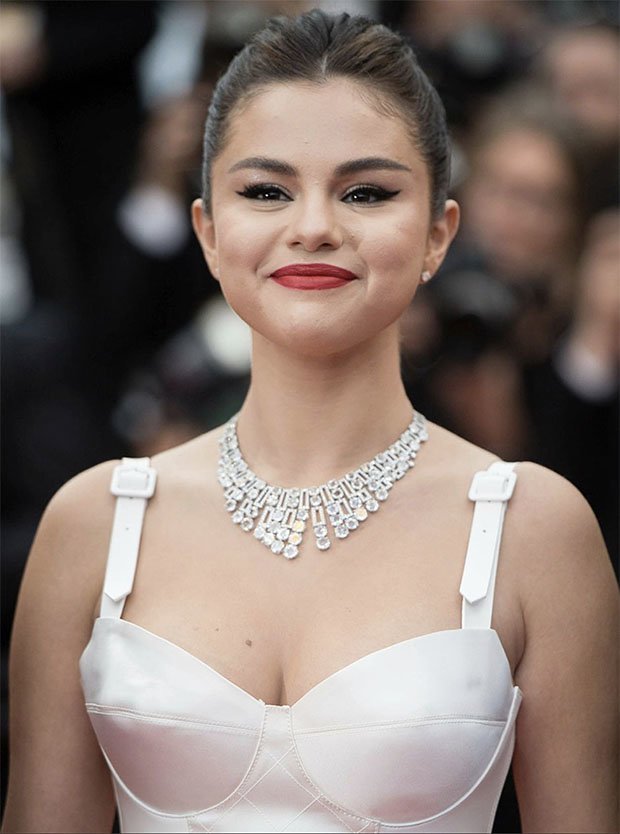 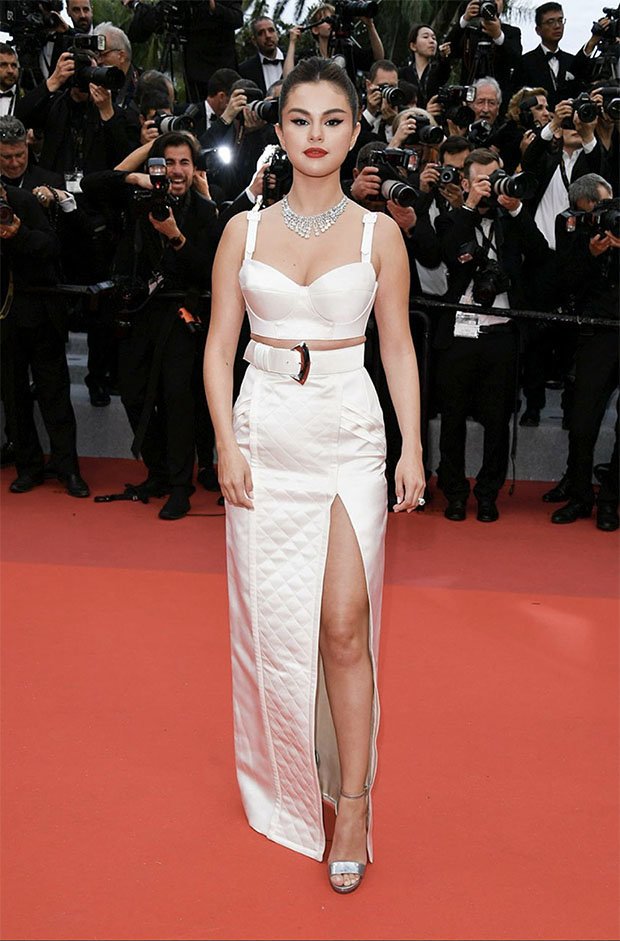 Later on in the night, she switched things up and donned a chic white minidress.

Draping elegantly around her arms, the gown featured a classic strapless neckline.

On Twitter, fans of the pop icon showered her wardrobe choices with praise, delighted to see her back in the spotlight.

One said: “Selena is a goddess! Damn, this Cannes look is everything…” 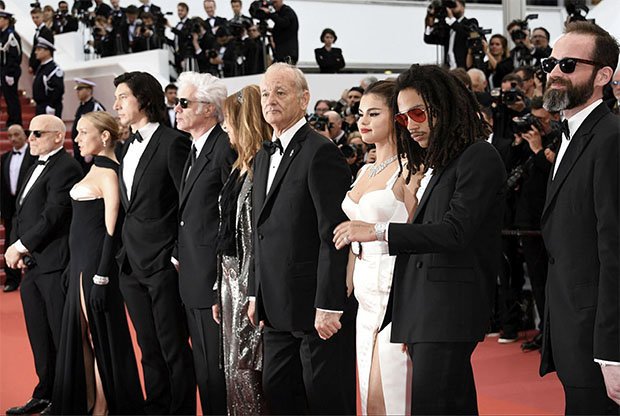 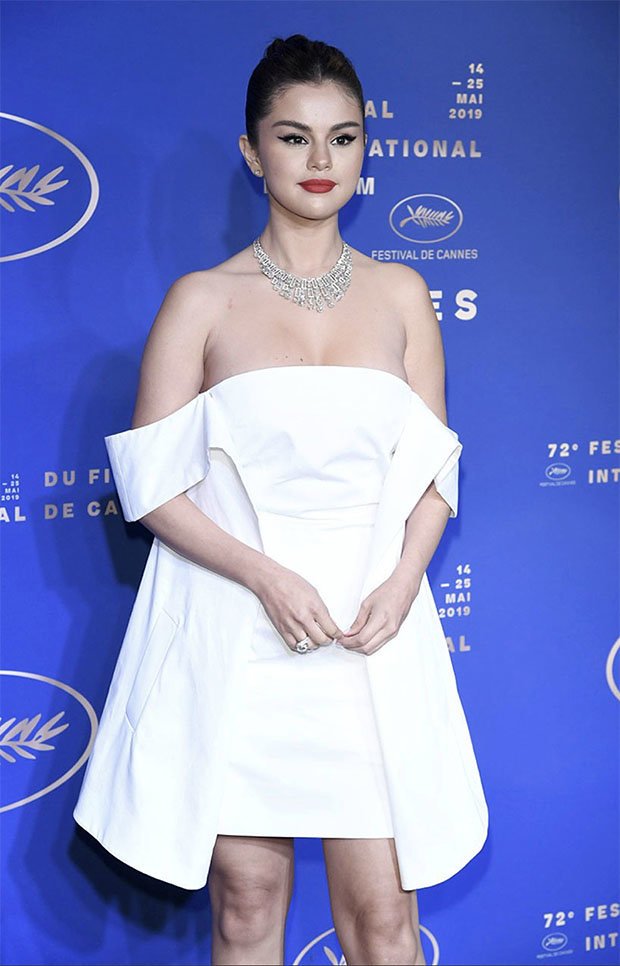 A second added: “She just keeps getting more and more beautiful.”

And a third chipped in: “Selena Gomez was such a knockout on the red carpet at Cannes!

The actress appeared in the film The Dead Don’t Die, directed by Jim Jarmusch, which premiered at the festival on Tuesday night.

A comedy-horror flick, it tells the story of a small US town that has been struck by an invasion of zombies.