BEING a famous face from soapland can open a lot of doors in life, from career opportunities to the best tables at top class restaurants – but it doesn’t stop you falling foul of the law.

Yesterday, former Waterloo Road actor Craig Fitzpatrick, 34, was jailed for 18 months after threatening a family with a machete. 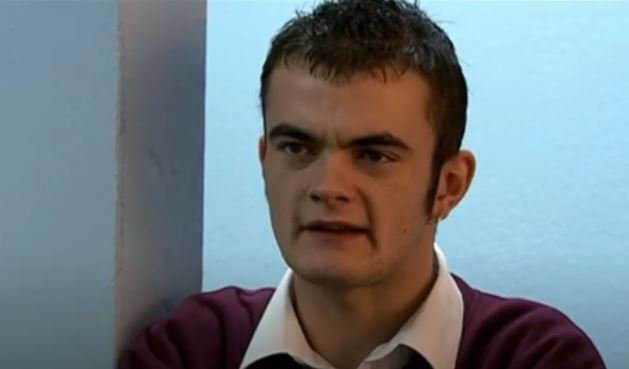 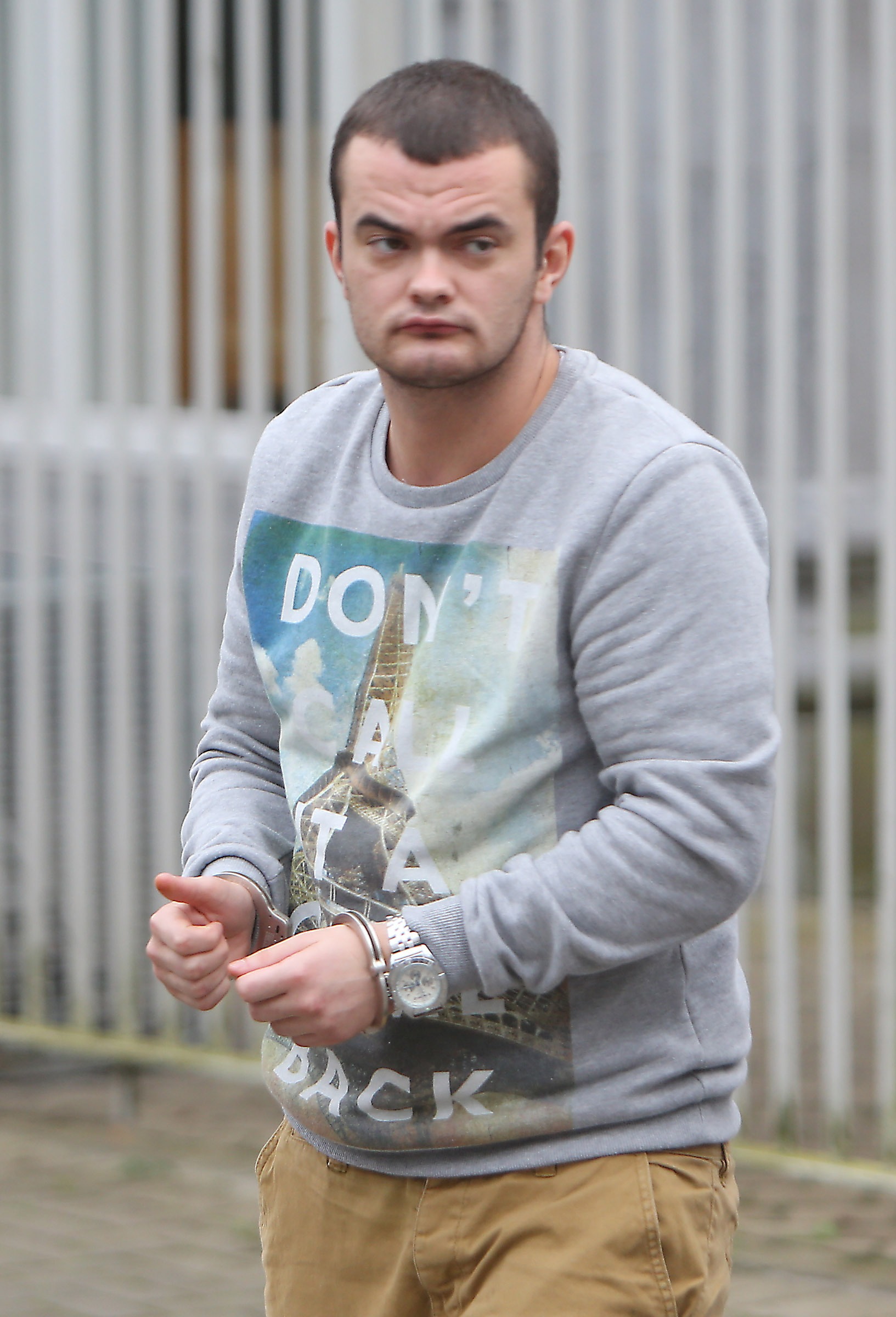 The Oldham actor, who starred as Lewis Seddon in the BBC drama as well as appearing in Shameless, smashed windows at his victims’ property with an 18 inch blade while high on drugs and drink after a “family dispute.”

The female victim said the family feared for their lives after he warned they would be “dead” if he saw them.

But Fitzpatrick isn’t the only soap star who has found themselves being arrested and even jailed after becoming famous – often with career-ending results.

From sex pests to drug dealers, here are the soap stars who went off the rails. 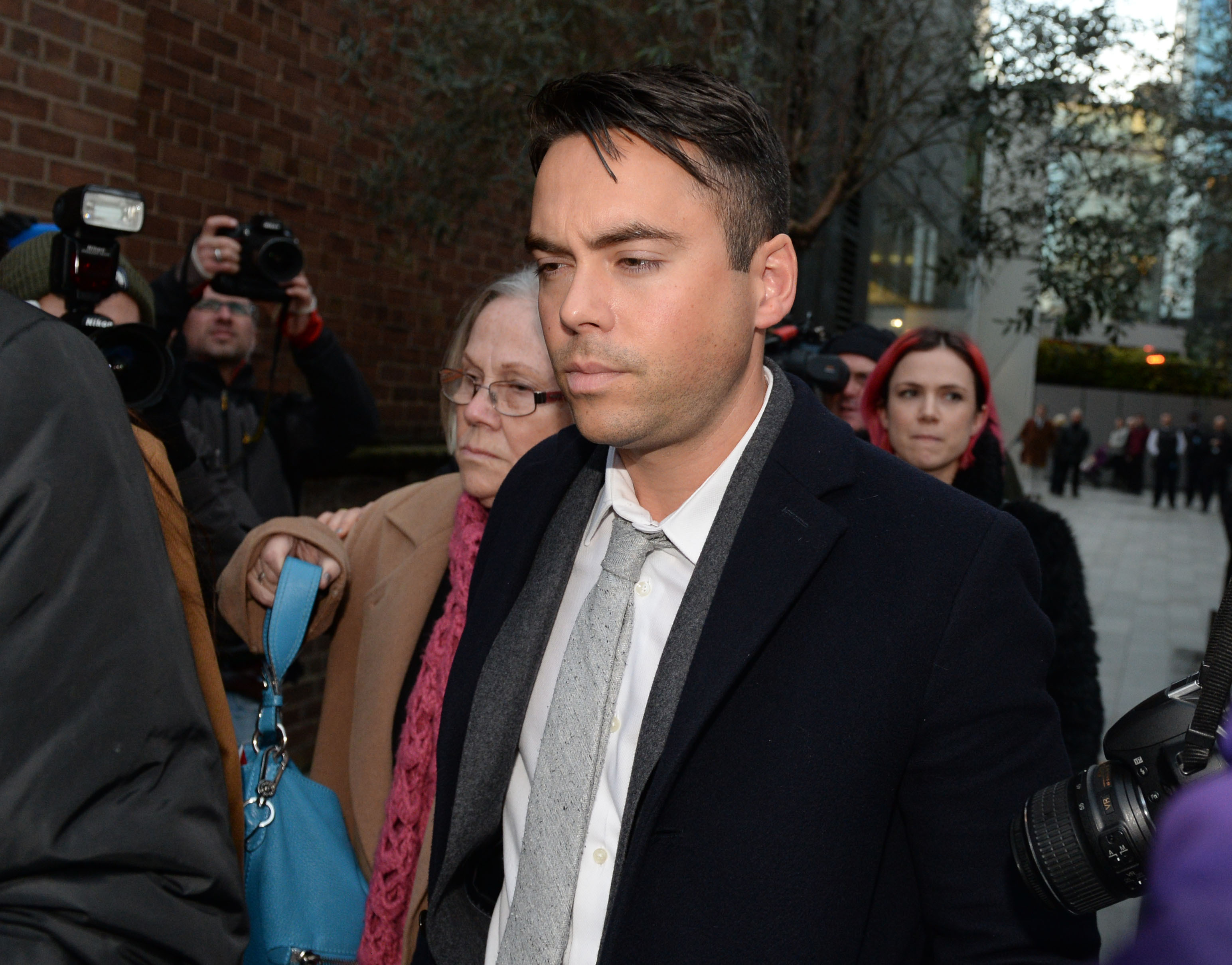 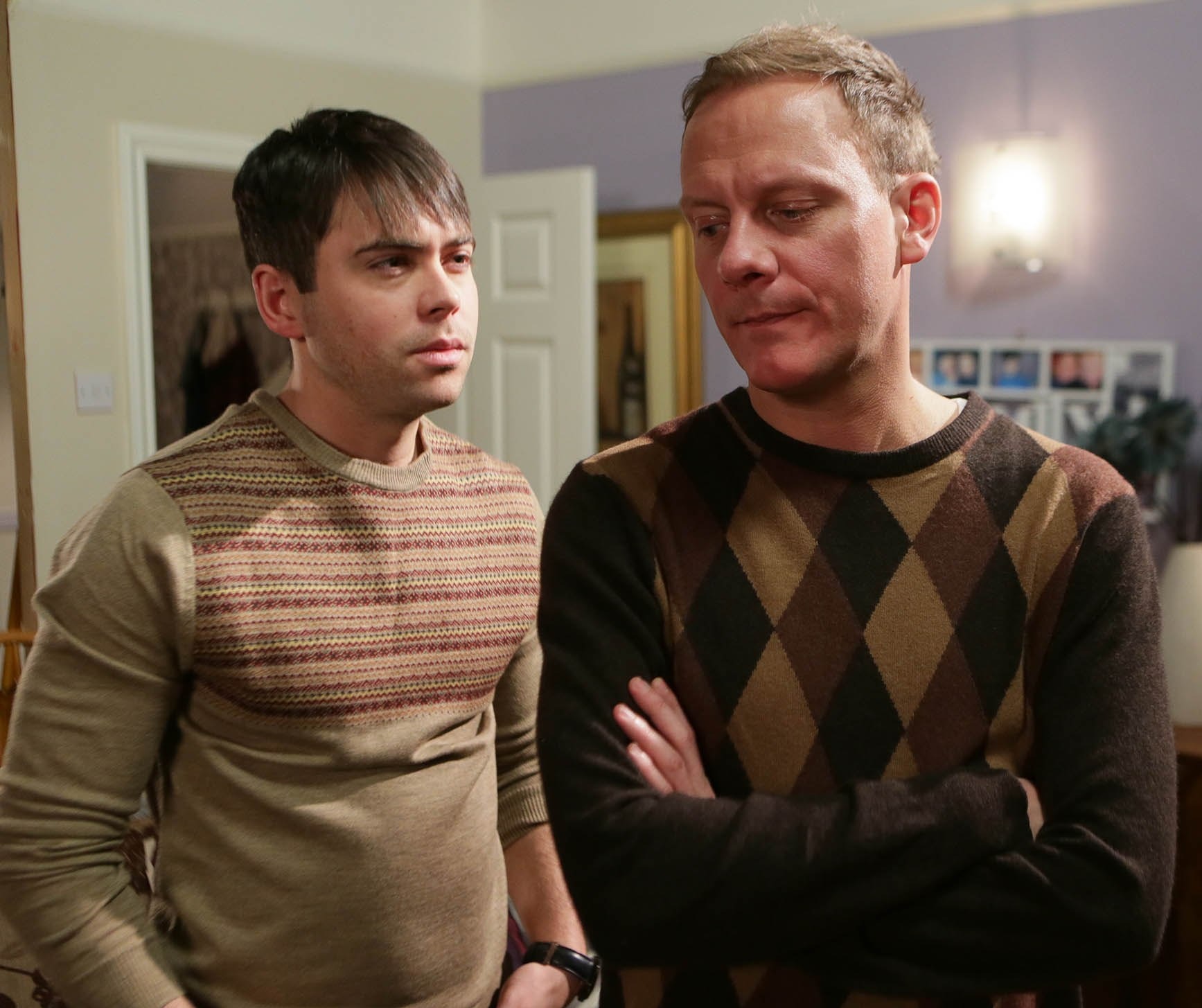 But it all came crashing down in November 2017 when he was dismissed from the show after being accused of sexually assaulting two women in a nightclub.

He was also accused of ‘pursuing’ a 15-year-old girl.

Although he was cleared of any wrongdoing over the alleged ‘sexting’ to the teenager, he pleaded guilty to two charges of sexual assault against the two clubgoers.

He was ordered to pay a £500 fine and a carry out 12-month community order.

Langley, 37, released a statement where he apologised for his "disgraceful behaviour".

He went on to say: "I have absolutely no memory of what happened because of excessive alcohol consumption and it was for this reason that I behaved completely out of character.

"However, I take full responsibility for my actions that night."

He has since been replaced in the soap by actor Gareth Pierce. 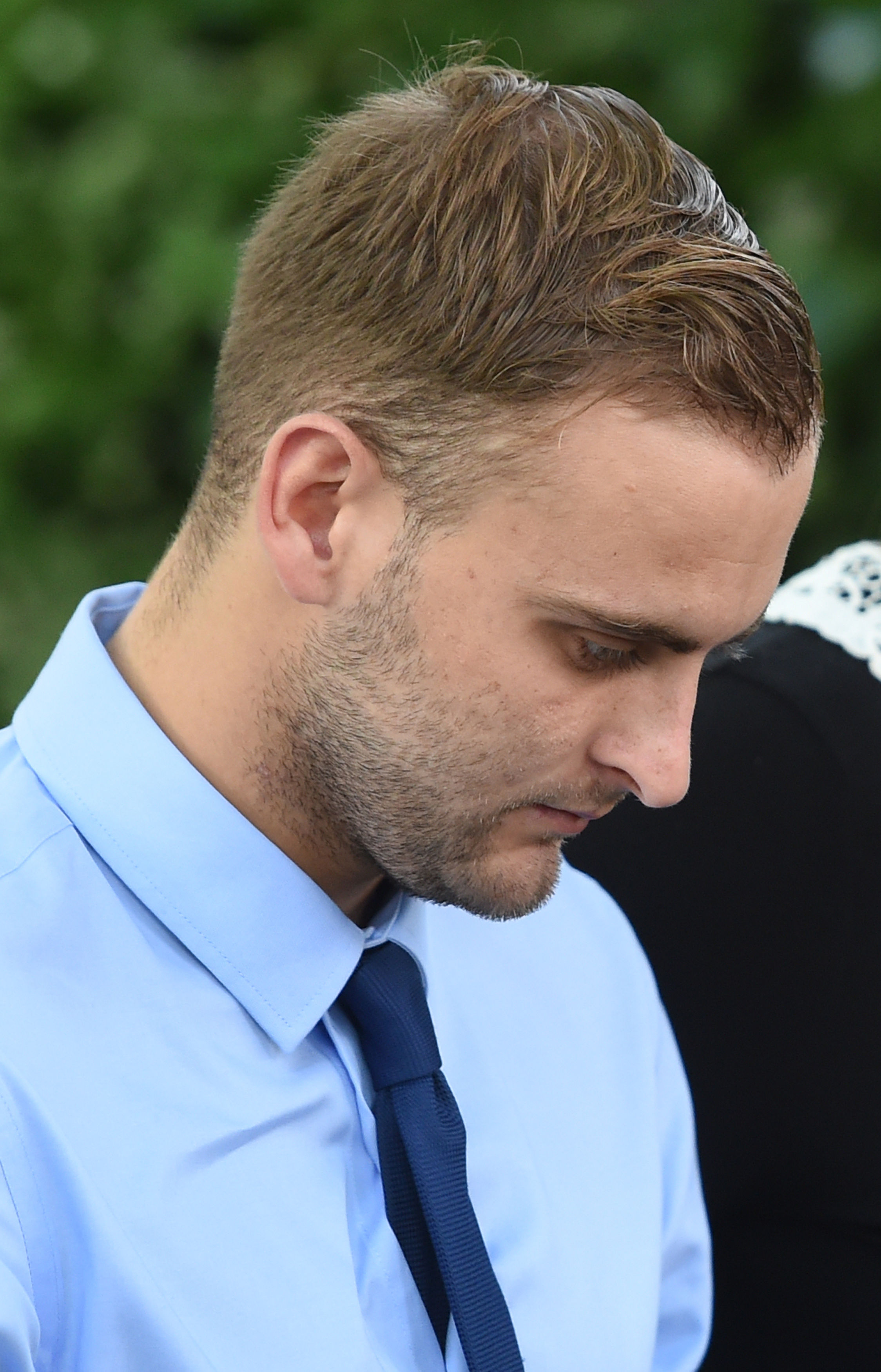 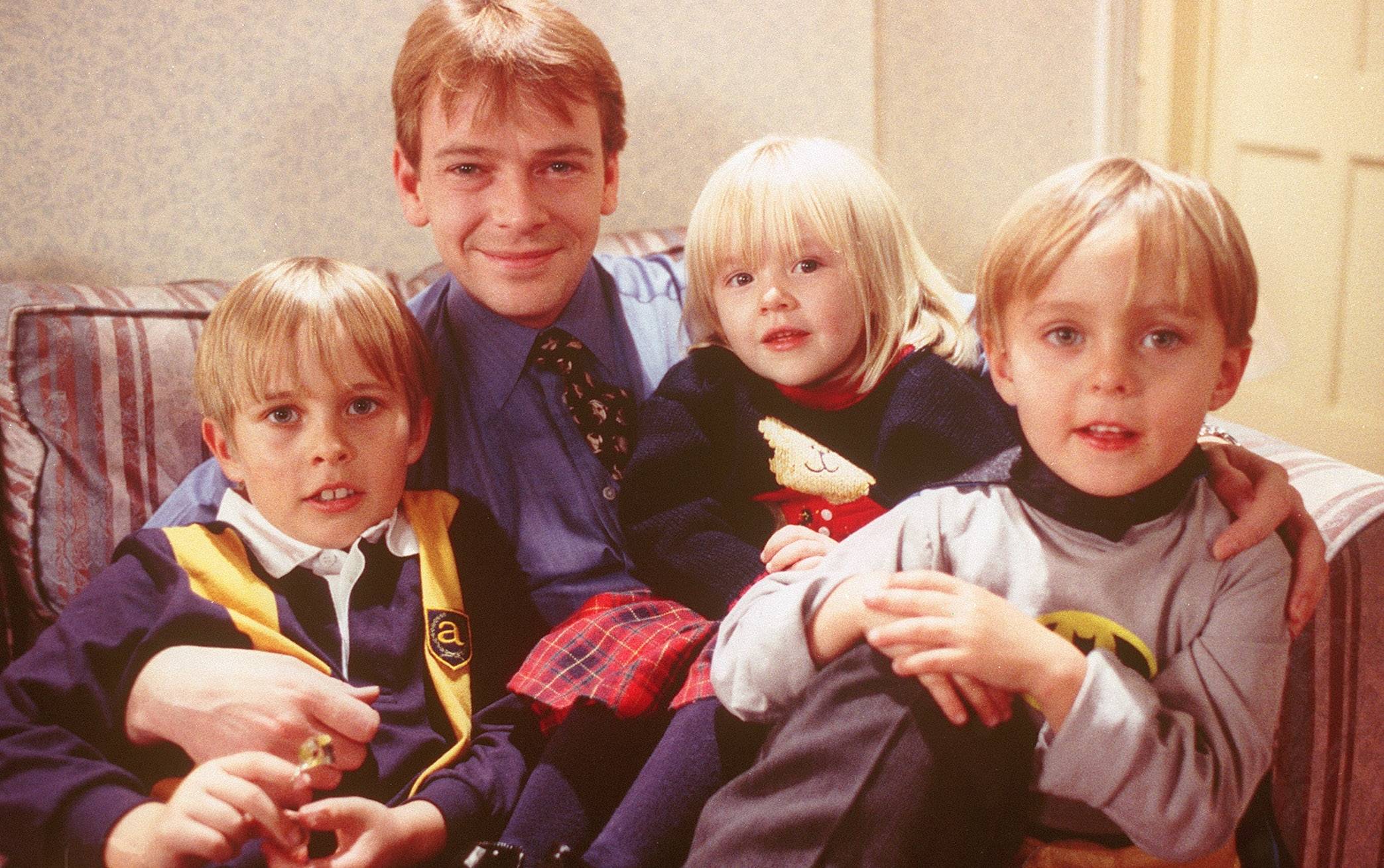 One of the many actors who have played Ian Beale’s son, Peter Beale, over the years, Joseph Shade starred in EastEnders from 1998 to 2004.

But in 2017 he was arrested for sexual assaults on three girls between the ages of 14 and 17.

The remaining five counts were ordered to lie on file.

The court heard that Shade had a troubled childhood and has committed the offences while working as a youth worker, between 2012 and 2015, which brought him into contact with vulnerable teenagers.

Shade, then 24, was handed an 18-month sentence suspended for 24 months, a sexual harm prevention order for five years and 150 hours of unpaid work.

He now lives with his girlfriend in Nottingham. 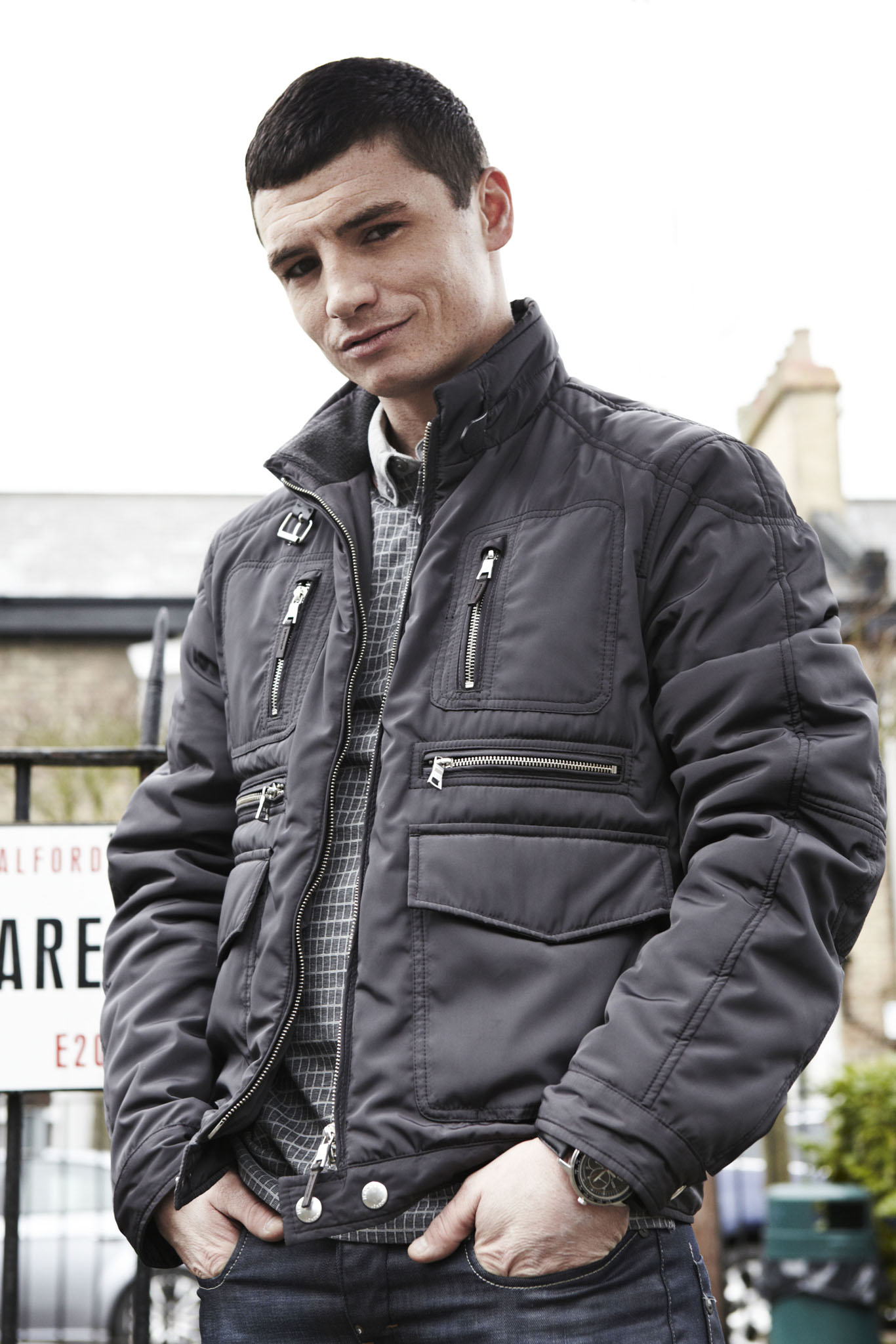 But the same year, he was arrested for growing cannabis at his girlfriend’s house in Stackstead Lancashire.

The actor, 29, wept as the judge told him he would be spared jail, with a 12-month sentence suspended for two years.

In 2016 he was also accused of harassing a contestant on The Apprentice but was later cleared. 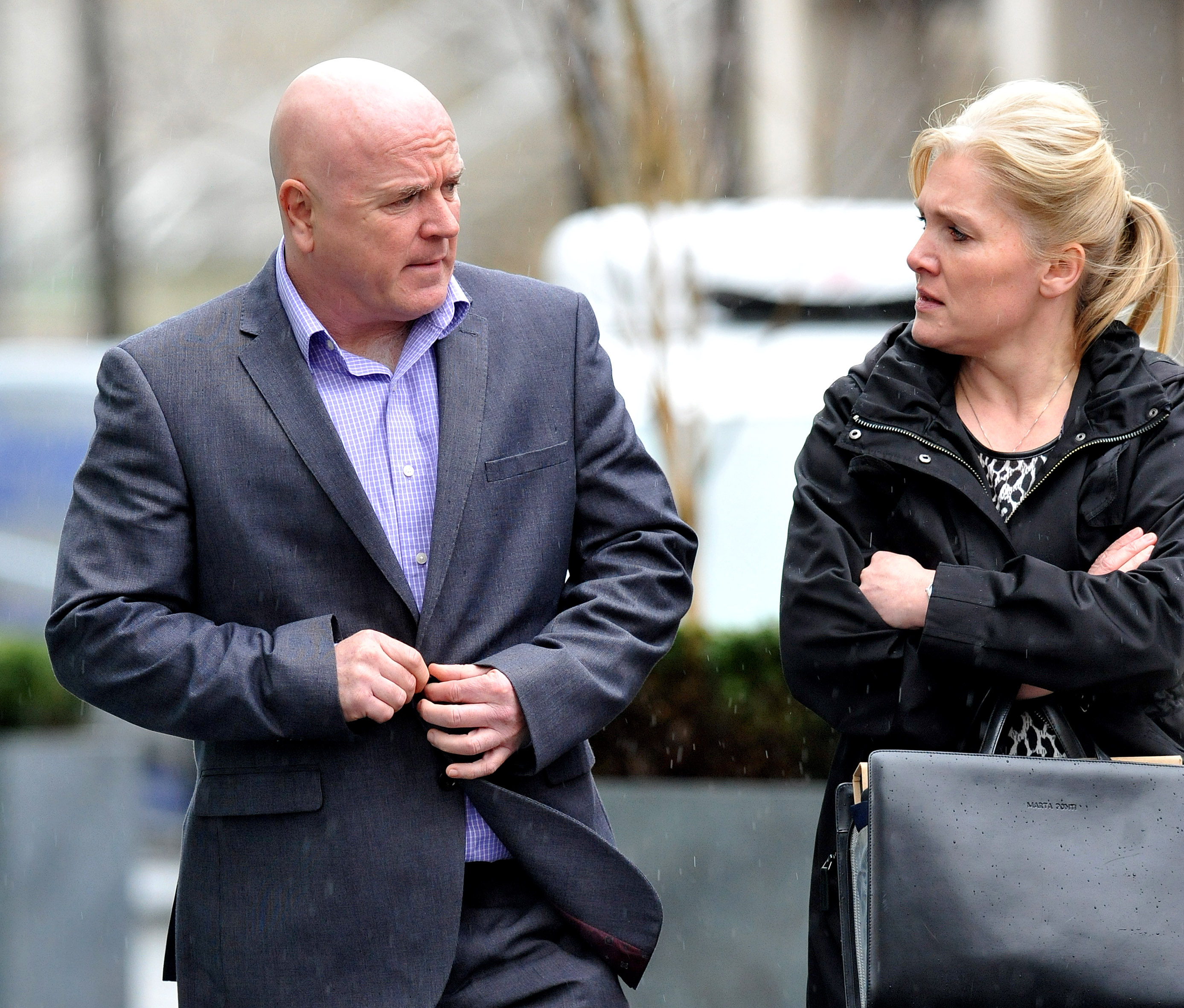 In 1998, the character caused the death of popular street resident Des Barnes, played by Philip Middlemiss, who was attacked by a group of thugs after coming to the rescue of stepson Tony.

But after leaving the soap, Hargreaves became a real life drug dealer and in 2012, he was arrested after police found 3kg of high-grade cannabis during a raid on his family home in Salford.

They also found £38,000 of 'dirty money' stuffed into Tesco carrier bags, shoe boxes and drawers at the house, which Hargreaves, then 48, shared with ex-wife Samantha and their five children.

He was jailed for four and a half years. 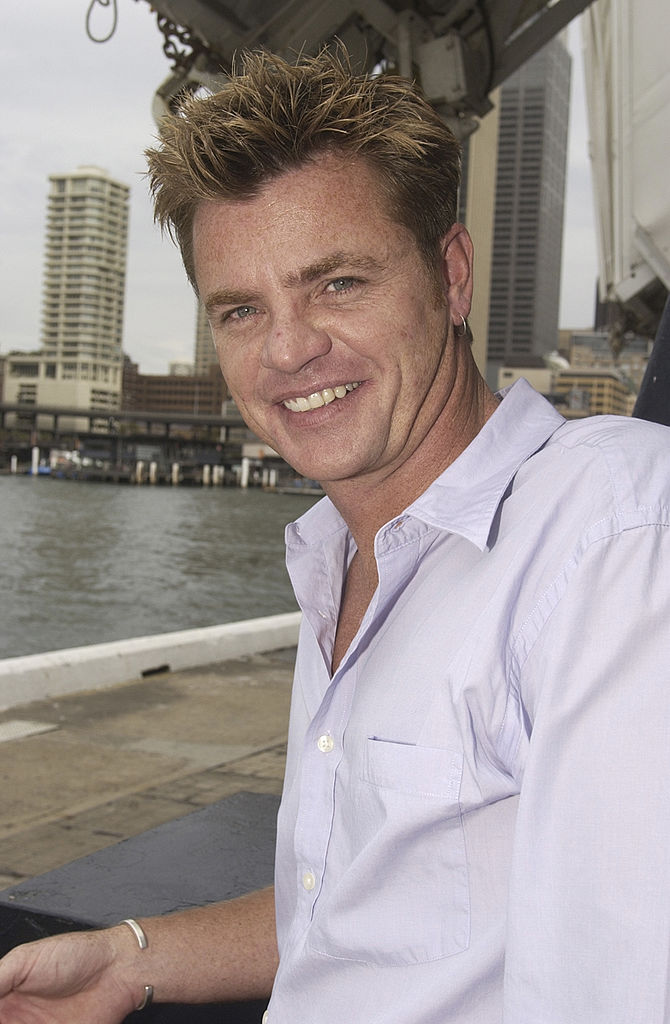 Former Home and Away actor Martin Lynes, who played Adam Sharpe, was accused of rape and sexual assault in 2017.

The star, then 50, was charged with three attacks on the same woman, between 2015 and 2016, and the court heard he grabbed her by both breasts and threw her to the floor before biting her on the nose and sexually assaulting her.

The 50-year-old actor faced three charges of serious sexual assault but was cleared of actual bodily harm and having sexual intercourse without consent.

However, he was jailed for five years for aggravated sexual assault by a Sydney court.

Driving under the influence 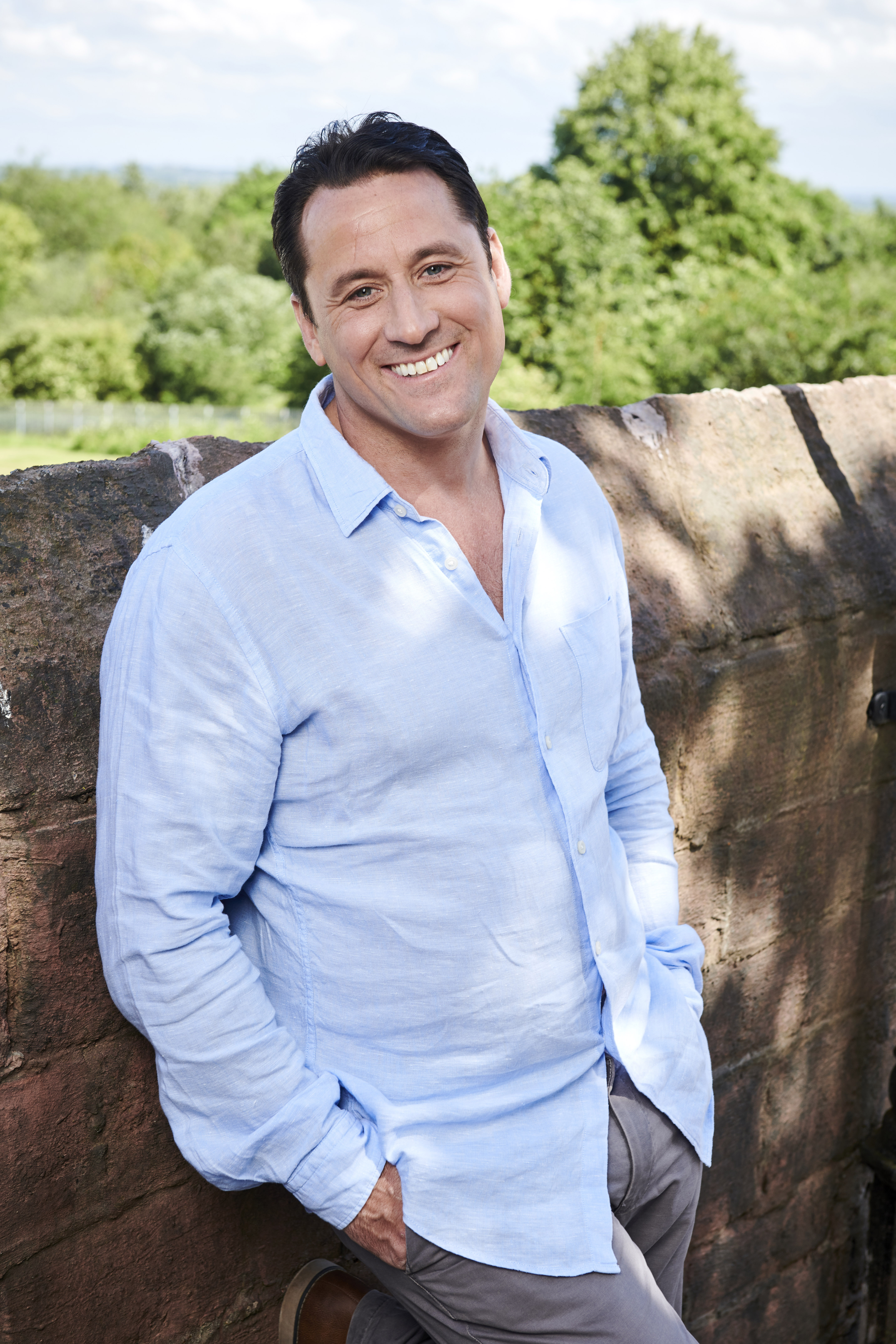 The 45-year-old actor – who has played Tony Hutchinson since the soap began in 1995 – was stopped by police and a blood test found that he was over the legal alcohol limit by 14 milligrams.

At the time his solicitor told the court: "He wishes to express his remorse and regret, and he acknowledges he made a grave error in judgement.

"He had consumed alcohol earlier that day. He thought the alcohol had gone from his system and he apologises." 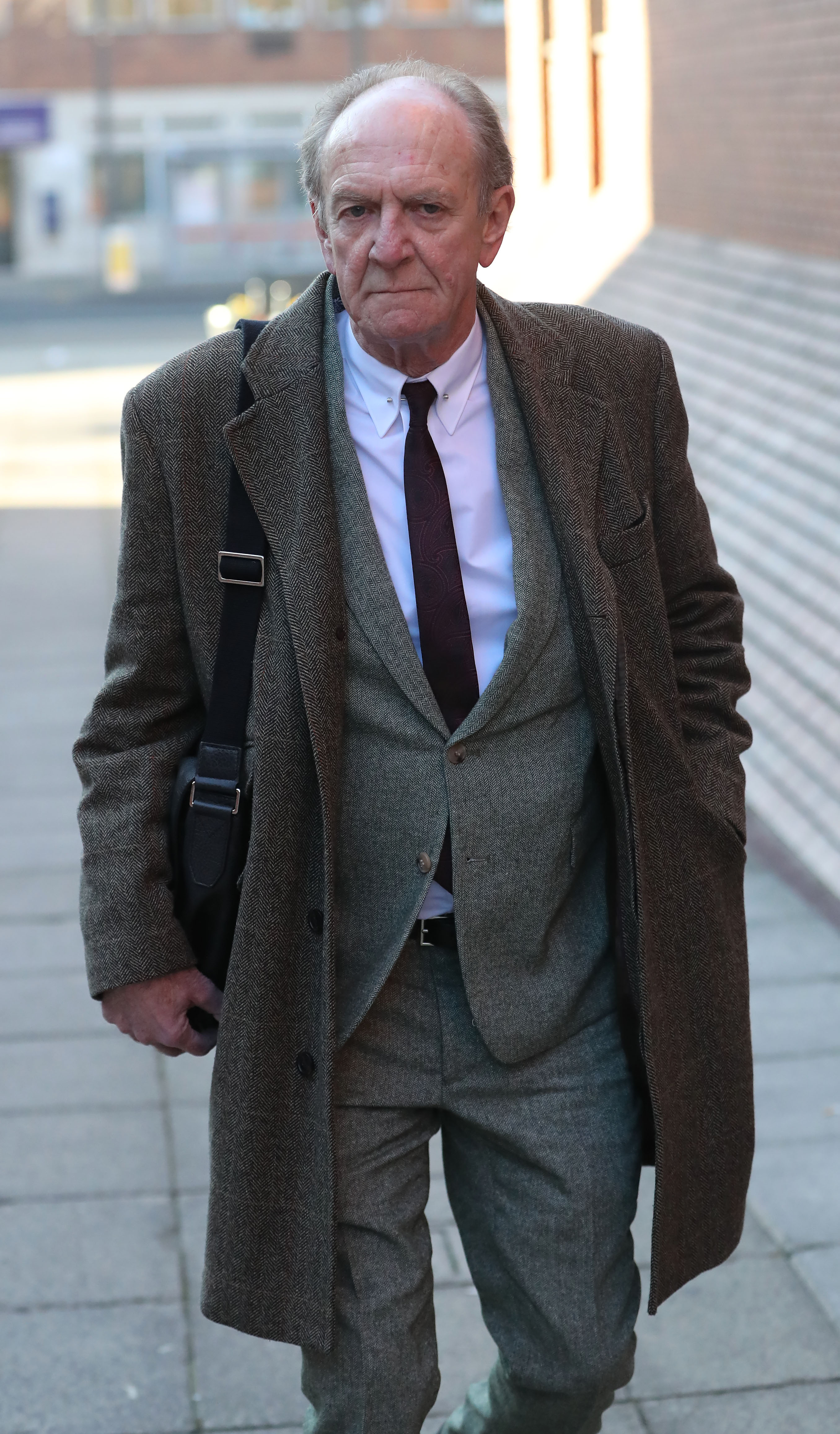 Although not in front of the camera, director Tim Dowd had an illustrious career on the soaps, working Emmerdale and Casualty before moving to Coronation Street, where he worked for 24 years.

But on 2018, the soap’s cast and crew were shocked when he was arrested for child grooming offences after a sting in which a police officer posed online as a 13-year-old girl.

During chats, he had asked for indecent photographs and tried to get the ‘girl’ to engage in phone sex.

The officer involved told the court the ‘teenager’ had told Dowd she was 13, to which he replied he ‘didn’t have a problem with’ that.

The 66-year-old was found guilty in March 2019 on four counts of trying to incite a child into sexual activity but was spared jail.

He was given a two year community order and instructed to pay prosecution costs of £1500. He will also have to sign the sex offender’s register for five years and has a sexual harm prevention order against him.