Spoilers: Cain finally steps up in Emmerdale as Faith braces for bad news 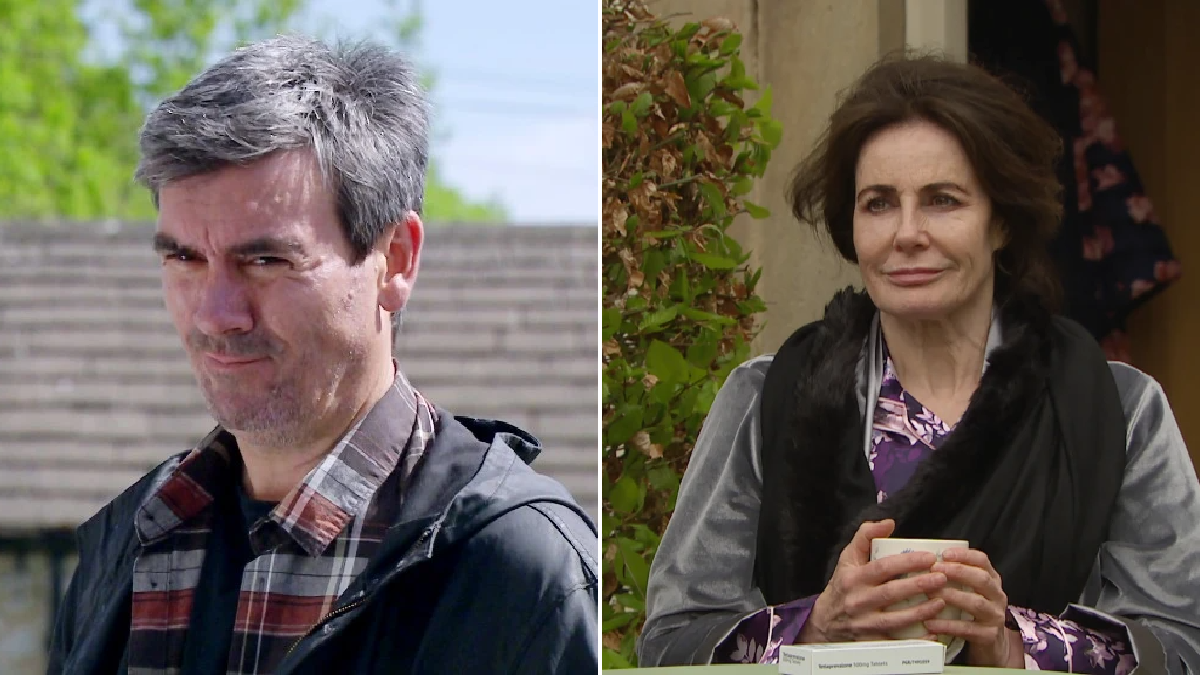 We already know that Cain (Jeff Hordley) is the apple of Faith (Sally Dexter)’s eye on Emmerdale, but poignant scenes in tonight’s episode highlighted just how much she means to him.

While Chas (Lucy Pargeter) is the one who’s been taking care of her mum, going with her to appointments and being there for her, all it took was for Cain to appear and Faith was happy to brush Chas aside.

It looked like Chas had been about to confess her fling with Al Chapman (Michael Wildman) to her mum, as she started to say, ‘What if I had gone of the rails?’ But at that moment Cain appeared with a card for her made by his son Isaac (Bobby Dunsmoir). Faith was delighted. ‘You made my day,’ she told her son, as Chas seethed quietly in the background.

Faith looked thrilled as Cain sat down with her in the Woolpack – without anyone even telling him to. A watching Charity (Emma Atkins) and Chas were not impressed by Cain’s new show of filial devotion, but Chas observed that ‘Whatever he does will always be enough for her.’

Later, Charity described the scene to Moira (Natalie J. Robb). It hadn’t been a real conversation between Cain and his mum, she said. ‘She talks, he nods and we go round in a little loop.’

But it was enough for Faith, for now. ‘I never tell him how proud I am,’ she told Chas, who couldn’t resist getting a dig in against her brother. ‘It was almost like he was in a hostage situation,’ she said, describing Cain’s discomfort as he had to act nice for a change.

As Charity observed, ‘Time is running out’ for Cain to make proper amends with his mum and for them to heal their long-standing rift. The clock just might be ticking a little faster now, as Faith got a call from her oncologist asking her to come in to discuss her latest test results.

Chas tried to put an optimistic spin on the call for Faith’s benefit, and after Faith had left the room Charity did the same with Chas. ‘Could be positive,’ she said.

And how will Cain react if the news is bad? Is he ready to finally live up to Faith’s image of him as the ideal loving son?