Stick to my day job! The Yorkshire Vets Peter Wright red-faced after blunder

The Yorkshire Vet’s Peter Wright was thrilled to be able to watch farm manager Richard Bartle judge one of the events at this year’s Great Yorkshire Show. Making his way into the ring to get a closer look at the bulls for himself, Peter thought he knew which ones would take the top spot.

During Thursday night’s instalment of The Great Yorkshire show, viewers got to see Peter Wright get involved with some of the activities.

Meeting up with Peter Wright ahead of the bull judging, he told the farm manager how excited he was to be there.

He said: I’m not helping judge but I’m watching a master at work judging these cattle!”

Peter then asked what specific things he was looking out for to try and get some tips himself. 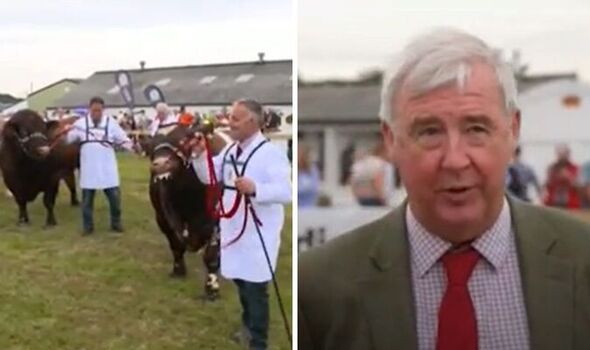 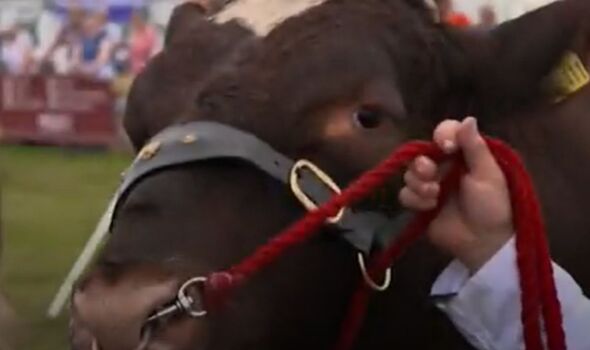 The farm manager replied: “I’ll be looking for width throughout the body, a lovely top line, nice tail setting and that extra bit of class that’ll win the show.

“When they come in the ring they’ve got to own the ring!”

It was then time for the judging to start with Peter and Richard getting to work.

Peter then had a go at inspecting some of the bulls himself after the advice Richard had given him prior. 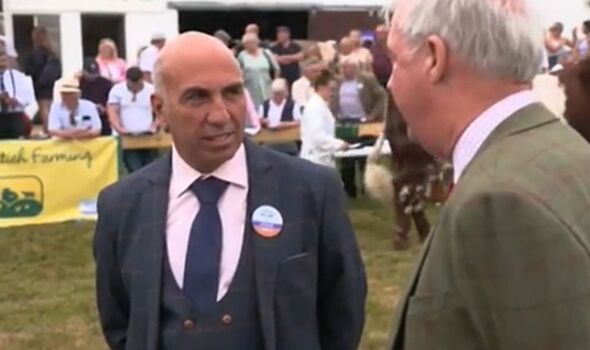 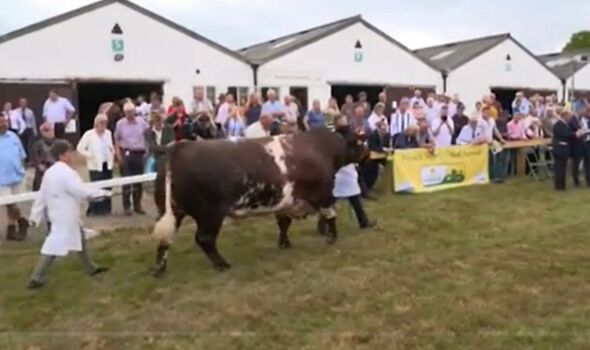 Speaking to the camera, the Yorkshire vet said: “This job isn’t as easy as it looks.”

Bulls number five and seven had caught Peter’s eye and he thought the two animals would score highly with the judges.

However, neither of his options were chosen to win a rosette.

Talking to Richard after he said: “What you had at the bottom end, I had at the top.”

After the event, Channel 5 presenter Jules Hudson, spoke to Peter to find out how he felt during the event.

He said: “I must admit, being in there with the judge, I was nervous actually.”

Jules asked the Yorkshire vet why he has a passion for Shorthorn’s with Peter saying they’re good all-rounders.

He said: “They’re lovely characters and they’ve just got everything really. They’re healthy as well.

Jules asked: “Did you learn anything today from judging as to what they’re really looking for?”

Peter replied: “I learnt a lot, Jules, really, I learnt I should stick to the day job!”

“It was very difficult, I don’t think three was much between first and ninth, to be honest. This is the agricultural show of the year throughout the UK there’s no doubt about that.

“The competition here is very very stiff and means an awful lot to these people. There are people from all over the world here today to look at these Shorthorn.”

Despite not having on-point judging skills, Peter said he would do it all again.

The Great Yorkshire Show 2022 is available to watch on My5.