'The Bachelor': Fans Are Freaking Out Over Peter Weber Grabbing Victoria Paul's Thigh There is no question that Weber is starting to develop strong feelings for most of the women competing for his heart.

While The Bachelor‘s new leading man has definitely gotten in tune with the relationship dynamic he has with a few of the ladies, there are some contestants we can clearly see he’s sexually attracted to. 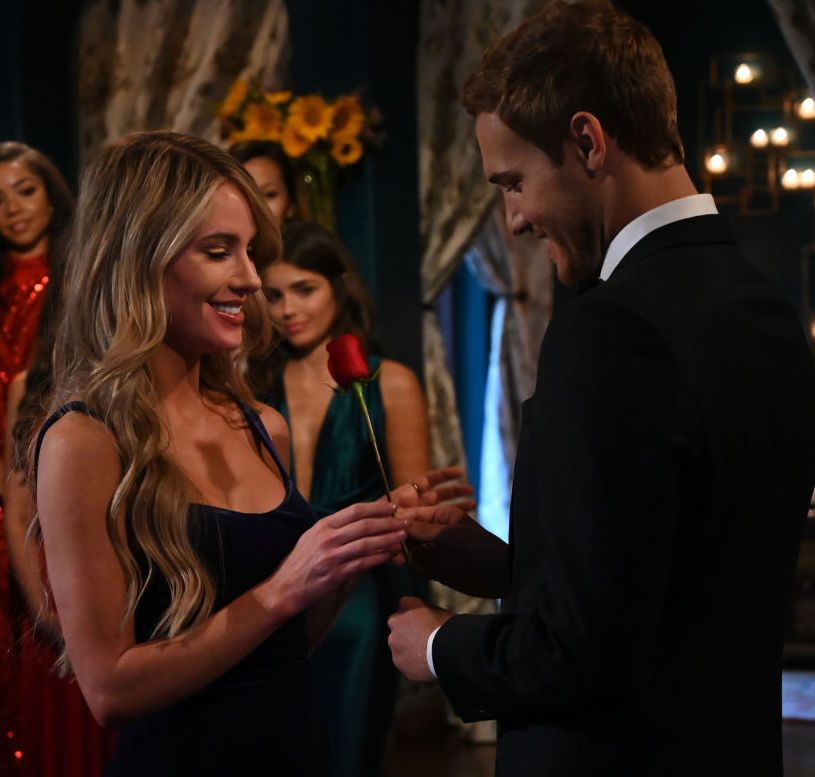 Though Weber has already experienced some pretty intimate moments with a handful of the women, his latest one-on-one date has fans now questioning his dating methods.

Weber might be known as a sweet and respectable gentleman, but even he can’t help but act on the attraction he has for beautiful women.

For the past weeks, fans have watched as Weber’s gotten to know many of the Season 24 contestants on a more personal level.

As many fans can attest to, there have been a handful of intimate moments that have happened between the Delta pilot and some of the ladies so far.

However, his latest one-on-one date with contestant Victoria P. was one that raised eyebrows, especially since many could feel the sexual tension coming off in waves through their televisions.

The moment in question happened during this week’s episode of The Bachelor when Weber attempted to help the Louisiana native into a small airplane for their intimate one-on-one date.

As Victoria made her way into the aircraft, fans noticed the very excited Bachelor place his hand EXTREMELY high up on her inner thigh as he gave her a boost.

Viewers couldn’t believe that this scandalous moment was happening right before their eyes and quickly took to Twitter to share their thoughts.

“That was a real high thigh grab Peter,” one fan tweeted.

“WHO HELPS SOMEONE UP LIKE THAT???? HAND PLACEMENT IN INNER THIGH??” someone else questioned.

While most were taken aback by this risqué move, others were actually disgusted by Weber’s inappropriate hand placement.

“Did peter just put his hands in beteeen Victoria’s legs?? Eww. If it’s our first date don’t touch me there. Thank you,” another fan wrote.

While Weber and Victoria P.’s risqué moment was completely unexpected, this definitely won’t be the last time we see the Delta Air Line pilot experience an intimate moment with a contestant this season.

Thanks to that jaw-dropping promo video, we already know that Weber will hook up with one lucky lady later down the line.

In the thrilling trailer, fans watched as Weber gets wrapped in a passionate embrace with one of the contestants behind a glass door, which closely resembles a shower.

There’s also a clip of Weber engaged in a heated make-out session with another contestant on a makeshift bed.

While it’s unclear at this time who the women he gets hot and bothered with are, Weber does admit during the promo that he was intimate with at least one of the Season 24 contestants during his time on the competition series.

“I don’t want this to feel like it’s all about sex, but I have been intimate. I can’t lie to you about that,” the pilot says in one clip.

While it’s really anyone’s guess at this time who he ends up getting intimate with, we can already tell that Weber’s bringing the heat this season.

Just from his scandalous scene with Victoria P. and the steamy moments he’s already had with other contestants, we definitely have a lot to look forward to in the upcoming weeks.