The Grand Tour: Richard Hammond says another special is coming

The Grand Tour returned with a bang in December 2020 as Jeremy Clarkson, Richard Hammond and James May took to the roads in Madagascar for the all-new special, A Massive Hunt. The latest instalment took a staggering 12 months to drop on Amazon Prime Video after the coronavirus pandemic threw countless spanners in the works of the show, but the good news is another special is already in the pipeline filmed in Scotland. And it promises to be worth the wait – however long that may be this time around – as Richard teased he and his co-stars were back “on form”.

It was Jeremy who confirmed late last year that he, Richard and James had headed north to film the next The Grand Tour special, taking to the roads in Scotland.

Taking to his Instagram page, the Who Wants to Be a Millionaire host revealed he and his pals had wrapped up filming in a smiley selfie – with strict Covid guidelines in place throughout filming.

Richard did go on to tease what’s in store, however, promising fans the trio were in fine form. 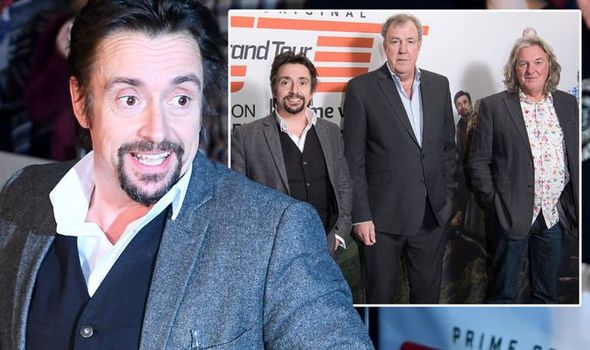 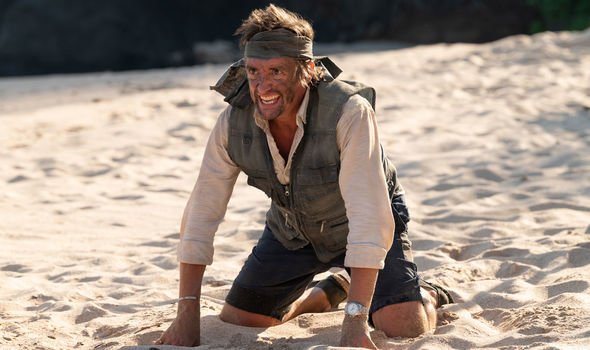 “That will be announced when it’s announced. It was great,” he continued.

“It was really good. And we were properly back on form.

“It really was us, three idiots, doing what we do. It felt great, really enjoyable shoot. So I think that’s gonna be a tremendous show.”

Filming and production in Scotland came after coronavirus guidelines rendered it almost impossible to shoot abroad as so many previous specials had been. 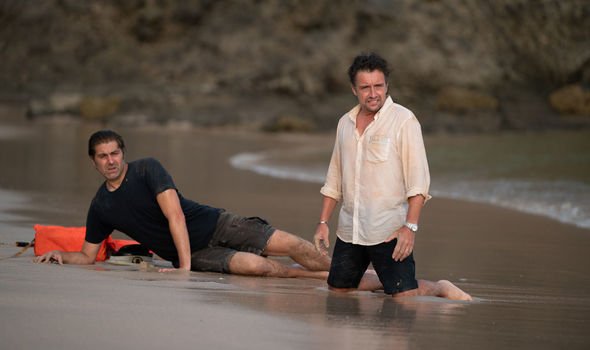 “There were various plans to be in various places,” Richard explained. “There always are.

“But we had to pull everything, obviously, but then we wanted to get something done just to give people what we do.

“And we’ll try and do the same this year,” he concluded – hinting at another special in the works.

But before fans will be able to see the former Top Gear trio behind the wheel again, they’ll get to see Richard and Mythbusters legend Tory Belecci get to grips with life on a deserted island.

The two have teamed up for new Amazon original series The Great Escapists, a pop-science project somewhat reminiscent of Richard’s days on Brainiac.

“And I did a show called Brainiac 100 years ago, I love that show, and I really wanted to recapture that sense of you’ve got to be silly and have a laugh but it’s got to be scientifically rigorous at heart to work.

“The only other show that I knew that done that was Mythbusters that Tory was on, so through a mutual friend in LA, a showrunner, I reached out through him to Tory and he put us in touch and we got on.”

He continued: “Then it was a case of finding a show to present together. So we knew we wanted a circumstance in which we’d both be able to use science and engineering to build stuff to make our lives better.

“And then we thought ‘hang on, if we were to be shipwrecked on a desert island, but then find the ship to build stuff out of, we could build all manner of stuff.’ And then we thought ‘well, let’s take a step even further and make it that sort of hybridised with drama.’”

Richard did joke fans would have to buy into the premise somewhat: “We are craving people’s indulgence, don’t get me wrong. We are saying ‘Please come with us, we’re being a bit silly, but come and have a laugh,’ and hopefully it’s a bit of an escape.

“So it is a bit fictionalised. The science is rigorous, the engineering is rigorous. But the storyline we built-in because every build is then motivated. We’re not just doing it to be silly, we’re doing it because there’s a reason in the story as it unfolds. So that was key to it.”

The Great Escapists is available to stream on Amazon Prime Video from Friday, January 29.

The Grand Tour: A Massive Hunt is available to stream on Amazon Prime Video now.